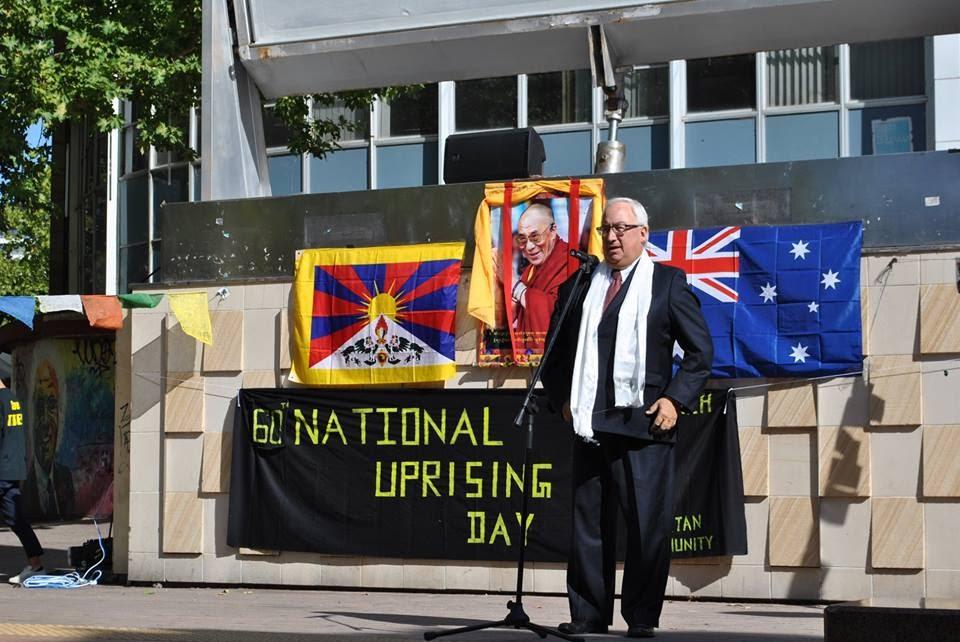 After the commemoration event, Tibetans and supporters marched to the Chinese embassy, chanting slogans for justice, human rights and freedom in Tibet.

At the embassy, Tibetans were addressed by a former political prisoner and by Chinese pro-democracy advocate, Professor Liu, ACT Branch President of the Falun Dafa Association of Australia.

The Australian Capital Territory Minister for Climate Change & Sustainability, Hon Shane Rattenbury said in his message, “I stand in solidarity with the people of Tibet on the 60th anniversary of the Tibetan uprising. We recognise the rights of the Tibetan peoples over their traditional homelands and their rights of self-determination including cultural and spiritual expression. It is with great sadness that we recognise that for the past 60 years the human rights situation in Tibet has significantly deteriorated. The Chinese government has used increasingly brutal methods to repress the Tibetan people’s people protests. …I extend my support to the cause of an independent and free Tibet, and I hope that one day members of Australia’s Tibetan community may once again be able to visit their homeland.”

“We, in India, know the pain of fighting for one’s freedom,” said Mr Dharminder Sharma, Vice President of the India Australia Association of Canberra. “India supports freedom in its oldest neighbouring country, Tibet. I assure you, on behalf of my community and my country, we are always with you in your freedom movement.”

Ms Caroline Le Couteur, Member of the ACT Legislative Assembly said, “We must thank those who resisted 60 years ago and those who continue to stand up for injustice today. For it is so often easier to choose the path of silence. It takes courage to stand up. The Tibetan people, and the Australian Tibetan community and their supporters, show courage today as they commemorate this anniversary… Imprisonments for peacefully protesting, restrictions on travel, restrictions on religious, cultural and linguistic heritage, and forcible resettlements are all taking place in Tibet. …Many Tibetans have been detained and tortured for doing what you all are doing today – for peacefully protesting. Our thoughts of solidarity are with those in Tibet.” 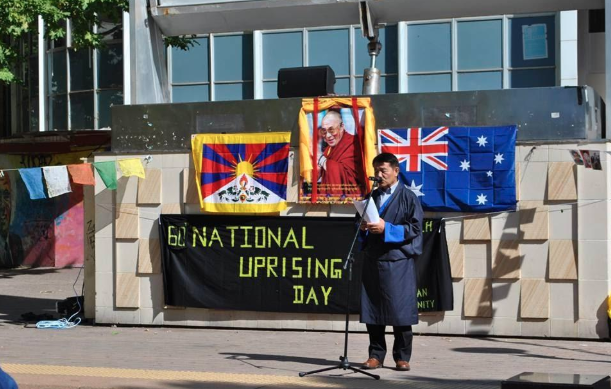 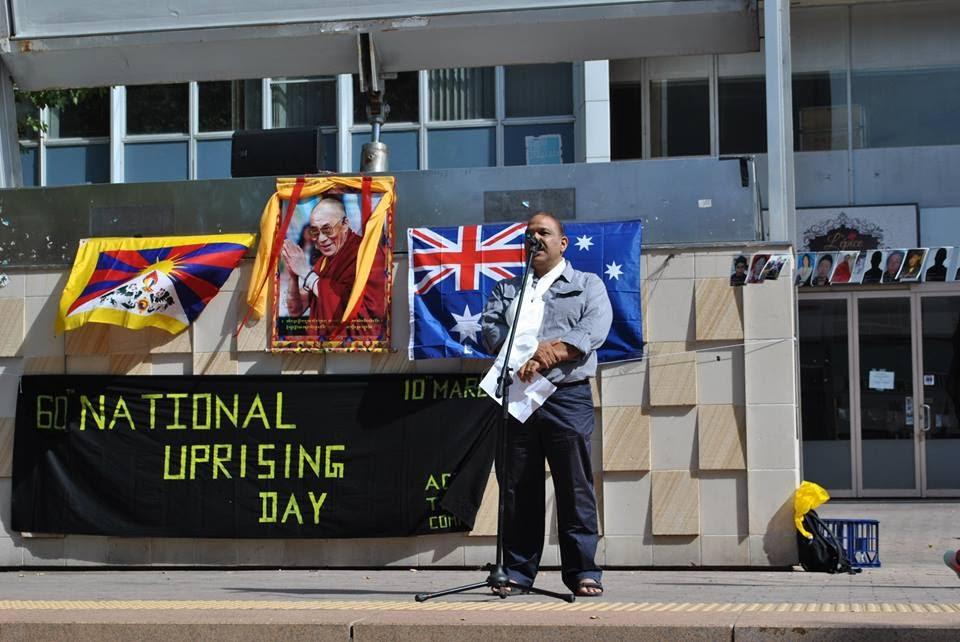 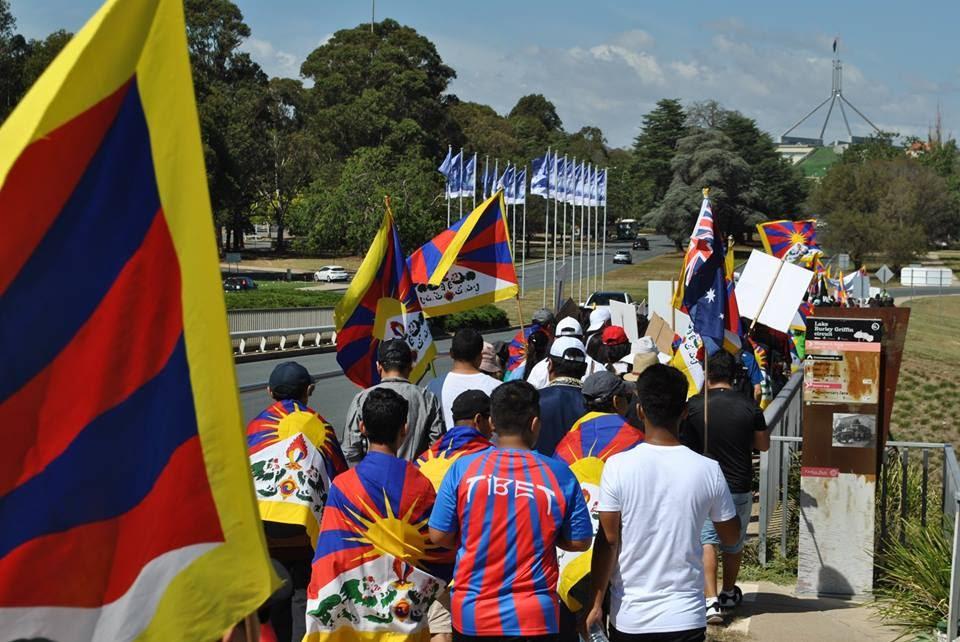 Tibetans from Canberra and New South Wales communities march towards the Chinese Embassy. 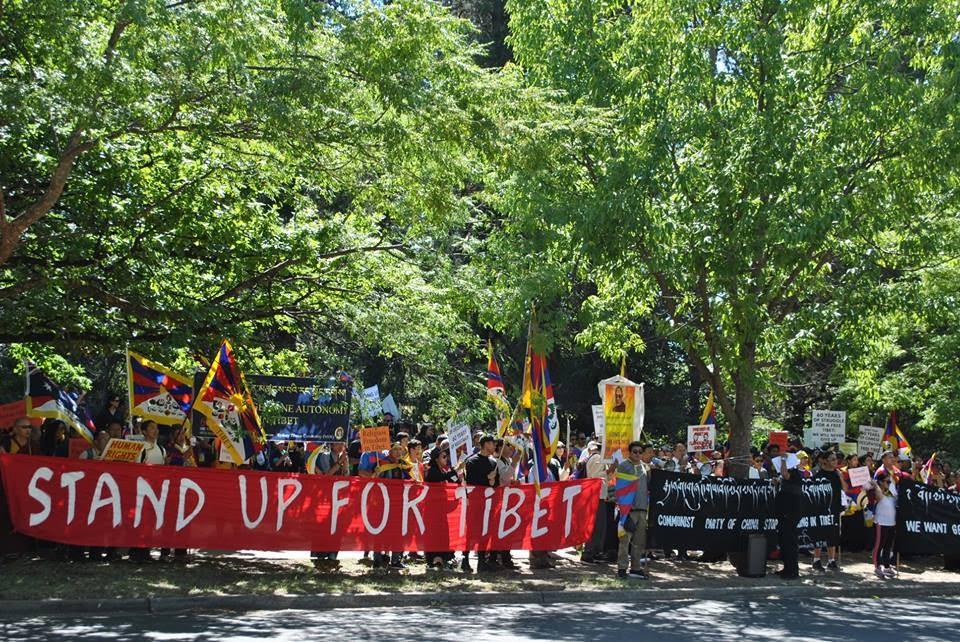 Tibetans from Canberra and New South Wales communities demonstrate outside the Chinese Embassy.