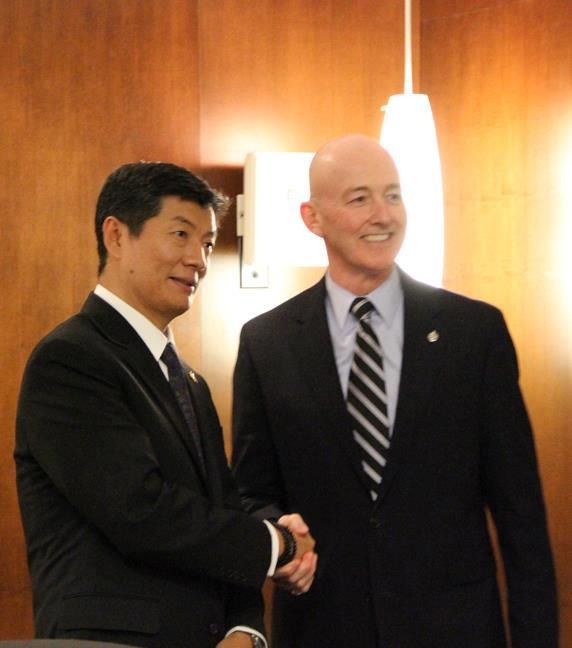 Ottawa, Canada:  “We are leading democracy in the world. We must stand up for freedom, democracy, and human rights. How can Canada just stand by when we have witnessed the persecution of Uyghurs, Tibetans, and Falun Gong practitioners by the CCP?” asked MP David Sweet for Flamborough- Glanbrook (Ontario) yesterday at the House of Commons during a session on the special committee on Canada-China relations.

The Conservative MP was addressing the appalling human rights violations in China by Xi Jinping led the Chinese Communist Party (CCP). In his statement to the House, MP Sweet highlighted the cases of China’s unprecedented persecution of Uyghurs, Tibetans, Falun Gong practitioners, and Christians.

The many alarming human rights violations committed by CCP should not become the yardstick to condemn and despise the Chinese people in general and other Chinese ethnic groups.

The Canadian MP illustrated that his critic statement of the Chinese government should not be held to blame the Chinese people as he noted, “Chinese people are oppressed people, oppressed by the CCP’s regime. It is a regime that they suffer under”. He further noted that Canada having been concerned by the actions of the CCP regime has voted for the formation of a special committee on Canada-China relations in December 2019.

MP Sweet claimed that CCP under the Xi-Jinping is a ruthless and totalitarian regime capable of inflicting brutal oppression on its ethnic and religious minorities and explained that CCP has a long, consistent, and deliberate pattern in flouting any acceptable international standards of human rights.

An excellent example of this is China’s oppression of Xinjiang’s Uyghurs. The Uyghur Muslim minority in China have been detained in re-education camps where they are brainwashed and forced into labor by the CCP. Moreover, the CCP has locked up Uygurs in crowded camps unconcerned of the outbreak and its rapid spread thus risking deaths of many in the camps.

One cannot talk about China’s oppressive regime without talking about the Tibet issue, the latter being the longest persecution of ethnic and religious minorities by CCP.

MP David Sweet has been a long-term Tibet supporter for as long as he has been MP. He has been vocal on the issues facing Tibet under the Chinese regime at the sub-committee on international human rights. 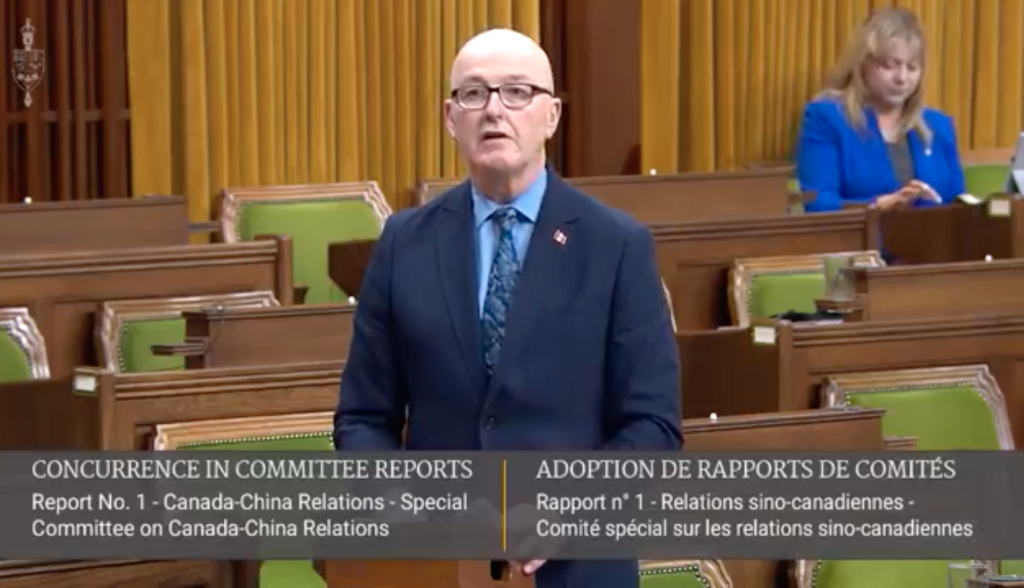 MP David Sweet for Flamborough- Glanbrook (Ontario) speaking on the floor of the House of Commons during a session on the special committee on Canada-China relations.

He believes that CCP considers Tibet’s long and proud history as a threat to its regime’s goal. Because of this, the CCP is driven by an ambition to crush and brutally crack down on any behaviour that they believe promotes Tibetan culture. So brutal are their measures that the Tibetan people are self-immolating in protest of the regime. Since 2009, 128 men 28 women have set themselves on fire to protest the regime.

Speaking to the rest of the MPs in the House, he asked, What have we become that we don’t shout from the rooftops and take sanctioning measures against the perpetrators of these heinous human rights violations?

Similarly, the Christian minority in China is another favourite target of the atheist CCP. The CCP has and wants to maintain control over their citizenry. Under Xi-Jinping, that grip has grown even tighter. Churches are being closed, pastors are being jailed at an alarming rate. There are ever-increasing random arrest and questioning by the state police.

The persecution of the practitioners of Falun Gong is another example of official harassment.

Lastly, MP Sweet highlighted the CCP’s persecution of its own people. He said that the majority of Chinese people live under the totalitarian regime that tightly controls everything. The internet, the content of their conversations, and the education systems, etc. “There is no freedom of the press, no freedom of religion, no consistent rule of law. All that stated to be arrested are ‘trumped-up charges’. The police answer only to the Chinese Communist apparatus”.

Crackdown on dissidents who are lawyers, journalists, bloggers, women advocates, and minority advocates are now ever more common under Xi-Jinping’s government. The CCP cares very little to no care for its own people.

In addition to these five examples of flagrant human rights abuses by the CCP,  MP David Sweet highlighted the case of two Canadians-Michael Kovrig and Michael Spavor who have been unjustly imprisoned by the Chinese government. He added that CCP’s consistent weaponizing of trade relations with Canada and other countries must be brought into condemnation.

He also brought to the attention of the House on China’s recent crackdown on Hong Kong. He added “While the world has been pre-occupied by COVID-19, China has been cracking down on Hong Kong hoping no one will notice. Thousands of Hong Kongers took to the streets to protest. We are witnessing the end of one country two systems agreement. We are witnessing the end of Hong kong”

He urged the leading democratic countries across the world to stand up to freedom, democracy, and human rights. He also prompted the Canadian government to do more than hope for dialogue.