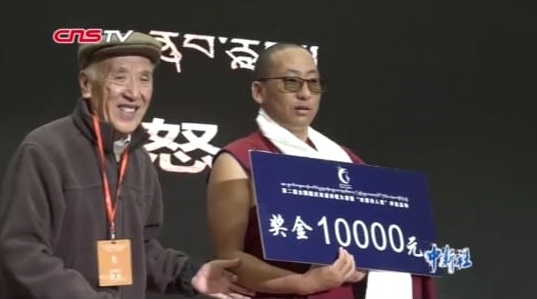 A Tibetan monk named Jigme Gyatso from Tibet’s Tsongon Buddhist University in Qinghai’s capital, Xining, has been detained by the Chinese government for over a year without a verdict.

According to reliable sources, In June 2021, the Qinghai Provincial police officers arrested Jigme Gyatso on charges linked to distributing poetry books to fellow monks at the Tsongon Buddhist University during a graduation ceremony.

The whereabouts of monk Jigme Gyatso remain unknown for over a year since his arbitrary arrest. He continues to be in custody without a verdict.

Jigme Gyatso, 36, is a native of Dosum (Ch: Duosong), Yulgan (Henan) and Thongko Dewa township in the Malho Tibetan Autonomous Prefecture (Huangnan). He is better known by his pen name ‘Nublung’ and had once won a poetry competition organised by the Lhoka prefecture in the southeastern Tibet Autonomous Region. Poets from all over the three regions of Tibet participate in this competition.