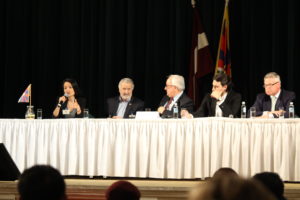 The Inaugural Session was held on 8 May, with an introduction delivered by Honorable Uldis Budrikis, Vice Chairman of Latvian Parliamentary support group Tibet. Followed by address by Honorable Pema Jungney, Speaker of Tibetan Parliament-in-Exile. The event also featured a special video message from Hon. Jim Mcgovern, Member of the United States House of Representatives, and Statement from Hon. Nancy Pelosi, Speaker of the United States House of Representatives.

Highlighting the inaugural event was featuring of a special video message from His Holiness the Dalai Lama. following which, a keynote address was presented by Chief Guest Hon. Andris Buikis, and Convention coordinator Janis Martin Skuja who is also a Chief of Society “Latvian for Tibet” delivered a  vote of thanks. The session’s Master of ceremony was Professor Toufic Kawar.

The second day of the convention continued with a panel session chaired by Prof. Michael Van Walt Praag, President, Kreddha, and professor of International Relations and International Law; ‘Framing the issues of Tibet’

This was followed by a talk on ‘China-Tibet History’ by Dr. Munin Chen, Vice President for International Affair, National Chung Hsing University and Professor at Graduate Institute of International Policies, Taichung, Taiwan.

The briefing session of the second-day panel discussion was chaired by Hon. Michael Danby, member of Australian Parliament and Hon. Parliamentarians who took active participation by sharing their views and suggestions.

The convention in Riga is held to garner more support from Parliamentarians of different countries and to assess the possible ways to resolve the Tibet issue through dialogue with the representatives of His Holiness the Dalai Lama and the Chinese leaders.

-Filed by the Parliamentary Secretariat 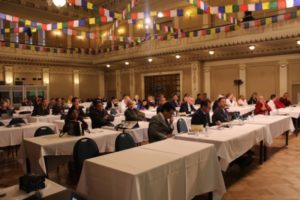 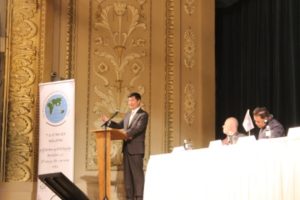