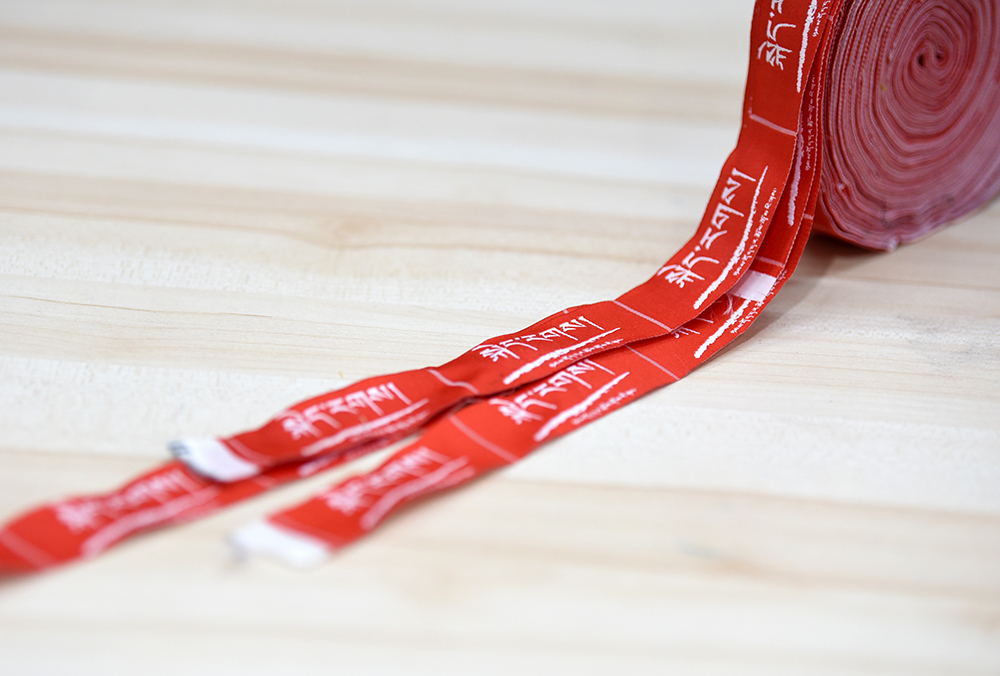 As I was passing by the premise of Gangkyi towards the office, the name KERAA strikes me, reminding a morning incident where I was searching for my belt at home.

I got curious that I went inside the shop.  Mannequins dressed up in traditional Tibetan dress was displayed on the shelf. I asked a lady whether the owner is there.

To my knowledge, I came to know that the store is owned by three school friends; Jampa Tendar, Yeshi Paljor, and Lhamo Tashi. Somehow I know Yeshi so I called him telling him that I would like to know more about his company. 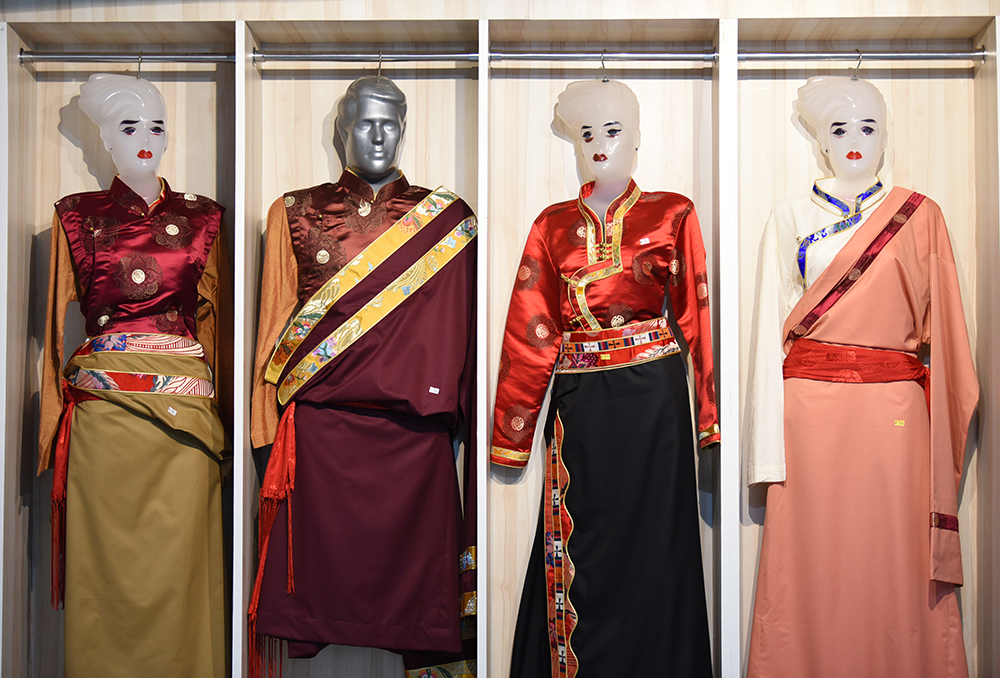 Mannequins dressed up in traditional Tibetan dress displayed on the shelf. Photo/Tenzin Phende/DIIR

Initially, I took photos of the newly opened store in Dharamsala. As I was looking through my lens, many questions rose in my mind that I must know from them. So I started asking Yeshi.

He started telling me how KERAA (སྐེད་རགས་) came into the business. Three school friend met up and planned this business. KERAA means belt in Tibetan and signifies unity. The company merges Tibetan ethnic style with modern fashion as well as manufactures traditional Tibetan dresses and handbags.

Their business model as of now is investing every profit into the business itself as clothes industry is capital intensive and clothes are expensive. They are gradually planning to open up chain stores in other parts of the settlement.

KERAA strives to preserve and promote Tibetan culture and to fulfill the His Holiness the Dalai Lama’s vision of self-reliant Tibetan society. It also aims to train, inspire and propagate and spread awareness about Tibetan culture. 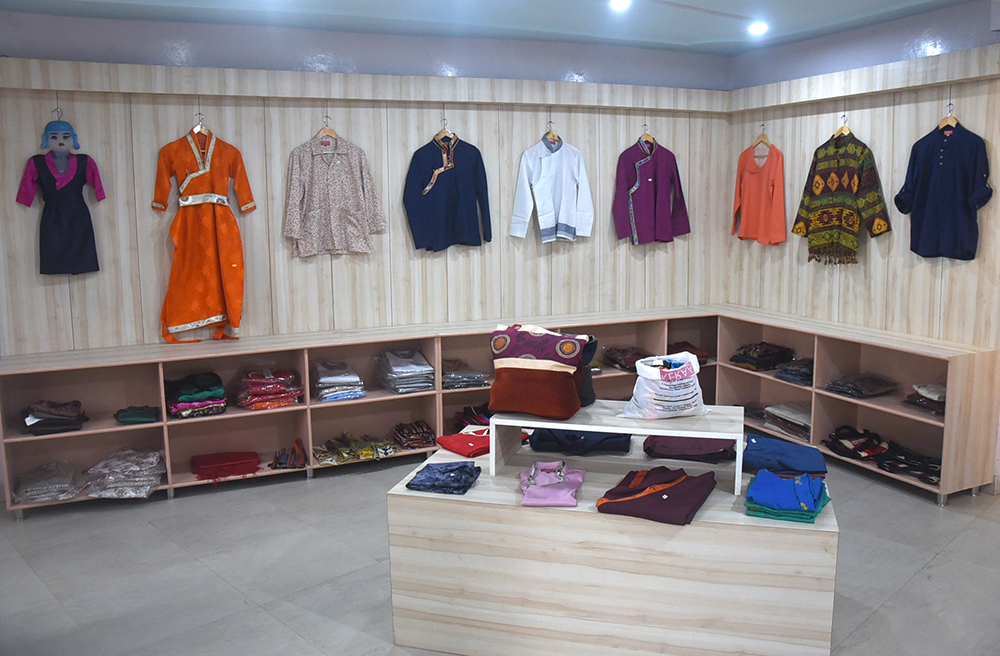 A wider view of stores with a different choice of dresses. Photo/Tenzin Phende/DIIR

Recently they started tailoring casual wear as a new collection. Every dress is customised as per the request made by the customer. KERAA serves both individuals and organisations such as monasteries and schools offering a discount for bulk order.

The main idea of KERAA is to enter the global fashion industry adapting Tibetan ethnic dresses to suit modern fashion wears. It operates from Dehradoon, where it hosts a second largest number of Tibetan customers of all age groups and it was inaugurated on 8 August 2015 by Lama Tenshab along with Clement Town dignitaries. Currently, their focus is on Tibetan traditional dresses and handbags. KERAA have adopted traditional tailoring method, where customers can buy materials or bring their own materials and tailors at KERAA manufacturing centre.

They also sell ready-made garments that are available at KERAA chain stores. They manufacture Traditional Tibetan garments as well as modern Tibetan fashion wears and handbags. Currently, KERAA has three stores; two in Dehradun and one new store Dharamshala. The market that they operate in is niche yet very active and vibrant. They operate in a monopoly market as there are no competitors from the locality on designing work in Dehradoon. Therefore customers are naturally driven to buy KERAA products and services. KERAA’s customers are currently Tibetans from all over the world with the majority from Dehradoon and Dharamshala. 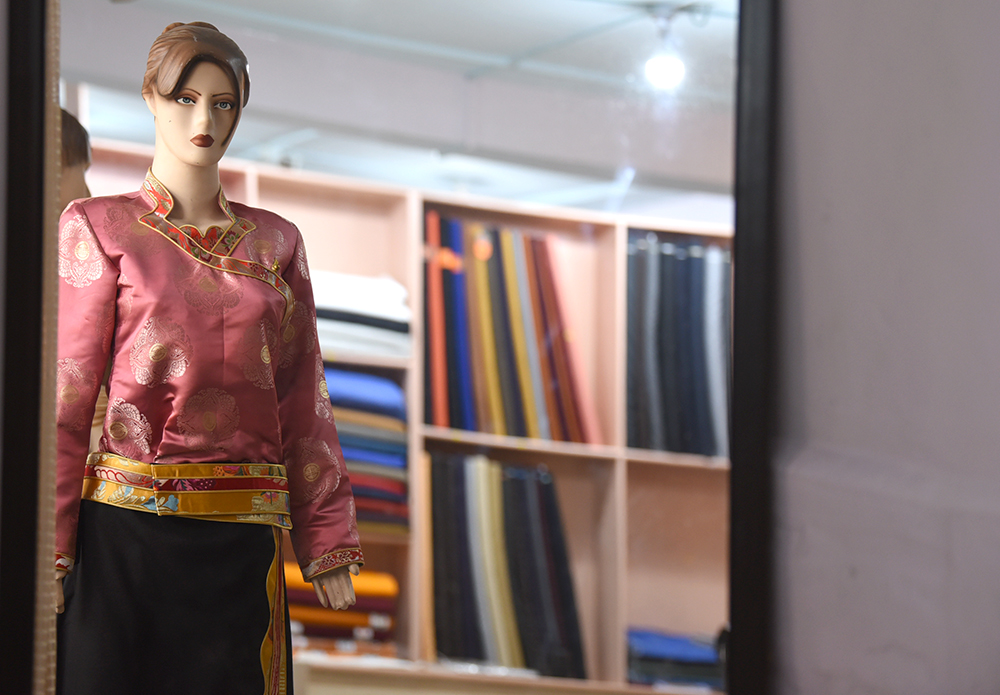 Reflection of mannequin through the mirror in the store. Photo/Tenzin Phende/DIIR

KERAA is one of the entrepreneurs that received investment fund from Tibetan Entrepreneurship Development program initiated by the Department of Finance, Central Tibetan Administration. Yeshi applauds TED’s incubation training as it was really helpful in establishing their company at the initial stage.

Currently, they have 14 labour working in Dehradoon and Dharamshala of which four are Tibetan. They were a clothing partner at HITA show during Kalachakra at Bodh Gaya. They are on way to create e-commerce in this age of digital technology.

You can visit their website www.keraa.in and Facebook page. They are going to launch a full-fledged e-commerce site soon. 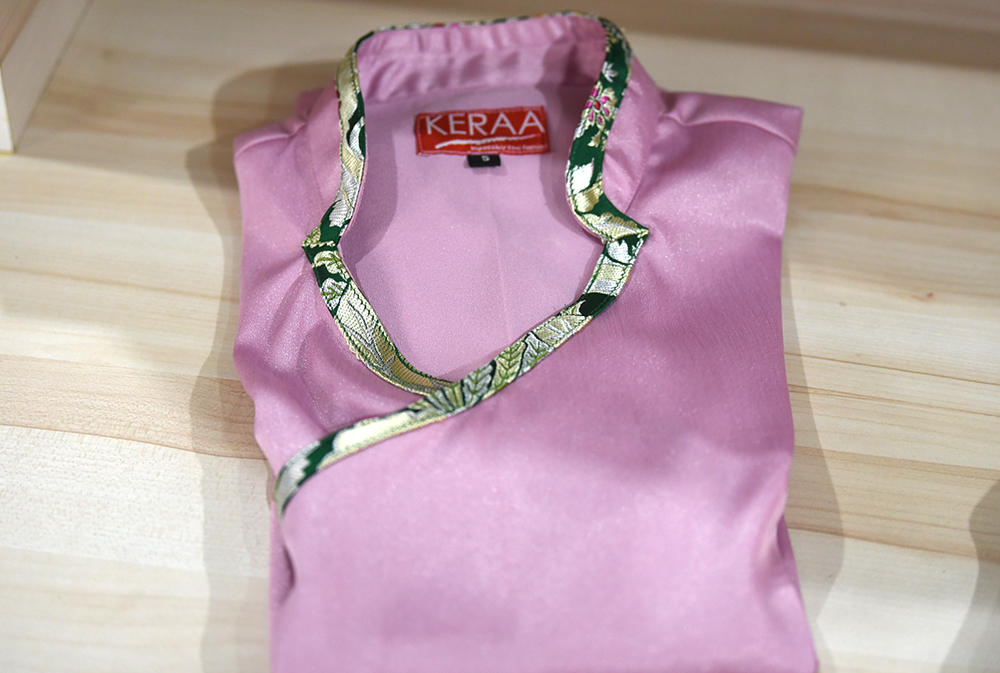 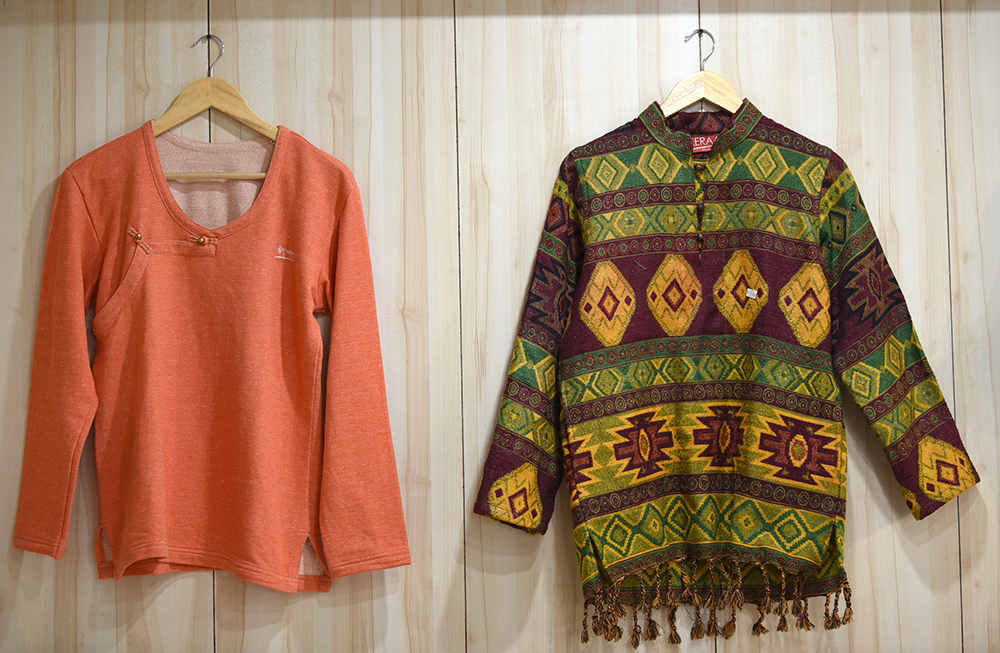 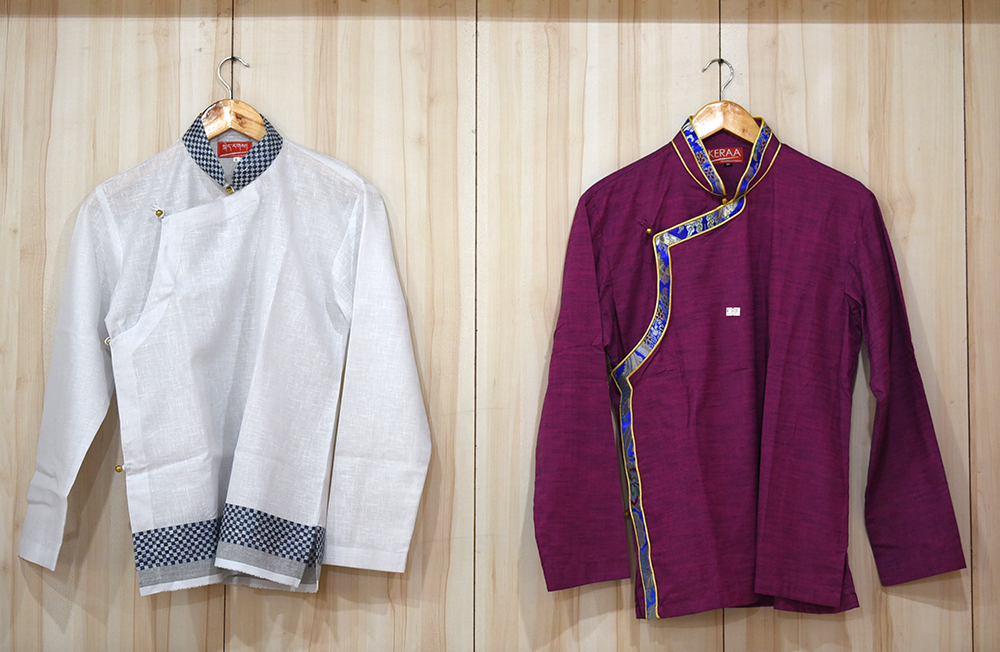 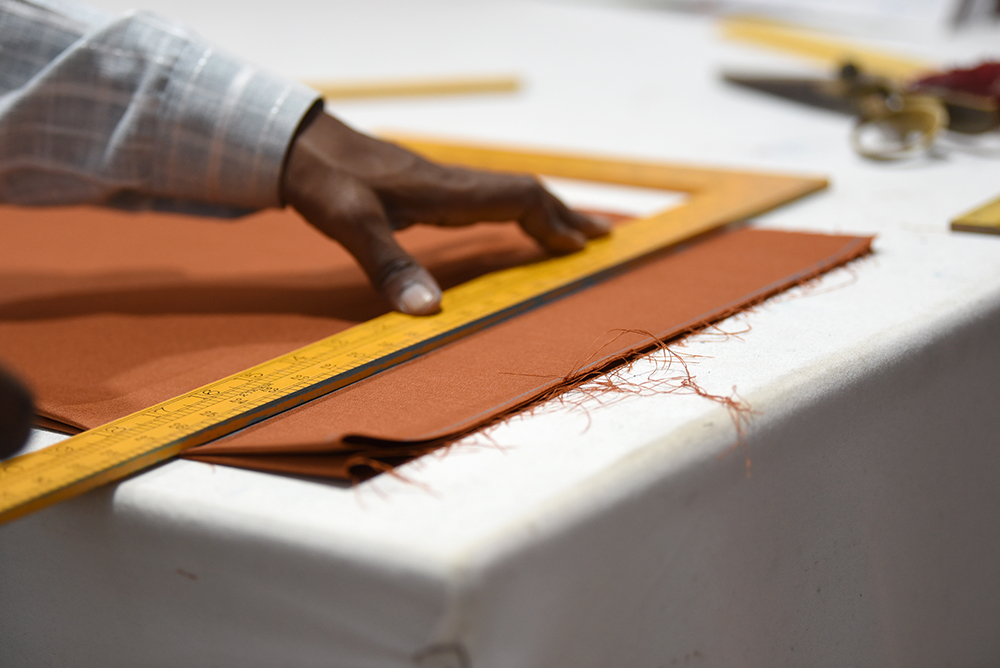 Tailoring master on a process to measure new clothes for preparing the order. Photo/Tenzin Phende/DIIR 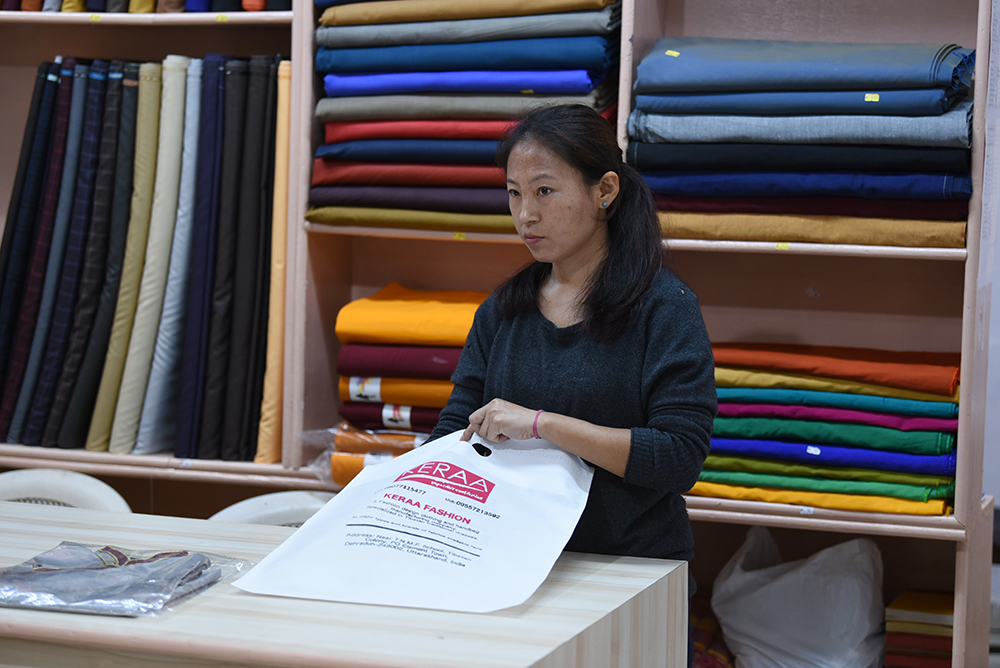 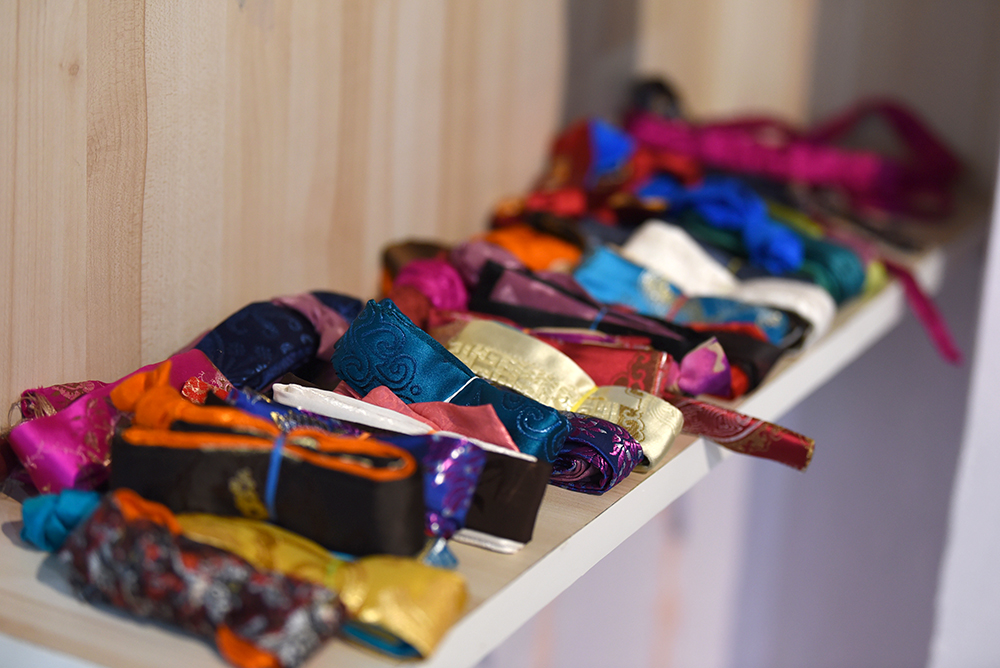 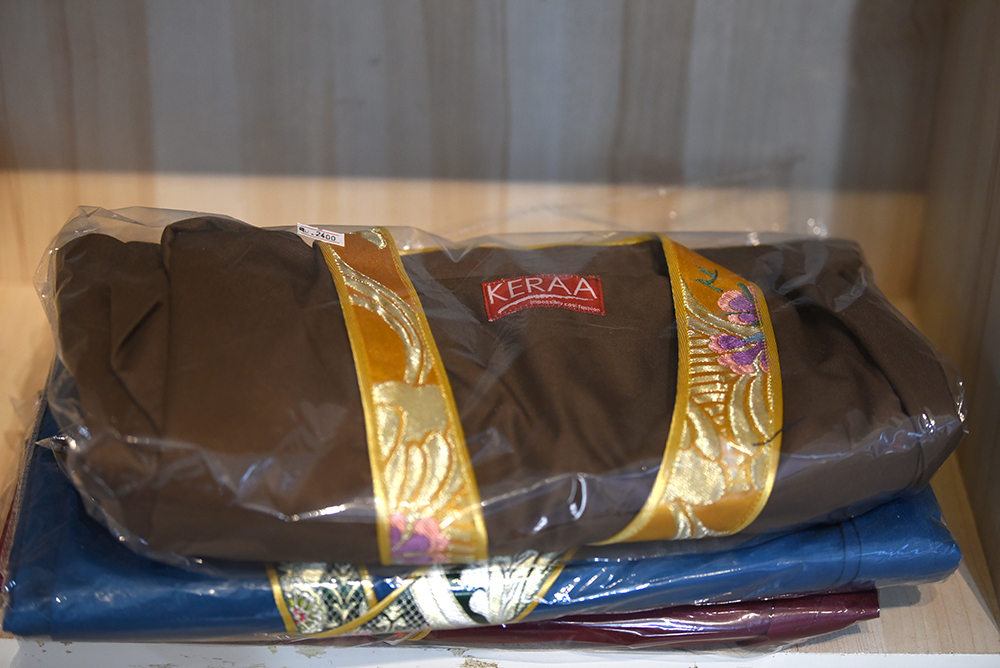 Tibetan Ready-made garment for a male at KERAA store 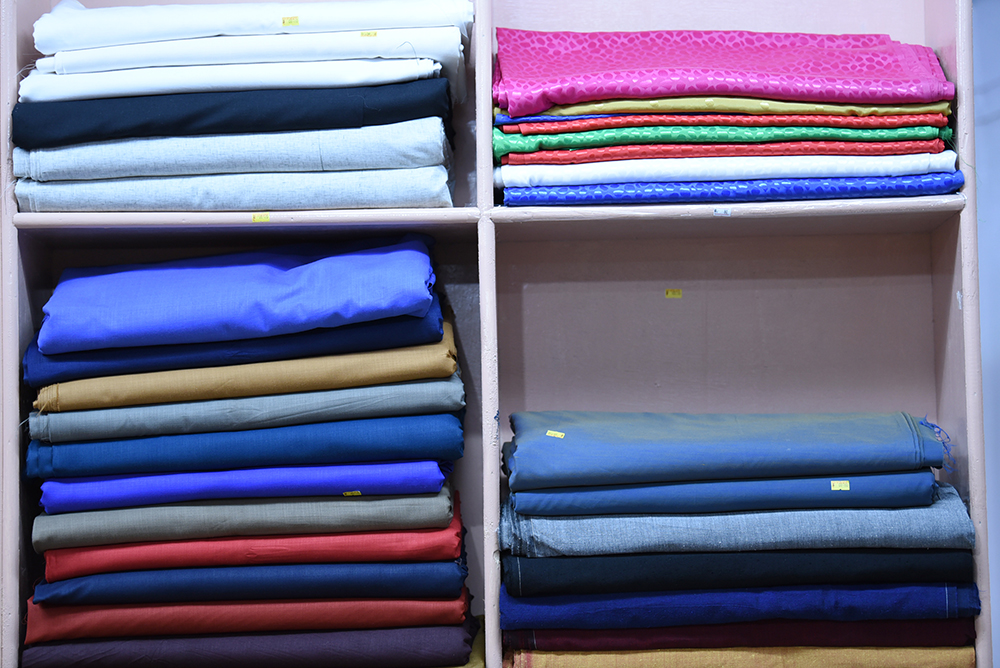 You can also buy clothes from KERAA store as they have fine clothes. Photo/Tenzin Phende/DIIR