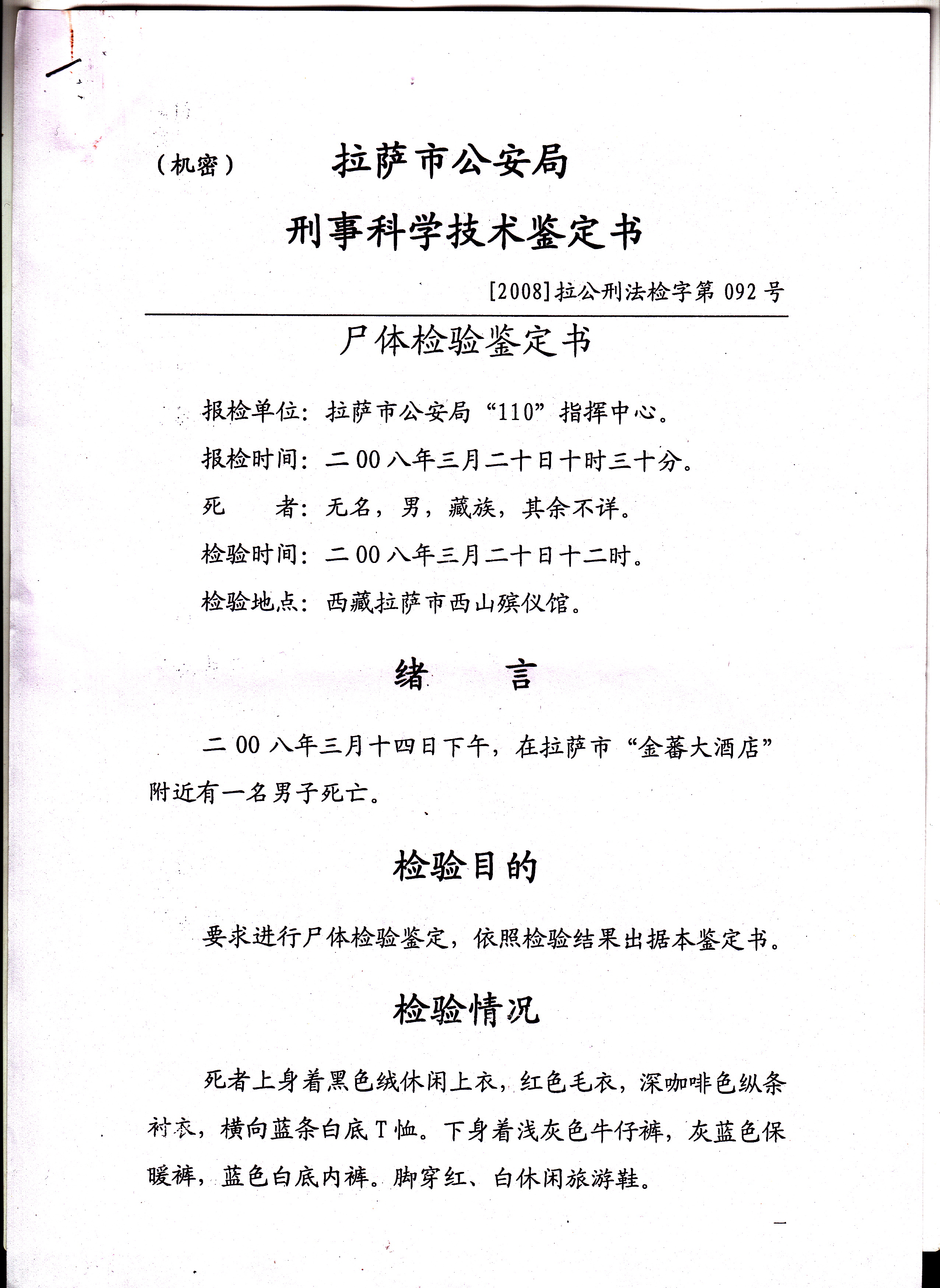 DHARAMSHALA: The Chinese security forces used disproportionate force including machine guns to kill Tibetans during the March 2008 protests in Tibet’s capital Lhasa, according to a leaked document obtained by a human rights organisation in India.

According to a report by the Tibetan Centre for Human Rights and Democracy (TCHRD) based in Dharamshala, the internal document titled “Document of the criminal and medical examination department of the Public Security Bureau, Lhasa” was prepared on 21 March 2008. It contains the list of the names of 22 Tibetans killed by Chinese security forces and autopsy reports of 4 Tibetans.

The document contains information not just about dead Tibetans, but also about where and when they had been killed, the places where their bodies were found. It said that 22 dead Tibetans were kept at Xishan mortuary in Lhasa and 15 died of gun shot wounds.

The human rights group said the leaked document provides irrefutable evidence that Chinese security forces killed Tibetans in different localities in Lhasa city during the initial protests in March 2008 that ignited the 2008 uprising in large parts of the Tibetan plateau.

China’s crackdown on peaceful protests by Tibetans across Tibet in 2008 left over 227 Tibetans dead. The deaths were caused due to indiscriminate firing by the Chinese security forces during the protests; severe beatings and torture of detainees during arrest, interrogation and detention; and a built-up of insurmountable repression that pushed some Tibetans to commit suicide. One death was caused either by starvation or suicide i the initial phase of the March 2008 protests when the major monasteries were sealed off and closed for days.