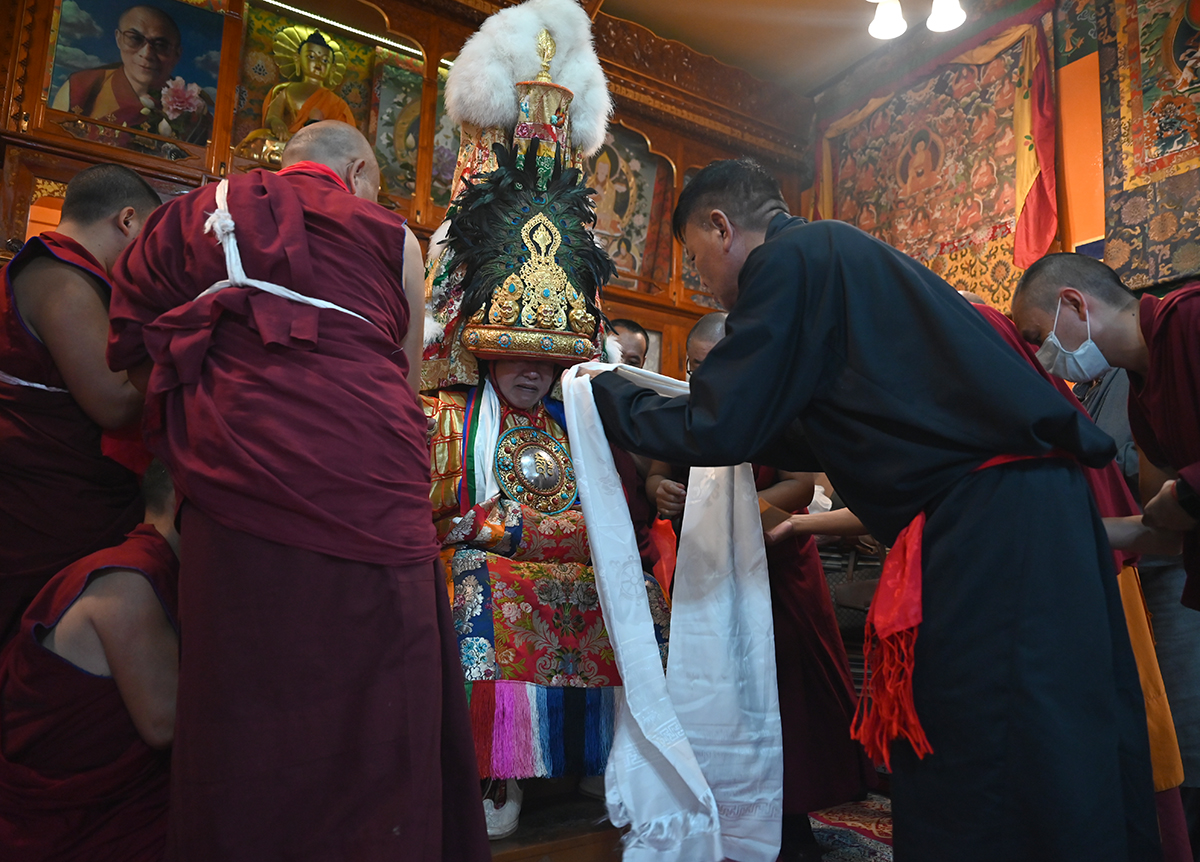 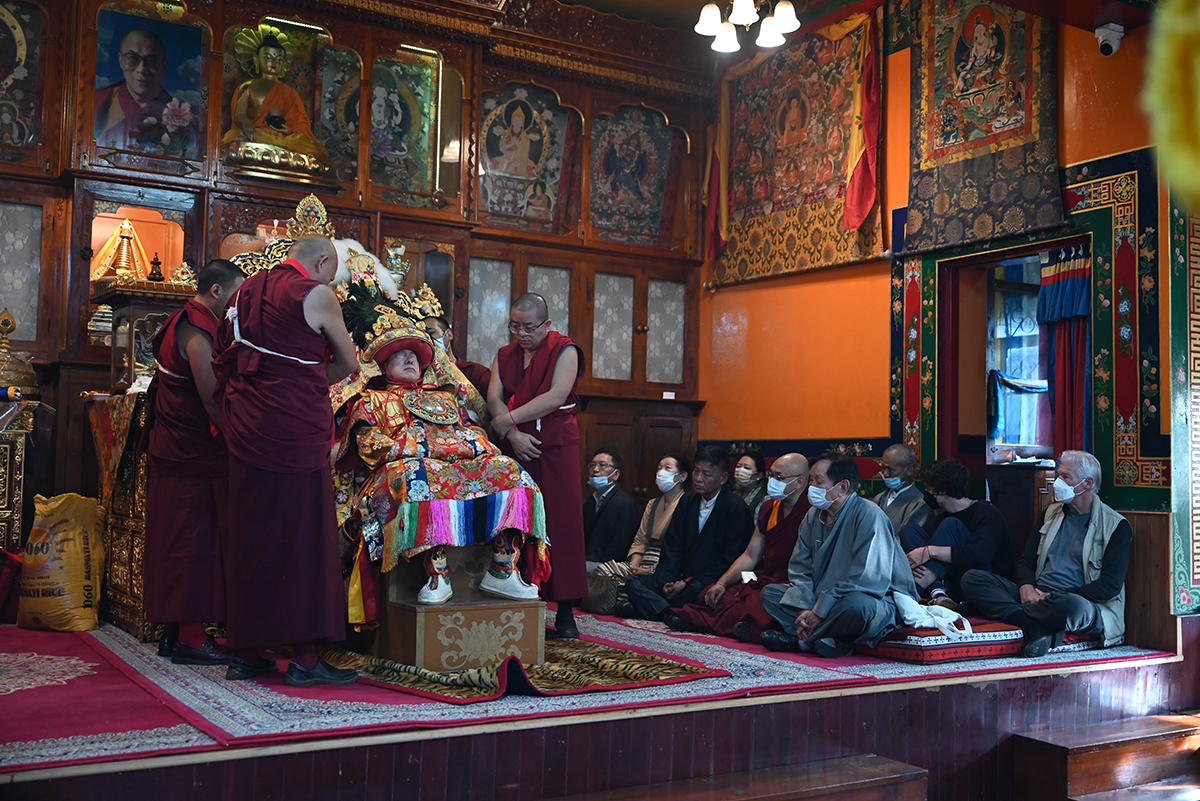 The appearance of Nechung oracle through the official medium during the invocation ceremony, 11 July 2022. photo/Tenzin Phende/CTA. 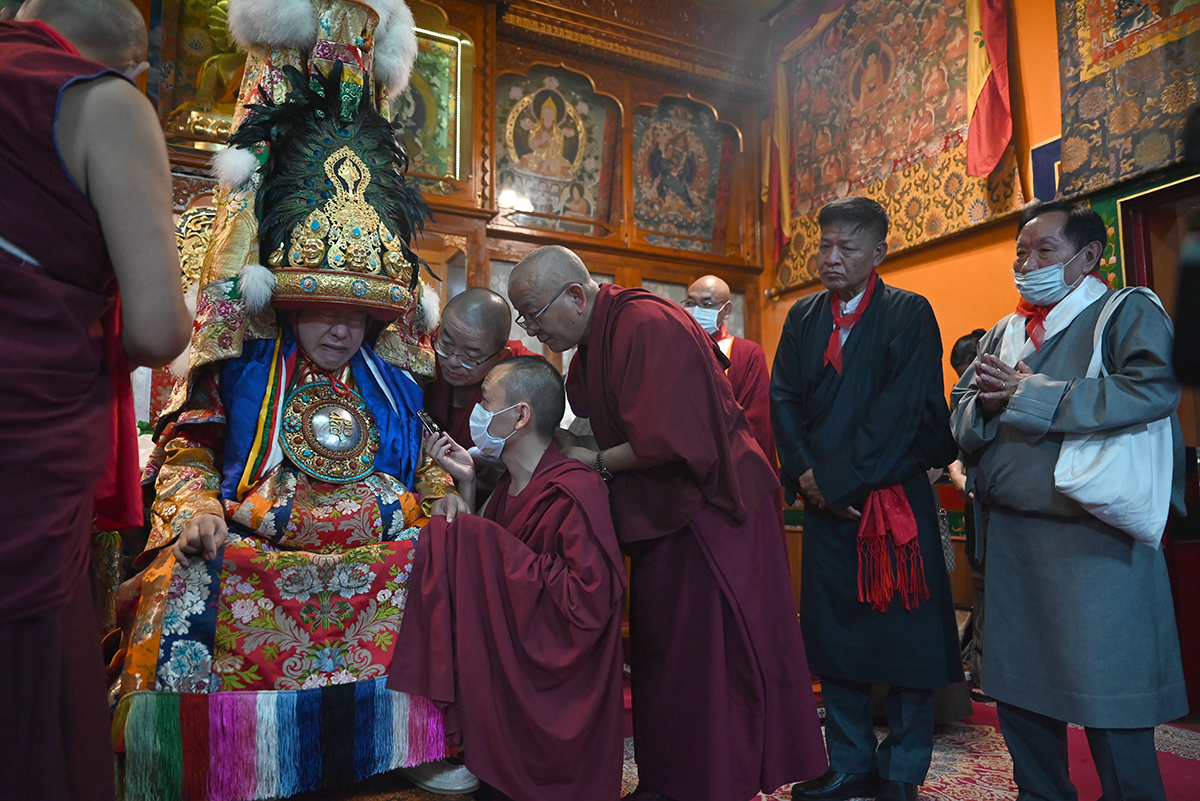 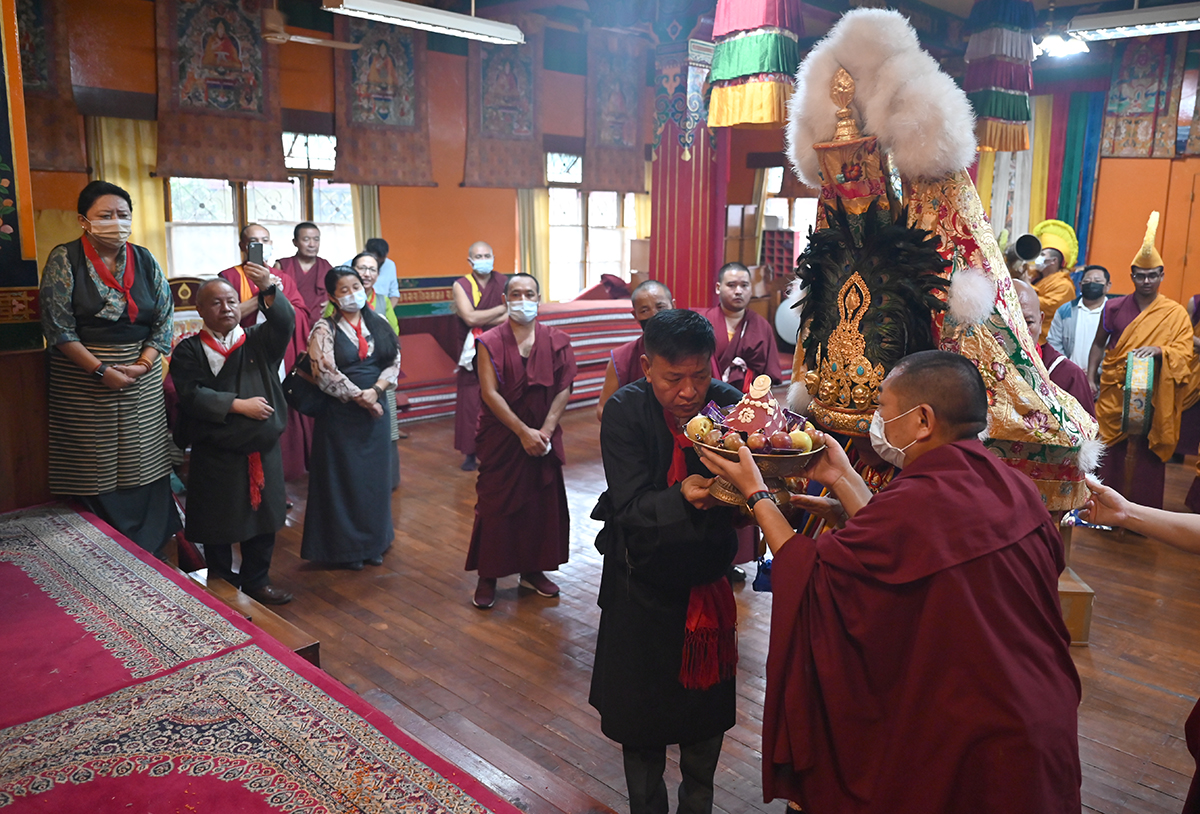