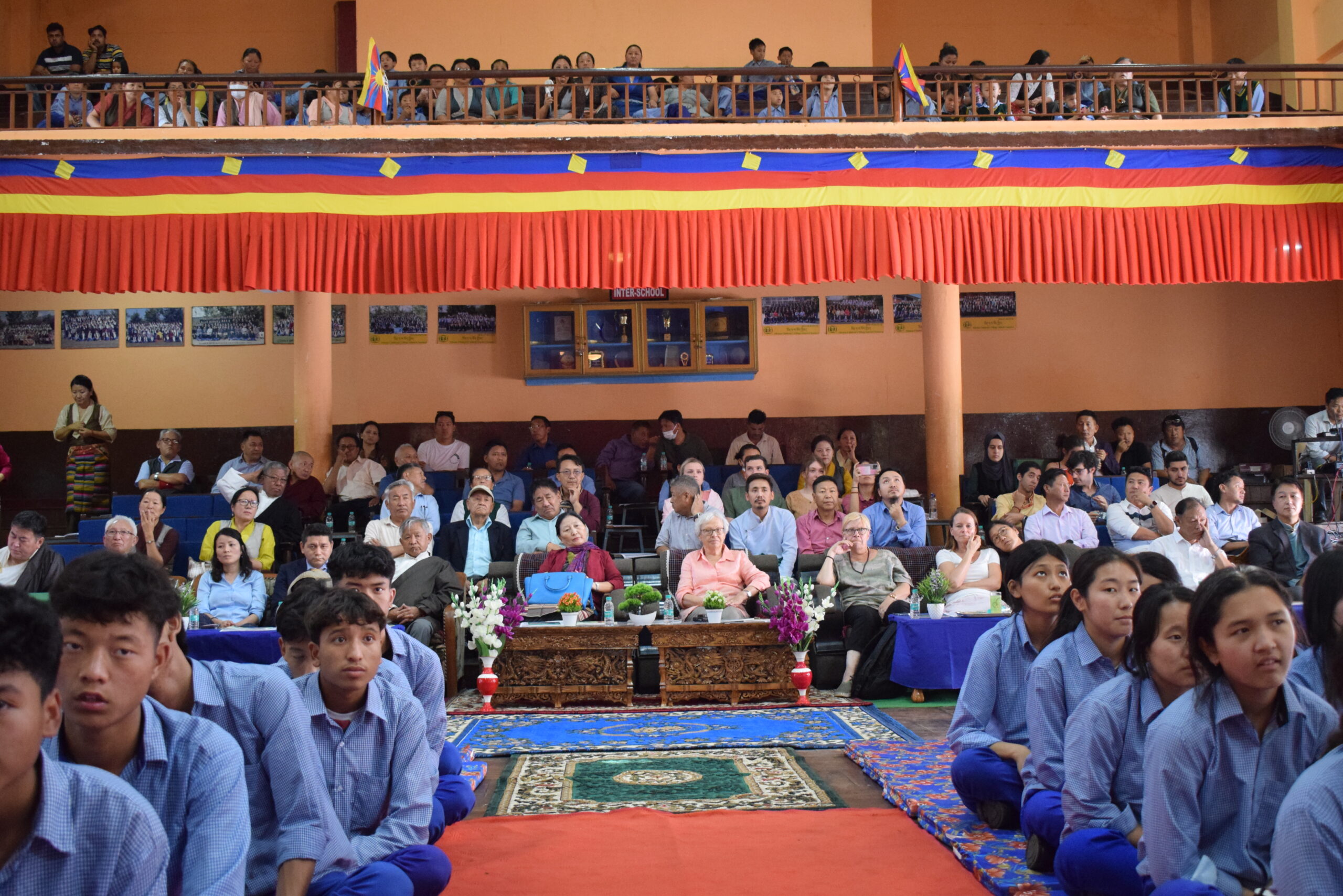 Dharamshala: Kalon Changra Tharlam Dolma of the Department of Education, CTA, attended TCV Chauntra’s cultural performance event, held to express gratitude to His Holiness the Dalai Lama, as a chief guest on 23 May 2022.

Following the school visit, the Education Kalon presided over the main function where the president of German Aid to Tibetans, Heide Meyer, and her colleagues took part as special guests. Other attendees at the event include the former student of the school, Dr Damdul, members of the Tibetan Local Assembly, Settlement Officer, President and the heads of TCV schools, head of the department’s Academic Section, representatives from the monasteries, directors of other local schools, representatives from governmental and non-governmental organisations, and former students.

In her address, the Chief Guest emphasised the importance of creating platforms for students to discover their talents in dancing and singing. Reminding the graciousness of His Holiness the Dalai Lama in providing traditional and modern education at the event, she stressed to students to be moral and dedicated towards service for the greater good through enthusiastic and persistent studying while dissuading them from being negligent. She further advised students to avoid indulging in junk food and pay close attention to their health.

Before concluding her address, Kalon Tharlam Dolma pointed out the primary teacher’s crucial role in building a foundation for students’ education and urged teachers to work hard to create an education interesting to students, asserting teachers as the pioneer of society.

During the show, a total of 378 students from four different houses of the school, namely Trirel, Trisong, Songtsen and Nyatri, showcased a variety of traditional songs and dances. 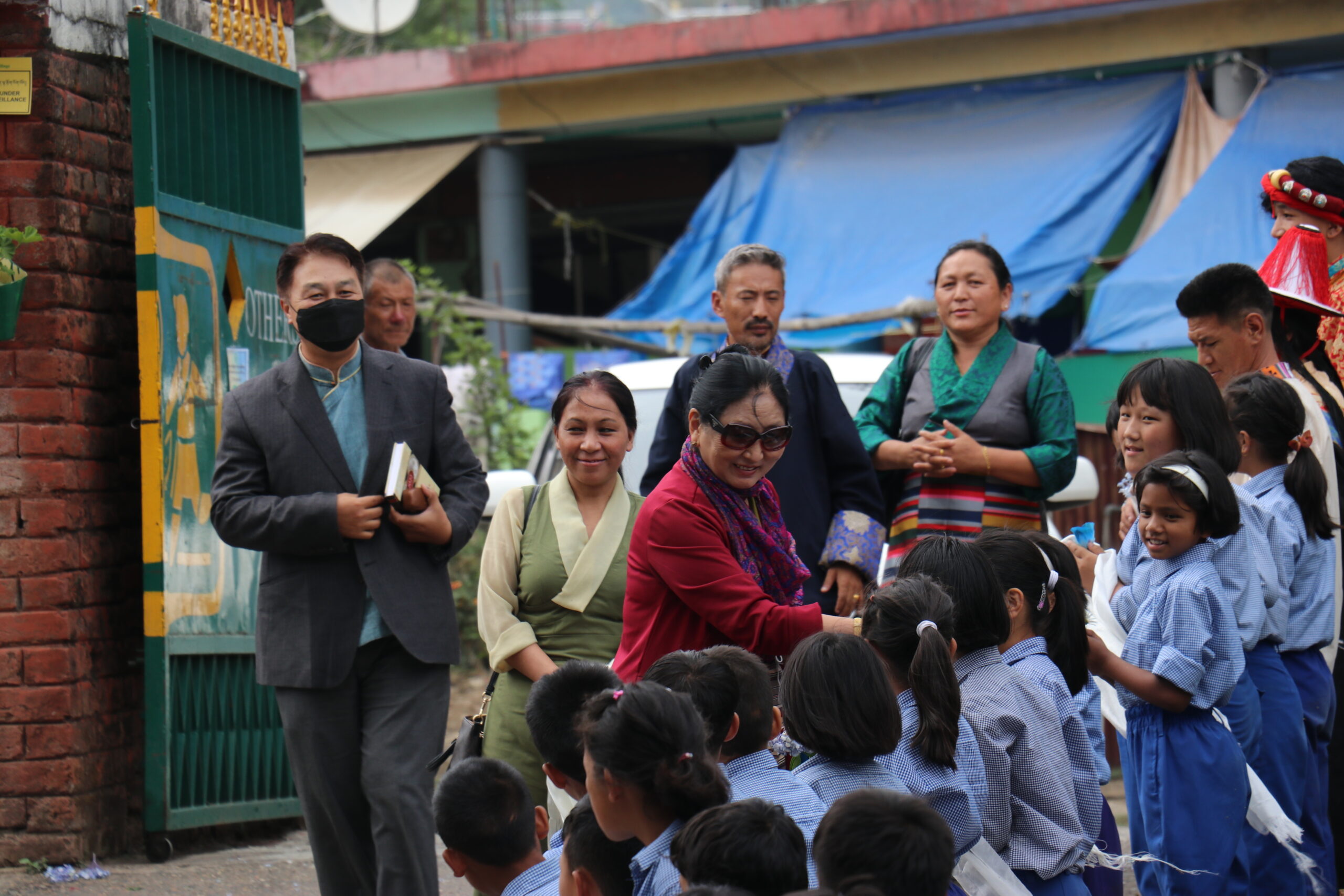 Kalon being greeted by Tibetan children. 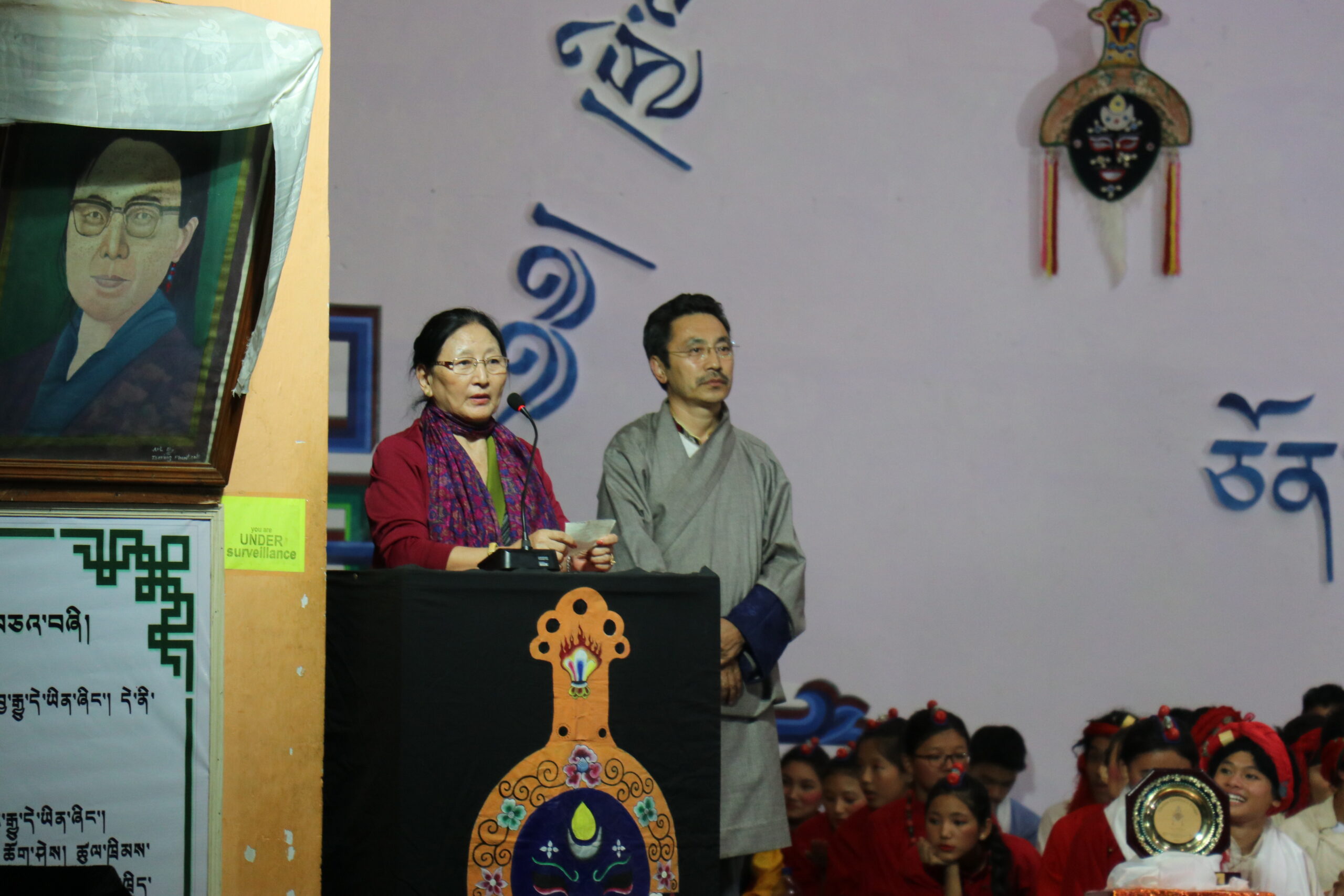 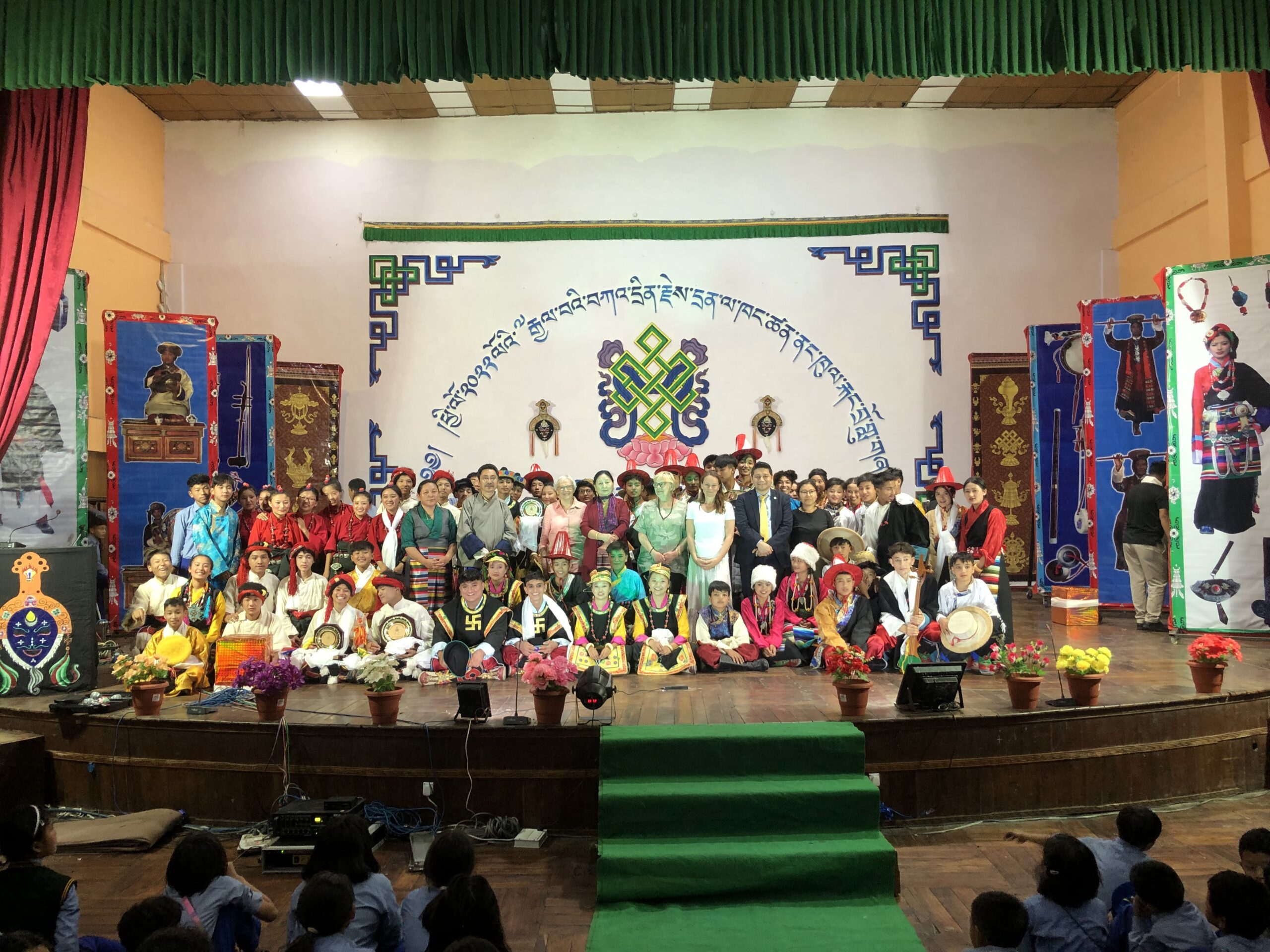 Group photo of the performers with Kalon.