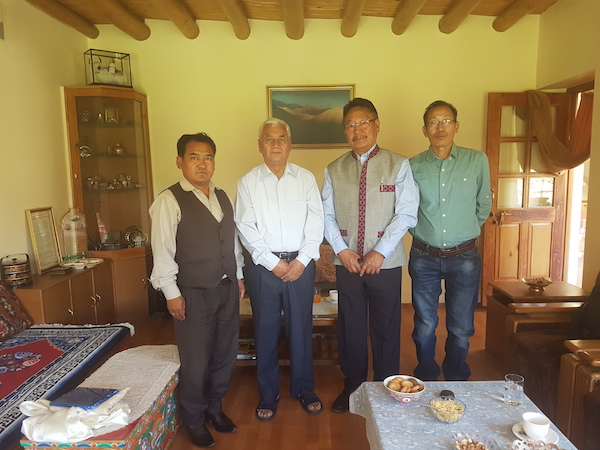 Kalon Sonam Topgyal Khorlatsang accompanied by Home Secretary Mr. Chhimey Rigzen paid a nine day visit to Ladakh Tibetan settlements from 6 to 14 August, 2017. He met with Dr. Sonam Dawa Lhunpo, the Chief Executive Councillor of Ladakh Autonomous Hill Development Council, executive councillors, concerned district officials and executive members of ladakhi non – governmental organizations in a series of meetings on 7 August, 2017 and had discussed with them on various issues related to the Tibetan refugee population in Ladakh.

On the second leg of his visit beginning August 8, Kalon accompanied by Home Secretary and the Chief Representative officer Mr. Tseten Wangchuk embarked on a five day visit to the Tibetan nomadic clusters in Changthang areas. During meetings with the Tibetans in these areas, Kalon Sonam Topgyal Khorlatsang spoke on wide range of issues primarily ranging from Kashag’s five-fifty strategy for sustaining Tibetan community in exile to Tibetan Rehabilitation Policy to the Government of India’s Scheme for strengthening Chanthang settlements.

On 13 August, Kalon Sonam Topgyal Khorlatsang called on Mr. Thupten Tsewang, Member of Parliament at latter’s residence in Leh. He thanked Mr. Tsewang for receiving him and expressed his gratitude to the leaders and people of Ladakh for taking good care of the Tibetans living in Ladakh. He also apprised Mr. Tsewang on several issues facing Tibetan settlement and nomadic population in Nyoma and Maque and requested his intervention to alleviate them. Besides, he also discussed in length with Mr. Tsewang on the significance of Government of India’s scheme for strenthening Changthang settlements and requested him to expedite its implementation for the benefit of both the local and Tibetan population in the Changthang areas.

In the evening, Kalon Sonam Topgyal Khorlatsang addressed a Tibetan public meeting at the community hall in Tibetan Sonamling settlement. Apart from other important matters, he spoke in length on the importance of CTA as an institution, Kashag’s five-fifty policy and about his meetings with the Ladakhi political leaders, officials, and member of non-governmental organizations. He also advised the Tibetans not to sell their lands which are temporarily given to them for living and doing so, he emphasized, is illegal and goes against the CTA’s rules and regulations governing land use in the settlements.

After a fruitful nine day visit to Leh and Changthang areas of Ladakh, Kalon departed for Jammu early morning on 14 August, 2017. 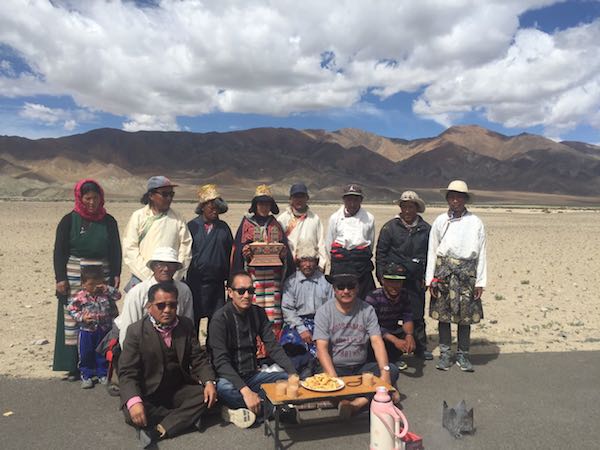 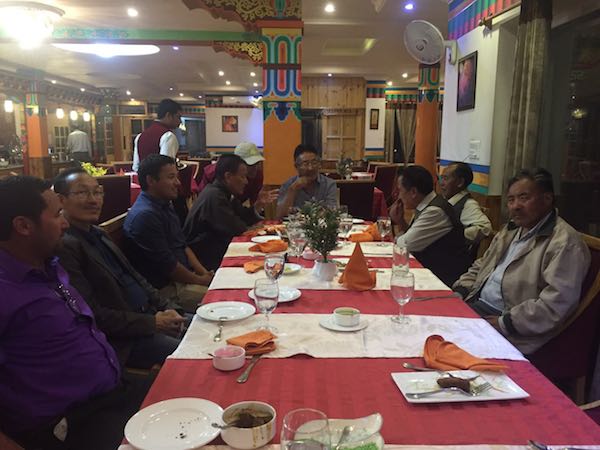 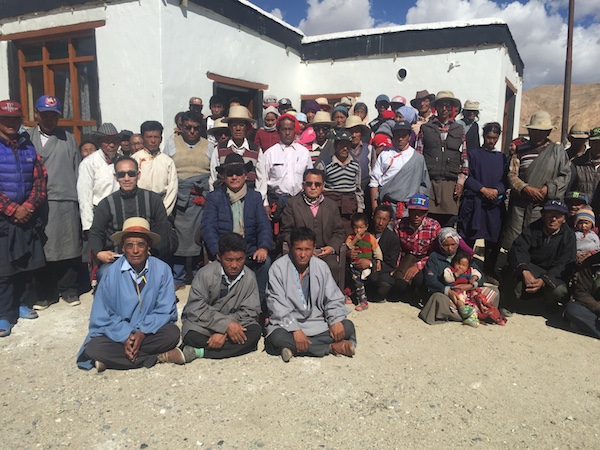