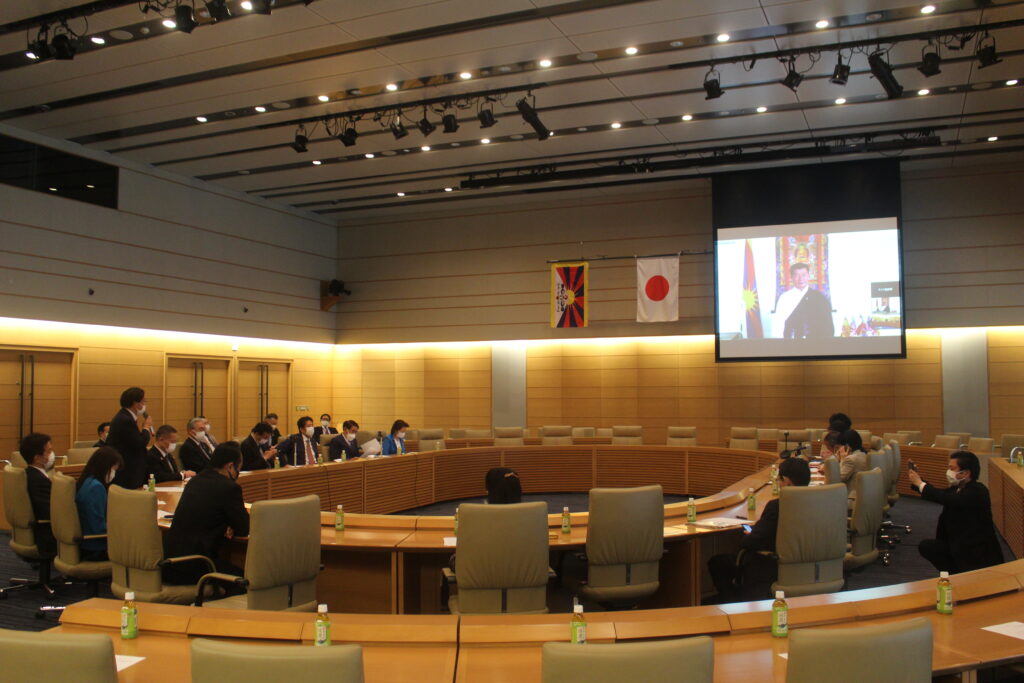 TOKYO: The All Party Japanese Parliamentary Support Group for Tibet today organised an online meeting to felicitate Sikyong Dr. Lobsang Sangay as he is completing his two-term tenure and they assured their continuous support for the Tibetan cause. The executive members of the All Parliamentary Support Group for Tibet and other parliamentarians attended the meeting held at the International Conference Hall of the Japanese parliament building in Tokyo.

In his address from Dharamsala, India, Sikyong Dr. Sangay thanked the people and government of Japan for their unwavering support for the truth and justice of the Tibetan cause during the meeting attended by former Japanese prime minister Mr. Shinzo Abe and Mr. Yasuhide Nakayama, vice defense minister.

While recalling his first meeting with Mr. Shimomura Hakubun and Ms. Sakurai Yoshiko, president of an influential think tank in Japan, during their visit to Dharamsala under the leadership of former PM Mr Abe, Sikyong said since then he regularly visited Japan. Sikyong expressed his profound happiness to learn that the number of members in the All Party Japanese Parliamentary Support Group for Tibet has increased to 98.

Praising Japan for playing a major role in supporting Tibet, Uyghur, Mongolia, Hong Kong and Taiwan, Sikyong said doing so in Japan is sending a message that human rights are fundamental and democracy is universal. These values are in contrast with what China says is socialism with Chinese characteristics.

He expressed fear that the choice before the whole world is that either you transform China or China will transform you. “Either you transform China to make it more democratic where they respect human rights of the Tibetans, Uyghurs, Mongolians, people of Hong Kong and Taiwan or China will dictate and impose their socialism with Chinese characteristics all over the world including Japan.”

Sikyong said according to Freedom House report the situation in Tibet is as bad as in Syria and all sorts of human rights violations are taking place in Tibet. “Monasteries are being demolished, Tibetan language is discouraged and more than half a million Tibetans are uprooted from the nomadic areas and put them in labour camp-like situations to assimilate Tibet into China. This assimilation drive is threatening the very identity and civilization of Tibetan” he added.

In his address, Mr. Shimomura Hakubun, former education minister of Japan and who is the chairman of the Japanese Parliamentary Support Group for Tibet, expressed his happiness of having the opportunity to hold today’s online event to felicitate Sikyong Dr. Lobsang Sangay and thank him for his leadership of the Tibetan government in exile based in Dharamsala.

Mr. Shimomura recalled that the inspiration for the creation of the Japanese Parliamentary Support Group started 10 years ago when he got the opportunity to accompany former prime minister Mr. Shinzo Abe, Japanese lawmakers and Ms. Sakurai Yoshiko visited India for a meeting organised by Japan Institute for National Fundamentals (JINF), to strengthen ties with India. He said following the meeting Ms. Sakurai told him that she was able to get an appointment to meet Tibetan spiritual leader His Holiness the Dalai Lama in Dharamshala, following which we travelled to Dharamsala by flight and road, which were in bad condition.

‘After we reached Dharamshala, we met Sikyong Dr. Lobsang Sangay at his modest office and spoke at great length about the Tibet issue and learned about his interest in building human resources by educating Tibetans. We readily expressed our desire to His Holiness and Sikyong about creating a parliamentary support group in Japan to support the Tibetan cause’.

He also reaffirmed that they will continue to strengthen their support and make concerted efforts to help the Tibetan people, while adding that they had specially invited former prime minister Mr. Shinzo Abe to the online felicitation ceremony and were hopeful for his participation in the parliamentary support group for Tibet.

He further said the parliamentary support group is in the process of making a resolution to condemn the Chinese government for its egregious human violations in Uyghur and table it in the parliament after thorough discussion with the other parliamentarians.

Expressing deep appreciation and respect for his hard work in the last 10 years of his leadership of Tibet, he expressed conviction that Sikyong Dr. Sangay will continue to engage in activities to represent Tibet and the Tibetan cause as a world leader after his retirement.

Addressing the meeting, former prime minister Mr. Shinzo Abe said he felt glad to be invited to felicitate Sikyong Dr. Sangay. Mr. Abe expressed appreciation for Sikyong Dr. Sangay for his 10 years of leadership to realize the rights of the Tibetan people through building a strong network with the international community.

Recalling that he called for the improvement of human rights of the Tibetan people during his meetings with Chinese president, he said unfortunately the situation has not improved.

Mr Abe said though he is no longer prime minister, as a parliamentarian, he will work with parliamentary support groups and the international community to improve the situation in Tibet. He said in order to do so he will make close cooperation with Sikyong Dr. Sangay and wish him success in his future activities.

In her address, Ms. Sakurai Yoshiko said: “We don’t think the issue of Tibet is unrelated with Japan. Though we want to preserve good relations with big neighbouring China, we cannot disregard values like human rights, freedom, democracy and rule of law. We strongly think that these values have to be respected in Tibet too.”

Expressing appreciation for the Japanese political parties for creating the world biggest parliamentary support group, “but I feel that our way to destination is still far”, Ms Sakurai said, expressing wish to continue to work towards the resolution of the issue of Tibet and hope that Sikyong will continue to advocate the cause of Tibet though he has put all his efforts during his 10-year tenure. 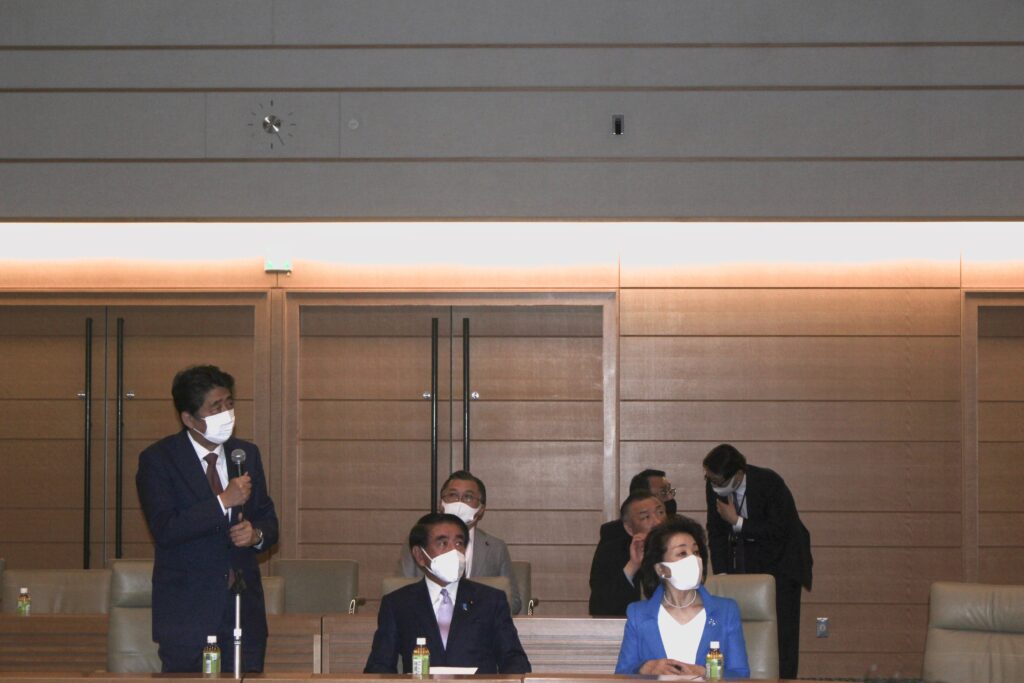 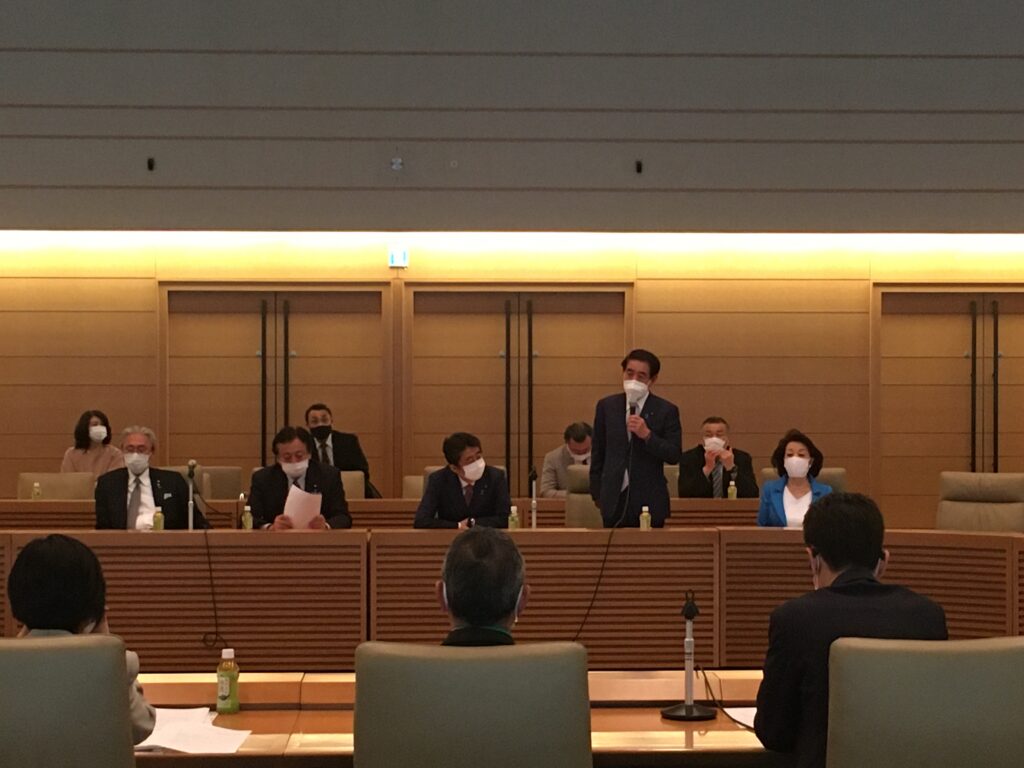 Mr. Shimomura Hakubun, former education minister of Japan and who is the chairman of the Japanese Parliamentary Support Group for Tibet at the online meeting. 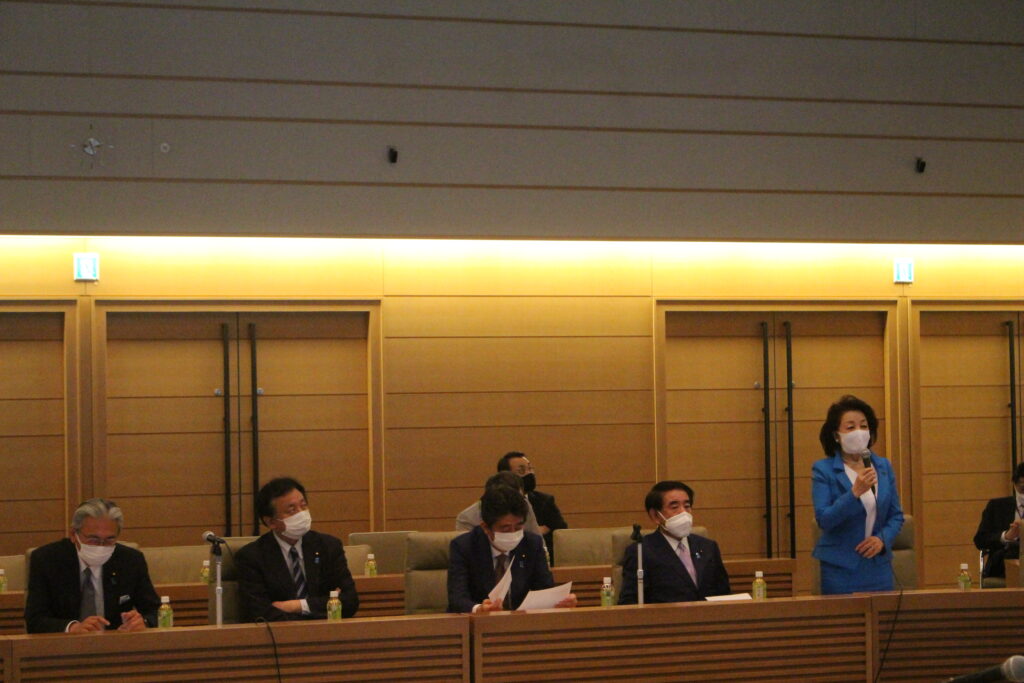 Ms. Sakurai Yoshiko, President of Japan Institute of National Fundamental, an influential think tank in Japan and one of the strongest voice for Tibet in Japan. 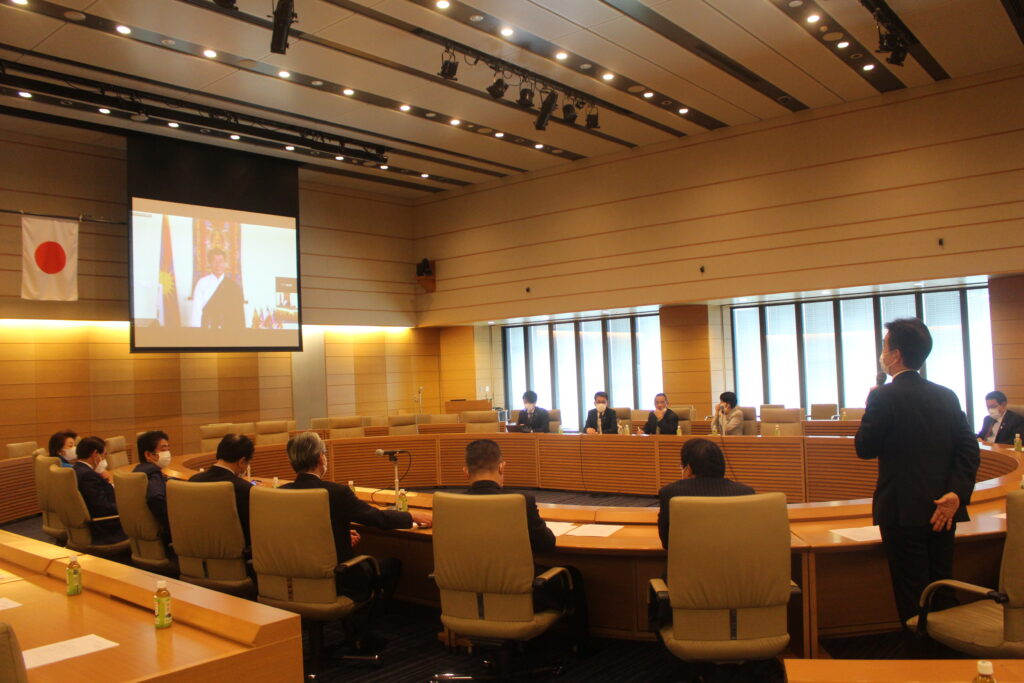 The online meeting in session.