Debate on Tibet Loom large at U.S. Senate Confirmation of Terry Branstad as the U.S. Ambassador-Designate to China 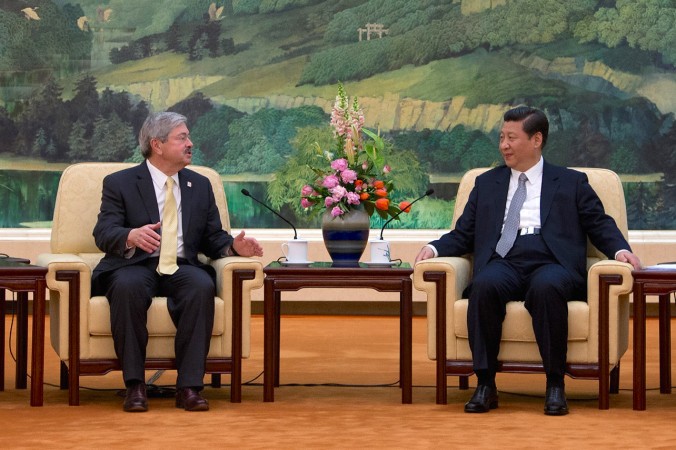 Dharamshala: The U.S. Ambassador-designate to China, Iowa Governor Terry Branstad, faced a series of questions regarding Tibet and Human Rights at the Senate Confirmation hearing.

Senator Ben Cardin (D-MD), another Ranking member of the Committee, expressed his deep concern at the “deterioration of human rights in China and the environment for civil society and independent voices in that country.”

Senator Ben expressed concern over few crucial areas; whether the Dalai Lama will be allowed to return to Tibet or not; the unknown whereabouts of the 11th Panchen Lama; whether authorities will release Nobel Laureate Liu Xiaobo in 2020 or not; not knowing if the people of Hong Kong will be able to continue to exercise genuine autonomy or not. But he is rest assured that Xi Jinping is set to remain in power for another five years.

Ambassador Branstad stated that if he is confirmed to be the U.S. Ambassador to China, he would work every day to represent American Values to the leadership of China and the Chinese people at large, values that include protecting human rights, a free and open market, a rules-based order in the oceans surrounding China and the importance of a free press.

When Senator Cardin asked Ambassador-designate about how he would intend to advance their values on human rights, if confirmed as Ambassador he replied saying: “Human rights is very important. It is a bedrock of American value system… It would be my intention as ambassador to bring in and to bring up these difficult issues that Chinese leadership may not particularly want to talk about but are important. I am not afraid to do that… When Americans or anyone else in the world is not treated fairly, I as the Ambassador need to bring that issue up to the people in power in Beijing.”

Senator John A. Barrasso (R-WY) asked Ambassador-Designate how he would balance engaging China on the economic front while also demonstrating the nations concern about China’s human rights violation saying it engages in serious human rights abuses, including political and religious repressions.

The Ambassador-designate responded saying that the United States has always stood for the human rights for all the people in the world and he thinks that it critical for the Ambassador to make that point and look into other issues at the same time. “I don’t think religious people should be persecuted and so I think it is very important that we protect human rights, including freedom of speech and freedom of religion”, he added.

Towards the end of the session, Senator Marco Rubio (R-FL) wanted a commitment from Governor Branstad that he would raise the human rights cases with the Chinese Government and he also mentioned its importance to the human rights community to which the Governor responded, “I will do that”. He also stressed on the fact that Chinese Community and the Chinese people does not bear any kind of similarity.

The Senate will eventually confirm Governor Terry Branstad as the U.S. Ambassador to China in the forthcoming days.