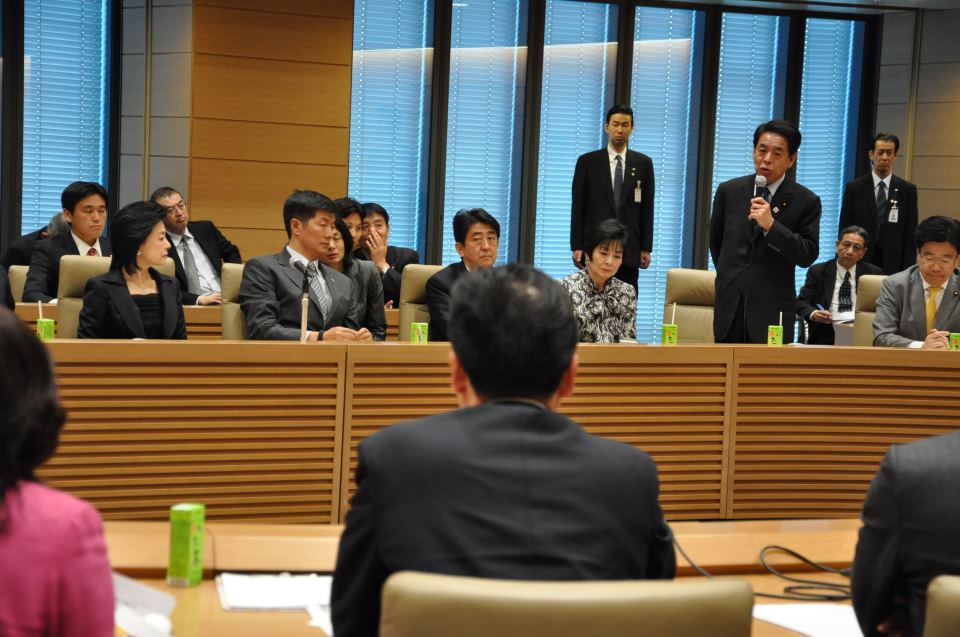 TOKYO: On the final day of Kalon Tripa’s visit to Japan yesterday, sixty Japanese Parliamentarians from five political parties of Japan expressing their grave concern over tragic self-immolations of Tibetans in Tibet, made an unanimous appeal to the Chinese government to end its decades of repressive policies by addressing the Tibetans’ grievances.

“We call on the Chinese government to respond positively to outstanding visit request from the Special Rapporteur on the freedom of religion or belief and halt the repression of human rights immediately,” the parliamentarians said in their appeal.

“Years of restrictions on Tibetans’ rights are the underlying causes of the protests by way of self-immolations. It is clearly time for the Chinese government to fundamentally rethink its approach by listening to and addressing the Tibetans’ grievances,” it said.

“We believe that if China realizes a truly “harmonious society” by respecting Tibetans’ rights, then Japan and China will be able to a truly meaningful strategic benefit,” it said.

The appeal reaffirms the Japanese Parliament Members’ serious concern over the unending self-immolations of Tibetans since March 2011. 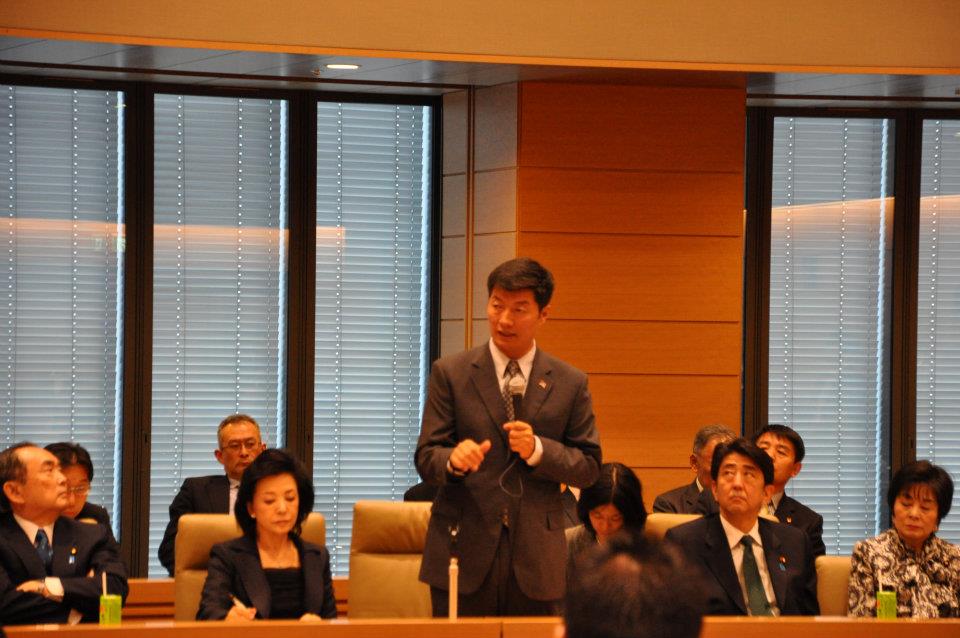 It calls on the Chinese government to end the suppression of Tibetans’ fundamental human rights by removing restrictions from the monasteries and patriotic re-education tactics.

It further urge the Chinese government to give clear information on the whereabouts and well-being of Tibetan monks and laymen arrested in connection with the self-immolation incidents. The media and foreign tourists must be given freedom to visit the Tibetan areas, it said.

It underlined that there should be direct and result-oriented dialogue between the Chinese government and the Central Tibetan Administration.

Kalon Tripa Dr Lobsang Sangay briefed the parliamentarians in detail about the situation in Tibet and answered their questions. 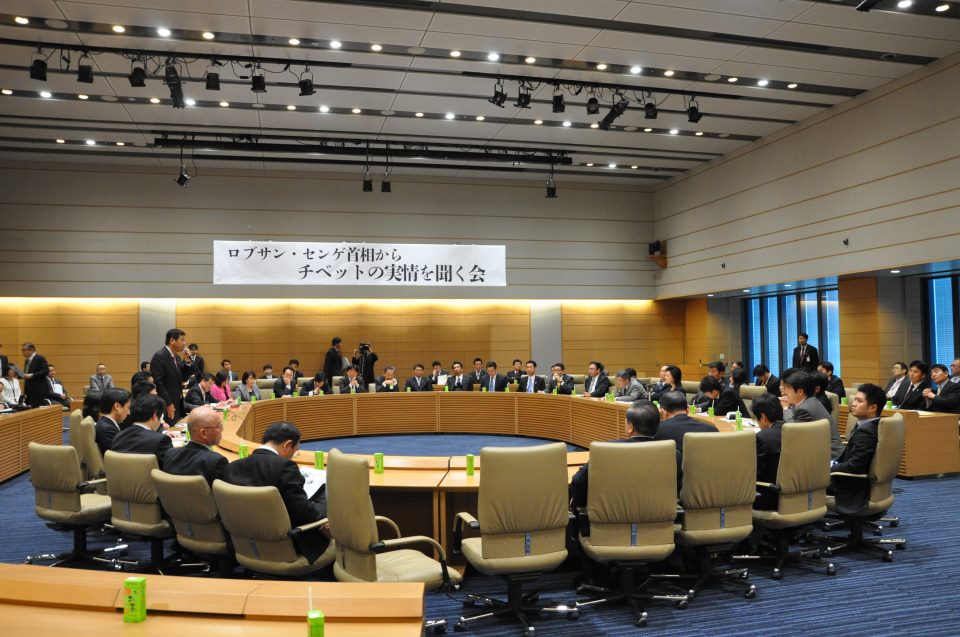 Mr Lhakpa Tshoko, the Representative of His Holiness the Dalai Lama in Japan, who was presented at the meeting of Japanese parliamentarians, said: “It is unprecedented in the history of Japan that such a large number of its parliamentarians met to deliberate the urgent situation in Tibet with great concern and even made an unanimous appeal. They have sown a seed for the future good of the issue of Tibet.”

Later in the evening, Kalon Tripa delivered a talk on “Global warming with special emphasis on the fragile Tibetan environment”.

Kalon Tripa Dr Lobsang Sangay, during his maiden five-day visit to Japan, met two former Japanese prime ministers, Tokyo Governor, Parliamentarians, journalists and general public to apprise them on the critical situation in Tibet and appealed to the Japanese people for their continued support on Tibet.

Kalon Tripa visited Japan at the invitation from former prime minister Shinzo Abe when he visited India September last year leading a parliamentary delegation. Mr Abe, on account of his busy schedule during that visit, sent his representative Mr Hakubun Shimomura, member of Japanese Parliament and Ms Yoshiko Sakurai, president of Japan Institute of National Fundamentals, to Dharamsala to convey his greetings to Kalon Tripa and invited him to Japan. 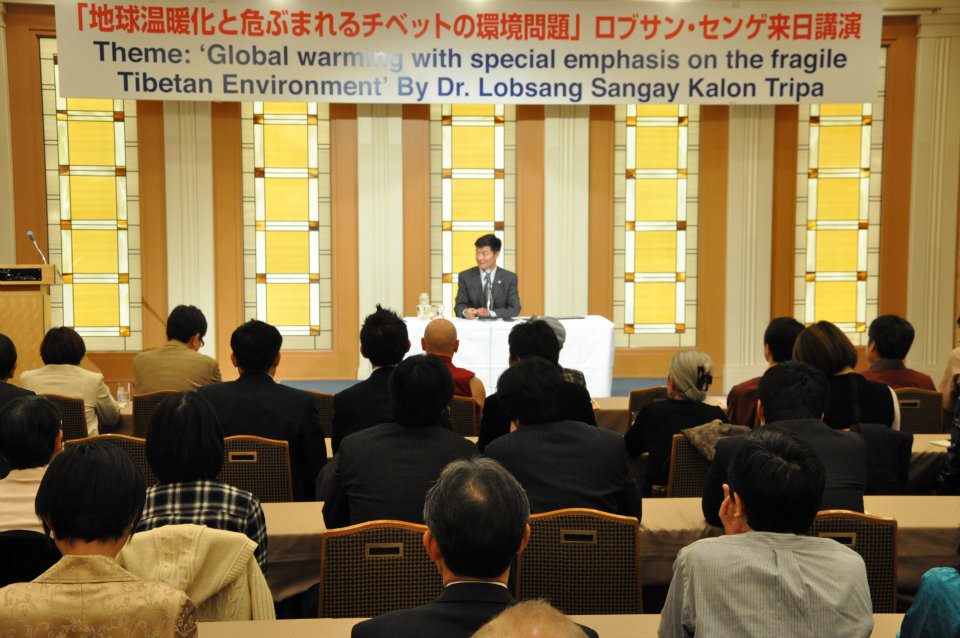