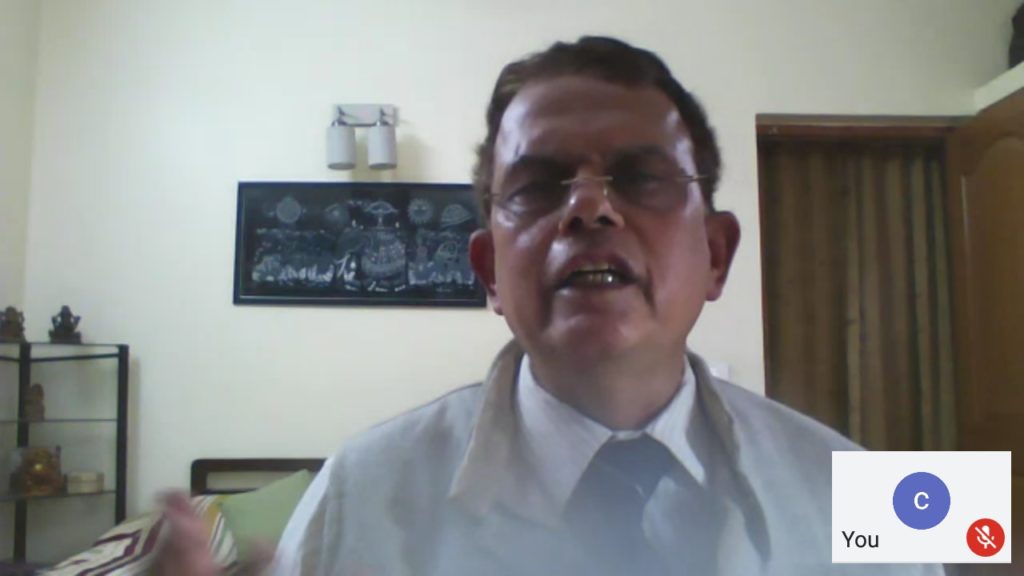 Lt. Gen Kamath addressed that Tibet is always in his heart and it always fascinates him as he had the experience of serving along Indo-Tibet border from North to North East during his army days. He pointed out some historical facts about Tibet being an independent country before the Chinese occupation. He considered Tibet as the buffer state between India and China. Indo-Tibet border was peaceful, demilitarized, and undisputed prior to the Chinese occupation of Tibet. Now the border is all tense, hostile, and disputed. Lt. Gen Kamath further said that India has not taken strategic bargain with respect to Tibet even if it had the chance in the past. He summed up that countries like Armenia, Belarus, Estonia, Georgia, Latvia, etc. got free from the former the Soviet Union, likewise it isn’t impossible that Tibet won’t be free. Tibet will be free and all other regions under forceful Chinese occupation will also be free. 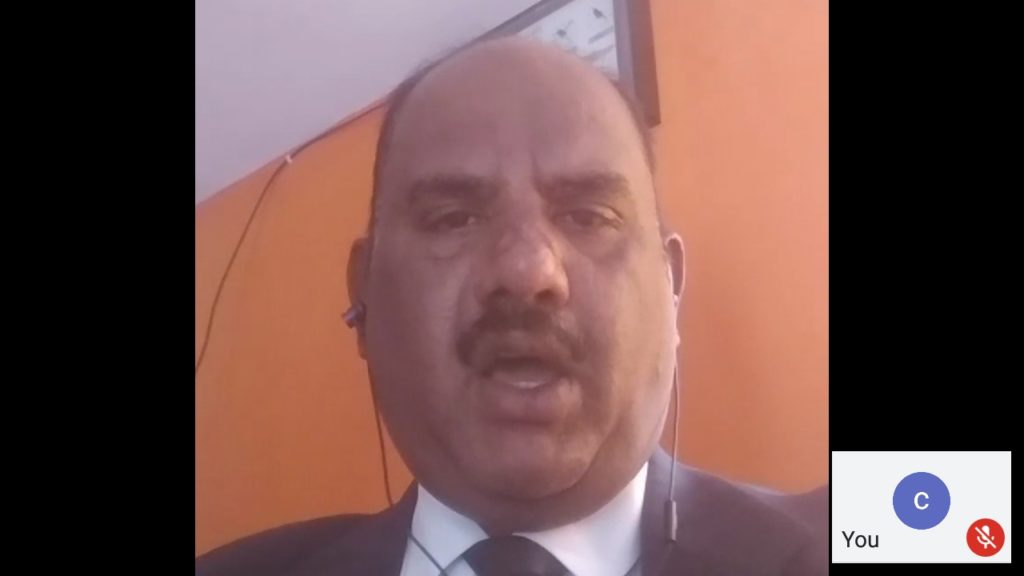 Dr. T. S. Chandrashekhar from the business point of view said that containing China is now more important than ever. He voiced to boycott Chinese goods. He further said that if we don’t do something for Tibet, then we are sacrificing one whole ethnic group from the face of the earth.  He concluded that the world has to speak. If the world speaks, Tibet will be free. 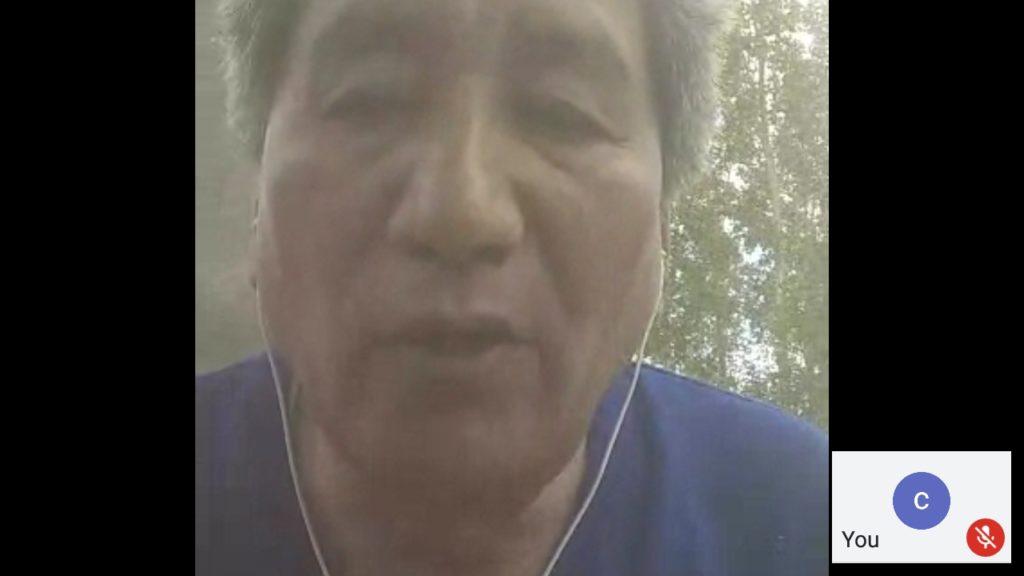 Phonsok Ladakhi during the webinar.

Phonsok Ladakhi standing near the Indus River which originates from Tibet showed to audience the mountains of Ladakh which are guarded by the brave Indian soldiers. He said that generations of Ladakhi people had also sacrificed their lives to guard the border from the time the Chinese came to the border after the occupation of Tibet.  He hoped that the Chinese lose its grip and Tibet will be free. 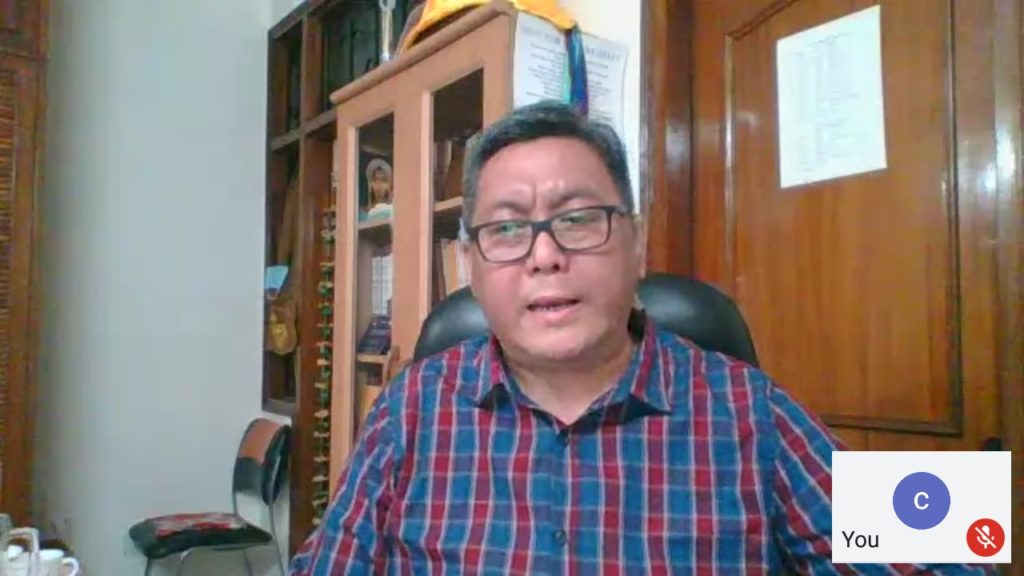 Jigmey Tsultrim, ITCO Coordinator summarized the speakers. With that, he also shared about ITCO and its work, Core Group for Tibetan Cause and TSGs in India. Some of the members also shared their views during the webinar.

Niranjan U along with Jacob David of ITFS Bengaluru coordinated the webinar. It was well attended by the ITFS members, TSOs of South Tibetan Settlements including Lugsum and Dekyi Larsoe and others.

Shivanand, ITFS Bengaluru executive member presented the vote of thanks to all. 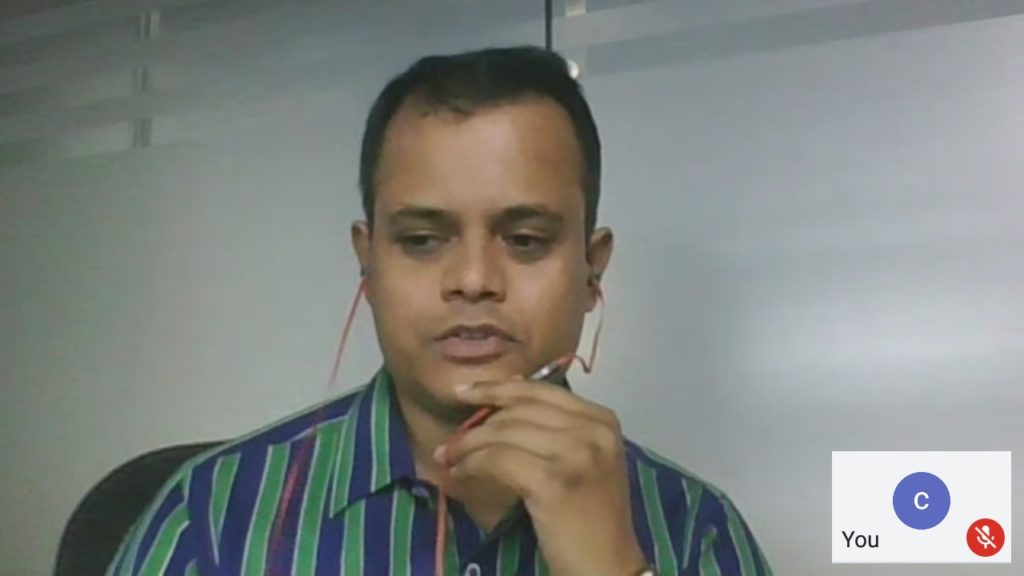 Niranjan U hosting the webinar. 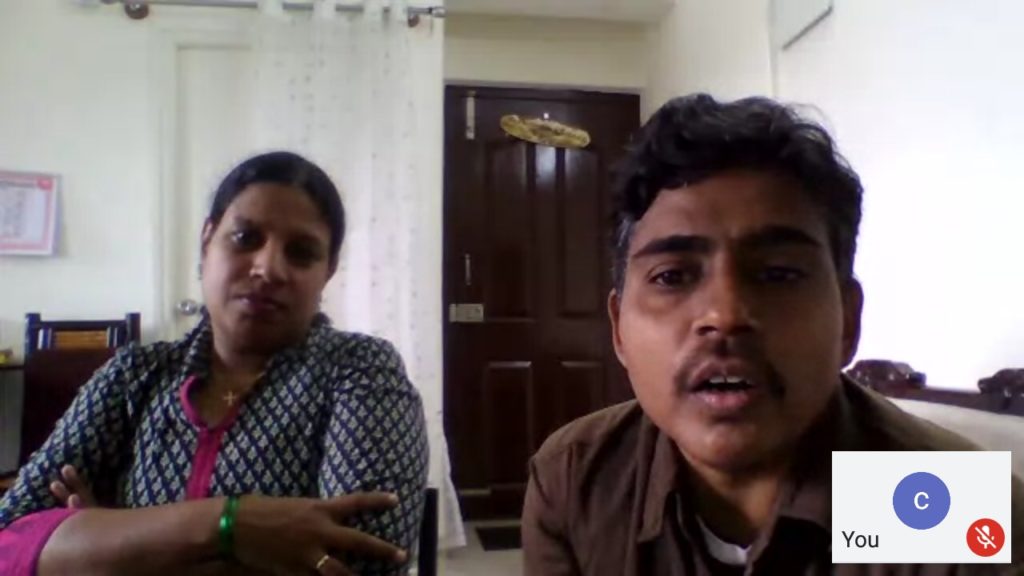 Jacob David along with Samantha David during the webinar. 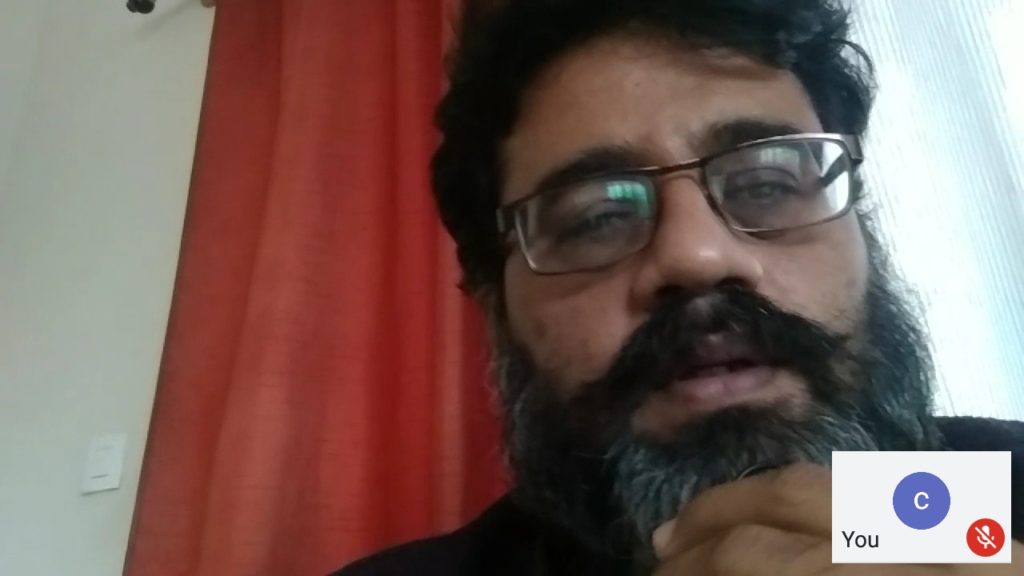 Shivanand presenting the vote of thanks.