I Live Tibet, I Eat Tibet and Tibet is My Life: Hugues Picon 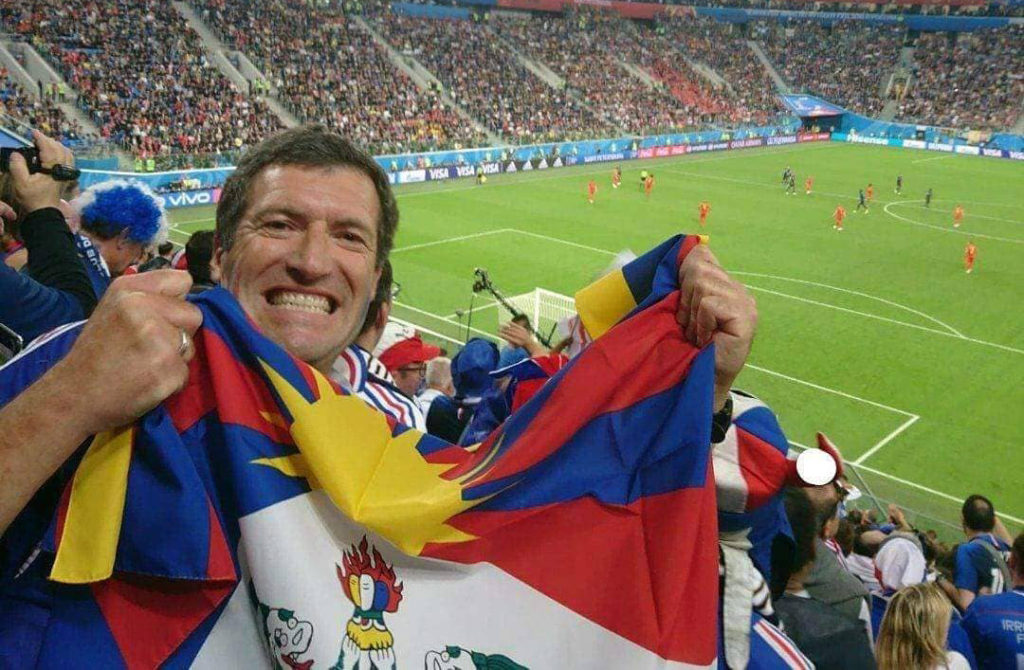 Hugues Picon a French national with Tibetan national flag during the semifinal match between France and Belgium.

On Sunday last week, while the world remains glued onto TV to watch the world cup final match between France and Croatia, Hugues Picon a French national bearing a Buddhist name Yeshi Dorjee spent the evening behind bars in Moscow despite having the ticket for the final match. The reason being that during the semi-final matches, he raised the Tibetan national flag, wore the jersey of Tibetan national football team and a T-shirt bearing the name ‘Dalai Lama’.

Speaking exclusively to Tibet TV, Hugues said he became a Tibet lover after he along with five other people from France lived in Tibet in the 1990’s and were among the very few foreigners living in Tibet. He had met His Holiness the 14th Dalai Lama on 14 July 1996 privately, on the same day France observed its National Day.

Hugues expressed sadness over being detained last Sunday. Explaining the situation he said “I love football, I missed the game and I was so sad. In the second half of the game, I asked police whether I would be allowed to go back to watch the game and they took me to a police station. I was released later. I was sad but now after two days but I’m very proud of what I have done.

Hugues closing lines were…“ as I told you, I lived in Tibet. If not me then who will?” 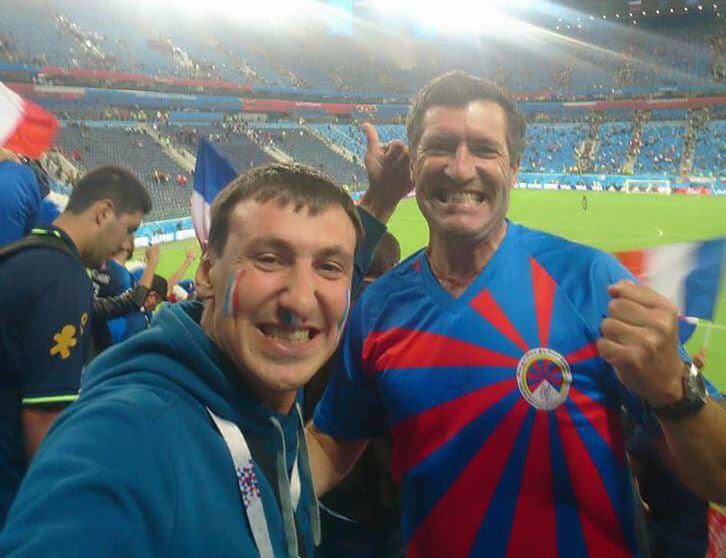