I Dedicate the Rest of my Life to Revival of Ancient Indian Values: His Holiness the Dalai Lama

In his address, His Holiness spoke about the rich values of ancient India and how these values can contribute significantly to create a better, more peaceful world.

However, he noted that due to too much emphasis on material development in modern education, these ancient values have eroded over the years. Therefore, His Holiness expressed the need to revive this knowledge and dedicated the rest of his life in that pursuit.

His Holiness the Dalai Lama also spoke about the importance of emotional hygiene along with physical hygiene and called for holistic education in schools and said it is now time for schools to treat emotional well-being and universal values as part of academic subjects. “The future of the world will be more meaningful if we inculcate these values in people from childhood,” His Holiness said.

Speaking about religious harmony, His Holiness lauded India as a leading example of different religious traditions living in harmony with each other. He attributed India’s rich multiculturalism as a result of its civilisation, which has evolved over the centuries based on a concept of an open heart and open mind.

His Holiness further spoke about the power of smile and said that since humans are the only sentient beings to have the potential to smile, we should smile more. “A genuine smile is an expression of love and peace. It can be a weapon to disarm anger and hatred,” His Holiness said.

His Holiness also talked about turning the 21st century into a century of peace. He placed hope in the youth to make efforts towards creating a more peaceful world.

“My real hope is the youth of this nation and the world. You have the opportunity to make the world into a better place. You should remove self-centeredness and think from a wider perspective,” His Holiness said.

“We are all part of the seven billion human beings on this planet. We are all interdependent and share a common future. The well-being of others is also our own well-being. So we shouldn’t differentiate based on religion, nationalities, caste or creed. We are one,” His Holiness advised. 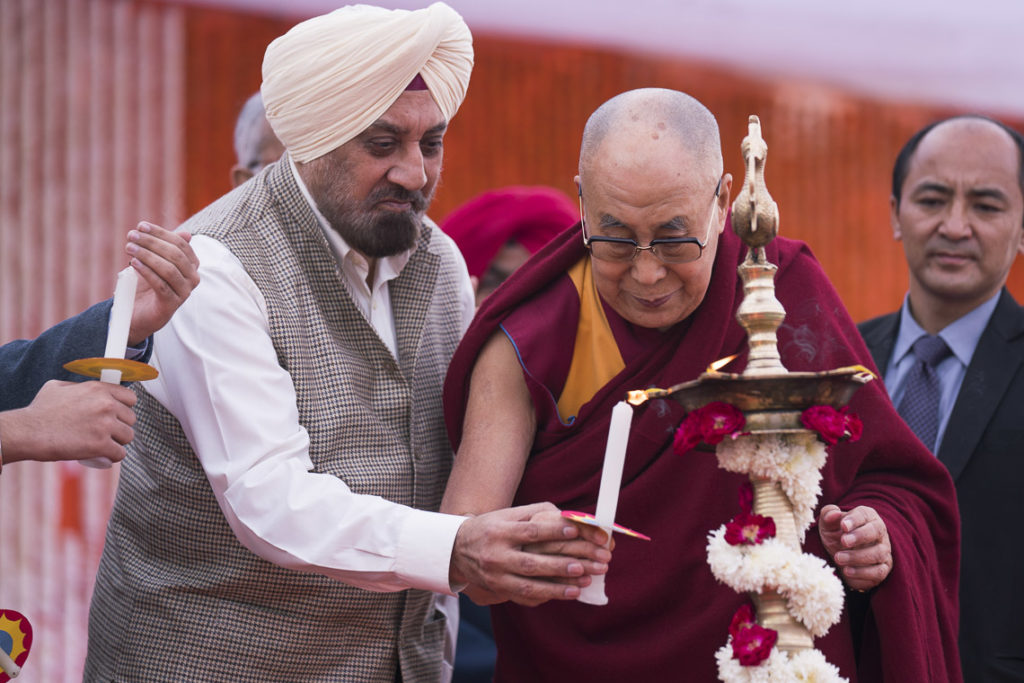 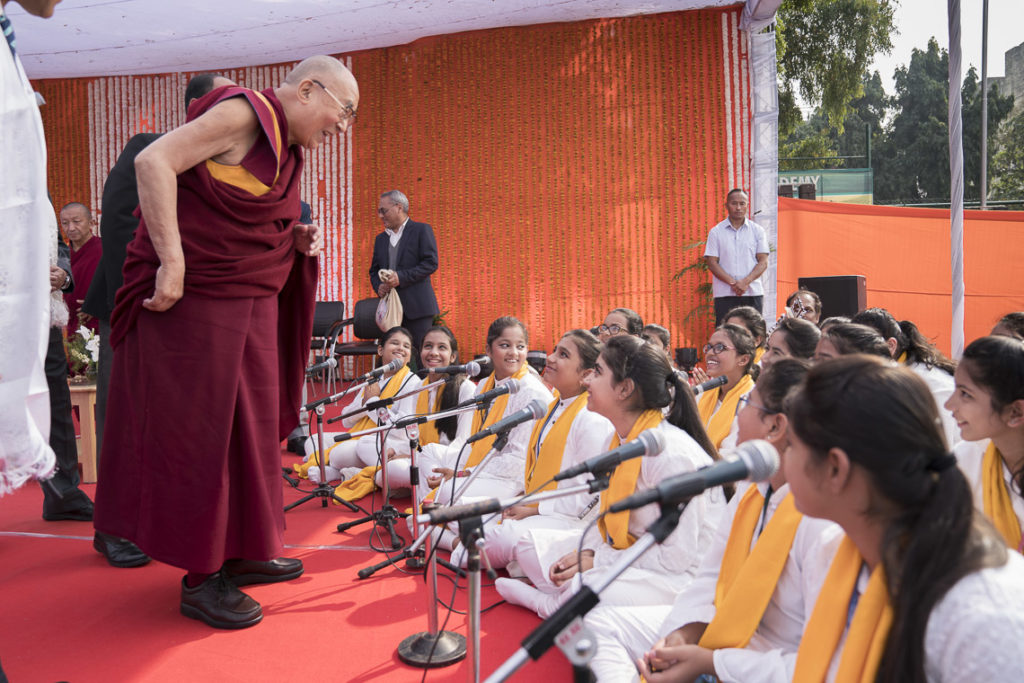 HIs Holiness the Dalai Lama interacts with members of the choir group. Photo/Tenzin Choejor/OHHDL 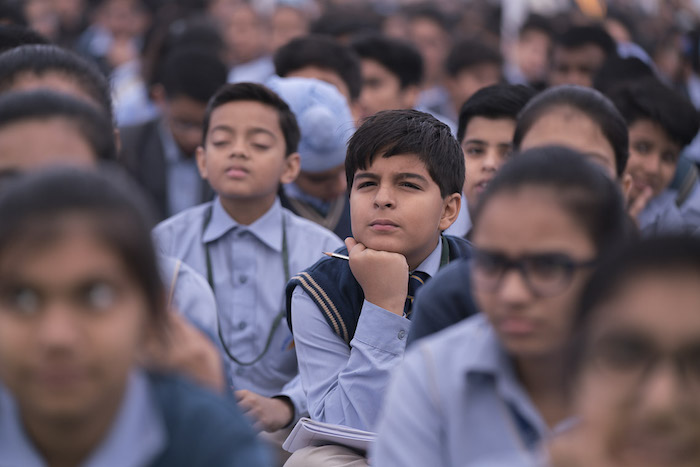 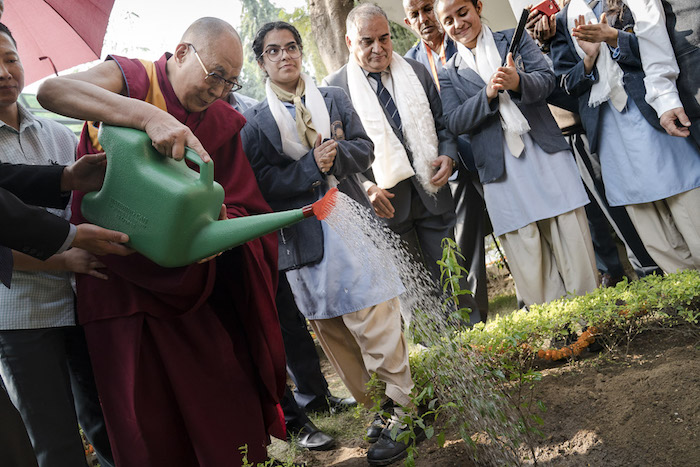 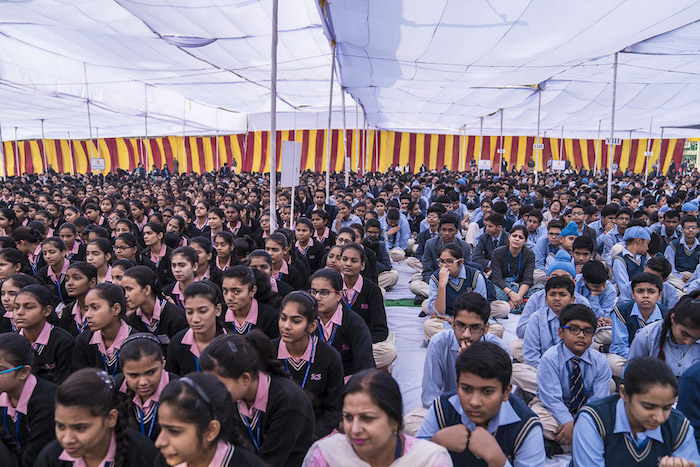 Students from the elevent different Salwan schools during the visit of His Holiness the Dalai Lama, 18 November 2017. Photo/Tenzin Choejor/OHHDL