Perfectly Healthy and Hopeful of Reuniting with Tibetans in Tibet Soon: His Holiness the Dalai Lama 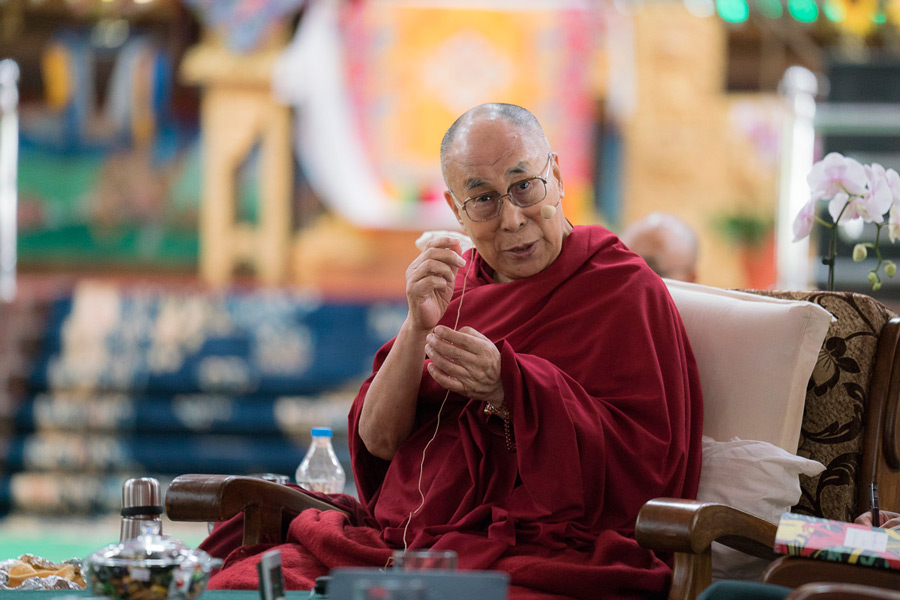 His Holiness the Dalai Lama delivering his closing remarks at the end of the Tibet Emory Symposium at Drepung Loseling in Mundgod, Karnataka, India on December 20, 2016. Photo/Tenzin Choejor/OHHDL

MUNDGOD, Karnataka state: Addressing a group of Tibetan pilgrims from Tibet at Drepung monastery in Mundgod on 19 December on the sidelines of the Emory-Tibet symposium, His Holiness the Dalai Lama addressed the concerns of many Tibetans with regard to the deteriorating political situation inside Tibet and the Tibetan people’s longstanding aspiration to see His Holiness return to Tibet.

“The fact that Tibet has been able to survive in the conscience of the world even today is solely because of the resolve and remarkable determination of the Tibetan people. Tibetan people’s resilience and valor against the atrocities of the Chinese government has led to a growing awareness on Tibet,” His Holiness told the crowd, and urged them not to be demoralised by the critical political situation.

Addressing the aspiration of Tibetans inside Tibet to see His Holiness the Dalai Lama return to Tibet peacefully and in glory, His Holiness said: “I am 81 years old now. However, I am perfectly healthy and I am hopeful that we will be able to reunite in Tibet very soon in a few years. So don’t worry.”

“The most important thing is the education of the younger generation of Tibetans. Besides education, economic development is an integral part of life and you should seize the opportunity provided by the Chinese government to enrich yourselves. However, don’t just spend your income on cars and buying big houses. Spend it on helping the poor and the less fortunate in their education, or in building schools and hospitals,” His Holiness added.

His Holiness the Dalai Lama also urged the Tibetans to refrain from mere rituals and prayers but to study and understand the Tibetan Buddhist texts and philosophies thoroughly which His Holiness said “would be more beneficial.”

“Since we are all followers of the Buddha and descendants of Avalokiteshwara, blindly following the religion without understanding the concept is not sufficient. We should study and analyse the scriptures. We should understand the Buddha, Dharma and Sangha and their relevance,” His Holiness said.

“All religions are noble and focus on universal values such as love and compassion. There are minor differences over concepts such as the existence of a creator. Therefore, while respecting all religions, we should understand these differences so that we can also understand their point of view,” His Holiness noted.

His Holiness the Dalai Lama also spoke on the recent reports about China’s ultimatum to Tibetan pilgrims to return to Tibet or face consequences,  which have compelled many to consider returning to Tibet before the Kalachakra.

“I understand that many of you will be unable to attend the Kalachakra teachings due to a hardening of stance by the Chinese government in Tibet. I am sorry to hear that. However, you need not worry. The main Kalachakra initiation will be from 12 to 14 January. During that time, you recite your prayers and maintain purity of mind. I will think of you from Bodh Gaya and make sure that you get the initiation in spirit, if not in person,” His Holiness promised. 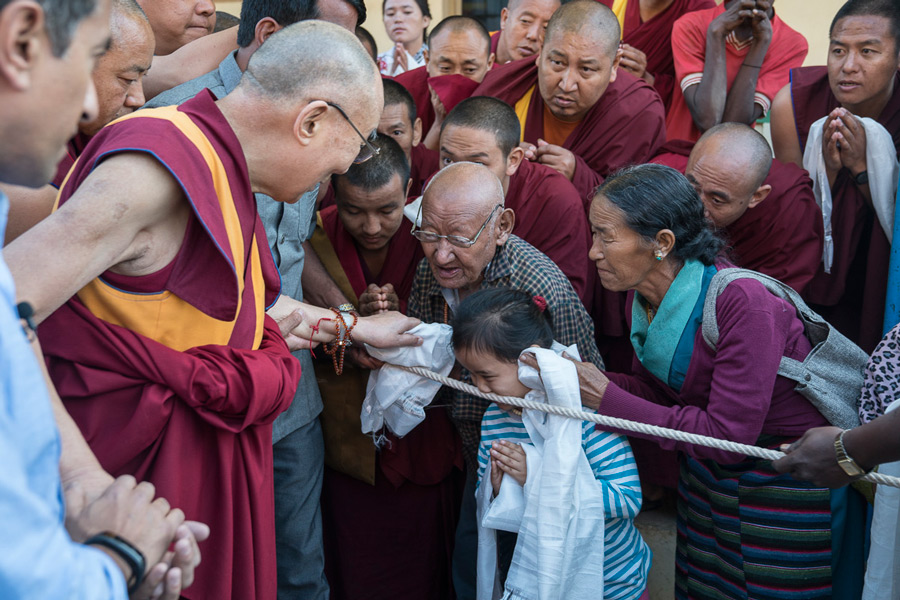 His Holiness the Dalai Lama greeting members of the local community on his way to Drepung Loseling to attend the final day of the Tibet Emory Symposium in Mundgod, Karnataka, India on December 20, 2016. Photo/Tenzin Choejor/OHHDL