Dharamshala: As a mark of their deep gratitude and appreciation to the Central Tibetan Administration on the occasion of its Golden Jubilee celebration since its inception, the Tibetan community-based in Hunsur Settlement in southern India today honoured Sikyong Penpa Tsering with a silver trophy.

Thanking the delegation Sikyong reminded His Holiness’ assurance to live for another 10-20 years as per the assertion made during the  Tenshug earlier in the morning. He further addressed the gathering about the profound gratitude of His Holiness the Dalai Lama without whom the exiled Tibetan community would not exist and similarly, the older generations for their hard work paving the way for future generations.

Furthermore, he emphasised on statistical data as an important tool for strategising and implementing policies. As for overseeing the welfare needs in exile, Sikyong stressed on Kashag’s priority to alleviate the housing problems of Tibetans comprised of the newly arrived Tibetans from Tibet, urging local leaders to take responsibility and return the vacant land to the Department of Home for reallocation.

Sikyong called for concerted efforts to forge national unity and dissuaded Tibetans from becoming a tool of China’s propaganda activities. 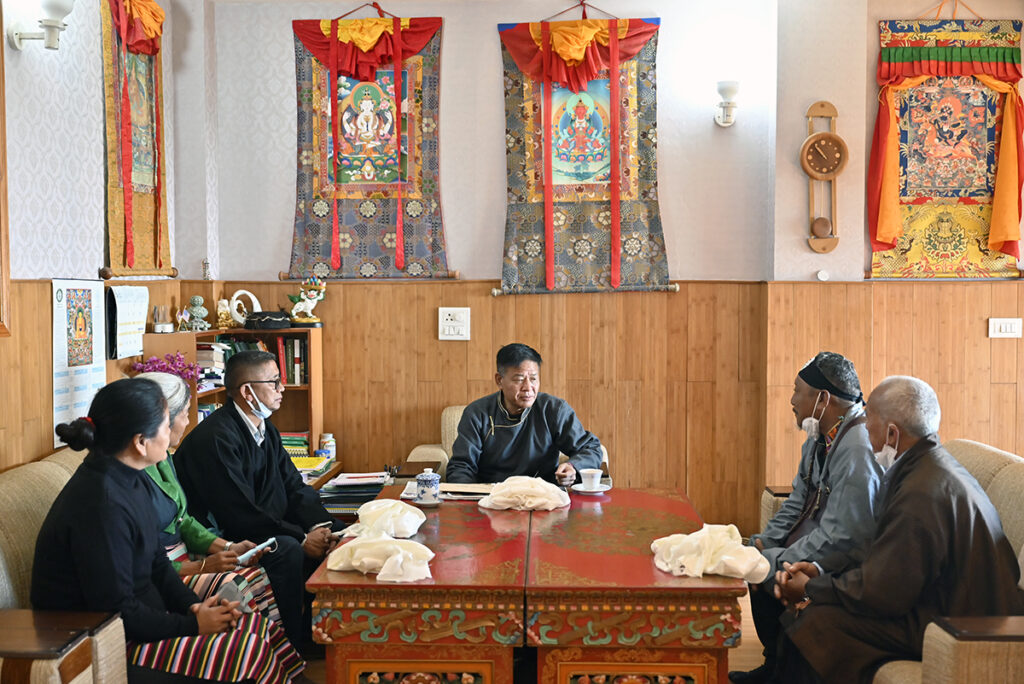 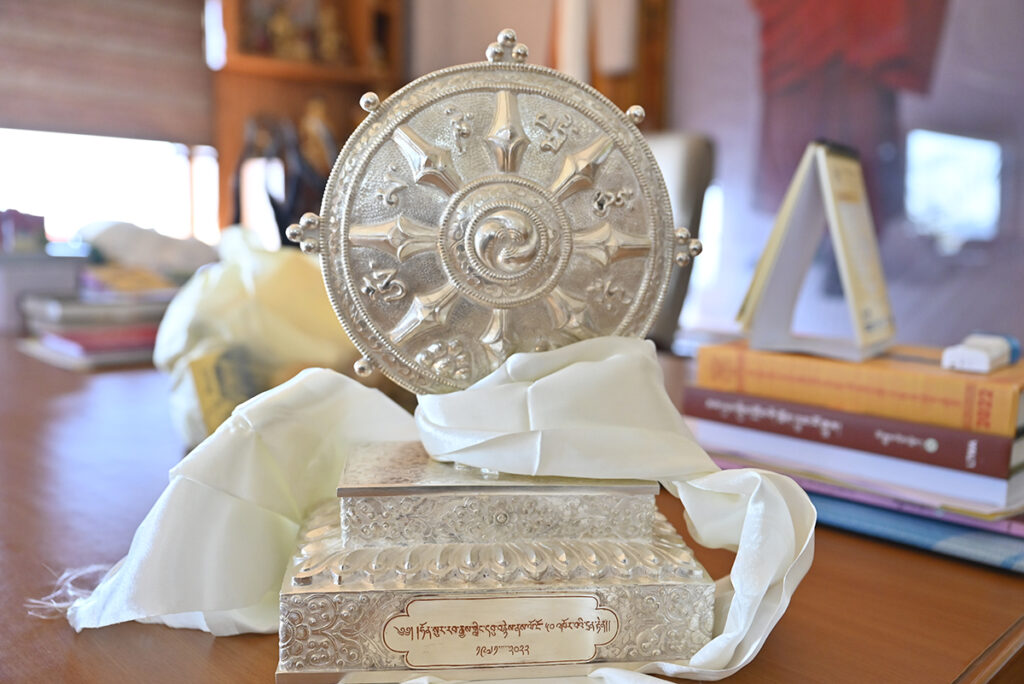 Silver Trophy as deep gratitude and appreciation to CTA to mark the Golden Jubilee celebration of Hunsur Tibetan Settlement.