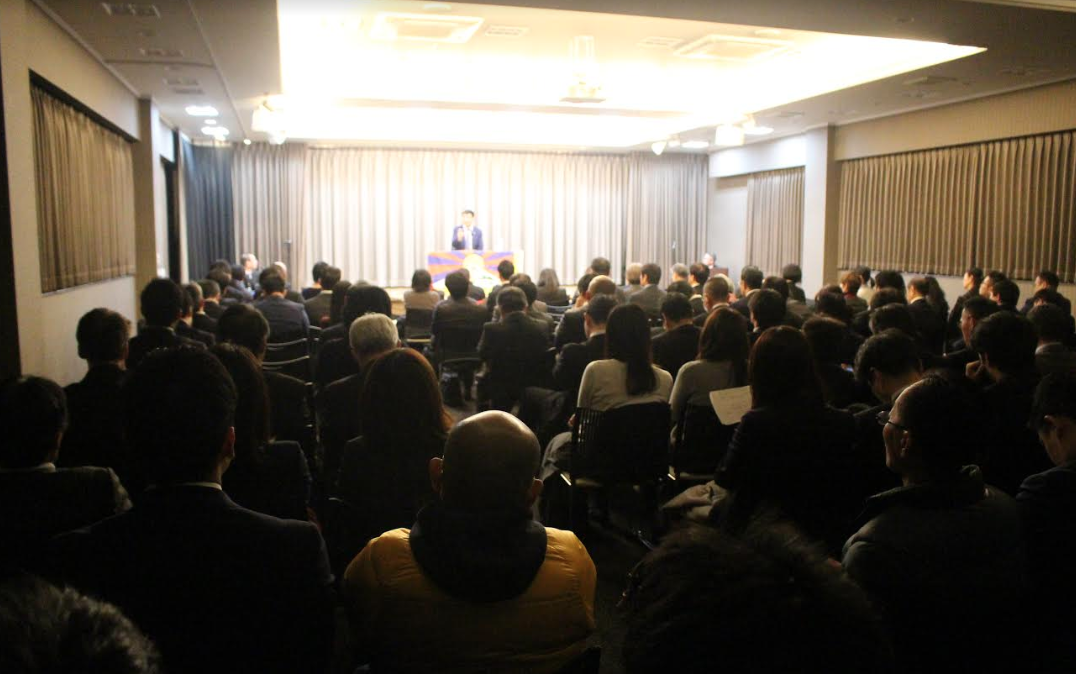 Members of the audience listen to CTA President Dr Lobsang Sangay delivering a talk on Tibet in Osaka, Japan, on 29 January 2019.

TOKYO: In a public talk on the issue of Tibet in Osaka city in Japan today, CTA President Dr Lobsang Sangay emphasized that to understand China one must understand Tibet.

China’s scheme to expansion through building infrastructure, entertainment hubs and coopting with leaders of other countries in the recent days were used prior and during their invasion of Tibet, President Dr Sangay told a packed auditorium during a talk organized by Fire under the Snow, a Tibet Support Group in Japan.

He warned that what happened in Tibet will happen to you. China first built roads to exploit natural resources like minerals and forest in Tibet and now it is repeating the same strategy in Asia and African countries. Therefore, it is of paramount importance for the countries around the world where China is extending its tentacles, to know what happened in Tibet and what kind of policies are being implemented by the Chinese government in Tibet. To understand China, one should understand Tibet.

The CTA President said academic freedom and discussion on Tibet issue are not allowed and teachers are threatened with expulsion in universities where Chinese students study are coming under increasing pressure and coercion of the Chinese government. He said Japan should be wary of this dangerous trend which could threaten academic freedom in Japanese educational institutions.

President Dr Sangay said many leaders in Europe, Latin America, South Africa and Australia, have now realized how China threatens by spreading its tentacles in their social, culture, political affairs. Though the Czech Republic is a small country and faces very strong pressure from China’s influence in its business, politics and universities, it has decided to fight back and challenge China by forming the largest Tibet support group in its parliament in whole Europe with 51 members. Similarly in Australia, for the first time leaders from all the political parties and cabinet ministers from the ruling government came to attend the Thank you Australia organized by the Central Tibetan Administration. 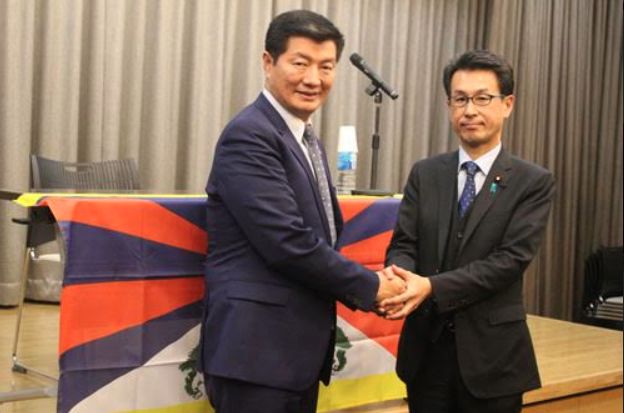 CTA President Dr. Lobsang Sangay with Mr. Nagao Takashi, Member of Japanese Parliament from Osaka constituency, before his talk on Tibet in Osaka, Japan, on 29 January 2019.

President Dr Sangay appealed to the Japanese public to encourage the All Party Japanese Parliamentary Support Group, which has the world’s largest number of parliamentarians, to be the support group with the biggest action on the issue of Tibet. ‘Write letters to NHK which for the first time interviewed me during my visit to Japan time on the issue of Tibet so that they get motivation from the public response. Likewise, it will be helpful to send letters to praise efforts of Japanese parliamentary support group for Tibet to encourage them to issue statement to support resumption of dialogue between the envoys of the His Holiness the Dalai Lama and the representatives of the Chinese government, protection of human rights, culture and language of the Tibetan people.’

During his visit to Osaka city, CTA President visited Todai-ji Temple in Nara, the ancient capital of Japan from the years from AD 710 to 794. The temple houses that Great Buddha Hall, which the world’s largest bronze statue of the Buddha, is a listed UNESCO World Heritage Site. Hundreds of deer, regarded as messengers of the gods in the Shinto religion, roam the temple grounds freely. President Dr Sangay was taken for a tour inside the temple by abbot Reverend Kojo Morimoto and he offered prayers. 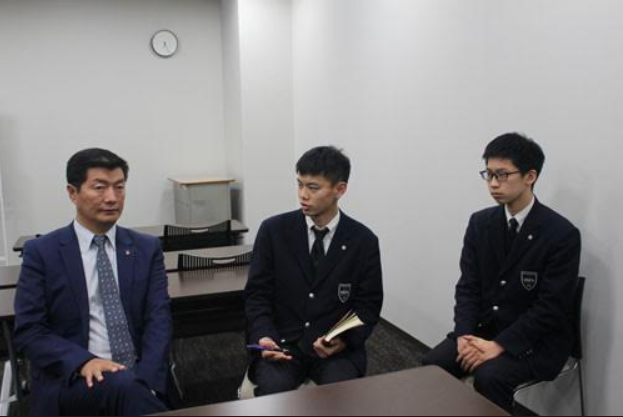 CTA President Dr. Lobsang Sangay being interviewed by Japanese students before his talk on Tibet in Osaka, Japan, on 29 January 2019. 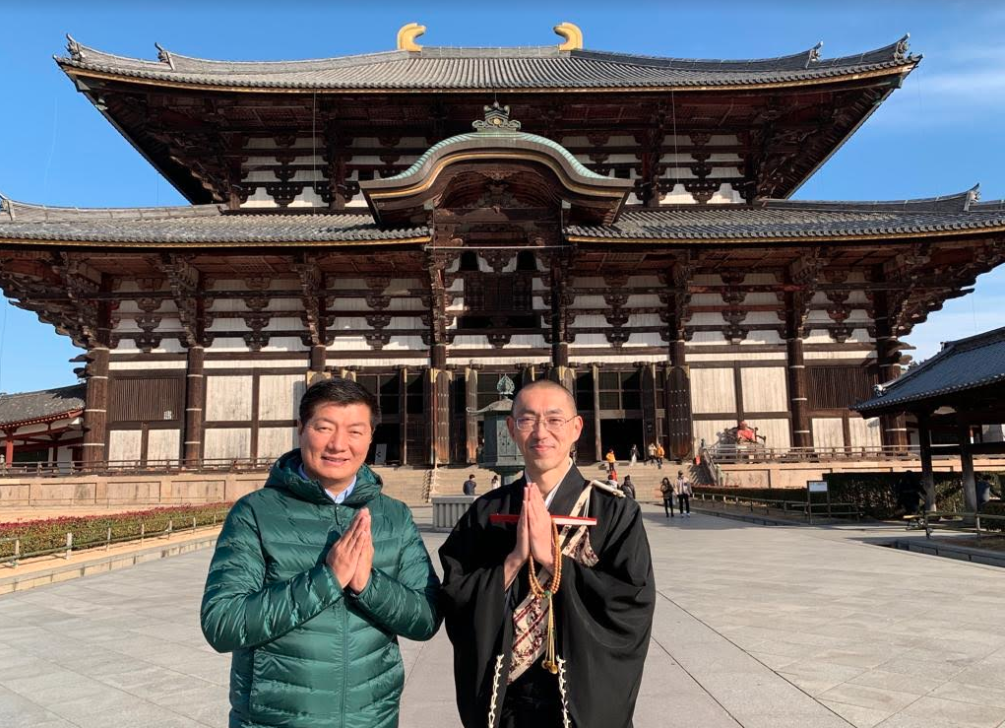 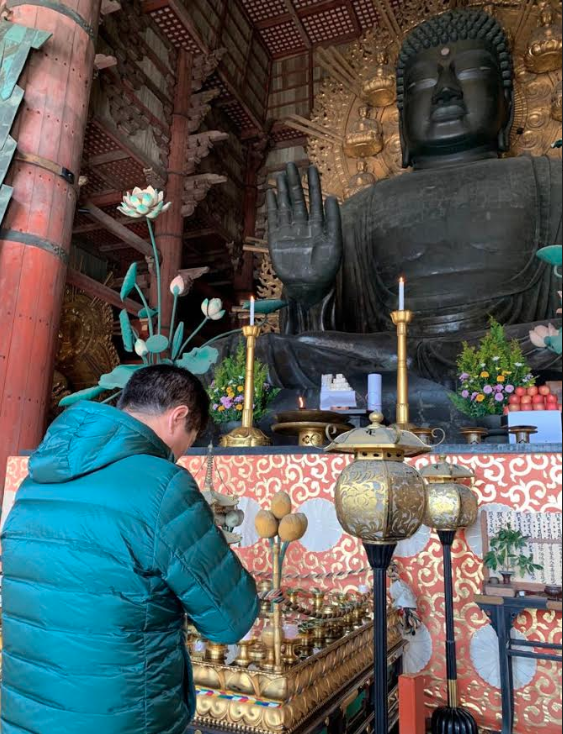