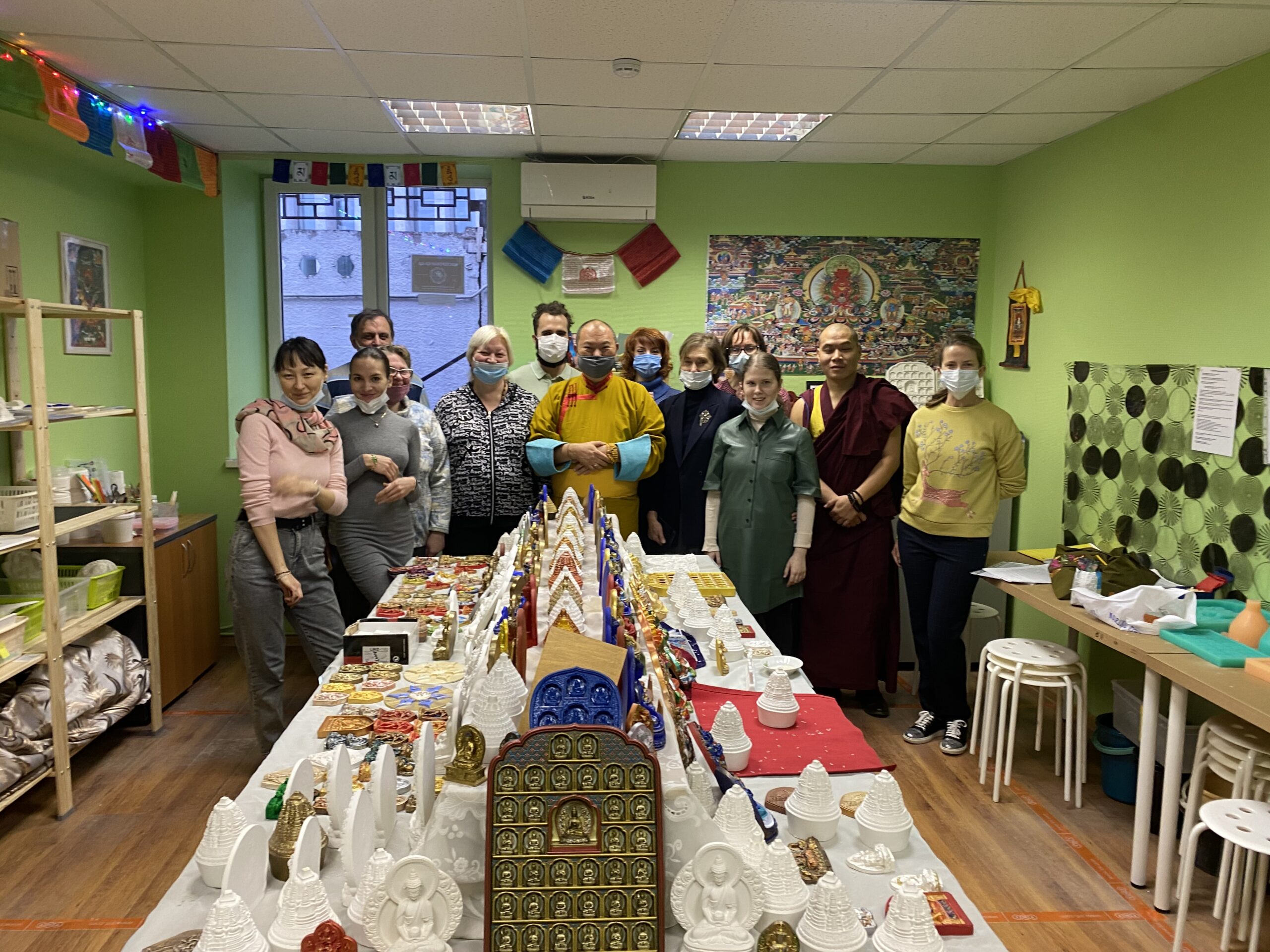 Moscow: Honorary Representative Telo Tulku Rinpoche paid a visit to the “Tsa tsa” making studio of Moscow affiliate of the “Foundation of Preservation of Mahayana Tradition” (FPMT). During the visit, he gave a brief talk and offered prayers along with the members who are volunteering to make the “Tsa Tsa” to be distributed across Buddhist regions of the Russian Federation.

FPMT is a worldwide Buddhist organization that promotes Buddhist teachings, Meditation, and humanitarian activities. The “Tsa tsa” producing workshop was set up under the initiative of Lama Zopa Rinpoche during his previous visit to Russia.

The volunteer group leader Mrs Nima Khanda gave a briefing to Telo Tulku Rinpoche about their activities and gave a presentation on what materials are used and the procedures to make the Tsa Tsa forms.

“Tsa Tsa” making is a form of traditional Buddhist art that originated in India many centuries ago. Today it is found widely in the Tibetan and Himalayan region as well as Mongolia and Russia. This tradition declined during the times of the Cultural Revolution in the Soviet times but now with the help of FPMT, this Buddhist art is being reintroduced or revived. I encourage you to consider travelling to other Buddhist regions to reintroduce this art to the younger generations and get the local Buddhists involved as well, as there are many places who are building new stupas and renovating old stupas,” said Telo Tulku Rinpoche.

Together with the volunteers and prayer made to bless and consecrate the “Tsa tsa’, the tsa tsa’s will be donated to Kitchenir temple in Kalmykia which is under construction. The beginning of the construction was initiated as part of the “Year of gratitude” to H.H. the Dalai Lama in 2020 and also marks the 20th year anniversary since H.H. last visited the village. The locals have pledged to build a temple dedicated to the preservation of Nalanda tradition. 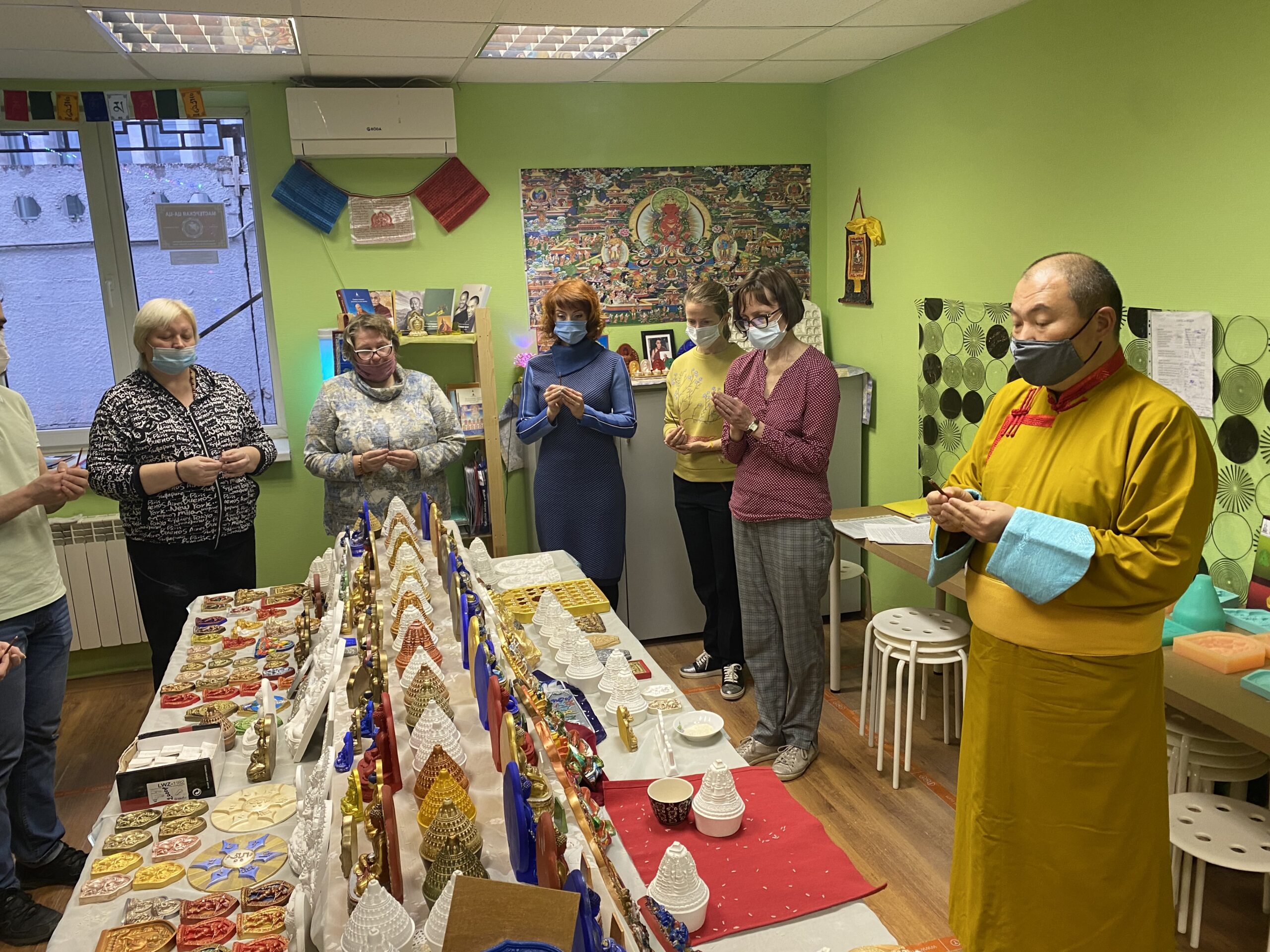 Prayers were dedicated to the Tibetan people and the long life of H.H. the Dalai Lama. 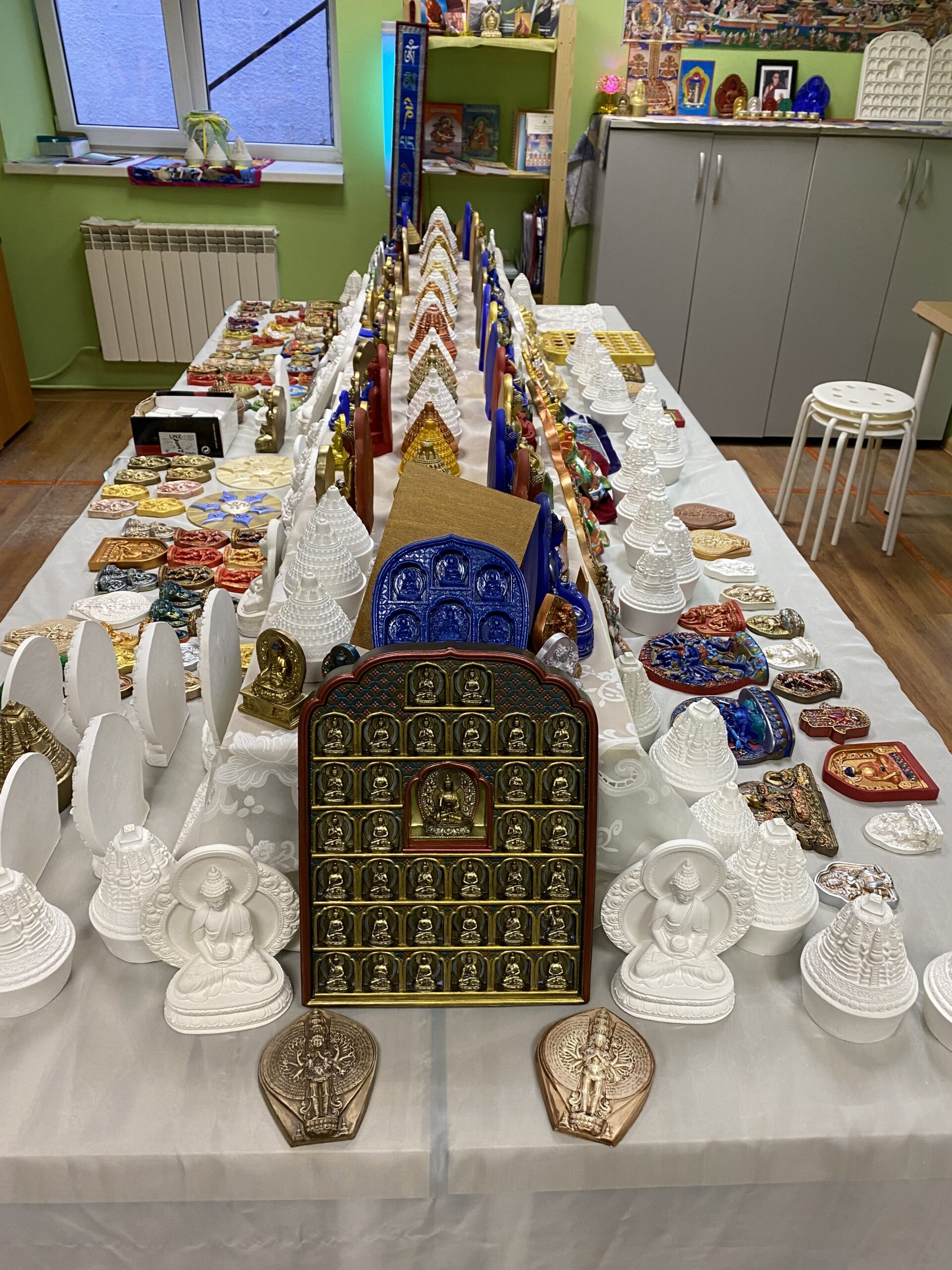 Display of the “Tsa tsas” made by FPMT Tsa tsa studio.