Dharamshala: Hon. Andrew Scheer, The leader of the Official Opposition, House of Commons, Canada has issued following statement in support of the Middle Way Approach of the CTA and in Tibetan people’s struggle for freedom and human rights. The Office of Tibet, DC would like to express deep-felt gratitude to Hon. Andrew Scheer for showing strong solidarity, with Tibetan people while we commemorate 60th Anniversary of National Uprising on 10 March 2019. Ngodup Tsering Representative of His Holiness the Dalai Lama. 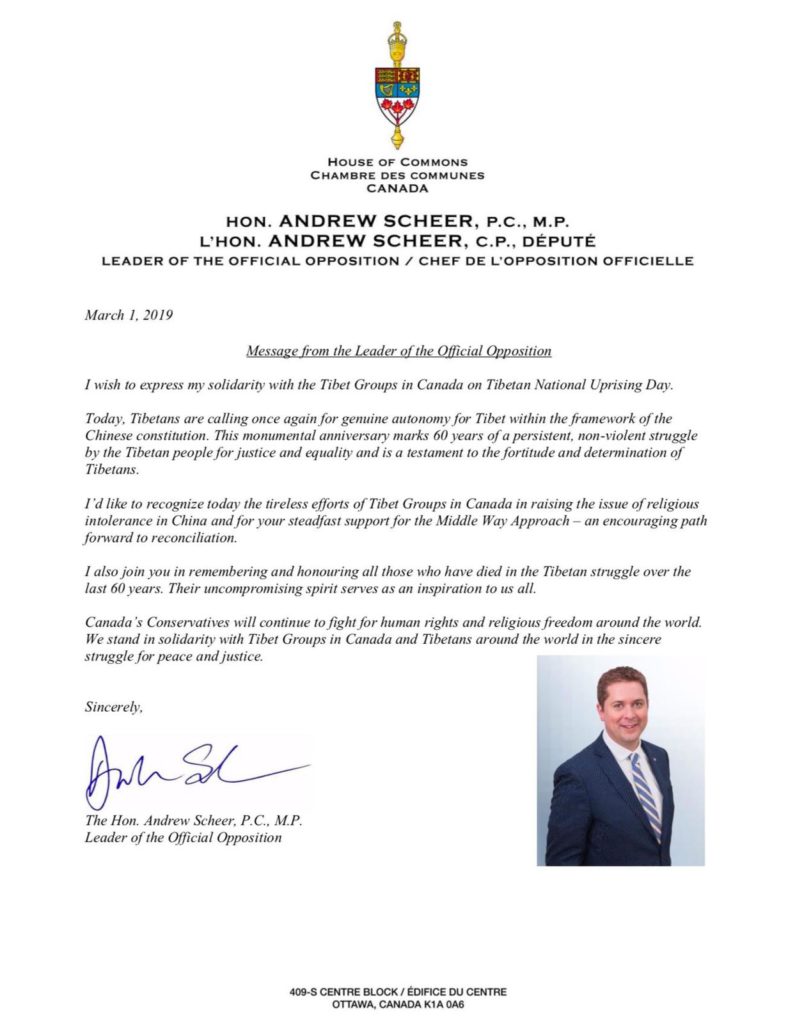