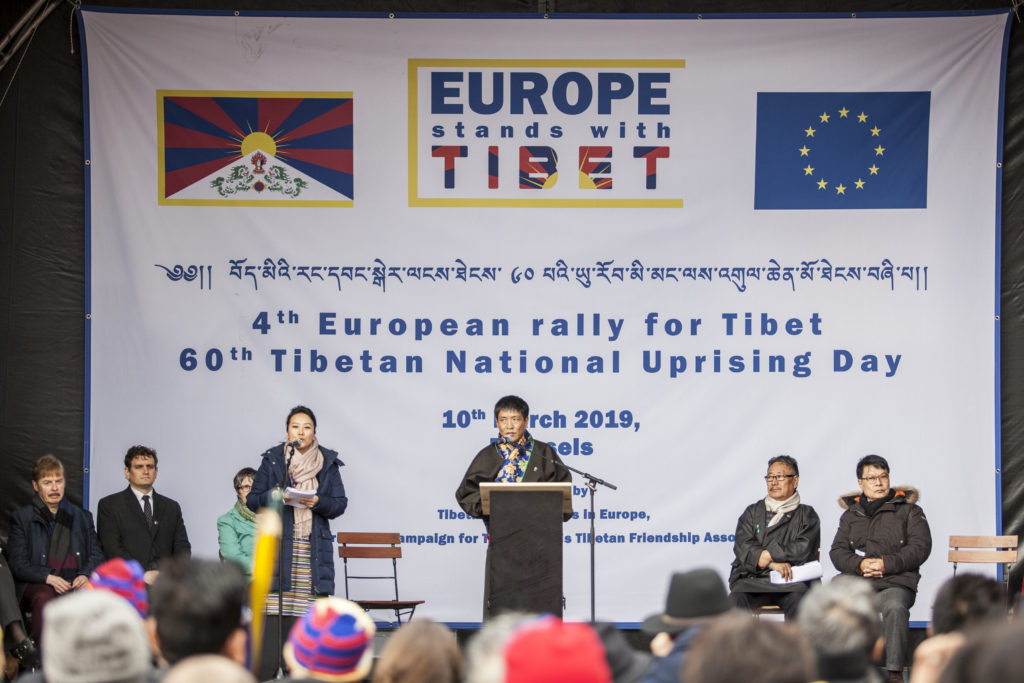 Brussel: Home Kalon Sonam Topgyal Khorlatsang accompanied by Representative Tashi Phuntsok arrived in Brussels on 9 March. At the train station, he was received by Tibetan parliamentarins, Ven. Thupten Wangchen and Samdho Jampa, and by the leaders of Tibetans across Europe who had come for the mega rally at Brussels to commemorate the 60th Anniversary of Tibetan National Uprising Day.

In the first part of the programme, Home Kalon and the guests, including Representative Tashi Phuntsok addressed the gathering. Home Kalon informed the crowd about the good health of His Holiness the Dalai Lama. Teaching of Tibetan language to children is the root for Tibetan survival. He added.

He cautioned against petty internal issues. He also elaborated on the 5/50 policy of the Central Tibetan Administration (CTA).

The French parliamentarians spoke briefy about their staunch support for Tibet. They promised that access to reciprocity in Tibet and China was a major issue. They said it would be taken up seriously.

After a dinner break, the cultural presentation to the guests began. The children of Sherab Nagjey week-end school of Tibetan community in Belgium presented a series of folk and classical performance. It was appreciated  by the foreign guests.

Home Kalon attended the 4500-strong mega rally in Brussels on the 10th March as the representative of Kashag of the CTA.  Though windy and inclement weather the Tibetan crowd weathered it bravely. In the evening he, once again, spoke to the communitiy leaders of Tibetans in Europe who had gathered with Tibetan parliamentarians to wrap up the programmes in Brussels. He emphasied, among others, the significance of a cohesive Tibetan community.

Home Kalon left for the Netherlands on 11th morning accompanied by Representative Phuntsok and his colleague, Thutop Namgyal. After a brief rest on arrival at Amsterdam, he addressed the Tibetan community in the Netharlands. He was most particular in emphasising on the good health of His Holiness and urge to do everything possible in order to bring happiness to him. The work of the current Kashag was narrated in detail. About the 5/50 policy, the rehabilitation of Tibetan new arrivals in India. Various housing projects being carried out for them. The numerous health and welfare programmes being run by the Kashag. He also thanked the Tibetan community for their good efforts of teaching the Tibetan language in the week-end school.

Home Kalon then left by train for Cologne, Germany where he was received by Sonam Therchin of Office of Tibet, Geneva. 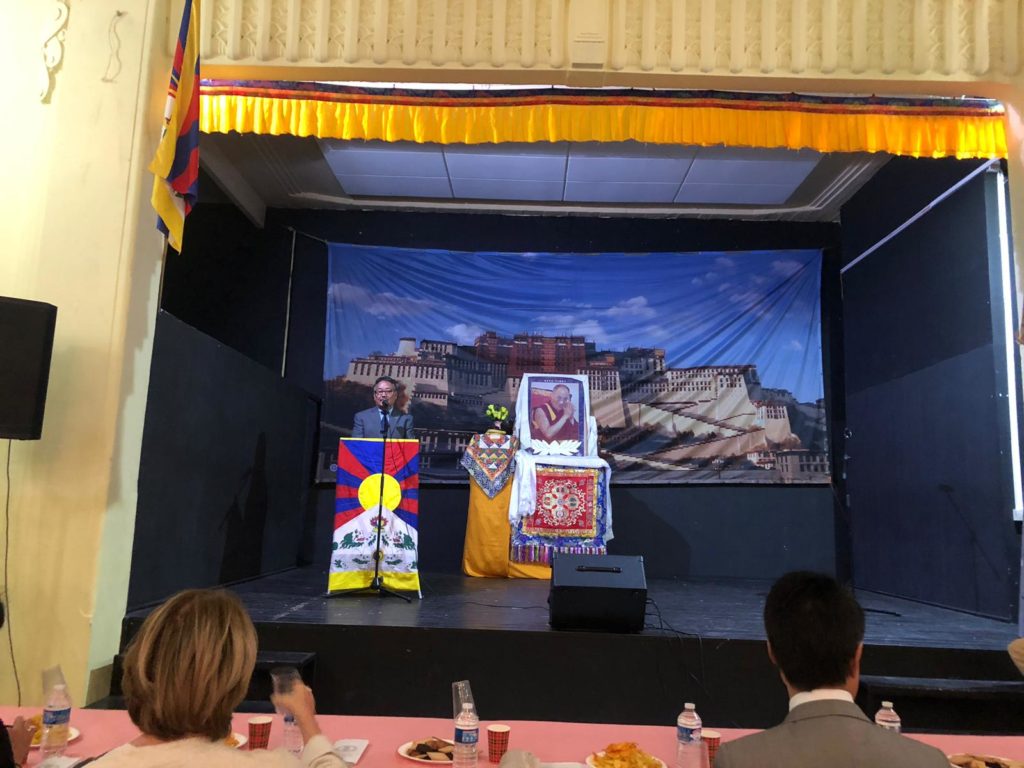 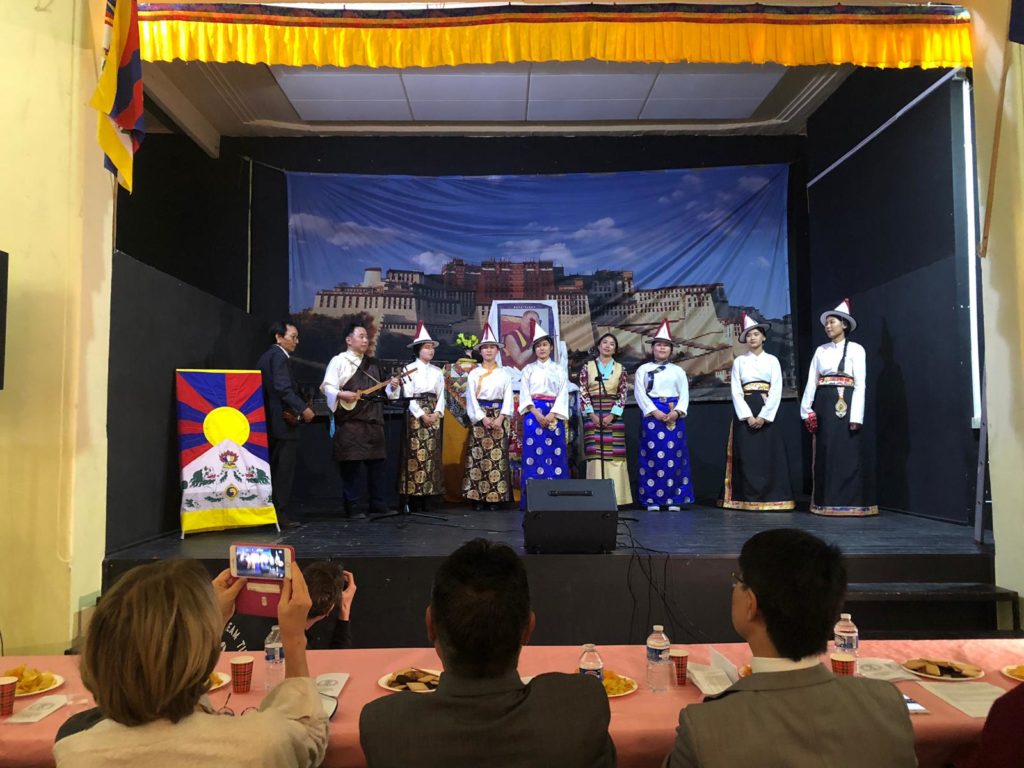 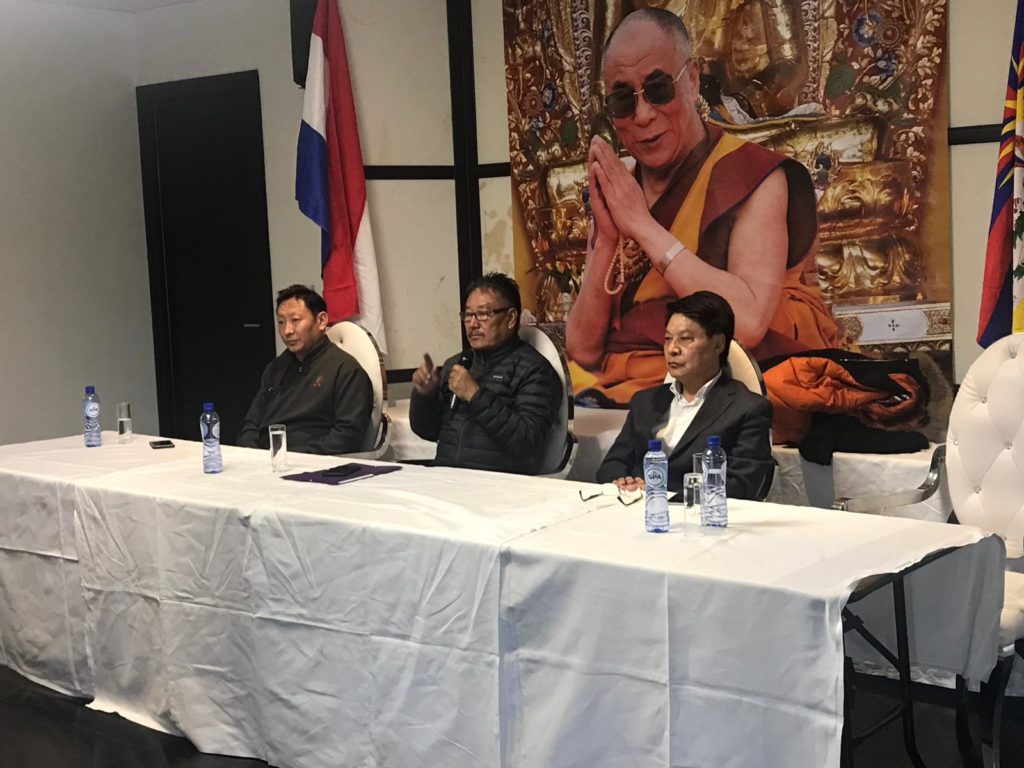 Home Kalon speaking to the Tibetans in the Netherlands. 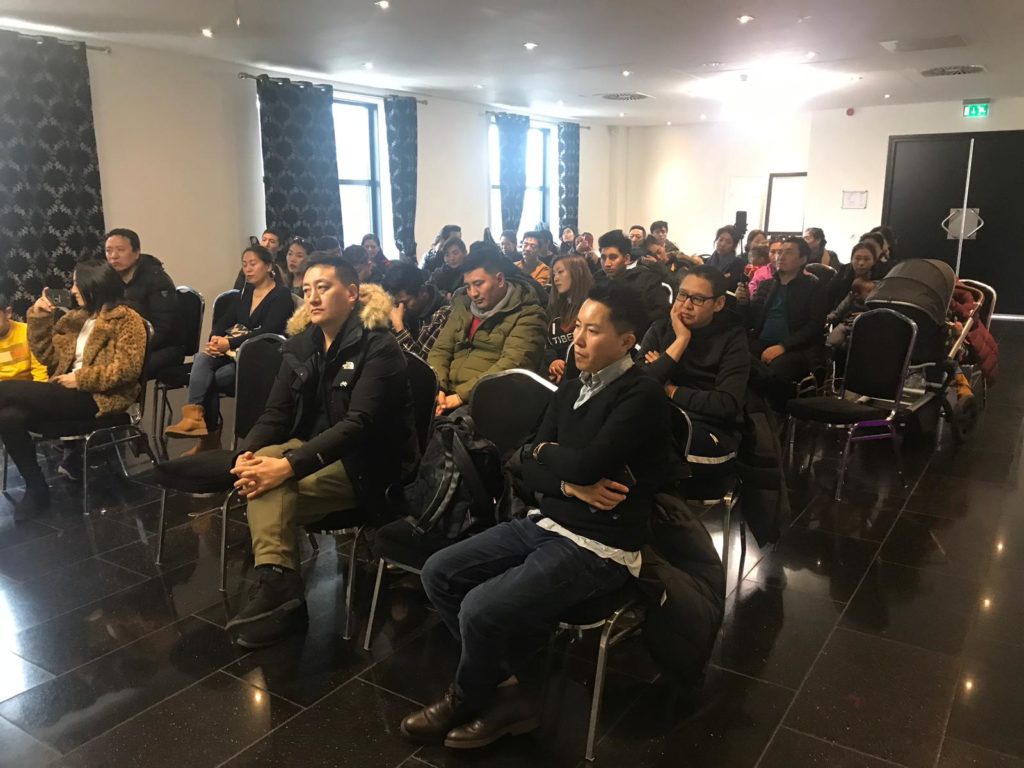