TRENTO: The City of Rovereto, Italy, hoisted the Tibetan National flag at the Bell of Peace yesterday.

It was an emotional moment for Tibetans as the magnificent multi-colored flag unfurled in the backdrop of mountains that resembled the enigmatic mountains back home in Tibet.

The Tibetan national anthem was also sung at the same time.

“We commend the province of Trento for taking a very courageous and political step by permanently hoisting the Tibetan flag – something that is a crime back in Tibet,” said President Sangay.

“I will bring your love and wishes to His Holiness the Dalai Lama and also say that if Trento can do it, so can Tibet!” he added.

His Holiness visited the Bell of Peace back in 2001, a visit that is still warmly remembered by many of the locals. 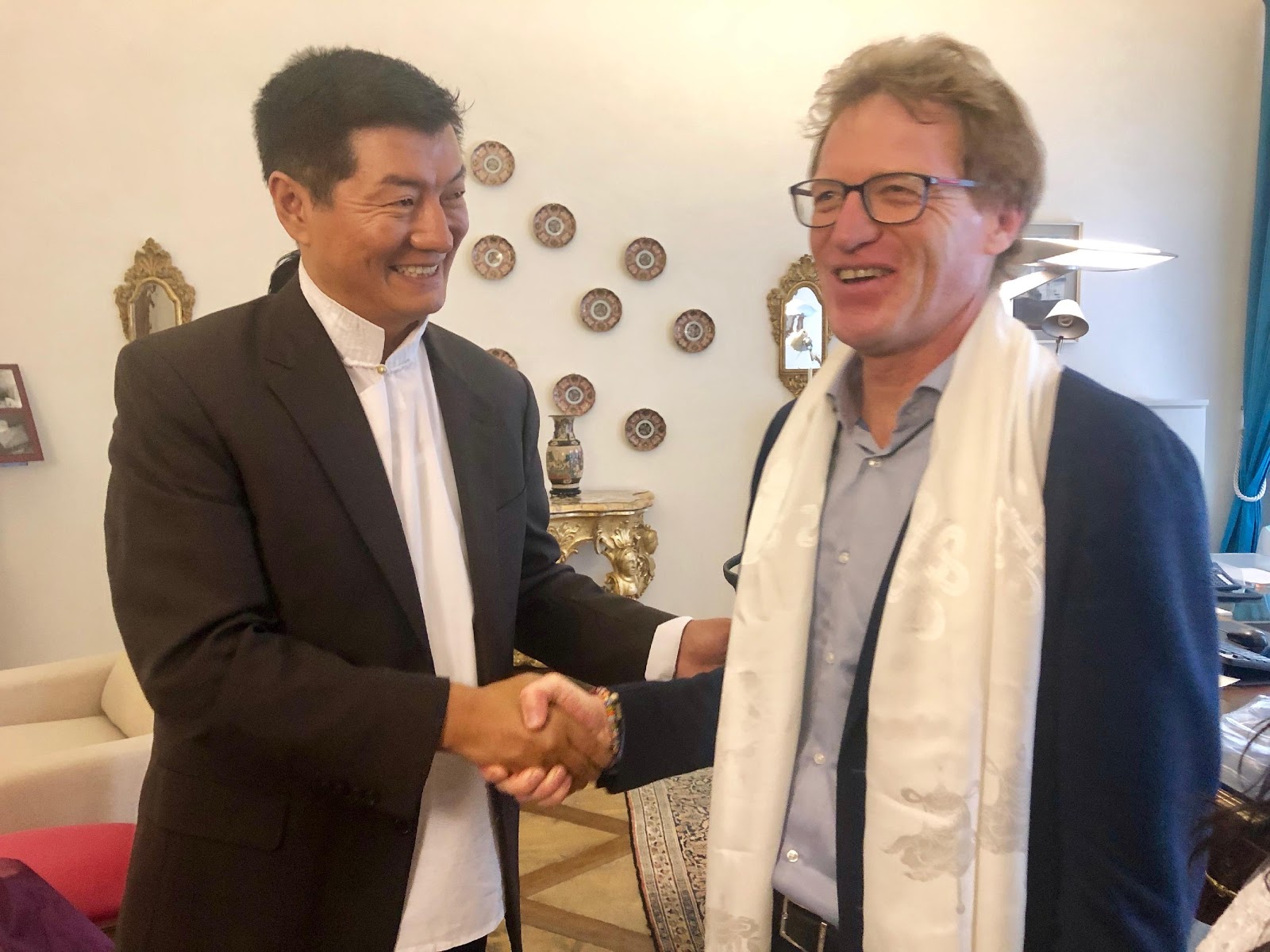 Earlier in the day, the Vice President of Trento Alessandro Olivi officially welcomed President Sangay into his office.

The Tibetan flag will permanently stand with other 96 national flags.