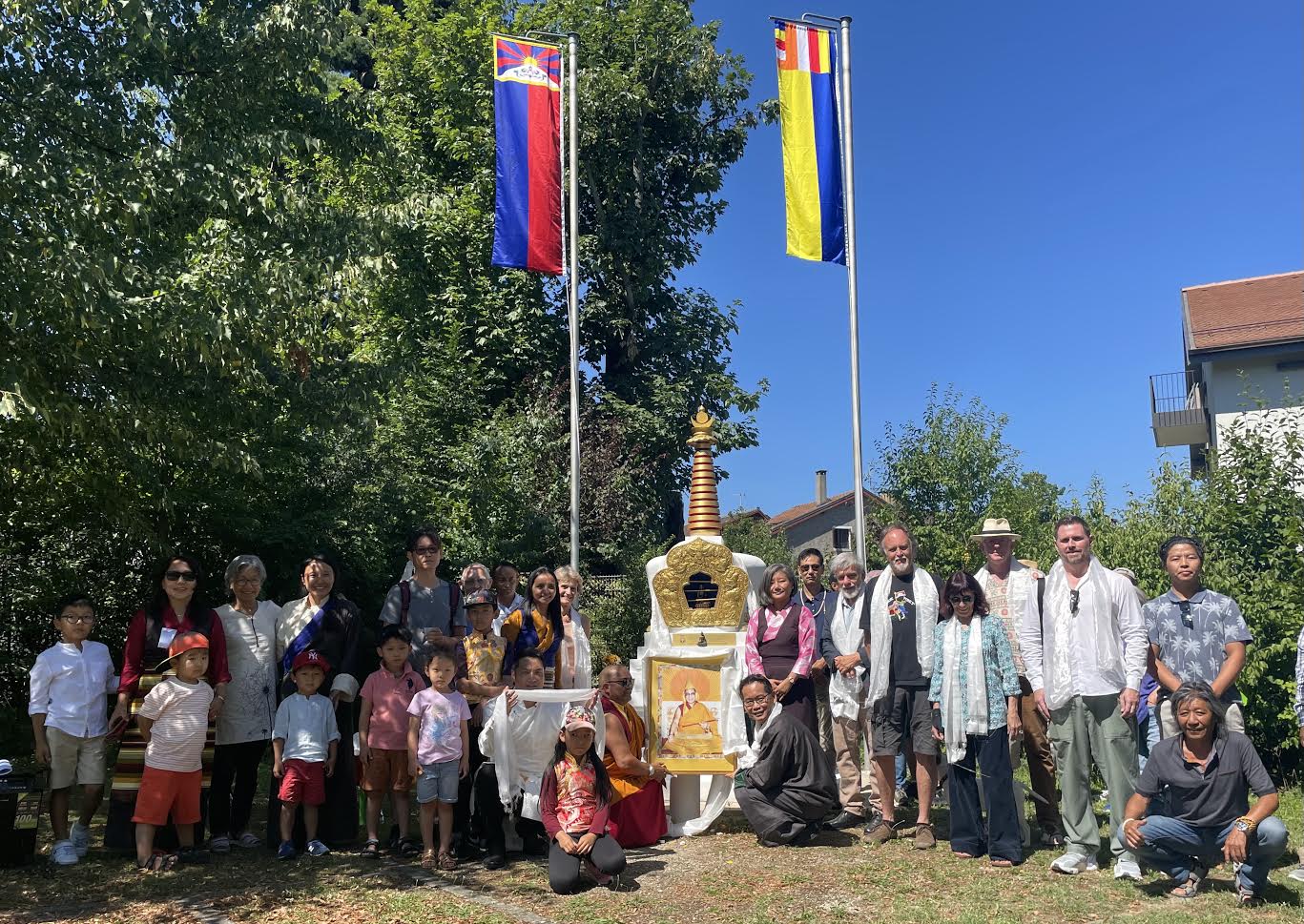 Geneva:On the occasion of His Holiness the Dalai Lama’s 87th birthday, the Tibetan national flag and the Buddhist Flag were hoisted for the first time on 6 July 2022 at 10:30 am, at Parc du Tibet, Geneva.

The Tibetan national flag was hoisted by the Representative of His Holiness the Dalai Lama, Thinlay Chukki from Tibet Bureau, Geneva and the former Mayor of Onex and Swiss Parliamentarian Rene Longet, who is currently the Chief Coordinator of Swiss Tibet Friendship Association- French Speaking Section. The Buddhist Flag was hoisted by the Vice-President of Tibetan Community of Switzerland & Liechtenstein Tenzin Wangdu and Lama Kunsang from Drikung Kagyu Dorje Ling center in Switzerland. The flags will be permanently hoisted at the park.

Prior to the hoisting of the flags, a small Buddhist religious ceremony was held for the consecration of the stupa which was led by Lama Kunsang from Drikung Kagyu Dorje Ling center in Switzerland. The holy statue of Buddha placed inside the stupa for consecration was bestowed by His Holiness the Dalai Lama’s office last year.

Parc du Tibet was inaugurated on 14 February 1998 by the Mayor of Bernex to support Tibetans and their non-violent struggle for freedom back in their home country, Tibet. Subsequently, a Buddhist stupa was constructed in the park which was inaugurated on 1 October 2001 by the Mayor and the Council of Bernex in the presence of officials from Tibet Bureau-Geneva and monks from the Rikon Monastery. The stupa is named as Stupa of Enlightenment. 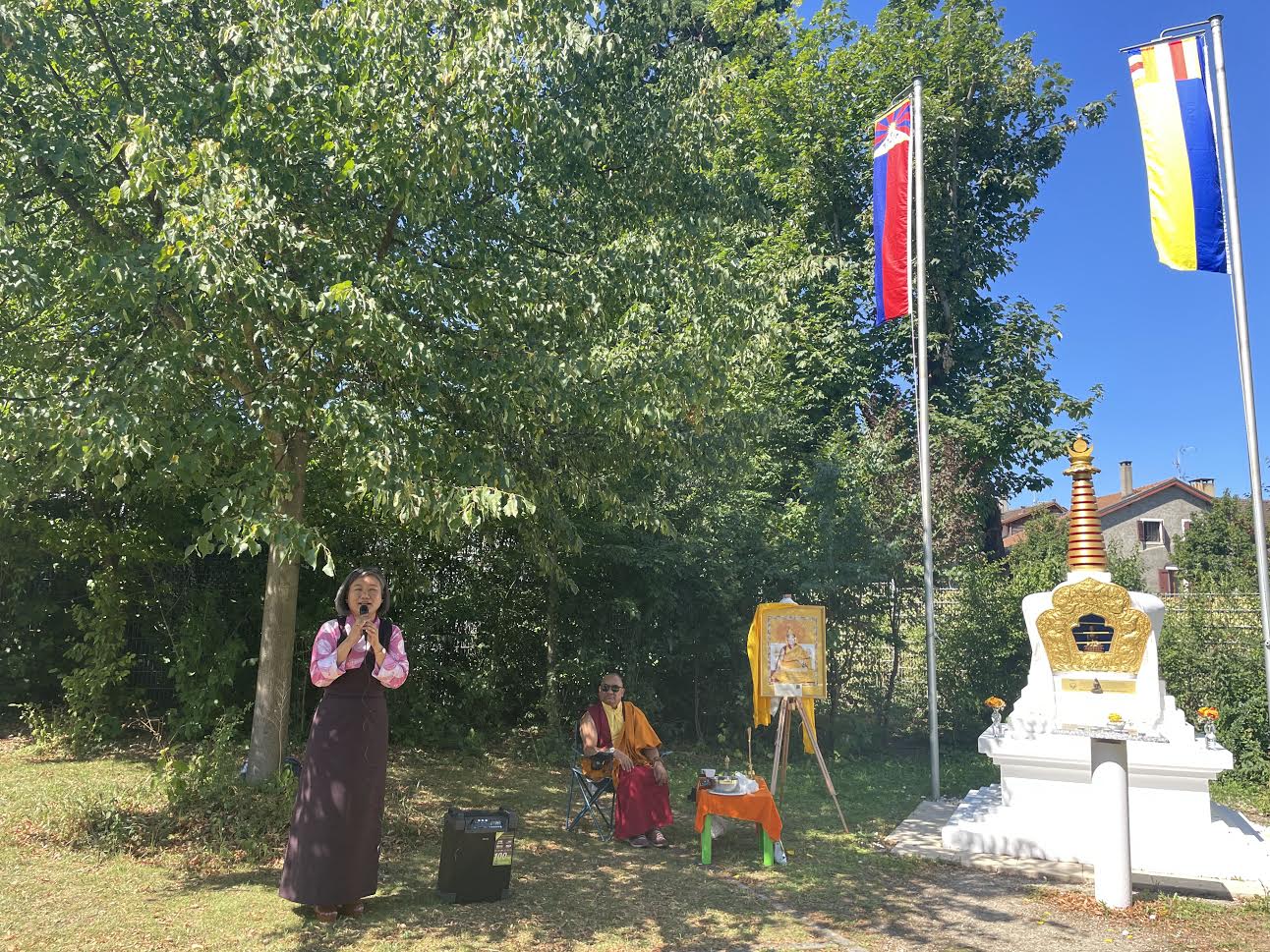 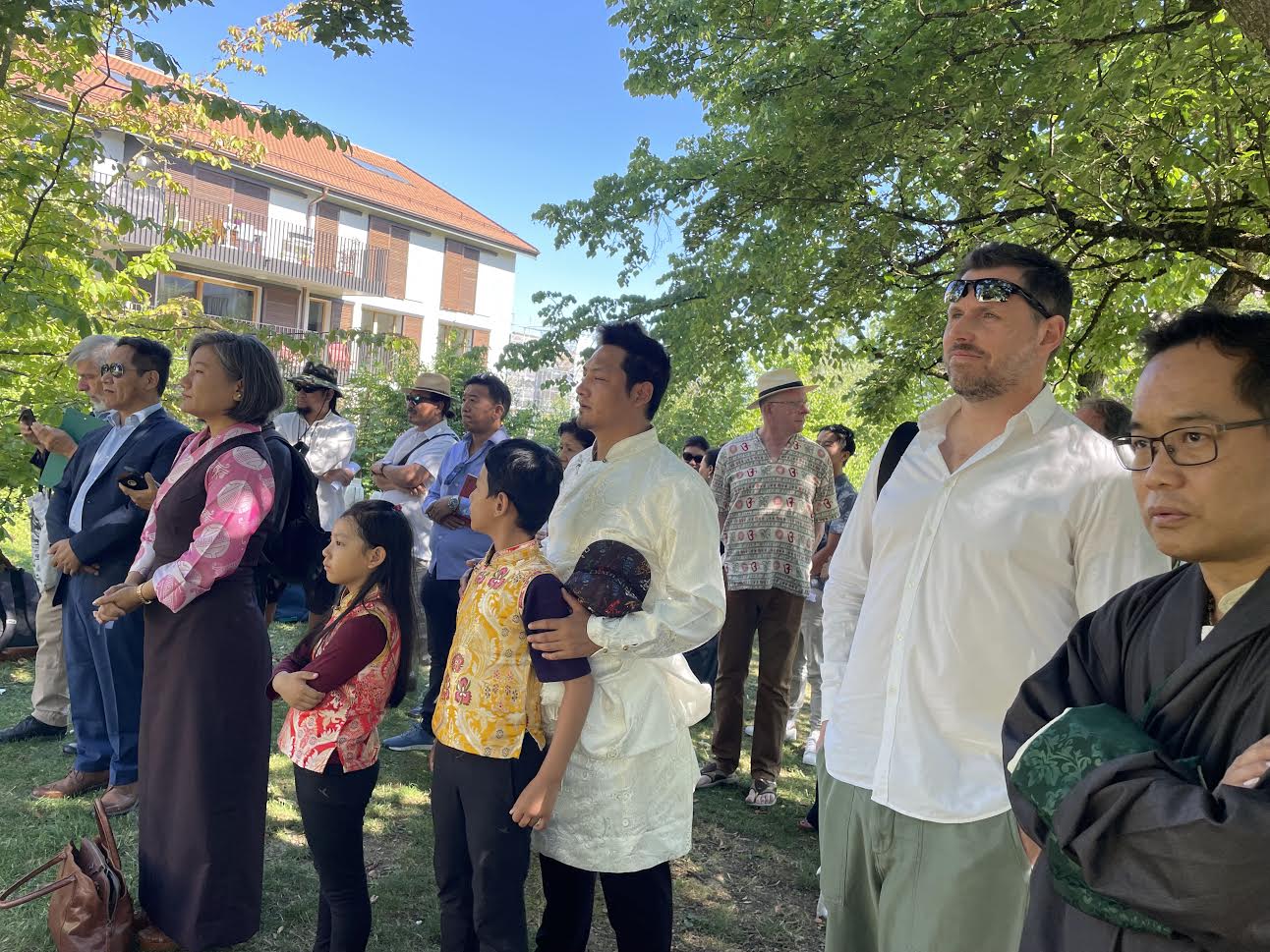 During the flag hoisting ceremony