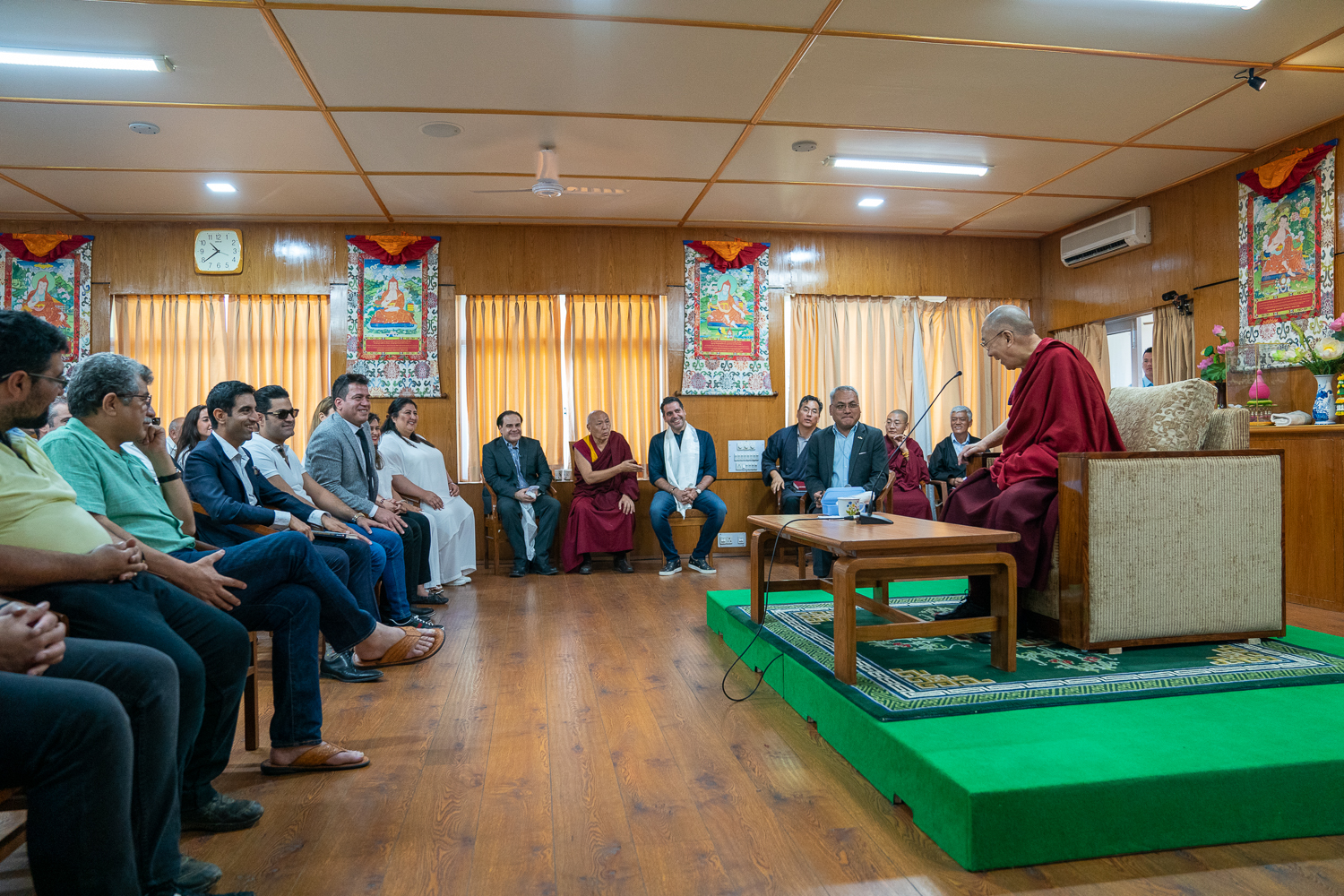 His Holiness the Dalai Lama addressing members of the Iranian Impacters Club during their meeting at his residence in Dharamshala on June 7, 2019. Photo by Tenzin Choejor/OHHDL

Dharamshala: Next week in Delhi His Holiness the Dalai Lama will be attending a meeting to celebrate diversity among Indian Muslims. The meeting will also include participation of Tibetan Muslims.

His Holiness disclosed this during a meeting with an Iranian group consisting of 58 members of the Iranian Impacters Club and CEOs of various enterprises at the former’s residence in Dharamshala.

His Holiness said he looked forward to the meeting and hoped representatives of the embassies of various Muslim countries will also attend.

“I believe it will be an opportunity to promote religious harmony,” he said.

Even as he is nearing the age of 84, His Holiness the Dalai Lama continues to make appearances in interfaith dialogue and collaborate with other religious groups to promote better understanding and respect among the different faiths of the world.

It remains one of his four principal commitments: to promote religious harmony.

Speaking to the Iranian group on this commitment, His Holiness said: “As a Buddhist monk I feel a moral responsibility to promote inter-religious harmony. I’m convinced that religious harmony is possible—look at India where so many religious traditions have lived side by side for thousands of years.”

“Because I value religious harmony I’m happy to meet members of other faiths, so it’s a real honour for me to meet you Shia brothers and sisters today,” he said cheerfully.

“Some people are suspicious of Iranians, but I recall that there are reports of links between Tibet and Persia during the time of King Songtsen Gampo during the 7th century.”

At the occasion, His Holiness also spoke fondly of the small Muslim community who had settled in parts of Tibet since the time of 5th Dalai Lama.

“In the part of Tibet where I was born, we had Muslim neighbours and as children we played together joyfully with no differences between us. Once I reached Lhasa, our capital city, with the name Dalai Lama, I found there was a small Muslim community there too. They’d been there since the time of the 5th Dalai Lama who gave them land on which to build a mosque.”

His Holiness recalled that “there were almost no reports of disputes between local Buddhists and these Muslims, who were peaceable, cooked delicious food and spoke with an impeccable Central Tibetan dialect.”

Representatives of Tibetan Muslim communities who are today based in parts of India are expected to participate in the upcoming meeting with His Holiness the Dalai Lama at IIC, Delhi. 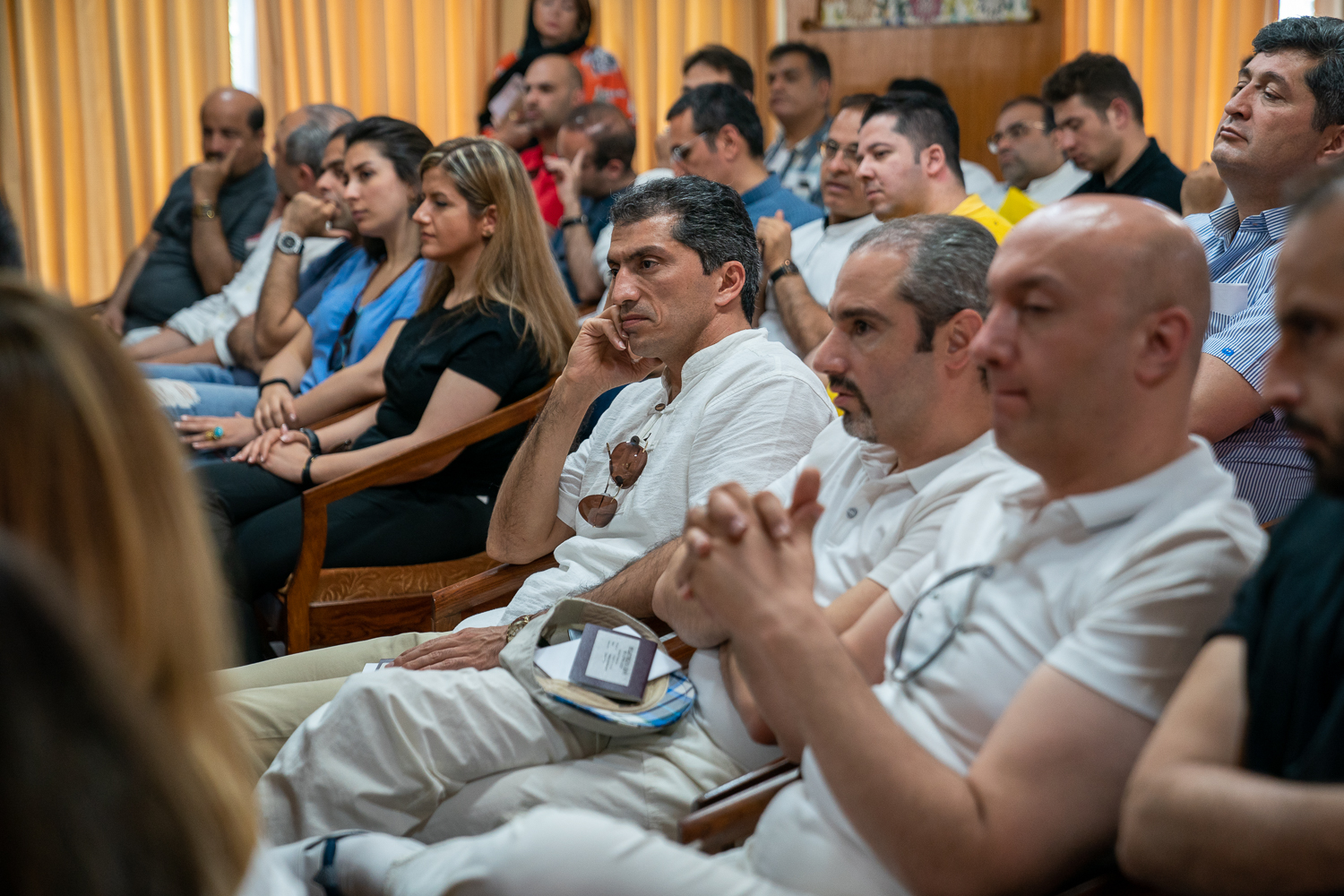 Members of the Iranian Impacters Club during the meeting with His Holiness the Dalai Lama at his residence in Dharamsala, HP, India on June 7, 2019. Photo by Tenzin Choejor/OHHDL 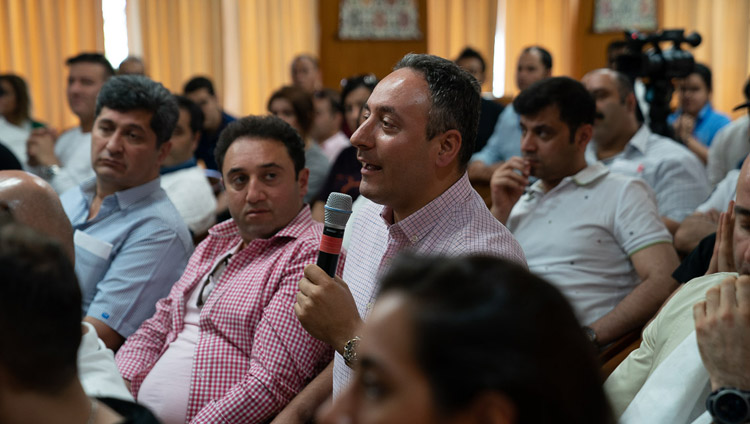 A member of the audience asking His Holiness the Dalai Lama during his meeting with members of Iranian Impacters Club at his residence in Dharamsala, HP, India on June 7, 2019. Photo by Tenzin Choejor/OHHDL 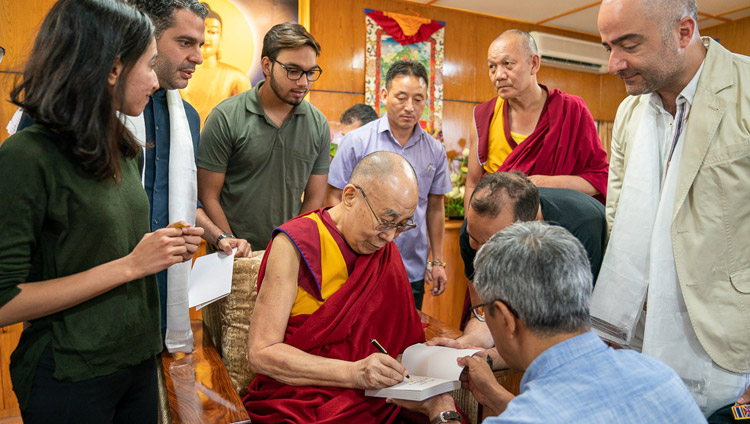 His Holiness the Dalai Lama signing one of his books to present to members of the Iranian Impacters Club at the conclusion of their meeting at his residence in Dharamsala, HP, India on June 7, 2019. Photo by Tenzin Choejor/OHHDL