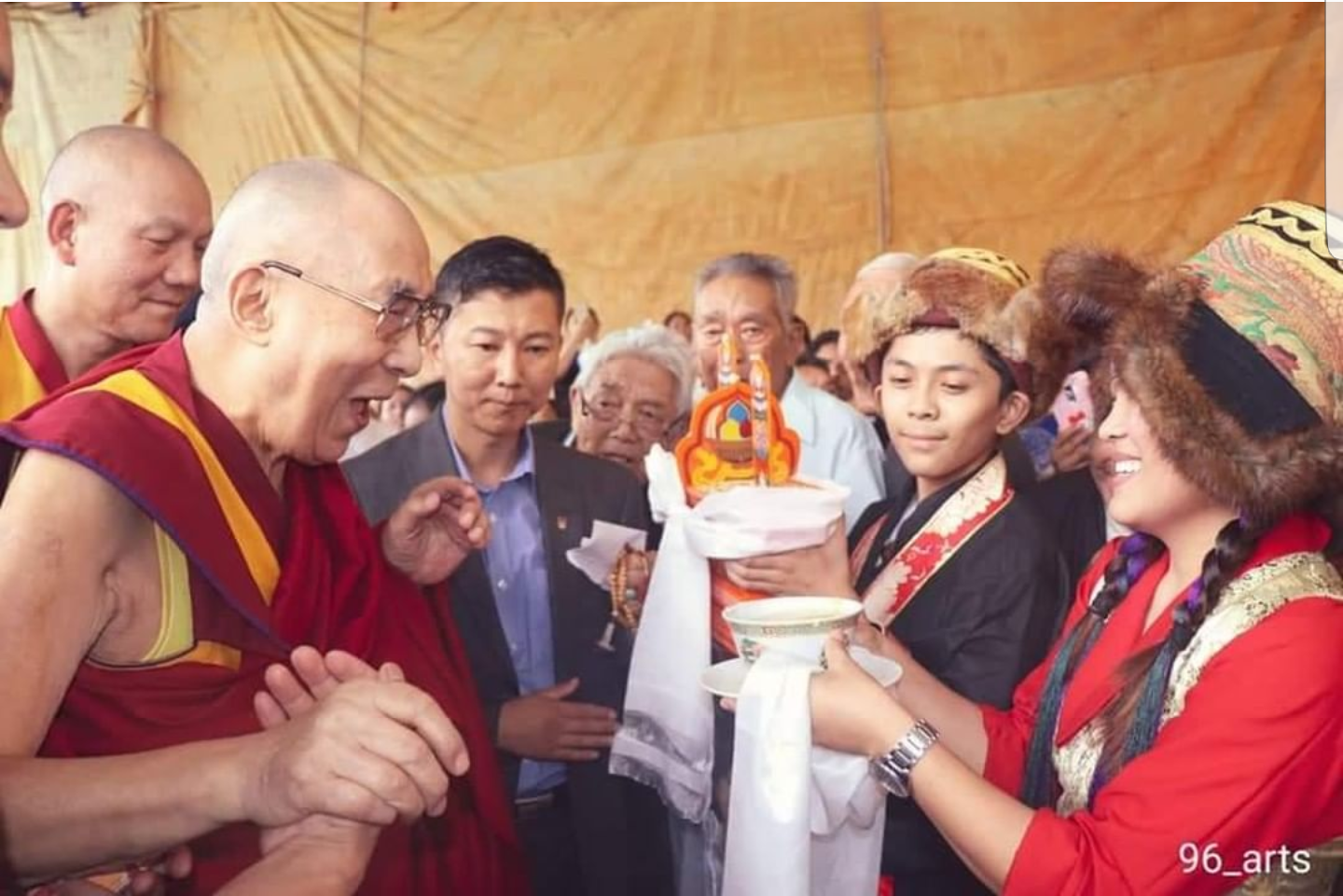 His Holiness the Dalai Lama being offered traditional welcome and greeted warmly by the members of Mandi Tibetan community. Photo/TSO Mandi

On Reaching Manali the next day, His Holiness was escorted to Von Ngari Monastery where the Abbot, Gomang Khensur Lobsang Samten and Settlement Officer of Kullu-Manali Tibetan settlements Tenzin Nangwa greeted him with traditional offerings.

Inside the monastery, His Holiness lit a butter lamp and paid homage to the Buddha, Avalokiteshvara and so forth. Once he had taken his seat, the Abbot offered a mandala and the threefold representation of the body, speech and mind of enlightenment.

On His Holiness’s first public address in Manali, He said: “In Tibet, there were three monasteries, ‘Nga, Dak and Gyal that were founded by Gyalwa Gendun Gyatso, the Second Dalai Lama.” These were Ngari Tratsang, Dakpo Shedrup Ling and Chö-khor Gyal on the banks of Lhamo Latso.”

“Rinpoché here, (the Abbot), expressed a wish to re-establish Ngari Tratsang in exile, so I suggested he do that here. I’m grateful to him for doing so and for inviting me to visit. I would also like to thank the Lamas of other traditions who have joined us today.”

“Although we have fewer monks these days, it’s still important to establish centres of learning, not only so monks and nuns can study, but so lay-people can too. Buddhism is not founded on faith but on reason. Immediately after his enlightenment, the Buddha felt that, although he had realized a nectar-like Dharma, if he were to try to teach it nobody else would understand what he said. It was through the use of reason that his followers’ understanding began to grow.”

His Holiness asked what texts the monks were memorizing and was pleased to hear that they were learning ‘Ornament for Clear Realization’, ‘Abhisamayalankara’. He mentioned how important it is to combine this explanation of the Perfection of Wisdom instructions with those of the Middle Way View (Madhyamaka).

His Holiness will begin teachings on ‘Eight Verses for Training the Mind’, the ‘37 Practices of Bodhisattvas’ and Nagarjuna’s ‘Commentary on Generating the Awakening Mind of Bodhichitta’ from 13th August. On 15th he will give the empowerment of Avalokiteshvara Lord of the World.

-Sourced from dalailama.com and contributed by TSO Mandi 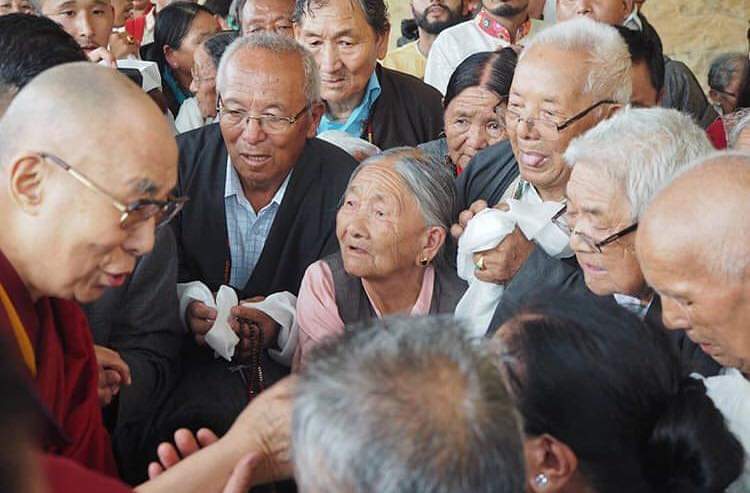 His Holiness the Dalai Lama greeting and addressing a group of elderly people at Mandi. Photo/TSO Mandi 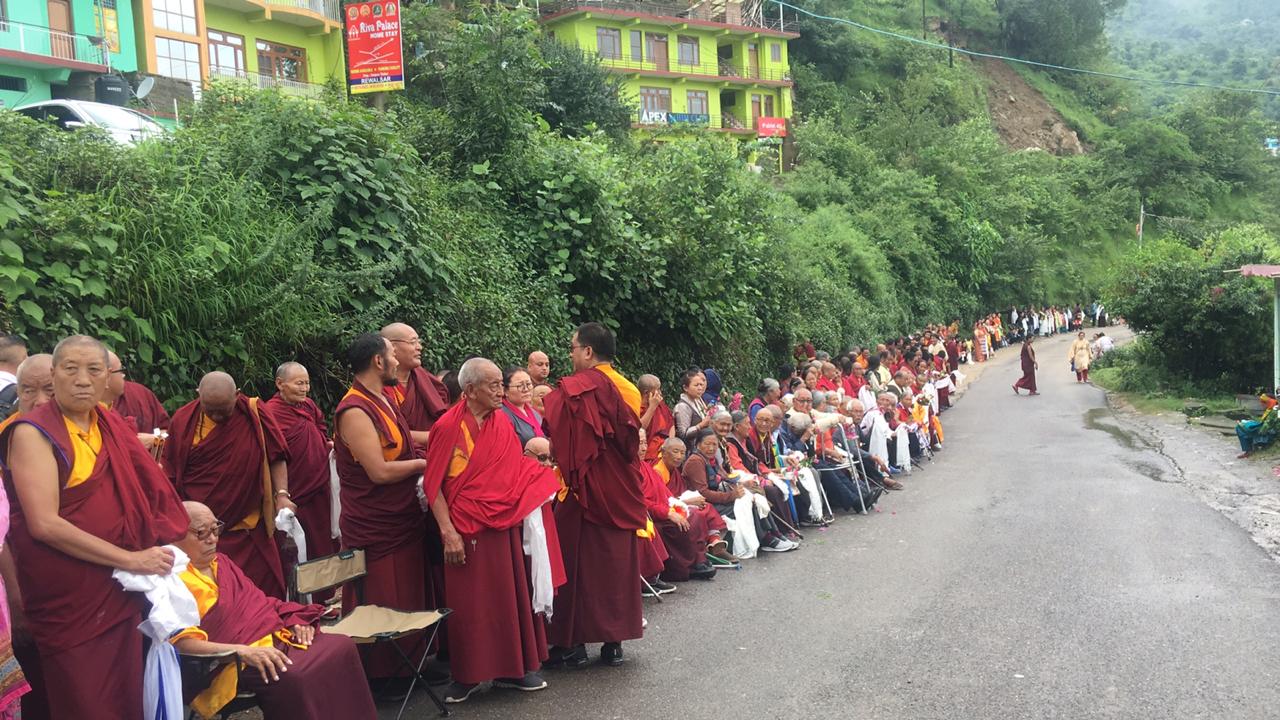 Members of Tibetan community in queue as they await the arrival of His Holiness the Dalai Lama at Rewalsar. Photo/TSO Mandi 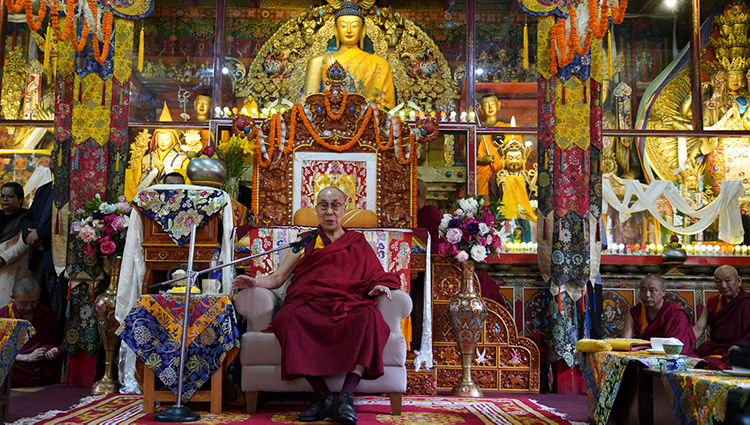 His Holiness the Dalai Lama speaking at Von Ngari Monastery during ceremonies to mark his arrival in Manali, HP, India on August 10, 2019. Photo/Lobsang Tsering/OHHDL