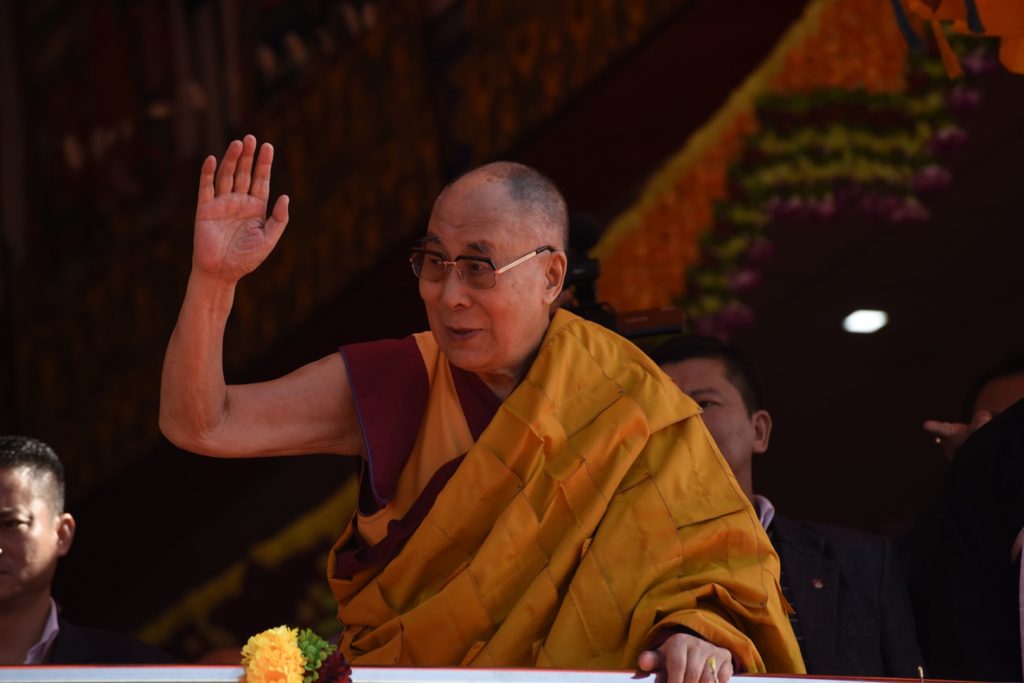 His Holiness the Dalai Lama waves to the crowd in Tawang, April 10, 2017. Photo @ Jayang Tsering, DIIR

Tawang: On final day of public teachings attended by over 50,000 devotees, His Holiness the Dalai Lama thanked the Arunachal Pradesh government, in particular Chief Minister Pema Khandu, for making the visit special and memorable.

His Holiness said the visit has been a memorable one and that he would cherish it forever.

He also thanked the masses from Arunachal Pradesh, Himalayan Region and Bhutan who have converged in droves, especially those from far-flung areas.

While addressing the multitudes on ‘Secular Ethics and Happiness’, His Holiness said secular ethics is the only way to bring lasting peace and happiness in the world. 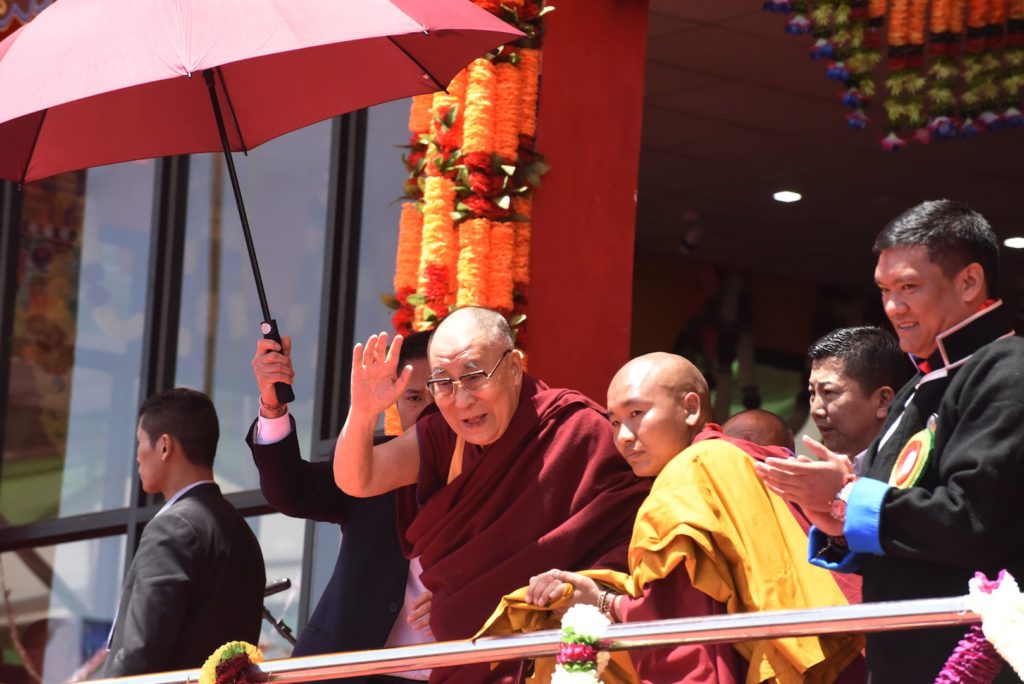 His Holiness the Dalai Lama waves to the crowd in Tawang, April 10, 2017. Photo @ Jayang Tsering, DIIR

“Peace in post World War II is built on fear. But genuine peace can come only through inner peace and through training of the mind,” said His Holiness.

His Holiness reasoned “a terrorist killing in the name of religion can never be true to his faith. However, efforts must be made to reach out to them as they are not born terrorist but circumstances made them so.”

His Holiness further advised: “It’s our action that brings comfort and discomfort and human intelligence and not rituals should be used to transform emotions.”

Pema Khandu, Chief Minister of the State requested His Holiness to confer the Kalachakra Teaching in Arunachal Pradesh in the near future. 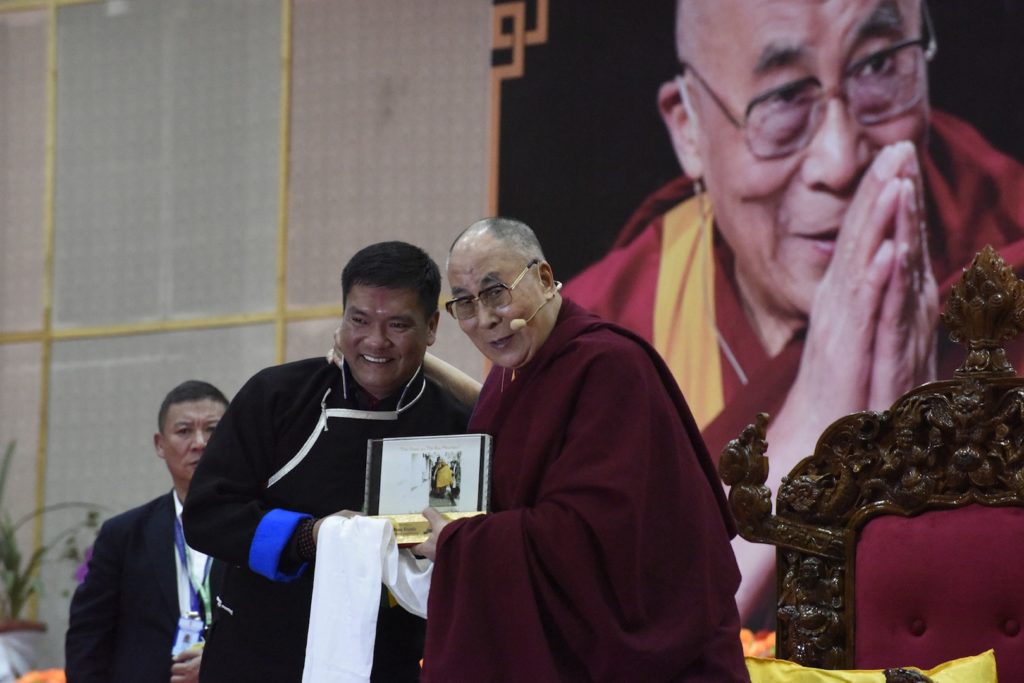