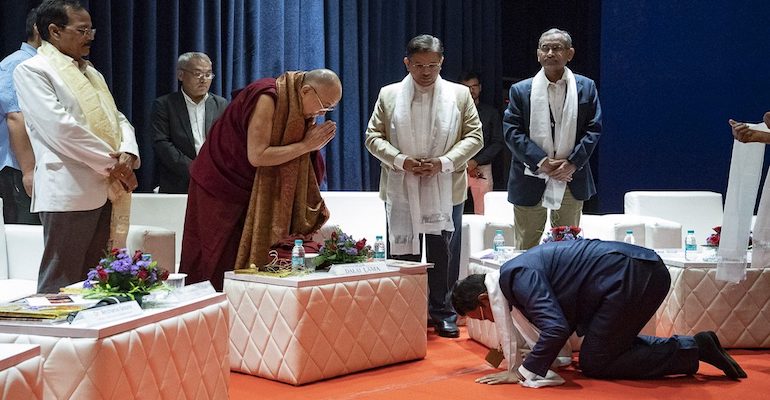 Mumbai:  His Holiness the Dalai Lama inaugurated the International Conference on the Concept of Maitri in Buddhism at the University of Mumbai earlier today where he announced that “meetings on Secular Ethics Curriculum at international and national levels will take place soon.”

Outlining the purpose for a secular curriculum, His Holiness said education as a universal medium could serve in fostering oneness of human experiences and strengthening the basic human values of warmheartedness and loving kindness. “Relying on religious tradition won’t appeal to everyone.”

“We need to make efforts to promote basic human values not through religious teachings but through education,” he remarked.

Stressing his commitment to this endeavour, His Holiness said one of his main commitments is to try to revive the ancient Indian knowledge in modern India strictly through secular way.

He noted that Secular in the Indian context means respecting not only religious believers but also those who do not believe in religion.

Once it is revived at home, then India can share it with neighbouring Buddhist countries including China. “If China follows this altruistic dharma then genuine socialism can develop.” 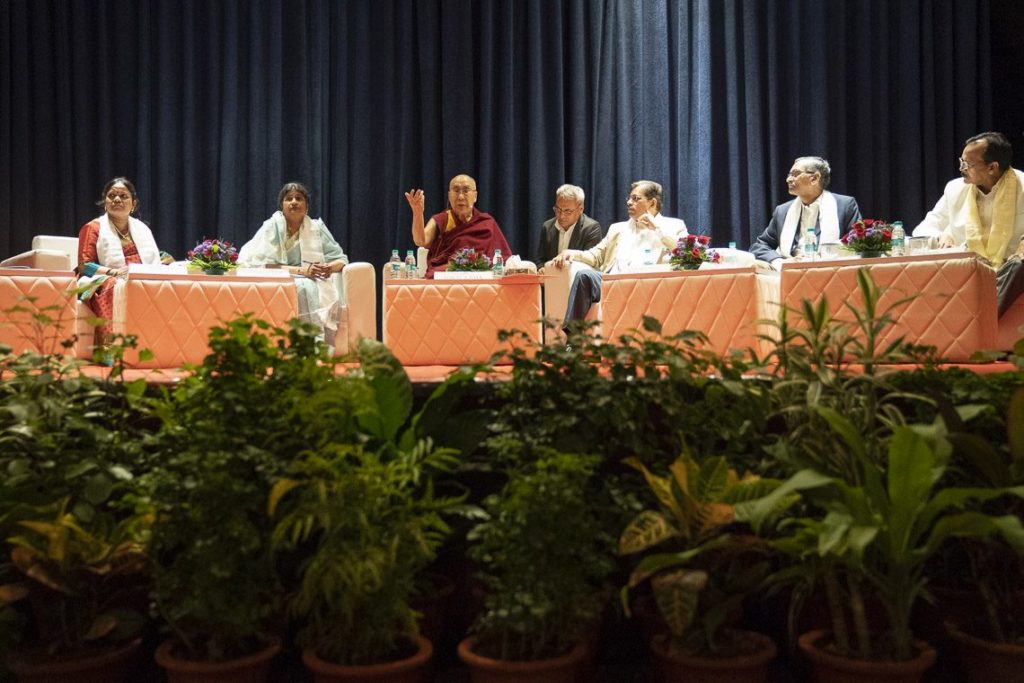 His Holiness the Dalai Lama delivering the Inaugural Address in the International Conference On “Concept of Maitri (Metta) in Buddhism” organised by the Department of Philosophy, The Centre for Buddhist Studies, University of Mumbai. Photo/Lobsang Tsering/OHHDL

“Each year, we have better facilities in every aspect, but look around the world, same human beings as us are facing starvation, killings and too much violence.”

“Why?” he asked. Because we neglect the suffering of other human beings as we continue to lead our materialistic lives.

He thanked the organisers as he spoke on the importance of the concept of Maitri and Karuna. “I really appreciate it. We need this kind of discussions to take place. Although these are derived from the religious text, we should consider including these in academic subjects.”

“So at a time when we are making special effort for the promotion of these deeper values, biologically female have more potential.”

“We need a more universal approach based on common experience, common sense and scientific findings”.

Tomorrow His Holiness will speak on “The Compassion and the Need for Universal Responsibility” at the 11th Silver Lecture at the Guru Nanak College of Arts, Science and Commerce, Sion, Mumbai. 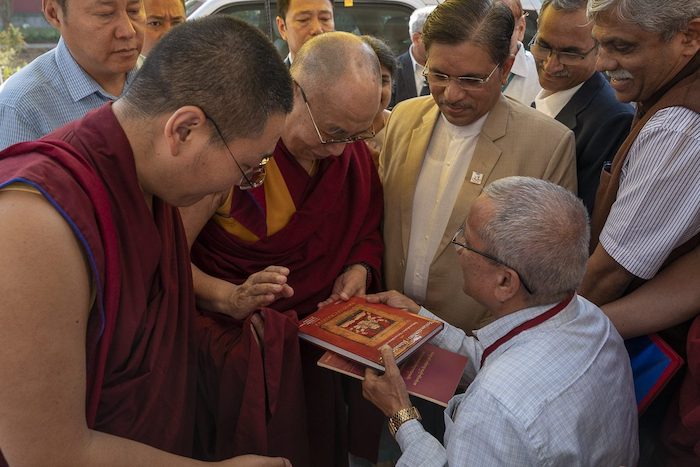 A professor offering his book to His Holiness the Dalai Lama as he arrives at the Inaugural ceremony of the International Conference On “Concept of Maitri (Metta) in Buddhism” organised by the Department of Philosophy, The Centre for Buddhist Studies, University of Mumbai. 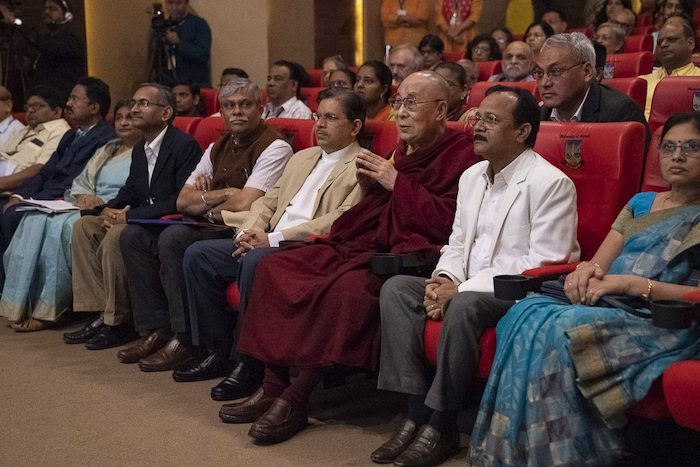 His Holiness the Dalai Lama watching the opening performances at the International Conference On “Concept of Maitri (Metta) in Buddhism” organised by the Department of Philosophy, The Centre for Buddhist Studies, University of Mumbai.