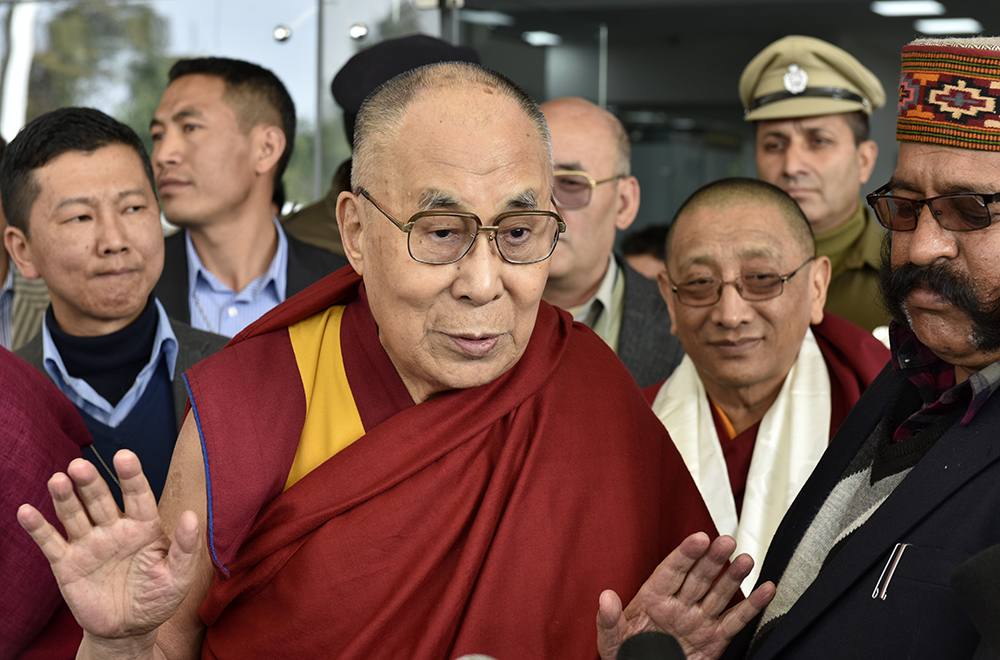 His Holiness the Dalai Lama speaking to media-persons at Gaggal airport in Kangra upon arrival on 31 January 2018. Photo/Tenzin Phende/DIIR

DHARAMSHALA: His Holiness the Dalai Lama returned to Dharamshala today from Bodh Gaya via Delhi where he stopped for a routine medical check-up on Sunday, 28 January.

His Holiness the Dalai Lama was welcomed at Gaggal airport by officiating President Kalon Karma Gelek Yuthok and Speaker Khenpo Sonam Tenphel. Devotees including Tibetans, Indians and tourists thronged the streets from Gangchen Kyishong all the way to Mcleod Ganj to offer a rousing reception to the spiritual leader.

Responding to media queries at the airport, His Holiness the Dalai Lama assured the public of his excellent health despite his advanced age.

“Just yesterday, I went to the hospital for a medical check up at Max hospital. I am in excellent health. Of course, I am an 82-year-old person. So, year by year, the feeling of tiredness is increasing. This time I have been out for almost a month and half. I felt it was too long,” His Holiness remarked.

Speaking about the bomb scare in Bodh Gaya recently, His Holiness the Dalai Lama expressed that the local police in Bodh Gaya took every step to ensure security for the public and said that we shouldn’t sensationalise the matter too much as the media is prone to do at times.

In Bodh Gaya, His Holiness gave a series of teachings, empowerment, and initiations to over 50,000 devotees from more than 13 countries. Beginning from 1 January, this has been his longest sojourn in Gaya.

One of the highlights of the visit was the release of the first English volume of the groundbreaking series titled, ‘Science and Philosophy in the Indian Buddhist Classics’. Bihar Chief Minister, Shri Nitish Kumar, attended the ceremony.

From 5 to 7 January, His Holiness gave a three-day teaching on Dharmachakra Parivaretan Sutra on The Four Noble Truths (chokyi khorlo korwe do) & Sutra on Dependent Origination (tendrel chi do) to a group of Indian devotees from all across India.

From 14 – 16 January, His Holiness gave teachings on Nagarjuna’s Commentary on Bodhicitta (jangchup semdrel) & Gyalsey Thokme Sangpos’s Thirty-Seven Practices of a Bodhisattva (laklen sodunma). His Holiness also conferred the Avalokiteshvera Initiation (chenresig wangchen) for over 30,000 devotees from Tibet, Mongolia, Taiwan, and the west.

In between, His Holiness made a brief visit to Pune to speak at the inaugural ceremony of the 2nd National Teachers’ Congress, Pune. 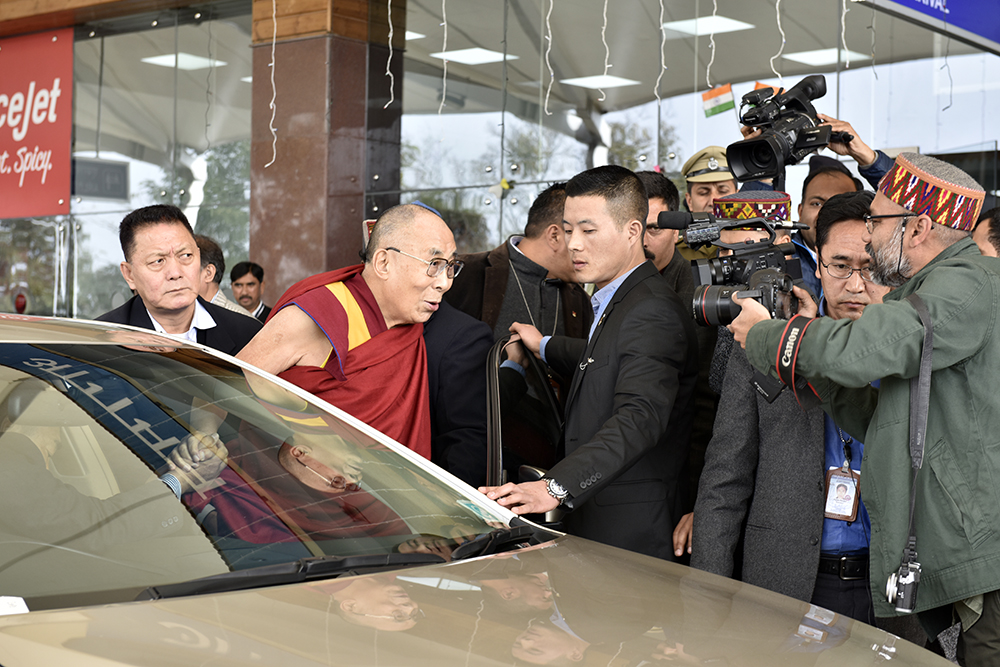 His Holiness the Dalai Lama speaking to media-persons at Gaggal airport in Kangra upon arrival on 31 January 2018. Photo/Tenzin Phende/DIIR 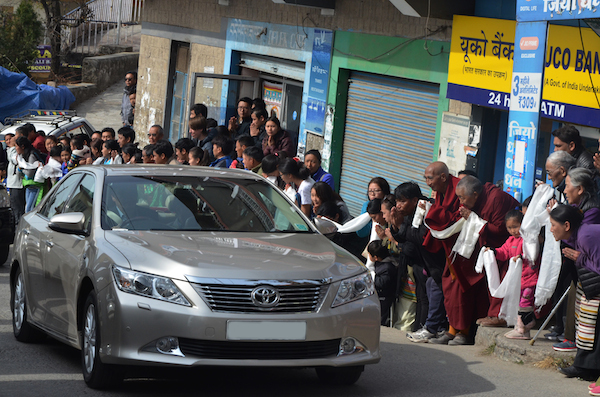 Devotees welcoming His Holiness the Dalai Lama to Dharamshala on 31 January 2018. Photo/Jamyang Tsering/DIIR