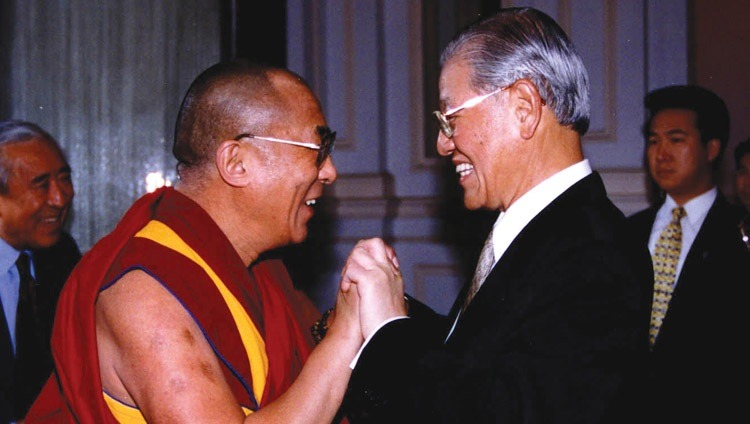 His Holiness the Dalai Lama with Taiwanese President Lee Teng-hui in Taipei, Taiwan on March 27, 1997.

Thekchen Chöling, Dharamsala: On receiving news that former Taiwanese President Lee Teng-hui had passed away, His Holiness the Dalai Lama wrote to express his condolences to his widow Mrs Tseng Wen-hui and members of her family.

“As you know,” he wrote, “I had the honour of meeting your husband during my first visit to Taiwan in 1997 when he was the first popularly elected President. Subsequently, we met again in Taiwan and at Peace Forums elsewhere and I regard him as a personal friend.

“His contribution to Taiwan’s democratic development was an exceptional achievement. Today, Taiwan is a vibrant and prosperous democracy with a rich cultural heritage. Perhaps the best tribute we can pay him is to remember his courage and determination and emulate his dedication to democracy.”

His Holiness concluded by observing that President Lee Teng-hui was an ally of the Tibetan people and did what he could to support them.