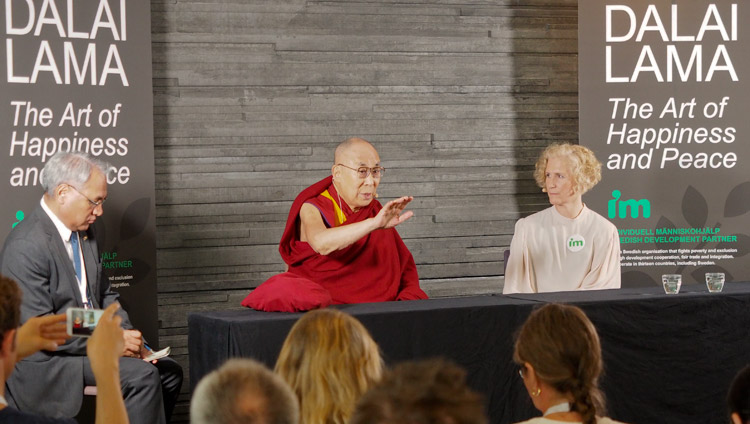 Secretary General of IM Ann Svensén looks on as His Holiness the Dalai Lama addresses members of the press in Malmö, Sweden on September 12, 2018. Photo by Jeremy Russell

Dharamshala, India — “I don’t admire the USA for its nuclear weapons but for its advocacy of democracy, freedom and liberty, I hope here in Sweden you can keep these values alive,” His Holiness the Dalai Lama told members of the media before speaking at a conference called ‘The Art of Happiness and Peace’ in Sweden’s third-largest city of Malmö on September 12, 2018.

During a brief meeting with members of the media Wednesday morning, His Holiness was introduced by Ann Svensén, who pointed out that this year sees the 80th anniversary of IM’s founding, but also 50 years of partnership with Tibetans. She mentioned IM’s launch in 2016 of Humanium Metal, a metal made from recycled illegal weapons. “We are very happy to have you here,” she said, “and look forward to hearing what you have to say.”

“Firstly our relations are neither political, nor related to money,” His Holiness began. “Our relations began in the way that when human beings find themselves in difficulties, others come to their aid. As scientists say, basic human nature is compassionate and IM is an organization that puts compassion into action. When we Tibetans first came into exile the future looked dark, but many individuals and organizations offered us help—IM was among them, which I appreciate.

“One of my goals is to create a better world by encouraging humanity to be more compassionate. On a mental level we can generate compassion, but if on a physical level we limit the availability of weapons it will be effective in reducing violence and harm. Therefore, our goal should be a demilitarized world. If we adopt a vision and make an effort at the start of the 21st century we can make this a happier era than came before without war and killing. Problems will still arise, but we need to address them differently. We need to engage in dialogue to resolve them rather than resorting to the use of force.”

The first question put to His Holiness sought his advice following the recent polarized election result in Sweden. He replied that to give such advice he would have to study the situation more deeply which he has been unable to do. He hoped that the impression of Sweden as a prosperous, peaceful country where the gap between rich and poor is relatively small would continue to prevail.

“I don’t admire the USA for its nuclear weapons but for its advocacy of democracy, freedom and liberty, I hope here in Sweden you can keep these values alive.

“Recently large numbers of refugees, many from the Middle East, have fled to Europe in fear for their lives. They have been given shelter and support, but the long-term solution should include providing training and education, particularly for their children, so they can return to rebuild their own countries when peace has been restored.”

Asked about the hate dispersed through social media His Holiness remarked, “We are all the same as human beings and I am trying to educate people in understanding that the ultimate source of happiness is a warm heart and a calm mind. We need to pay more attention to peace of mind.”

Another questioner wanted to know if His Holiness was disappointed that fewer Presidents and Prime Ministers were prepared to meet him as China has grown as an economic power. He answered that on the one hand he is not disappointed because his main interest is to meet ordinary people and on the other, since 2001, when Tibetans first achieved an elected leadership, he has retired from political responsibility. What’s more he has put an end to the tradition whereby Dalai Lamas serve as political as well as spiritual leaders.

Asked if he worries about climate change, His Holiness replied that he has observed the decline in snowfall where he lives. Challenged to say what we can do, he noted that at one time the river running through Stockholm no longer supported any fish because of pollution by factories. He pointed out that we can make a difference if we change our behaviour. Once the factories ceased polluting the river, fish returned. He stated that working together, as stipulated in the Paris accord, is essential.

His Holiness agreed with another questioner that cutting back on the manufacture and sale of weapons is crucial to world peace. He expressed the hope that Nobel Peace Laureates would give this their support. However, he recalled a resolution by fellow Nobel Peace Laureates in Rome several years ago to eliminate nuclear weapons and his own suggestion that a timetable be set and countries possessing these weapons held to it, but nothing happened. His Holiness mentioned that he has asked President Obama and Indian Peace Laureate Kailash Satyarthi to take up the cause. 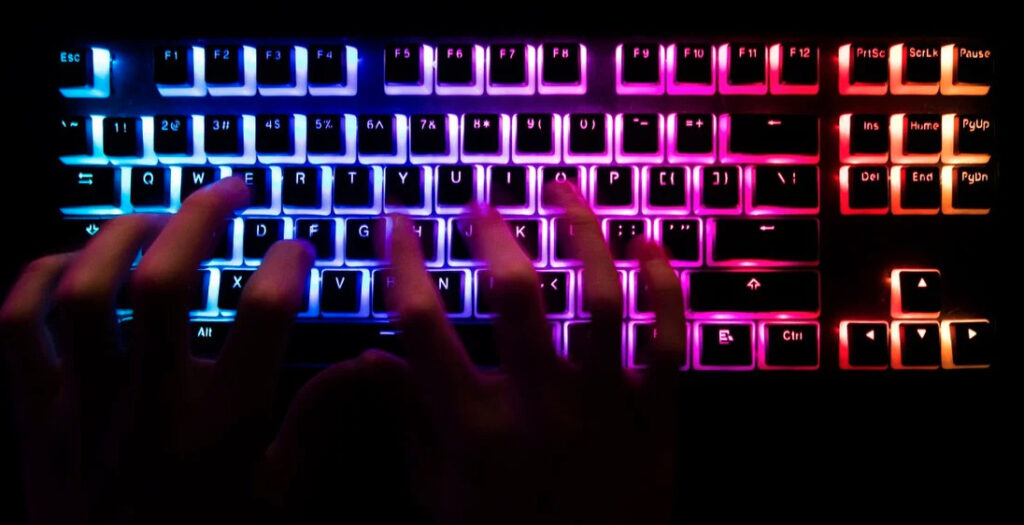 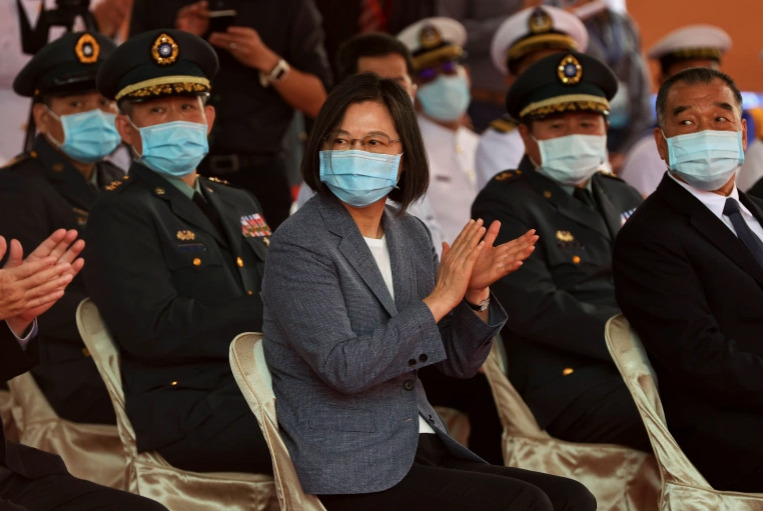