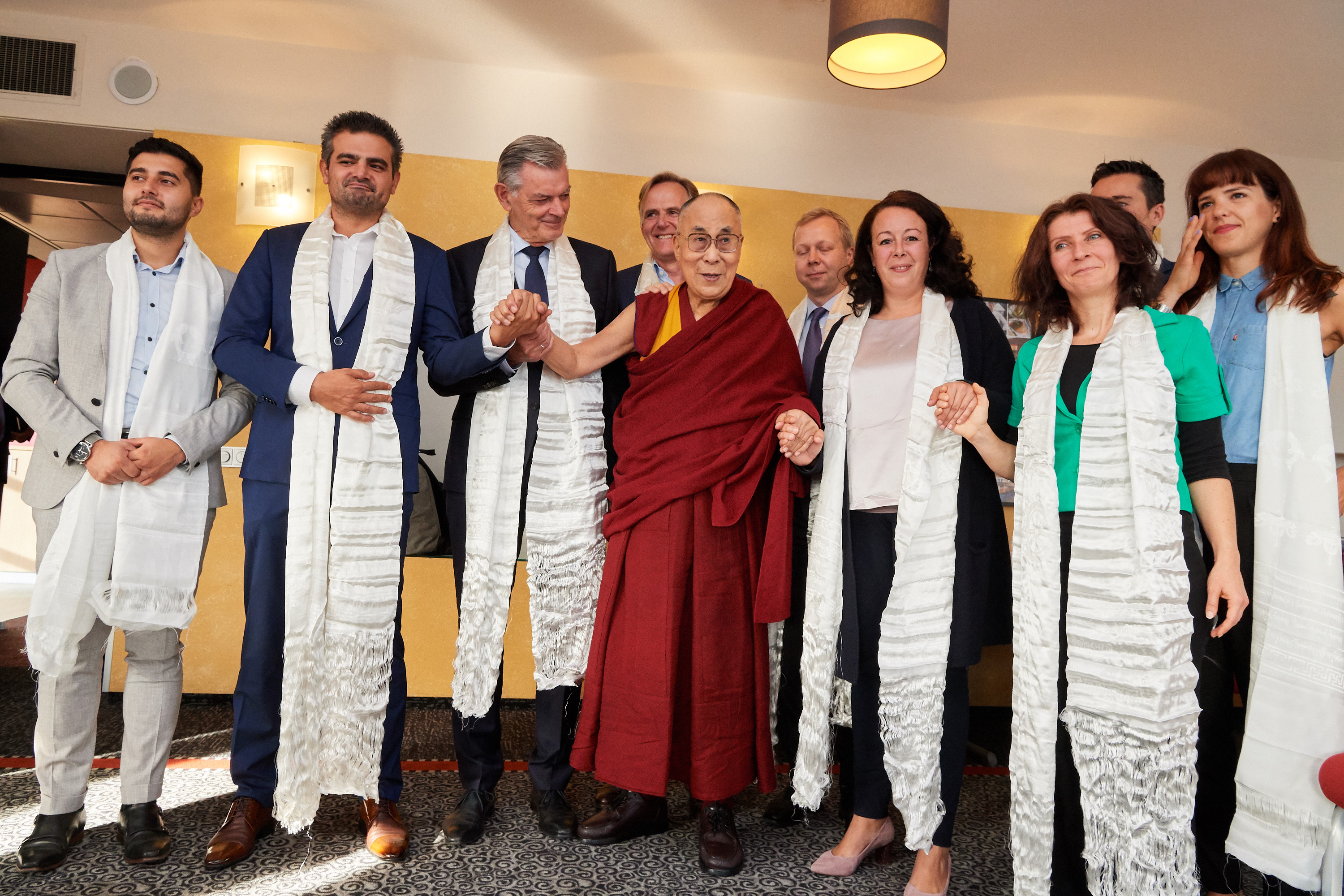 His Holiness recounted the ancient powerful kings in Asia.  He reiterated that from the 7th century to Manchu dynasty, three powerful nations were well known and they were the Chinese, the Mongol, and the Tibetan.

However, times have changed. The erstwhile arch enemies in Europe have joined in one union. His Holiness said this vision is what he admires. Under the Middle Way approach for resolution of Tibet’s problem, Tibetans are willing to join a similar union with China, which should ensure the preservation of Tibetan ecology, cultural heritage, and language.

Tibetans have tried at all levels and different ways, however, UN Resolutions on Tibet didn’t bring any tangible outcome. The realistic way is to work with China. And Tibetans have been very resilient but the fact remains that Tibet issue has proved difficult for China to suppress.

Therefore, any measure of support by outsiders, including the parliamentarians is crucial. He especially brought to their attention the critical nature of Tibetan environment. Tibet is abridged between two of the world’s largest populated nations – China and India, he said.

Tibet’s water resource is imperative for these two nations. Tibet not only acted as a barrier between the two Asian giants in the past but feeds them with water on which the areas’ agriculture subsists.

He suggested that it would be a good idea for a parliamentary delegation to visit China and Tibet in order to help protect the Tibetan ecology. Chinese environmental experts could be invited as well.

Before concluding his meeting, he urged the MPs to help educate and alleviate the poverty-stricken countries in Africa. In this he recalled the wonderful efforts being made by French President Macron.

The main schedule of the day was teachings to the public in Ahoy. Even though it was a working day over 6000 people attended the teaching of Geshe Langri Thangpa’s Eight Verses of Mind Training.

He began by giving an elaborate introduction to the teaching. He concluded by giving general thoughts about his own growth over the last 60 years in mind training. He encouraged everyone to make efforts and practice them too.

The session concluded with the organiser giving an account detail of the visit. Of the part of the surplus, 20,000 euros were granted to the Dutch Tibetan community’s effort for education and teaching of Tibetan language.

Tomorrow morning, His Holiness will leave for Frankfurt to continue with the remaining visits to Germany and Switzerland. 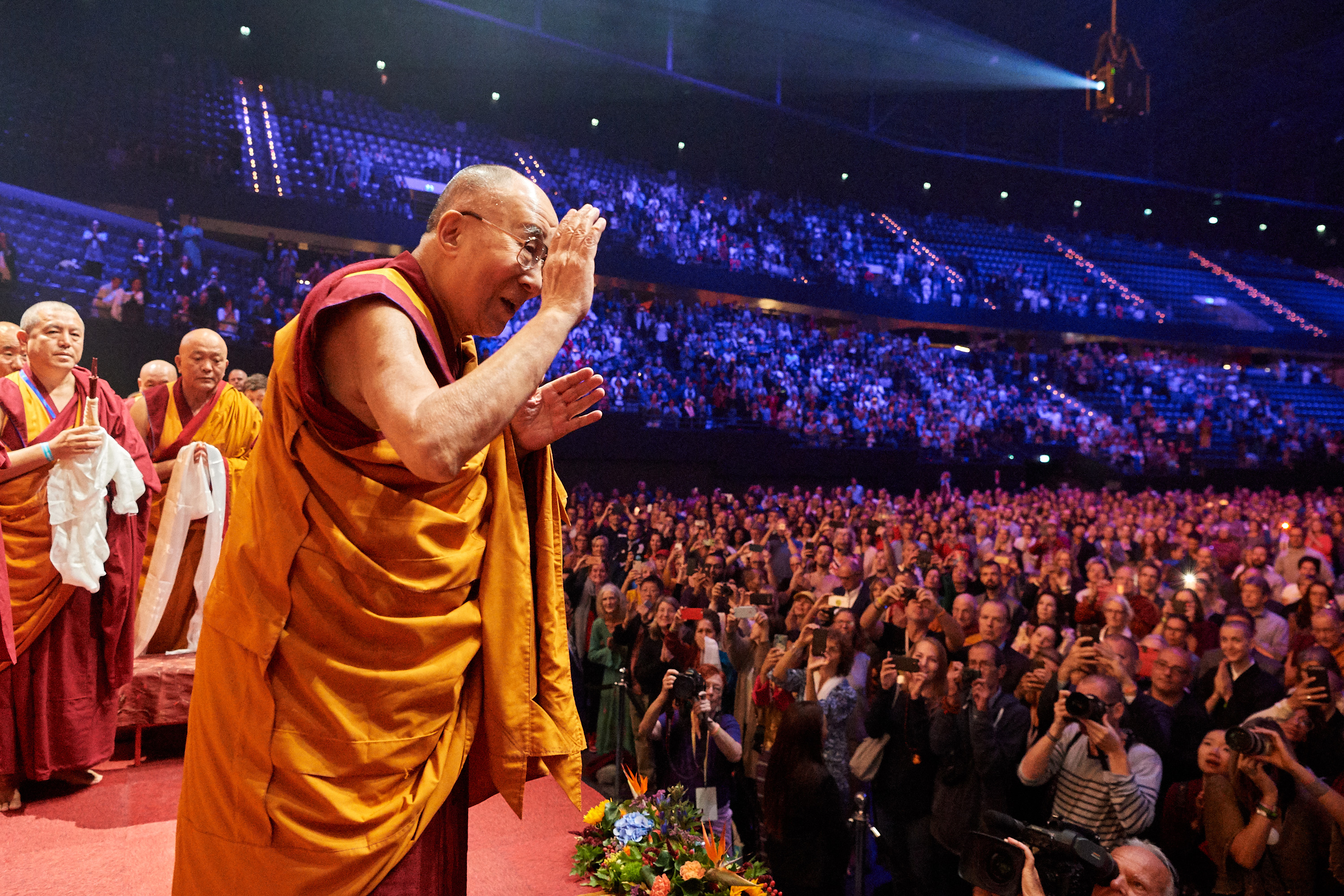 His Holiness waving to the crowd (Photo credit – Olivier Adam) 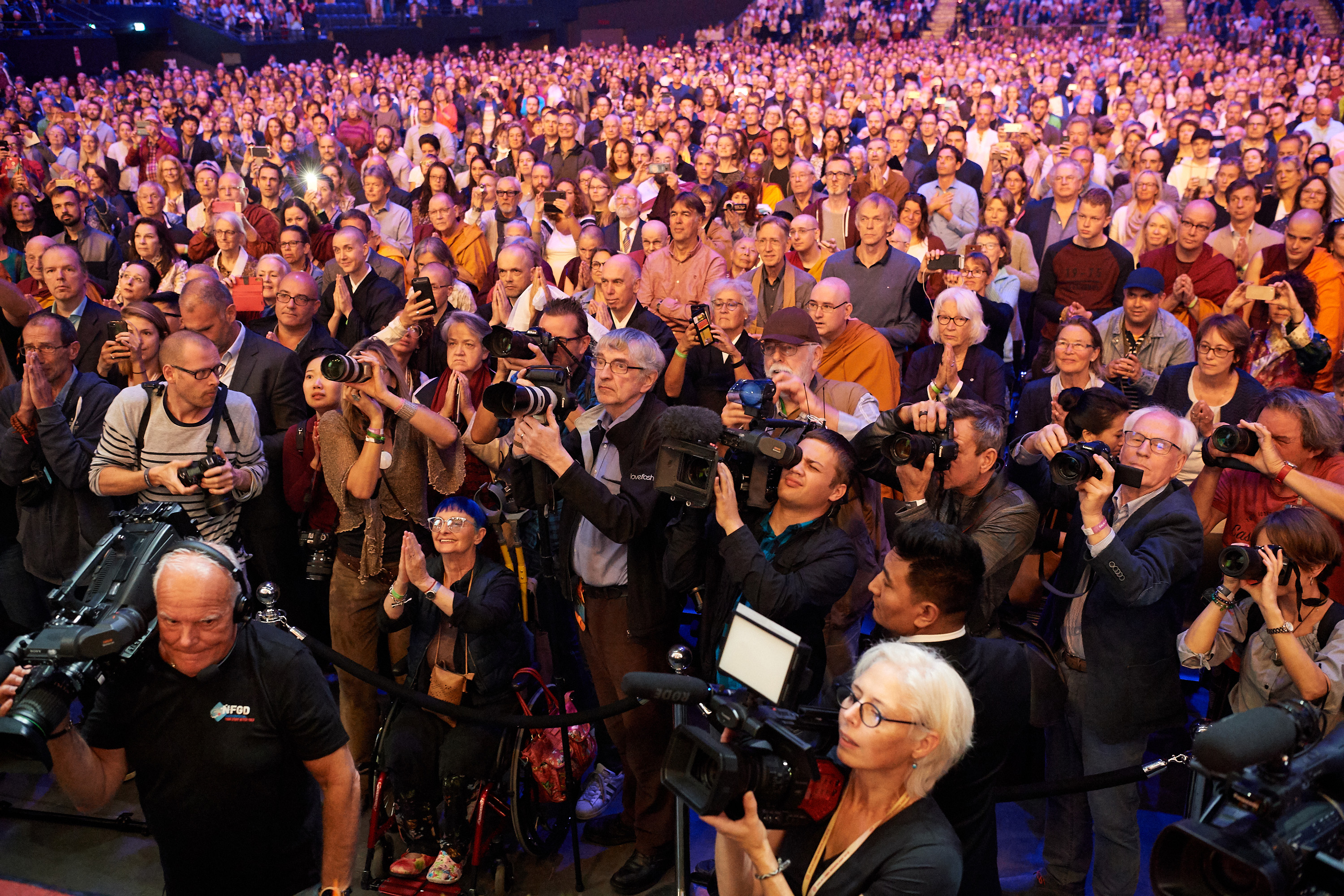 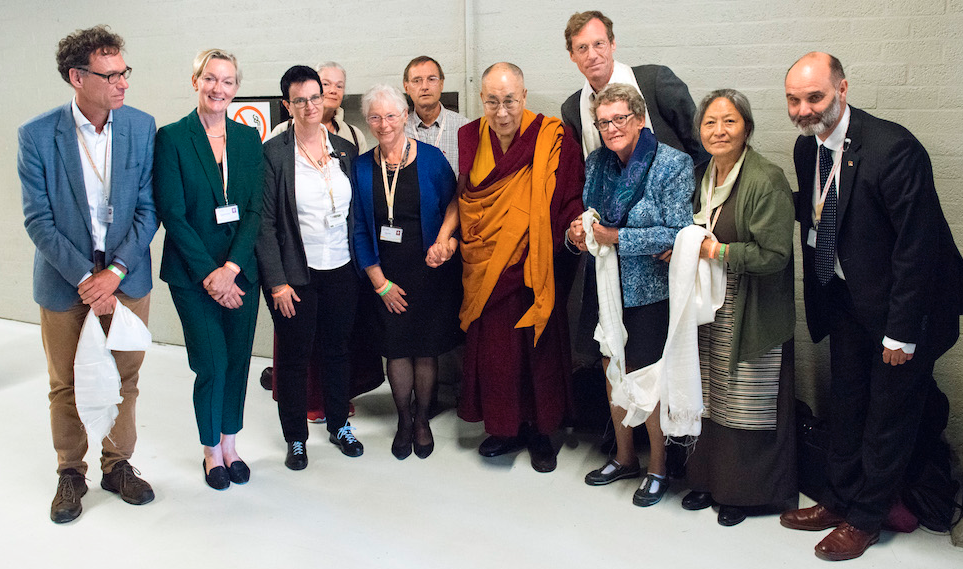