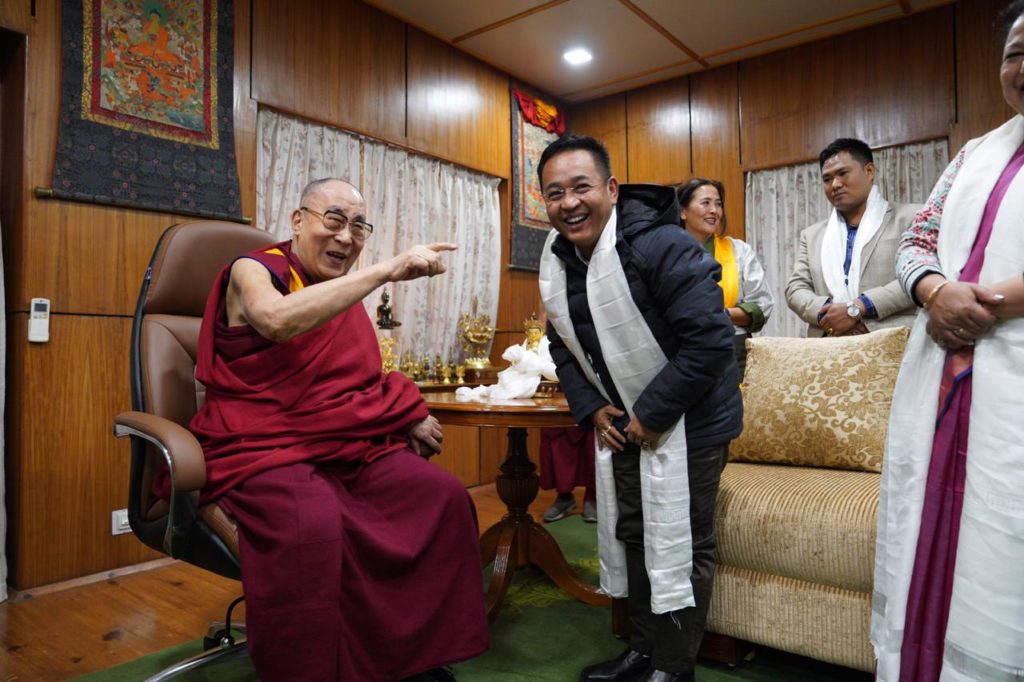 His Holiness the Dalai Lama and the Chief Minister Prem Singh Tamang share a hearty laugh during their meeting at His Holiness’ residence, Dharamshala. Photo/OHHDL

Thekchen Chöling, Dharamsala: After the Chief Minister of Sikkim, Prem Singh Tamang came to see him this morning, accompanied by his wife, son and members of his staff and cabinet, His Holiness the Dalai Lama met approximately 100 delegates to the Rising Himachal Global Investors’ Meet currently taking place in Dharamsala.

“I always consider the entire 7 billion human beings as brothers and sisters,” he told them. “Differences of colour, country or religion are secondary distinctions. Fundamentally, the way we are born and the way our mother nurtures us are the same. And when the end comes, we die the same way too. Our lives begin in the lap of our mother’s compassion, without which we could not survive.

“Scientists say human nature is basically compassionate because we are social animals. No matter how successful an individual may be, their survival depends on the community. In times past, communities were limited and local, but today the whole of humanity is one community. Consequently, I am committed to promoting the notion of the oneness of humanity and the idea that being warm-hearted makes us not only happier but healthier.

“We teach children about physical hygiene from kindergarten onwards, but we should also teach them about emotional hygiene. They need to know not only how to cultivate peace of mind, but also to recognise that it is emotions like anger and jealousy that disturb our inner peace. The ancient Indian values of ‘ahimsa’—nonviolence and ‘karuna’—compassion have a role to play in this. What’s more, the age-old practices for developing a calmly abiding mind and insight into reality, have given rise to a thorough understanding of the workings of the mind and emotions.”

His Holiness explained that the first round of the Buddha’s teachings, in Sarnath, were recorded in Pali. The second round, comprising the perfection of wisdom teachings that laid the basis for the Nalanda Tradition, given in Rajgir, were recorded in Sanskrit. The third round, given primarily in Vaishali, were also written down in Sanskrit. He pointed out that, despite close family connections with China, in the 8th century, the Tibetan King, Trisong Detsen, chose to invite a scholar from Nalanda to introduce Buddhism to Tibet from India.

He stressed that a distinctive feature of the Nalanda tradition was its use of reason and logic. Followers of this approach were encouraged not just to accept what they were told, but to ask “Why?”

“Modern education is, of course, important in terms of material development,” His Holiness remarked, “but it includes no instructions for achieving peace of mind or tackling our destructive emotions. India could combine modern education with ancient Indian insight that would make it possible to enjoy both benefits. This is why I am trying to revive appreciation of ancient Indian wisdom.” 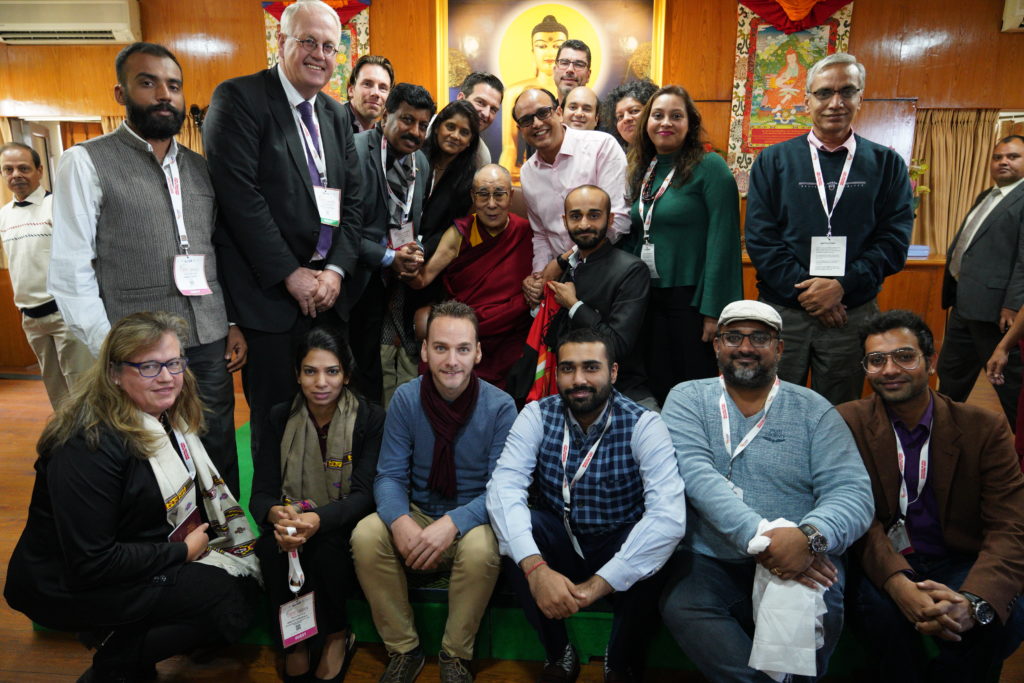 While answering questions from the audience noted that whereas positive emotions are backed by reason, destructive emotions such as anger, fear and suspicion have no such basis. Many of us think of the self, the ‘I’, as the independent owner of our body and mind. Some traditions refer to this as the ‘atman’ and assert that it is its continuity that is the basis for our living life afterlife. Buddhism, on the other hand teaches that there is no such independent self and that the self is a mere designation on the basis of body and mind. Different levels of consciousness are outlined and it is the subtlest consciousness that goes from life to life.

His Holiness reminded his listeners that the Buddha advised, “As the wise test gold by burning, cutting and rubbing it, so, bhikshus, should you accept my words — after testing them, and not merely out of respect for me.” This is a scientific approach that encourages the use of reason.

When a representative of a group of Vietnamese invited His Holiness to visit Vietnam, he acknowledged that Vietnam is a traditionally Buddhist country. He urged them to study and practise, to develop wisdom and altruism, and so become 21st century Buddhists.

“I’ve been thinking about ‘shunyata’—emptiness for about 70 years and my destructive emotions have been reduced. Reflecting on altruism has the effect of reducing self-centeredness, which gives rise to fear, anxiety and anger.”

Asked about the way some religious traditions seem to think they have a monopoly on truth, His Holiness replied that in terms of an individual’s personal practice the idea of one truth and one religion has value. However, in terms of a community and humanity at large, we have to accept there are several religions and several aspects of the truth.

“In this country,” he observed, “many religious traditions live together side by side. In Bombay, the relatively small Parsee community of Zoroastrians, originally from Persia, live amidst millions of Hindus, Muslims and Christians completely without fear. This is India.

“All the world’s religions flourish here and we can see that harmony among religions really is possible.”

To the question, how can we make tomorrow different, His Holiness suggested learning about inner values, reflecting on what you’ve learned, and making yourself thoroughly familiar with it. Through listening or reading reflection and meditation, it is possible to transform your mind. 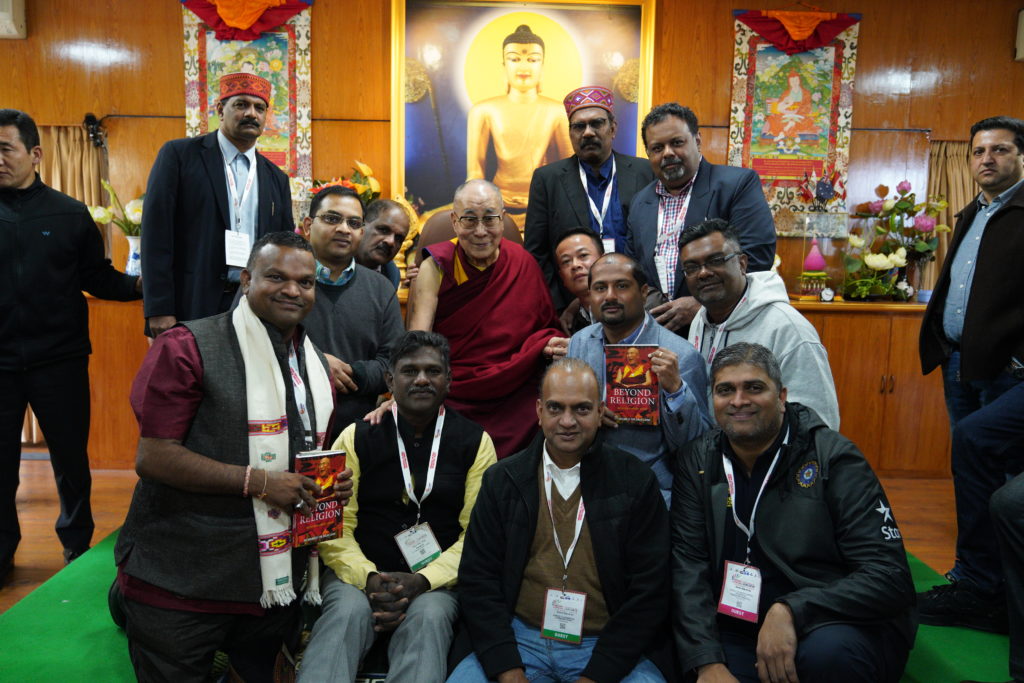 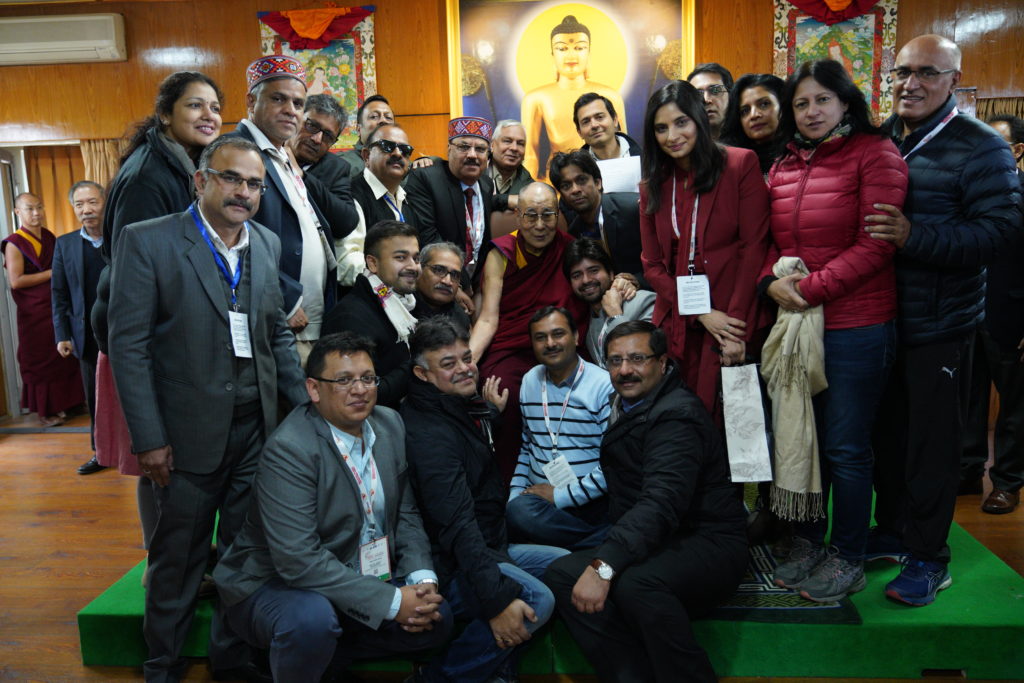