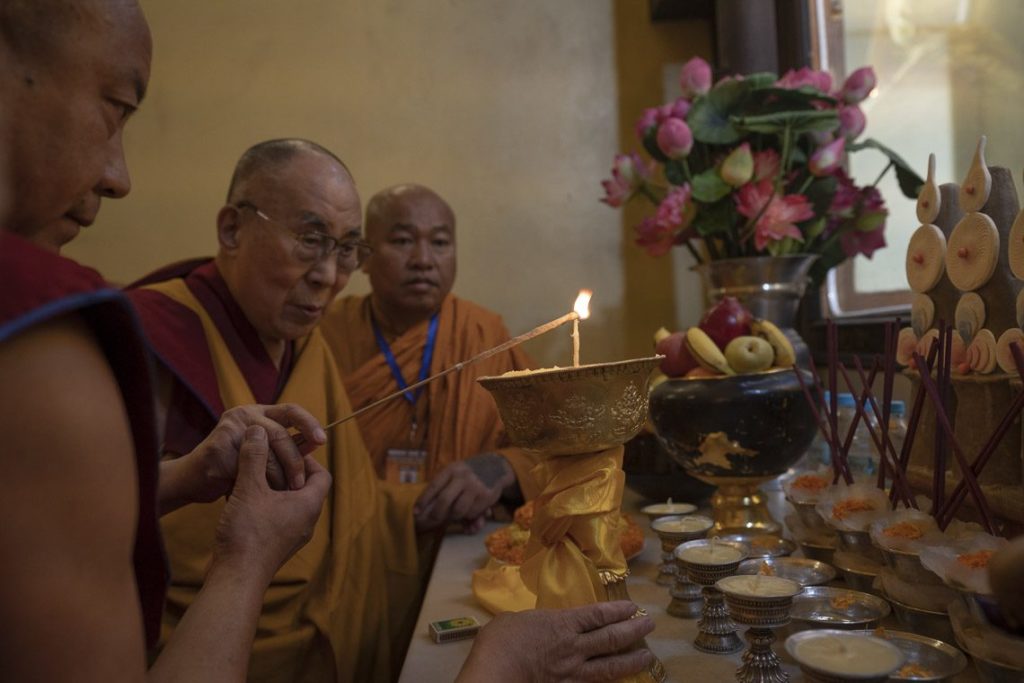 His Holiness the Dalai Lama lighting butter lamp before an image of the Buddha on his arrival at the Mahabodhi Temple in Bodhgaya, Bihar, India on 17 December 2018. Photo by Tenzin Choejor/OHHDL

Bodh Gaya: His Holiness the Dalai Lama made a pilgrimage to the World Heritage Mahabodhi Mahavihara Temple, revered as the seat of Lord Buddha’s enlightenment to offer prayers this morning. He arrived at Bodh Gaya, from Delhi on Sunday morning.

More than thousands of Tibetans, Himalayans and foreign devotees lined up the street leading to the holy site to receive blessings of the Tibetan spiritual leader.

Inside the main temple, His Holiness joined the Abbot and Löbpön of Namgyal Monastery, Thomtog Rinpoche and Ngawang Topgyal, in reciting the Praise to the Buddha known as the ‘Three Continuums’, the ‘Heart Sutra’, Tsongkhapa’s ‘Praise to the Buddha for Teaching Dependent Arising’, the ‘Drumbeat of Truth’, the ‘Praise to the 17 Masters of Nalanda’, a ‘Prayer for the Ecumenical Spread of the Buddha’s Teachings’ and dedication prayers.

Meanwhile, about 1,500 additional cops along with an army of nearly 200 magistrates have been deployed to provide unprecedented security during the teachings.

The Mahabodhi Temple Complex is one of the four holy sites related to the life of the Lord Buddha, and particularly to the attainment of Enlightenment. The first temple was built by Emperor Asoka in the 3rd century B.C., and the present temple dates from the 5th or 6th centuries. 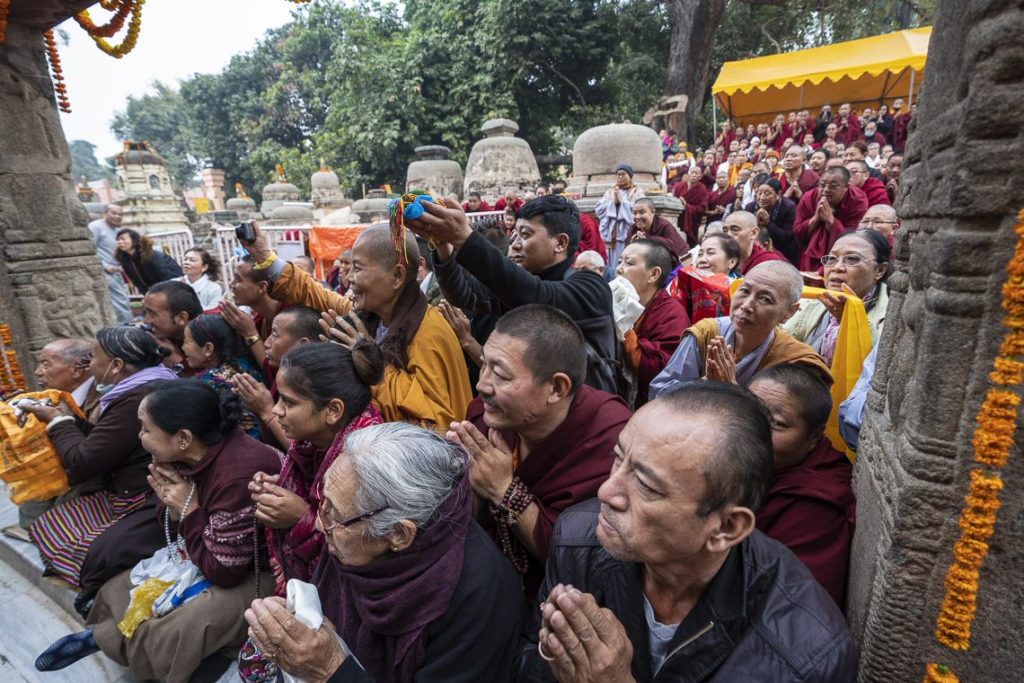 His Holiness will give 3 days of teachings on December 28, 29 and 30 mornings on Gyalsey Thokme Sangpo’s 37 Practices of a Bodhisattva (laklen sodunma) and Dharmakirti’s Pramanavartika – Commentary on Valid Cognition (tsema namdrel). The latter topic is a continuation of His earlier teaching given in December 2015 at the request of Tashi Lhunpo Monastery. On December 31 morning, a long life offering for His Holiness will be given. For teaching registration please see https://dalailamateaching.com

On February 19, 2019, His Holiness will give a short teaching. For teaching registration please see https://dalailamateaching.com 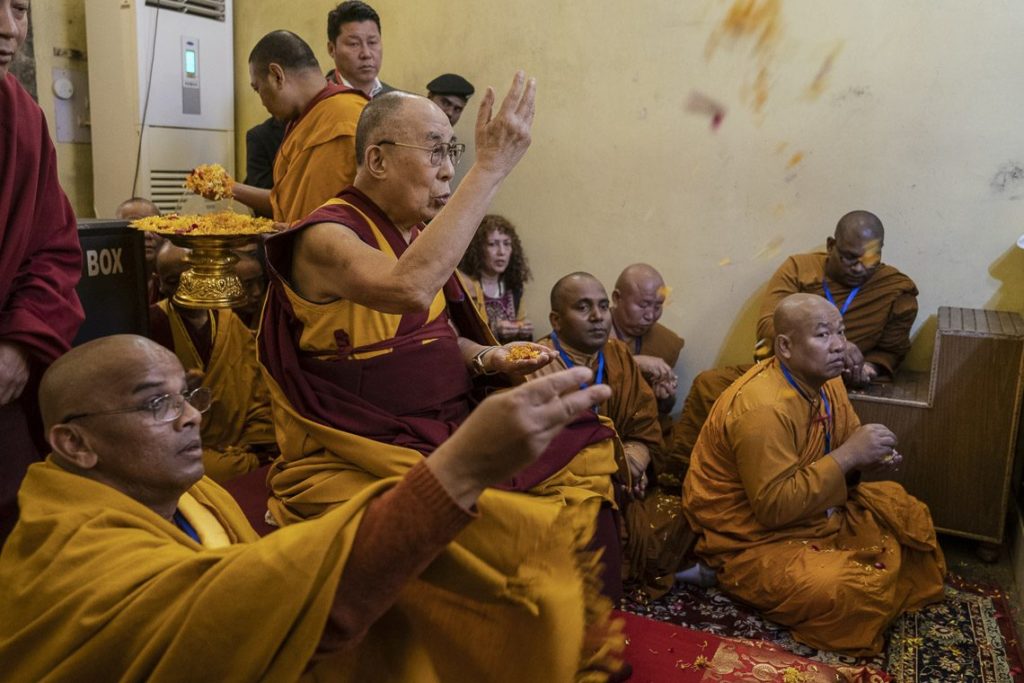 His Holiness the Dalai Lama leading recitations of prayers and praises in front of the Buddha statue inside the Mahabodhi Temple in Bodhgaya, Bihar on 17 December 2018. Photo by Tenzin Choejor/OHHDL

His Holiness the Dalai Lama making his way around the Mahabodhi Temple in Bodhgaya, Bihar on 17 December 2018. Photo/Tenzin Choejor/OHHDL