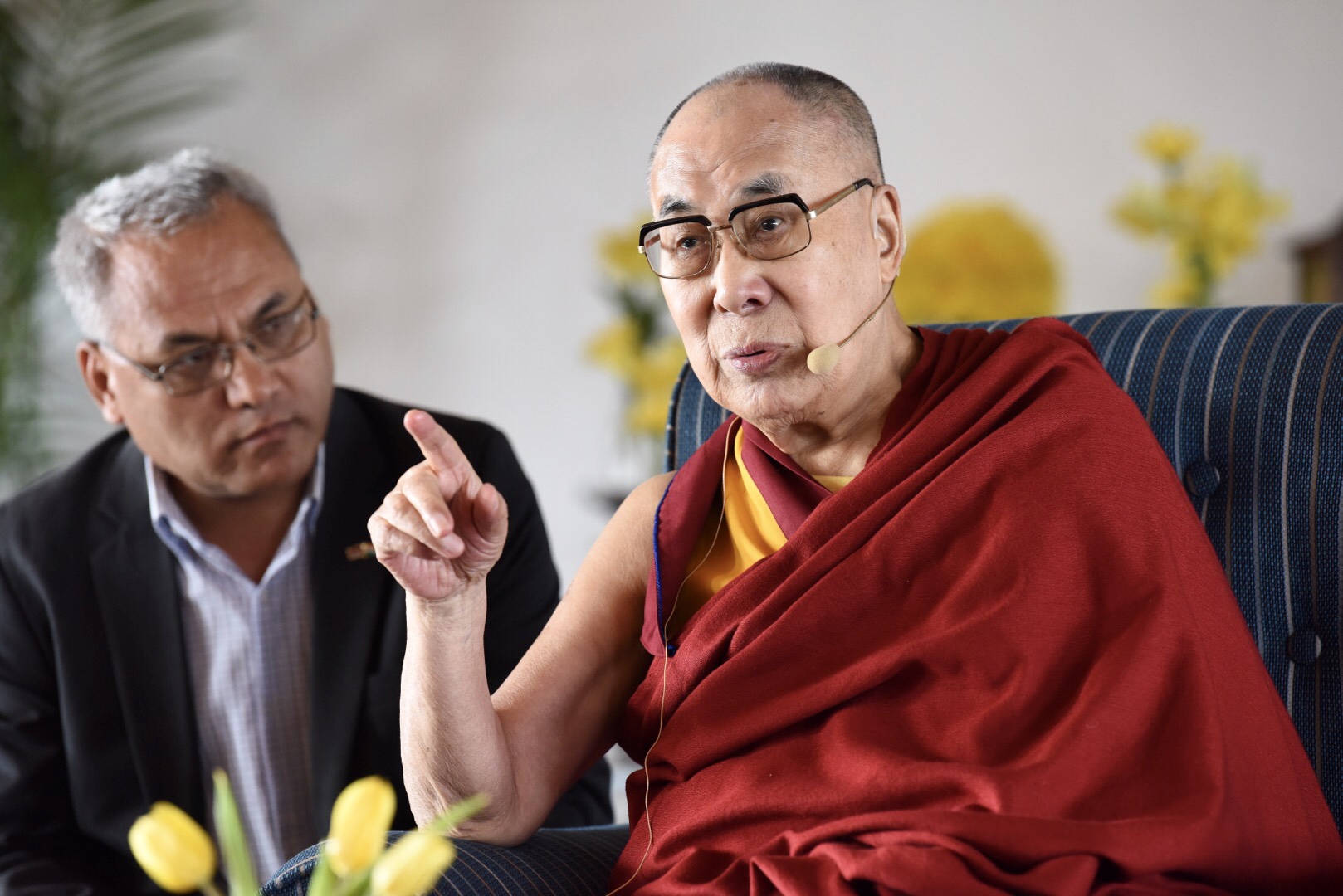 His Holiness the Dalai Lama interacts with a group of bureaucrats and business executives at Taj Mansingh Hotel in Delhi, 21 September 2019. Photo/Tenzin Phende/CTA

New Delhi: His Holiness the Dalai Lama met and interacted with a group of bureaucrats and business executives today at Taj Mansingh Hotel in Delhi.

Speaking to the gathering, His Holiness indicated the need for cultivating oneness of humanity as he emphasised that all human beings despite going through different emotions ultimately crave for a happy life devoid of suffering. Separating oneself from the community, His Holiness said, will not bring eventual happiness and success because human are social animals and so the chances of an individual’s long-run survival inevitably depend on the entire human beings.

Meanwhile, the concept of self and others, noted His Holiness, is the prime determinant of social divisions resulting from the lack of sense of community. As such, His Holiness admitted that he always considered himself part of 7 billion human beings and not someone superior and that affirmed His Holiness brings him immense joy and happiness.

His Holiness expressed his unfaltering faith in the potential of basic human nature and mentioned that humans are instinctively compassionate.

“We have been raised by our mothers with absolute love and care which is the paradigmatic example of the unconditional love and warm-heartedness humans are capable of ” asserted His Holiness.

His Holiness further mentioned that although humans are gifted with exceptional intelligence, oftentimes due to lack of compassion and warm-heartedness humans tend to gravitate towards destructive emotions thus creating complication for himself.

“Real foundation of a happy life is warm-heartedness. A mere act of smiling can generate remarkable positive changes in life,” said His Holiness the Dalai Lama. “Whereas destructive emotions such as constant anger, fear, and hatred, on the other hand, gradually deplete the immune system.”

His Holiness reiterated that it was time people should focus more on developing inner values rather than paying attention only to material development. He recommended adopting ancient Indian knowledge and combining it with modern education in order to attain optimum knowledge and strategies for combating destructive emotions.

He accentuated that India needs to make some effort in reviving its ancient knowledge particularly the rich knowledge of Nalanda as His Holiness identified its relevance in the contemporary world.

Tomorrow His Holiness will address a gathering at Sri Udasin Karhni Ashram in Mathura. 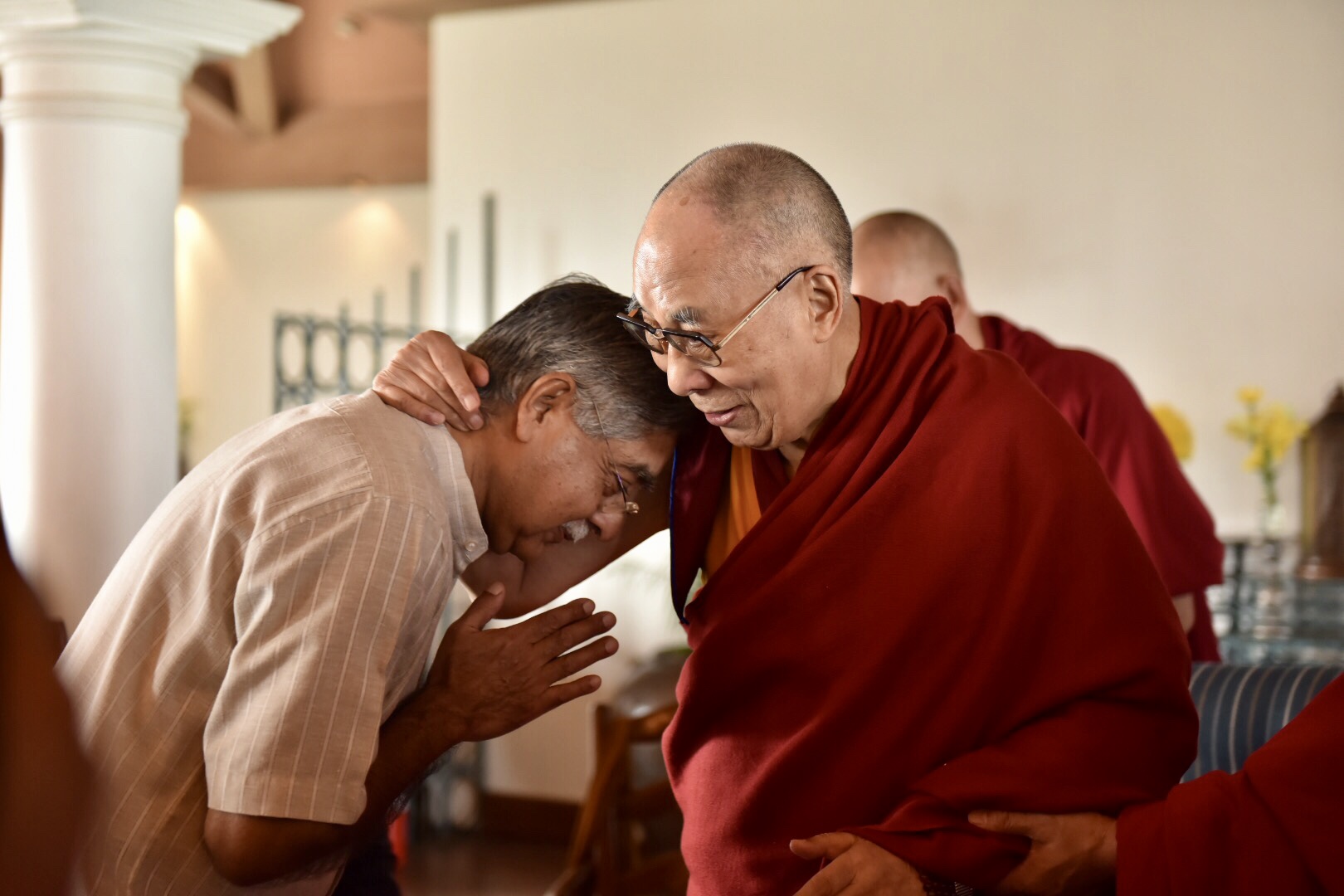 His Holiness the Dalai Lama embraces a member of the audience at his talk on warmheartedness to bureaucrats and business executives at Hotel Taj, Delhi, 21 September 2019. 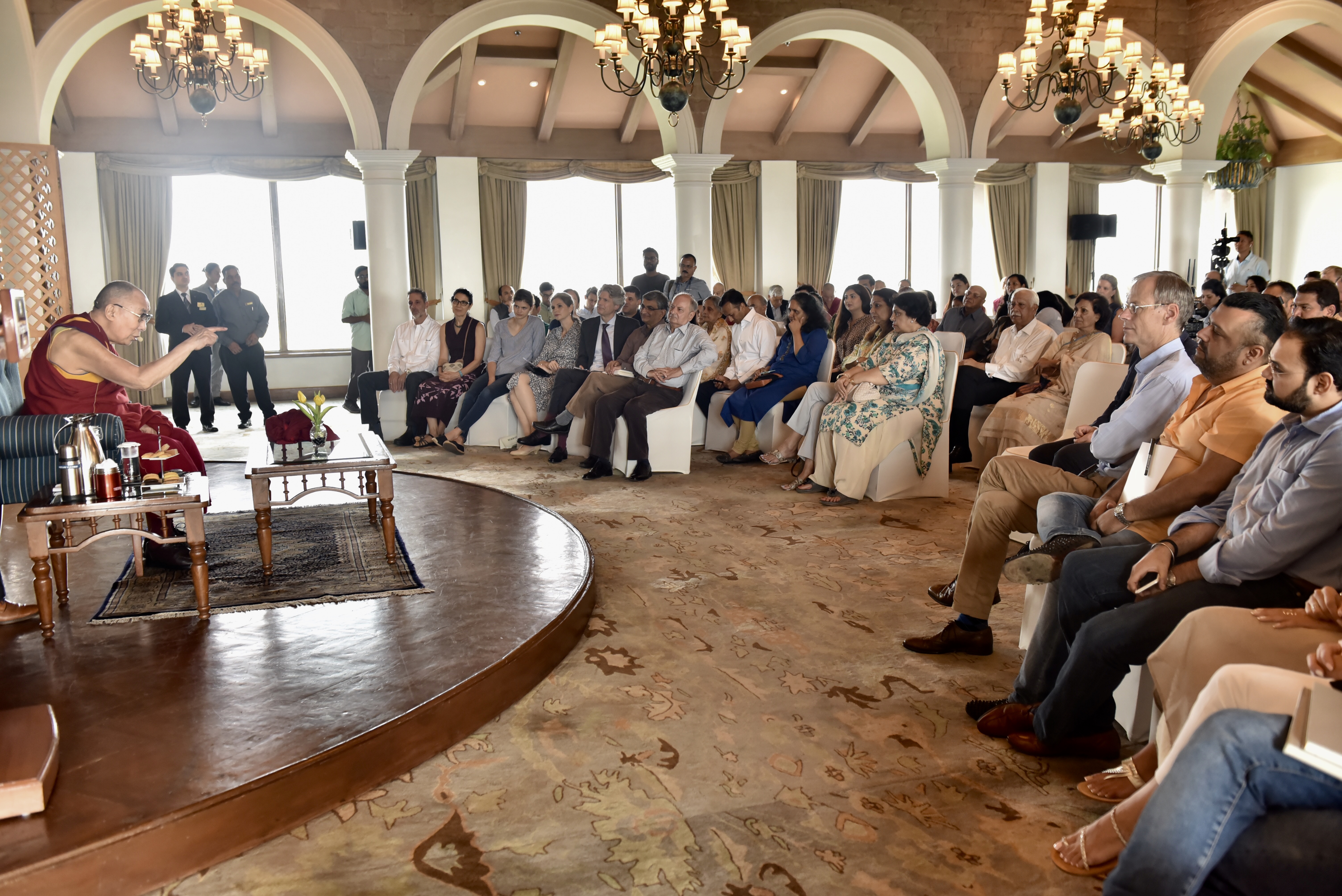 His Holiness the Dalai Lama interacts with a group of bureaucrats and business executives at Taj Mansingh Hotel in Delhi, 21 September 2019. Photo/Tenzin Phende/CTA 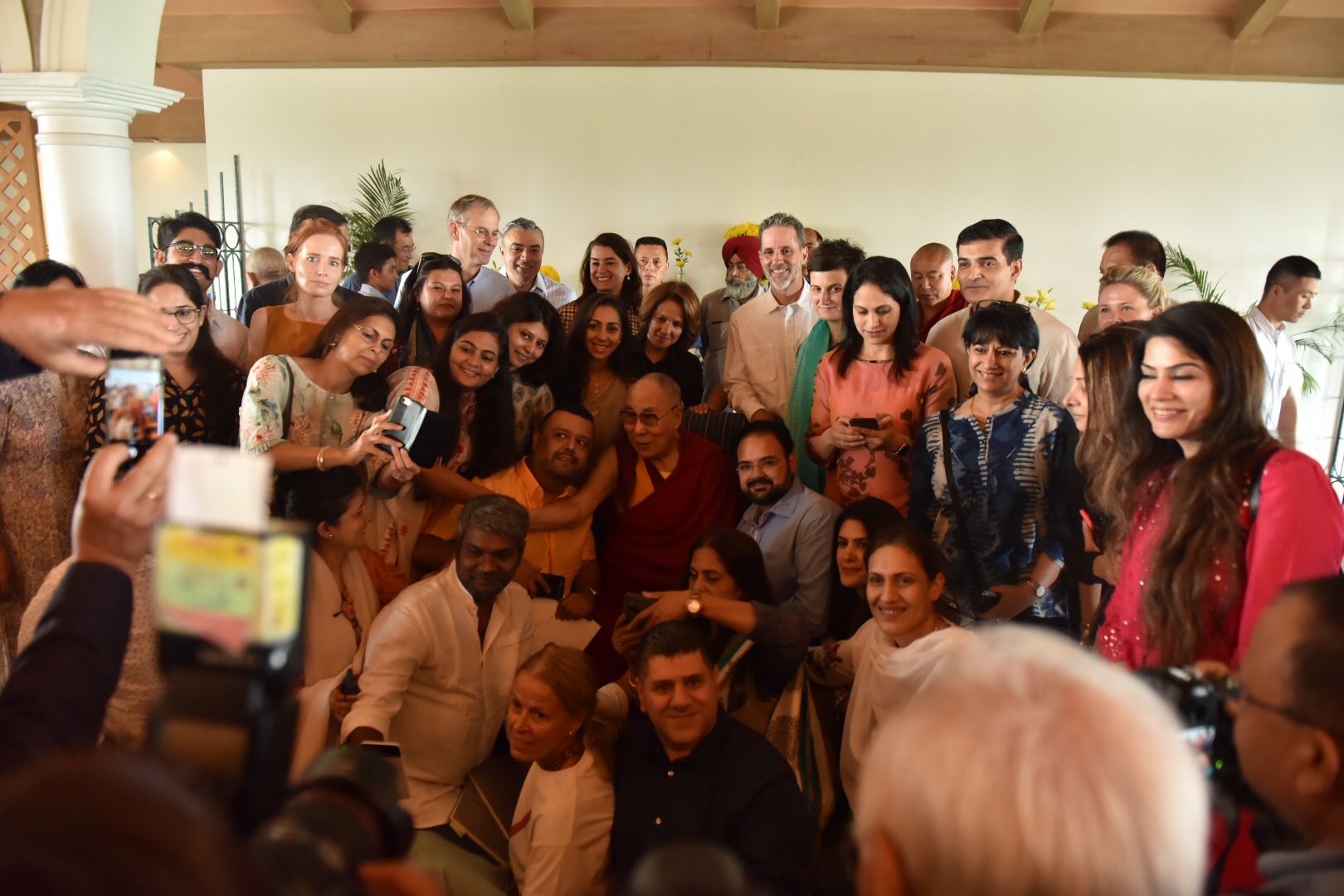 Bureaucrats and business executives during the photo-op with His Holiness the Dalai Lama at Taj Mansingh Hotel in Delhi, 21 September 2019. Photo/Tenzin Phende/CTA