His Holiness the Dalai Lama Grants Audience to 15th Kashag 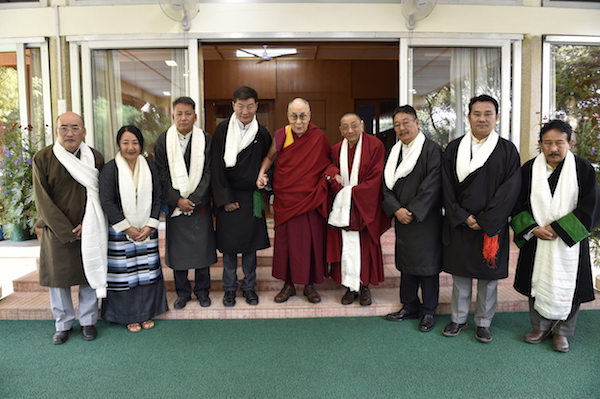 DHARAMSHALA: Upon successfully completing their second year in office, the 15th Kashag of the Central Tibetan Administration led by President Dr Lobsang Sangay paid their respects to His Holiness the Dalai Lama at his residence on Friday, 4 May 2018. The Kashag was joined by Kashag Secretary Topgyal Tsering during the audience.

His Holiness spoke about his personal journey as a leader of the Tibetan people and his vision for a democratic system of government, and said, “Since a young age, I worked with Tagdrag Rinpoche and Reting Rinpoche. At the age of 16, I assumed political leadership. I served for 60 years as both the spiritual and temporal leader of Tibet. In 2011, I completely devolved all my political authority to the directly elected Tibetan leadership to fully democratise the Tibetan polity.”

In recognizing the work and dedication of those who have served in the CTA, His Holiness stated, “I personally believe, like I said to Sikyong in the summer of 2016 at Tso Pema and again during my recent meeting with thirty three retired CTA officials, that all of us who have served the CTA represent an unbroken thread connecting all the way to King Trisong Detsen. We are continuing this history and tradition of our past government.”

His Holiness also expressed that Tibet is going through one of the most difficult periods in its history, and those who are serving for the Tibetan cause during such crucial times are connected through karma with the greatest kings of Tibet: Songtsen Gampo, Trisong Detsen and Triralpachen.

“During this tragic phase of Tibet’s history, you all should shoulder responsibilities. Don’t be discouraged but persevere and keep moving forward. Your contribution and service will be rewarded not just in this life but also in the next life,” His Holiness advised the Kashag.

His Holiness further spoke about his current focus and commitments, and said, “These days I spend a good amount of my time towards the revival of Nalanda tradition in India and promoting secular ethics in education around the world.”

Following the audience, CTA President Sangay said, “With the blessing and leadership of His Holiness, the Central Tibetan Administration has survived, and remained resilient for the last 60 years. We have the utmost respect and reverence for His Holiness the Dalai Lama for his continued guidance and leadership. Therefore, we are extremely fortunate to receive the audience and we dedicate ourselves completely to the service of the Tibetan people and Tibet.”

“May His Holiness the Great 14th Dalai Lama of Tibet live long and may all his aspirations be fulfilled,” Dr Sangay said. 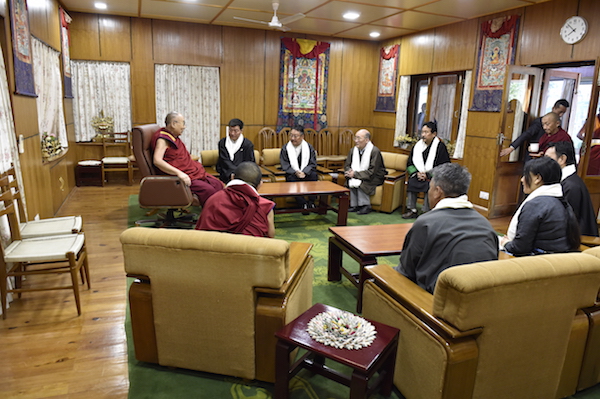 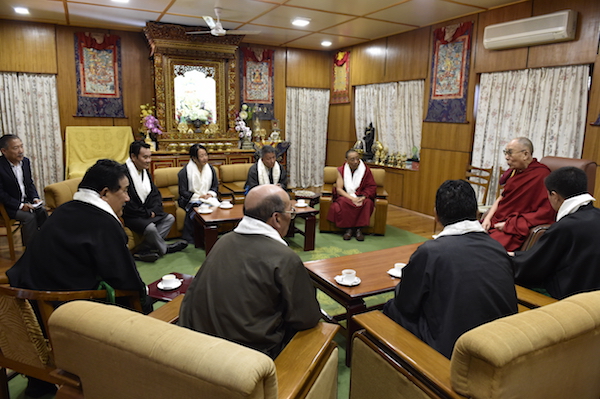 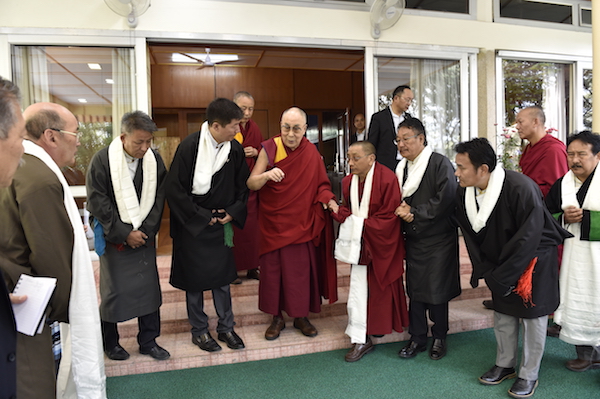