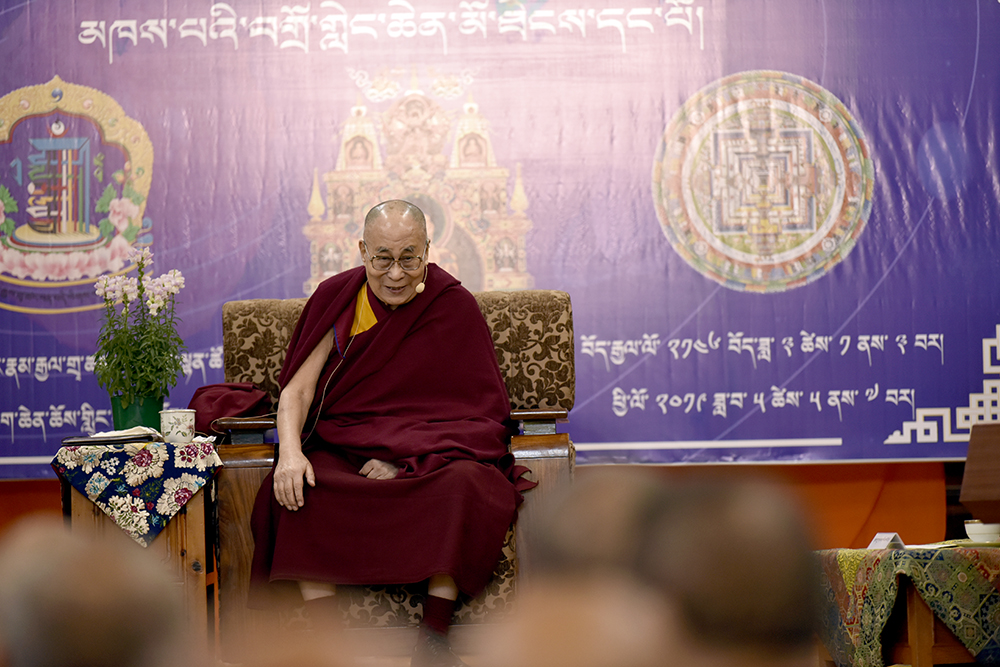 Dharamshala: Making his first public appearance after his return from Delhi a week ago, His Holiness the Dalai Lama today graced the first Non-sectarian Buddhist Conference on Kalachakra Tantra at Tsuglagkhang.

Organised by the Namgyal Monastery Educational Developmental Committee, the conference was inaugurated today to coincide with the 6th centenary of Master Je Tsongkhapa’s death anniversary.

Kalachakra belongs to the class of Highest Yoga Tantra and is believed to be given by Shakyamuni Buddha to the Dharma King of Shambhala, Suchandra. The Lineage was later passed to India and then to Tibet where it has been preserved until the present day.

Particularly, the lineage of Kalachakra initiation is preserved only in the Tibetan Buddhist tradition and is bestowed by highly realised Tibetan Buddhist masters including the Dalai Lamas. His Holiness the 7th Dalai Lama Kalsang Gyatso composed an extensive Sadhana and instigated the Kalachakra practice in Namgyal Monastery.

The ceremonial commencement was marked with an offering of Mandala, chanting of verses in praise of the Buddha, the Three Principal Aspects of the Path and the Praise to the 17 Masters of Nalanda and keynote address by His Holiness.

“I regularly say how important it is for us to be 21st century Buddhists. In the past in Tibet, people of all three provinces were Buddhist. Even the Bönpos studied Buddhist texts. Buddhism spread right across the land and people placed great faith in rituals and prayers. But what are the true characteristics of the Buddha’s teachings?”

His Holiness the Dalai Lama expounded on the 2500-year-old Buddhist study of the inner sciences conducted however in the framework of religion and its unmatched compatibility with the cutting-edge modern science and focus on the transformation of mind.

Narrating examples of the Indian practice of concentration and insight or analysis (shamatha and vipashyana), His Holiness explained how the Buddhist practice was based on reason, experience and critical analysis. And that it did not presuppose any blind acceptance of authority.

“All religious traditions teach about love and compassion from different point of view, but the Buddha taught us to use reason and to think about dependent arising. This is how to uproot the causes of suffering. He taught that the more you exercise reason, the more you’ll understand and the deeper your conviction will be. This is what Nagarjuna did and consequently what he wrote attracts the admiration of scientists today.”

According to the Nalanda Tradition, even the words of the Buddha are subject to analysis, His Holiness noted.

“The Buddha himself counselled, ‘As the wise test gold by burning, cutting and rubbing it, so, Bhikshus, should you accept my words—only after testing them and not merely out of respect.'” 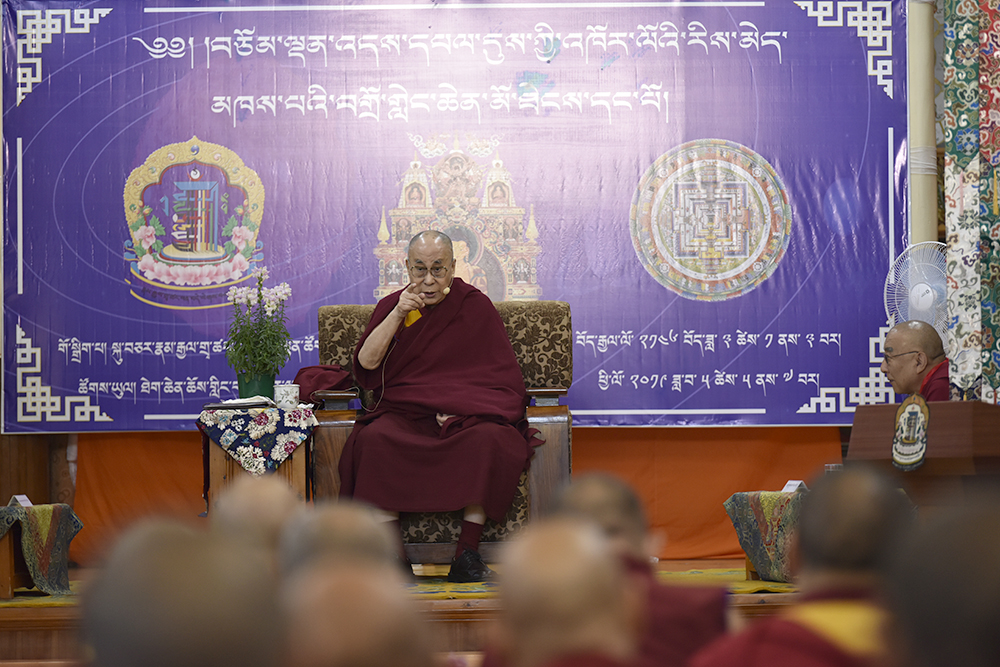 His Holiness recalled that Master Je Tsongkhapa also encouraged it, saying that if the Lama teaches something that is at variance with the classical texts, one should challenge it.

“When I give someone a statue of the Buddha I describe him [Buddha] as a thinker and scientist of ancient India, someone whose teaching can be understood through reason, investigation and experiment—and by setting it against our own experience.”

“Here in exile, I encouraged nuns to study and to seek the highest qualification, which prompted some surprise among older monks in the monasteries in the South. However, I reminded them that the Buddha offered full ordination equally to monks and nuns, so why should they not also study to the same level? Consequently, we now have Geshé-mas and even lay people are showing an interest in study.

Discussing the Kalachakra tantra, His Holiness wondered if “Shambhala” the place believed to be the origin of the lineage existed and where?

“As far as the Kalachakra is concerned, one question that has to be asked is where is Shambhala? It seems it may not be in this world, but we have to read the texts carefully.”

He warned against blind faith and said Buddhist teachings will survive for centuries to serve humanity only if we can explain it in terms of the ground reality.

“Whereas some people claim that building temples and monasteries amount to building the Dharma, Vasubandhu was straightforward in stating that the survival of the Buddha’s teaching depends on study and practice.”

“It is one thing to study the scriptural teaching, but it has to be augmented by realization within yourself. That’s the only way to ensure the teaching will survive—keep up what you’re doing and explain this to others.”

Further on Kalachakra, His Holiness said he monks of Jonang Monastery and the followers of Butön Rinpoché were the main upholders of the tradition. With regard to the Six Branch Practice of Kalachakra, the Jonangpas still maintain the practices for day and night and gain the signs in relation to them.

Over the course of the conference, representatives of various Buddhist traditions including Nyingma, Sakya and Geluk, the Bokar Kagyus, Jonangpas, a Geshe from Zhalu Monastery and representative of the Astro Department of the MenTseeKhang will make presentations. 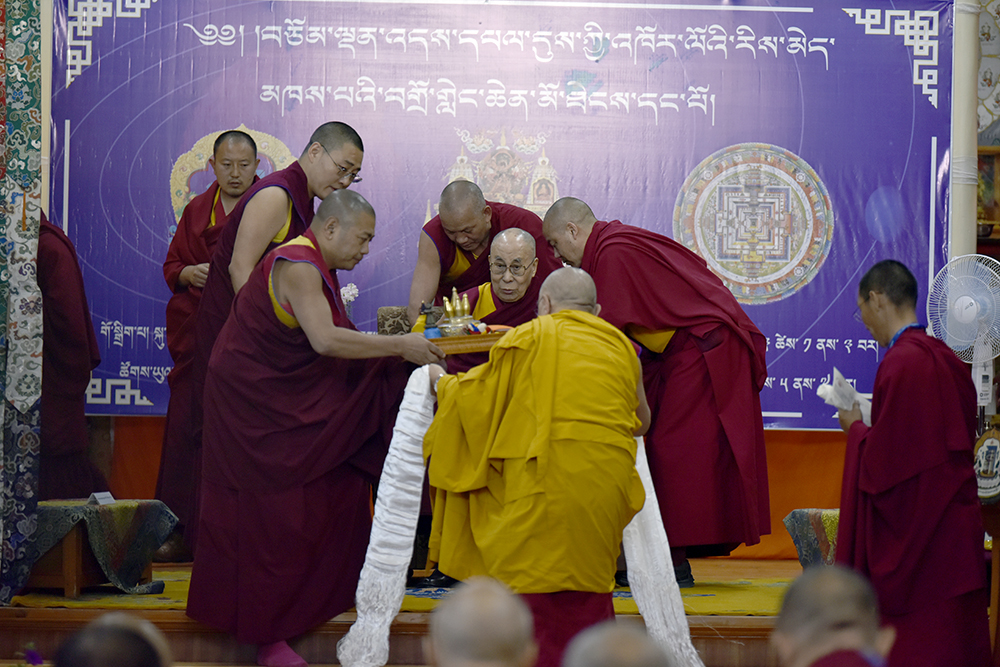 Mandala offering being offered to His Holiness the Dalai Lama on behalf of the organising committee of the Conference, 5 May 2019. Photo/Tenzin Jigme/CTA 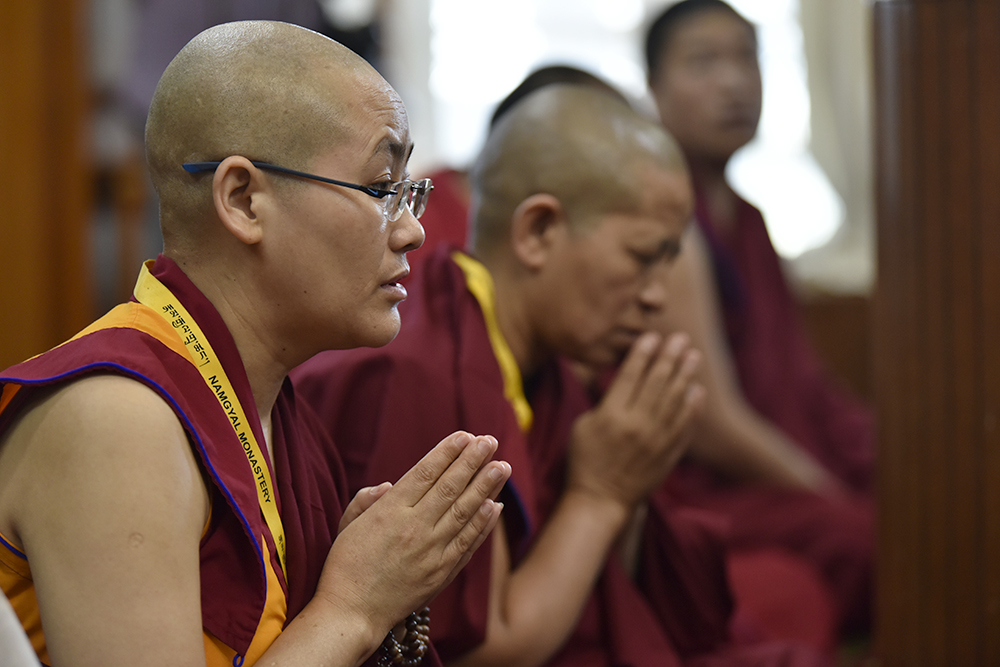 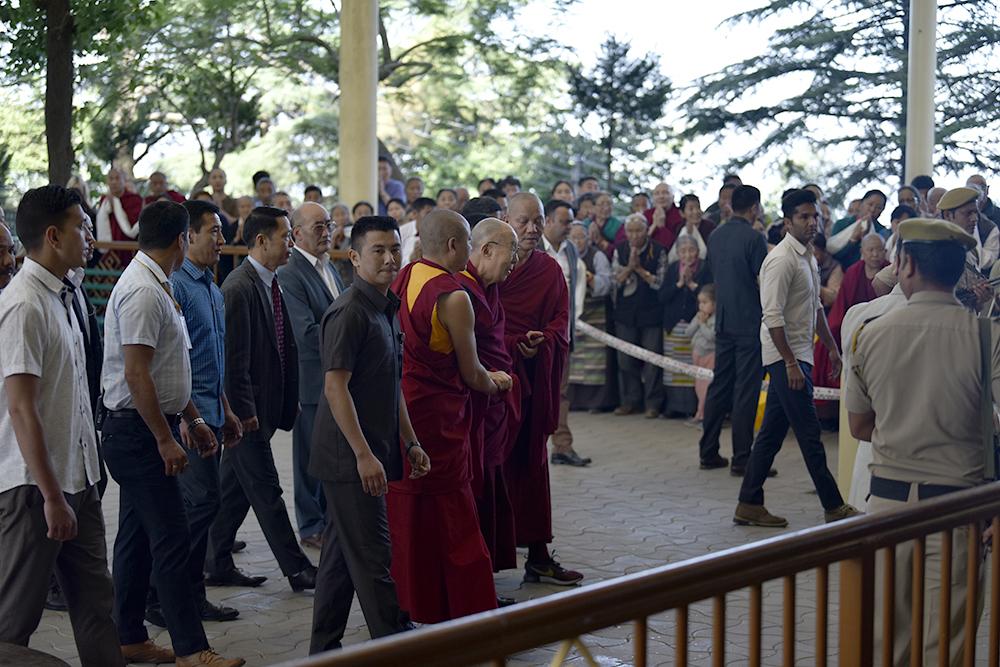 His Holiness the Dalai Lama greeted by devotees as he arrives at the venue of the Conference. Photo/Tenzin Jigme/CTA