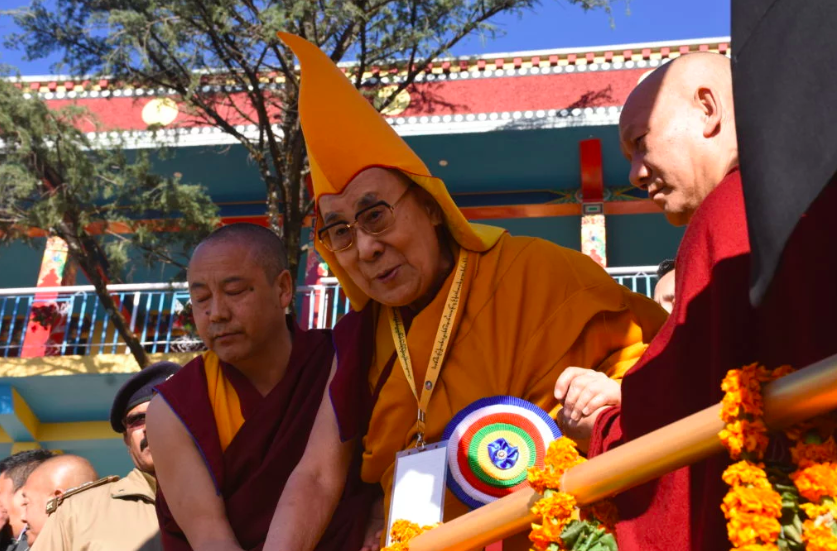 His Holiness the Dalai Lama being escorted to the venue. Photo: Kunsang

Dharamshala: “Faith alone is not enough to embrace spirituality, one must examine the faith through logic and reasoning,” said His Holiness the Dalai Lama. His Holiness was speaking at the silver jubilee anniversary of the Kirti monastery.

His Holiness reiterated that investigating certain beliefs and ideologies promoted by religion is the utmost necessity as opposed to mere acceptance out of devotion. 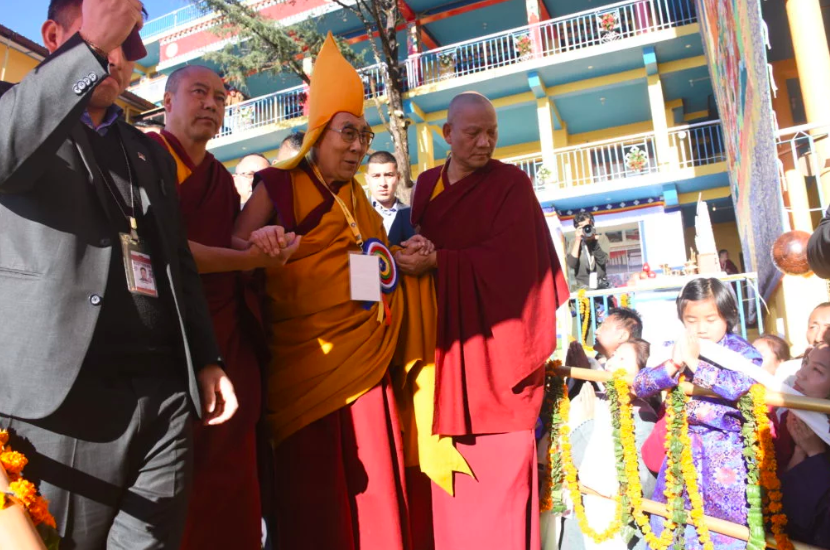 His Holiness the Dalai Lama greeting the public on his way. Photo: Kunsang

The Tibetan spiritual leader noted that in a world where the majority of religious affiliation is based on faith and prayers, Buddhism, however, stands unique among them in ways that it employ reasoning and logic in their knowledge.

“The Tibetan Buddhist canon of Kagyur and Tengyur which contains the commentaries and treatises on Buddha’s teaching can also be explained as knowledge of science, philosophy, and psychology,” said His Holiness.

His Holiness admitted that such use of knowledge can be adapted to the academic curriculum not as a study of religion but purely as an academic subject.

His Holiness remarked that only Nalanda tradition inspired Buddhism is compatible with science and is competent to work together with modern scientific knowledge.

“Great was Shantarakshita who introduced the Nalanda tradition in Tibet which the Tibetans have well preserved till now. Even though Buddhism is a major religion in South East Asian countries, the association of logic and reason contains only in Tibetan Buddhism” His Holiness noted.

His Holiness expressed his keen interest in holding dialogues with scientists of various fields to investigate and test the compatibility of Buddhism with science. He remarked that during his past 40 years of dialoguing with scientists, he found that the approach of using logic and reason in a religious tradition is prevalent only in Tibetan Buddhism. 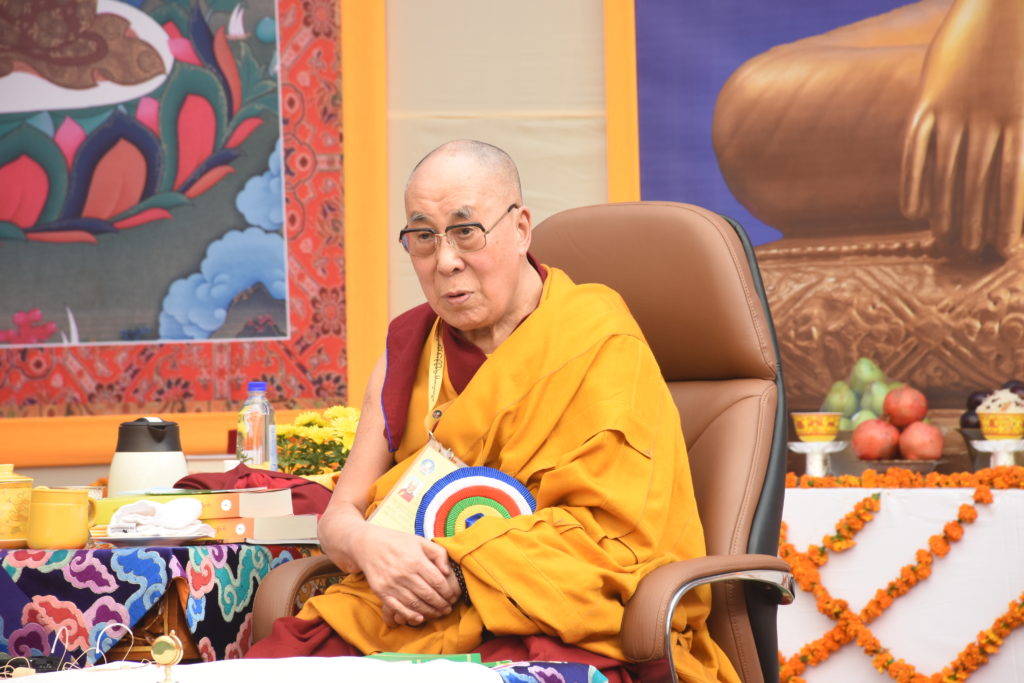 His Holiness the Dalai Lama addressing the gathering. Photo: Kunsang.

His Holiness asserted that Tibetans should adhere to become the 21st century Buddhist that relies not only on faith and textual recitation but actually investigates the teaching to test its viability.

“Being the custodian of Nalanda tradition that we have so well kept it alive, there is no doubt that we should not take pride in asserting that the Tibetan language is the most accurate language which can express and explain the knowledge of Nalanda tradition” His Holiness remarked.

His Holiness concluded by extolling Kirti Rinpoche for his tireless effort in cementing Tibetan Buddhism in Tibet from complete ruins.

Kirti Rinpoche in his address explained that the objective and goal of organising this symposium on monastic education is to simply guide the young monastics to achieve their maximum potential to serve others.

Rinpoche then touched on the subject of reincarnation of His Holiness whereby he asserted the importance of protecting and defending the lineages of Dalai Lama rather than simply wishing for the continuation of the lineages.

“We must take the task in hand to build a reliable and secure institution that is capable of supporting the endeavors of His Holiness the Dalai Lama” concluded Kirti Rinpoche.

Next addressing the gathering was democratically elected leader of Tibetans in exile, Sikyong Dr. Lobsang Sangay. He spoke on the over-arching benefits of Tibetan Buddhism- a knowledge he said caters to the need for science, philosophy, and religion.

“Buddhism as the science of mind is something that has a great potential to benefit many irrespective of their personal beliefs,” said Sikyong.

Remarking on the succession of self-immolations inside Tibet, Sikyong noted that the majority were from Ngaba where lies the seat of the Kirti monastery. This, he said shows the ardent love and devotion of Tibetans in Ngaba towards Tibetan religion, culture, and language that are wantonly being destroyed by Communist China.

Sikyong expressed his reverence and applauded Kirti Rinpoche for the way he has executed under the guidance and leadership of His Holiness the Dalai Lama.

To honor the 25th celebration of the Kirti monastery, graduation certificates to the monks were distributed by Chorig Kalon Ven Karma Gelek Yuthok.

Kirti Gompa (monastery) was founded in 1472 by Rongpa Chenakpa, a disciple of Tsongkhapa.

The first Kirti monastery founded by Kirti Rinpoche was in Gyelrang. These days the two main Kirti Monasteries are in Taktsang Lhamo and Ngawa prefecture, in Sichuan, China. Until the invasion of Tibet by China, the area was part of the historical Tibetan region of Kham. Taktsang Lhamo was destroyed during the cultural revolution and has now been rebuilt.

The Twelfth Kirti Tsenzhab Rinpoche, the 55th lama to head the monastery, now lives in exile and founded a Kirti Monastery in Dharamshala in India in April 1990 to house Tibetan exile monks from Tibet. 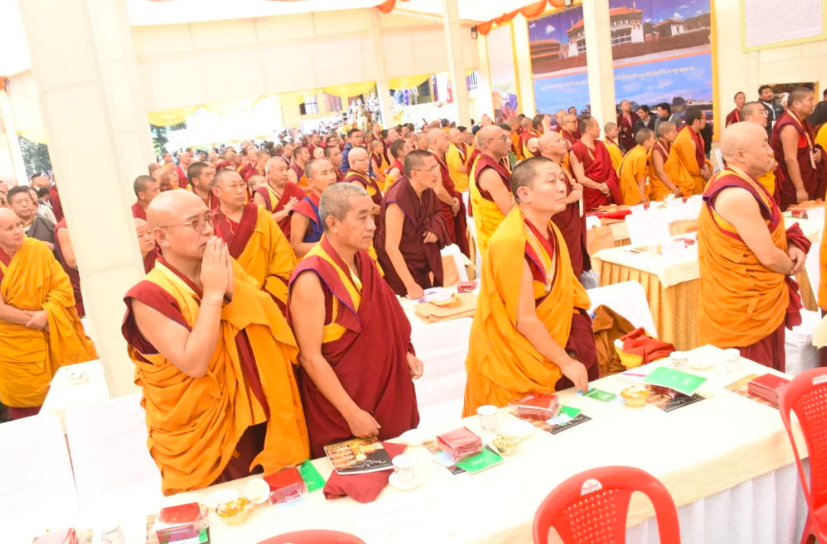 Monks and nuns from over 102 monastic institutions attending the 25th anniversary of the Kirti monastery. Photo: Kunsang 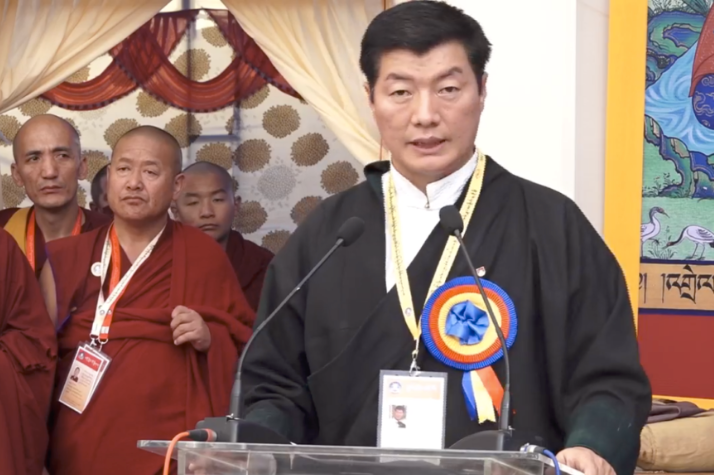 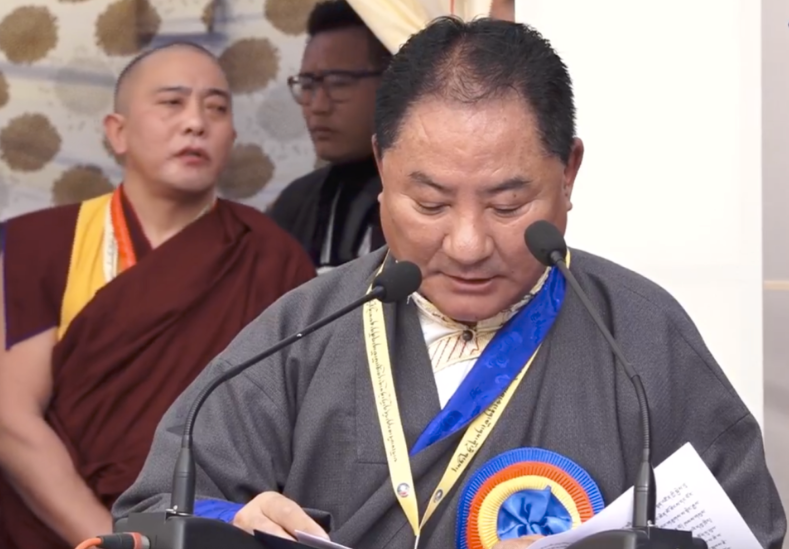