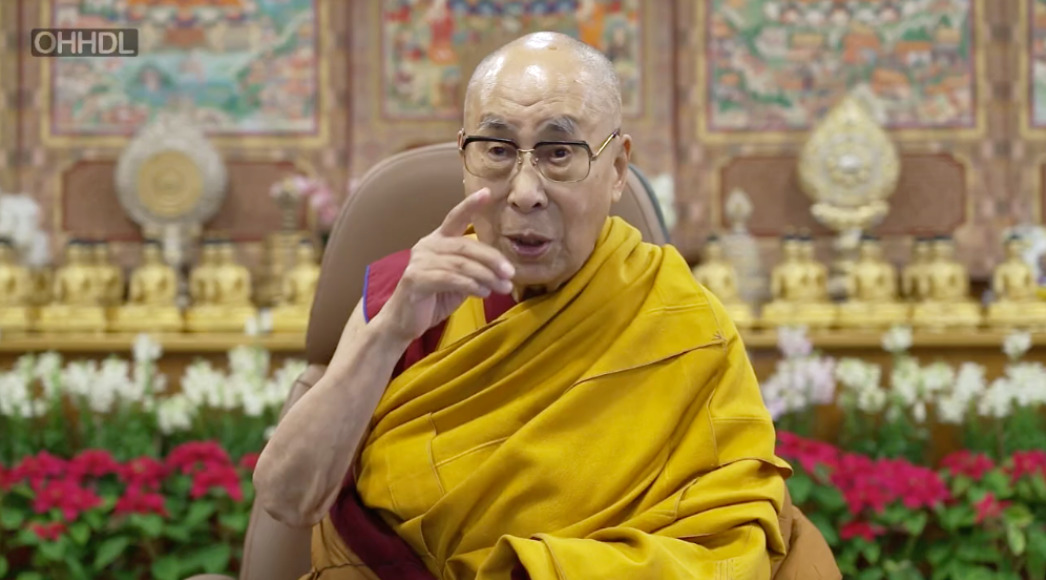 His Holiness the Dalai Lama at the online discussion.

Dharamshala: His Holiness the Dalai Lama, on January 6, presided over an online debate organised by the Geluk International Foundation on the five volumes of Buddha’s teachings and the secret mantra of Vajrayana.

Following the prayer recitation by participants, His Holiness the Dalai Lama commended the online debate saying the study of Madhyamika and Pramana together is essential for all schools of Tibetan Buddhism, which was initially taught by Shantarakshita (Khenchen Bodhisattva). Hence, the good tradition of studying the two teachings combined, continued by the three great monasteries of the Gelukpa school and Tashi Lhunpo monastery after taking asylum in India is commendable, His Holiness remarked, however His Holiness noted the minor defaults that has arisen due to unprecedented assimilation of science and psychology in the monastic syllabus. Thus, such institutions where one can acquire the above-mentioned teachings are vital, His Holiness said, underscoring the significance of practising these teachings in one’s life.

The Secretary of the Geluk International Foundation and the former the abbot of Gaden Shartse, supervised the debate, followed by an article-explanation on principles of disputation by Ven Choesang Tulku from Sera Mey Monastery. After that, the writing on the upper part of Paramita by Ven Jampa Phelgey, lecturer at Gaden Shartse, was discussed.

Before concluding the first day of the online debate, Loseling lecturer Ven Ngawang Kelsang talked about his article on Abhidharmakosha, the programme chaired by the abbot of Namgyal Monastery, who was then followed by Gyudmed Monastery tutor Ven Sonam Lodoe explaining his dissertation on the secret mantra Vajrayana. 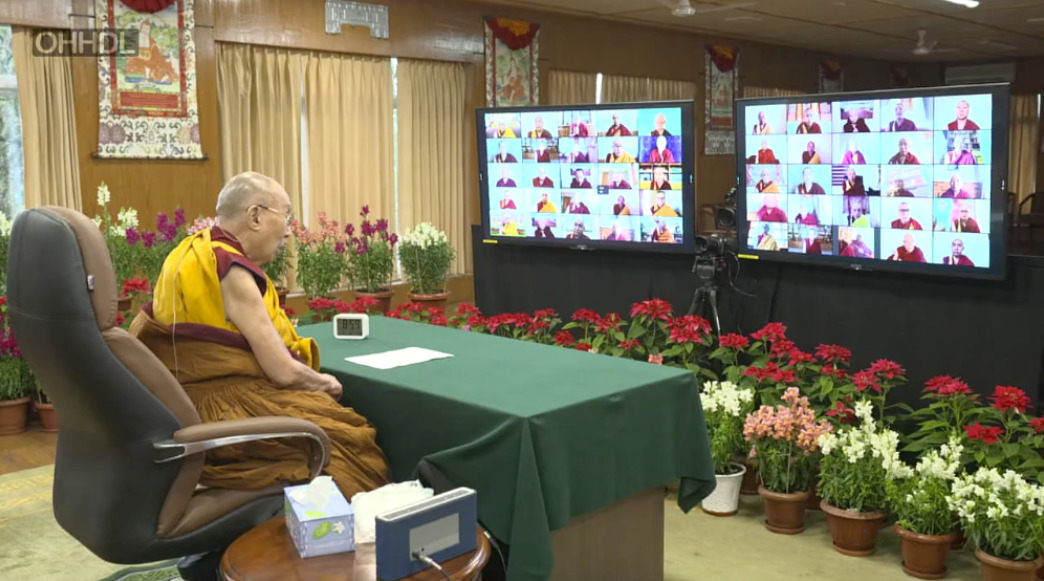 His Holiness the Dalai Lama at the online discussion.