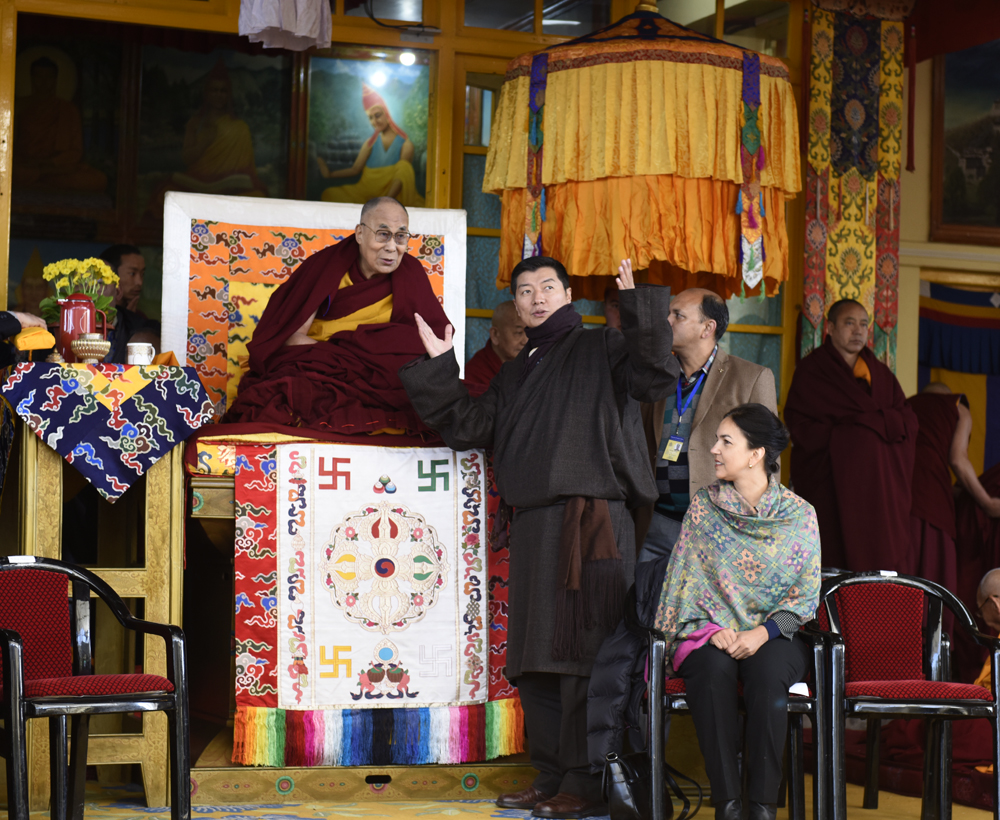 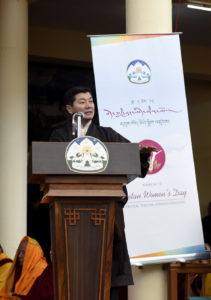 In his keynote address, His Holiness the Dalai Lama welcomed the celebration of 12 March as Tibetan women’s day and acknowledged women as innately more compassionate and empathetic.

His Holiness also expressed his sorrow at the prevalence of violence in the name of religion and widespread starvation caused by human greed and insensitivity in parts of the world. His Holiness blamed these misfortunes on the lack of compassionate leadership in the world and explained that more women in leadership positions could redress these misfortunes.

Speaking about women in Tibetan culture, His Holiness the Dalai Lama said Tibetan culture, which is primarily based on Tibetan Buddhism, considers all sentient beings as equal including men and women. However, His Holiness admitted that due to societal influences, there are instances where women are sometimes considered inferior or weaker in the community, which should not be the case.

Speaking about the Gelongma issue, His Holiness explained that the conferment of Gelongma (bhikshuni) title requires a Khenmo. “Since, no Khenmo has visited Tibet from India during the early stages of Buddhism in Tibet, it is quite difficult to start conferring the title without a lineage. Other that that, Buddha’s teachings ensures equal opportunity to all,” His Holiness said.

Tibetan political leader Sikyong Dr Lobsang Sangay, in his address, said that today is the day to honour Tibetan women for their courage and sacrifice, and expressed his hope that the Kashag’s consistent efforts as well as the celebration of Tibetan women would pave the way for a brighter future for women and create awareness about women’s indispensable role in the community.

“Since coming into exile, from the day one, the Central Tibetan Administration under the leadership of His Holiness the Dalai Lama has said that Tibetan women should have equal rights and opportunity as stipulated in the Tibetan constitution of 1963,” he said.

“Moreover, the first Tibetan women to enter Tibetan parliament as representatives were in 1963. If you recall, it was only in the 1970’s that Switzerland had women representatives in their parliament. In that sense, just after three years of coming into exile, His Holiness the Dalai Lama have felt the need of women leaders in the Tibetan community. Therefore, as per his vision, the Central Tibetan Administration has been trying our best to empower women,” he said.

Sikyong explained the improving status of women in the Tibetan community with regard to higher education, health, and employment services in the Tibetan administration. He also spoke about the Kashag’s revised ‘Tibetan Women’s Empowerment Policy’ and the ‘First Tibetan Women’s Empowerment Conference’ which was organised by the Central Tibetan Administration and participated by Tibetan women and men from all over the world.

Commenting on the social status of Tibetan women, Sikyong said “there is no discrimination against Tibetan Women in the constitution and in the institutions per se but discrimination does exist in the mindset and habit of men. We need to change that and hence we need ‘Tibetan Women’s Day’ and ‘Women’s Empowerment Policy’ to make both women and men equal partners in achieving gender justice and women’s empowerment. Such efforts will engender Tibetan women to lead the Tibetan freedom struggle and champion the cause of peaceful global leadership.”

Sikyong further emphasised the need for more women leaders in the world to fulfill His Holiness the Dalai Lama’s vision of turning the 21st century into a century of peace. “Women should lead countries, women should lead the world because as His Holiness believes, women have an innate potential for compassion which they would share with the citizens,” he declared, expressing his optimism that the time has come for the Central Tibetan Administration to be led by a woman Sikyong, woman Speaker and a woman Chief Justice Commissioner.

Speaker Khenpo Sonam Tenphel read out the statement of the Tibetan Parliament-in-Exile on the occasion.

French Senator Annick Billon, in her address, spoke about the evolution of gender equality in France and expressed her faith in Tibetan democracy to work for the equality of women. “The democratic organistaion of the Tibetan community living in exile is unfortunately not well known in the rest of the world. But it deserves our full admiration for the reforms that it has undertaken over the last several years. And as far as the role of women is concerned, the same reforms will be achieved and women will retain their place,” she said.

She also added that the importance of women should be remembered on the 364 other days of the year as well and not be confined to just one day in a year.

Senator Lisa Singh lauded the sacrifices of the Tibetan women who rose up peacefully against the Chinese government in 1959 and said that they provided the blueprint for Tibetan activism and solidarity that followed afterwards. She also said that women would always rise up to be leaders and advocates, determined to stand up for the things that they believed in.

Calling His Holiness the Dalai Lama the first feminist Dalai Lama, she expressed her admiration for the efforts that His Holiness and the Central Tibetan Administration has undertaken to bring gender parity in Tibetan Buddhism and community. She further expressed her solidarity with Tibetan women and said,” as an Australian woman and a senator, I stand with you as do thousands of other women from Australia and across the world.” 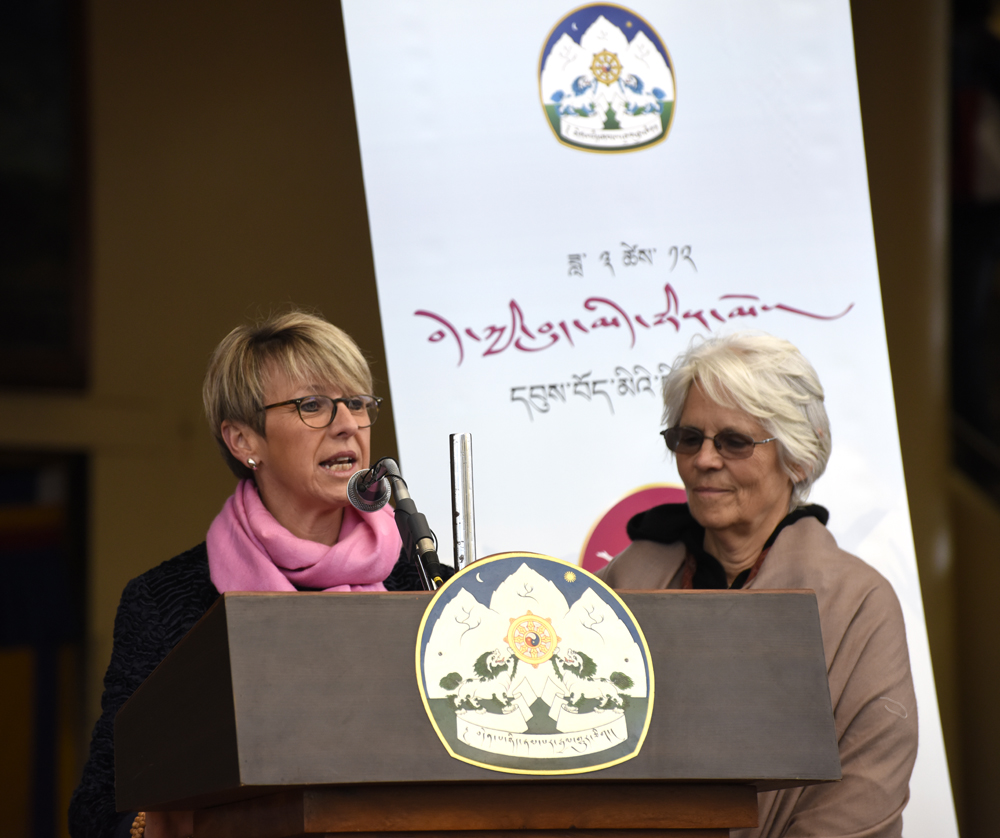 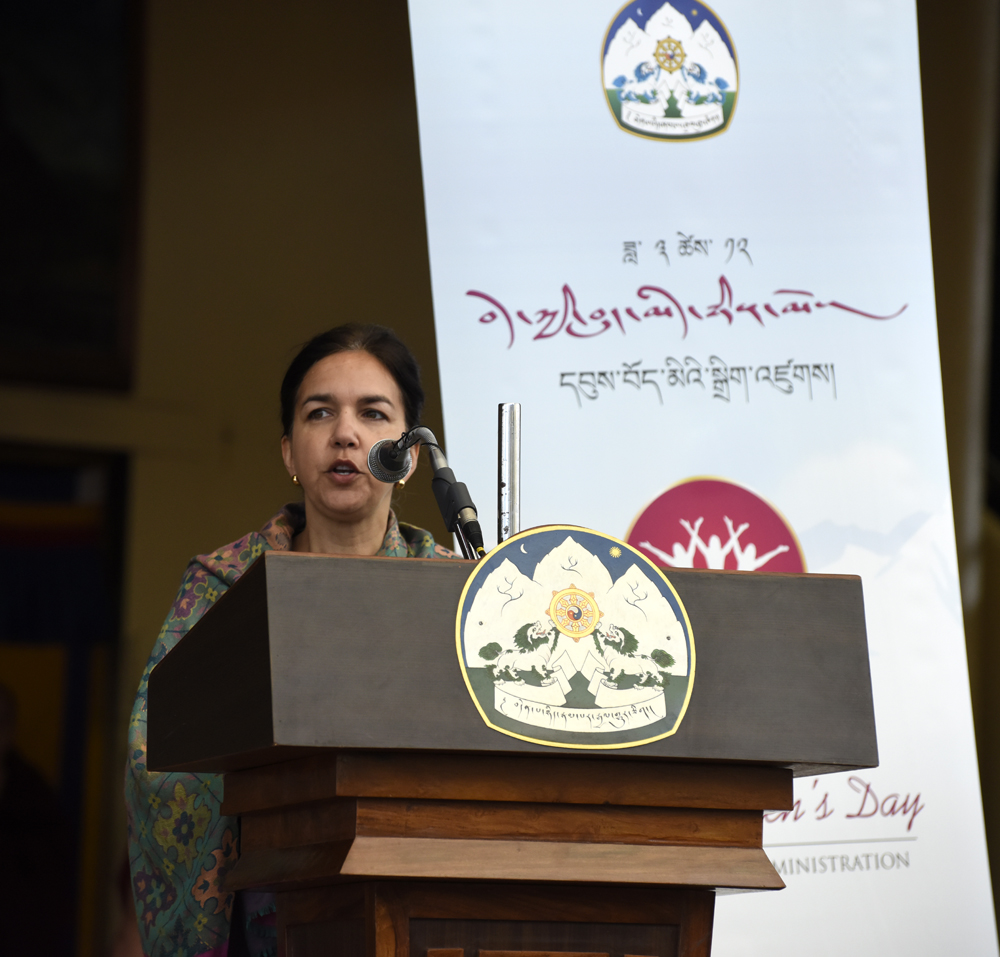 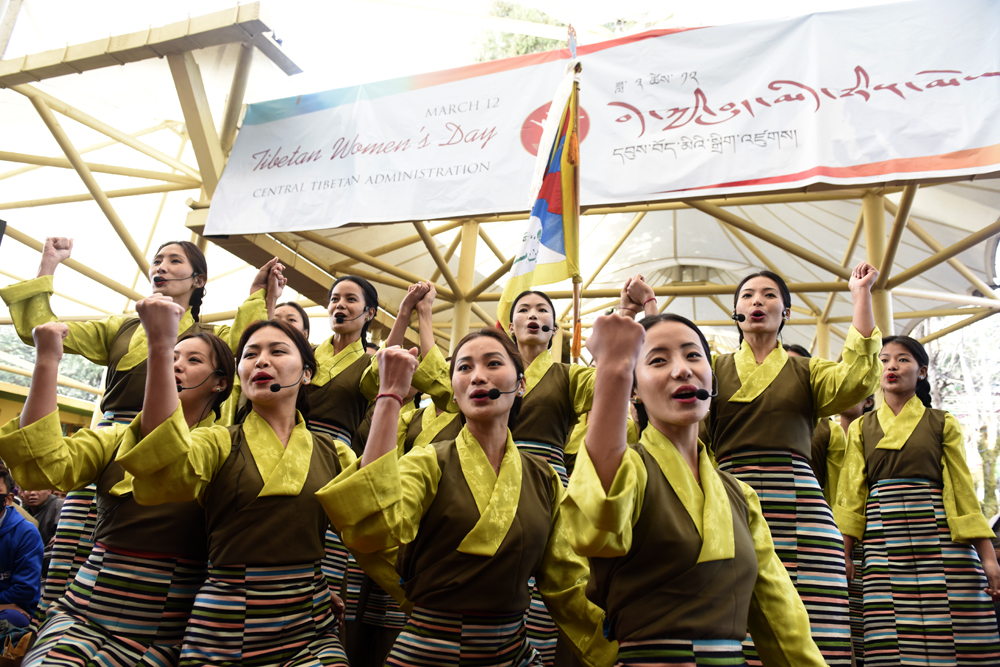 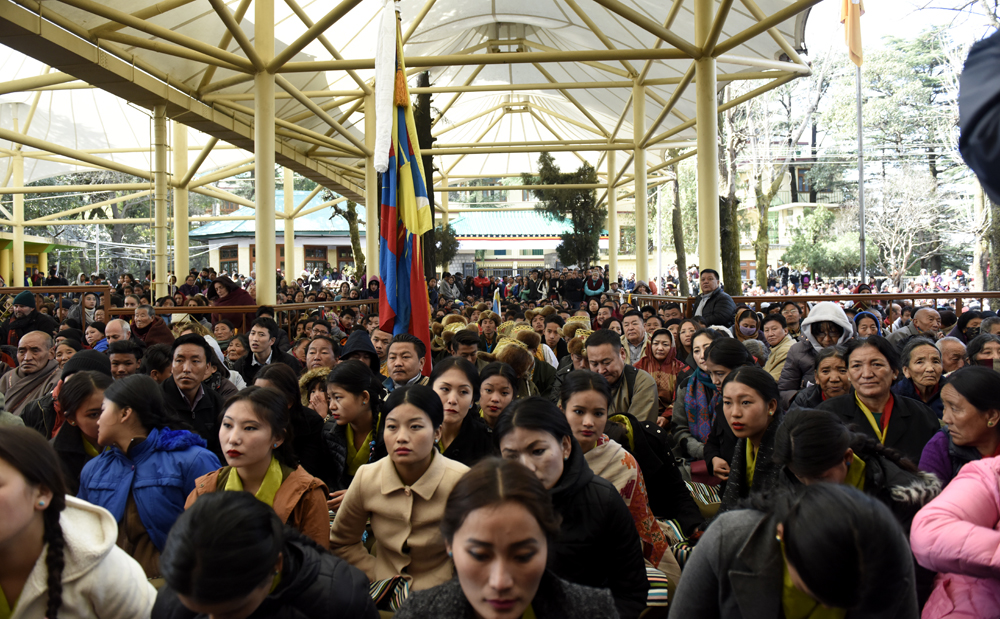