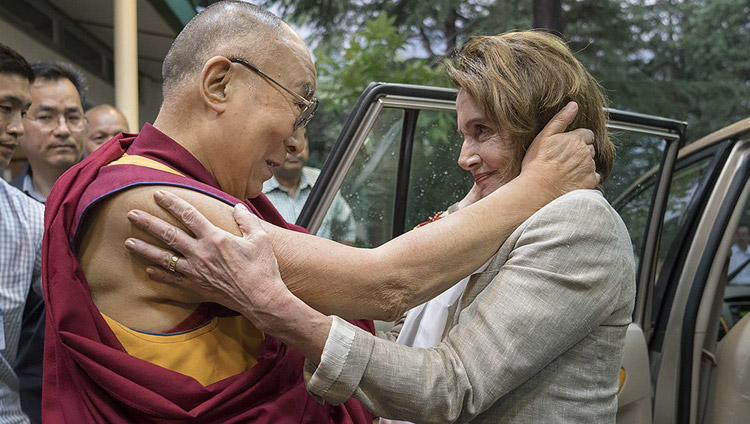 His Holiness the Dalai Lama greeting his friend then House Democratic Leader Nancy Pelosi as she arrives at his residence leading a bipartisan US Congressional Delegation on a visit to the Tibetan community in Dharamsala HP, India on May 9, 2017. Photo by Tenzin Choejor/OHHDL

His Holiness also thanked Speaker Pelosi for her personal friendship and for her loyal and unwavering support in the past decades to the just cause of the Tibetan people.

“Your friendship, support and solidarity during this most difficult period in Tibet’s long history have been a source of hope, inspiration and strength in our enduring and challenging quest for justice and freedom.”

“Consequently, notwithstanding the uncertainty and upheaval we are presently witnessing in different parts of the world, including the continuing plight of my compatriots in Tibet, I remain hopeful and optimistic that ultimately truth, justice and human reasoning and decency will prevail.”