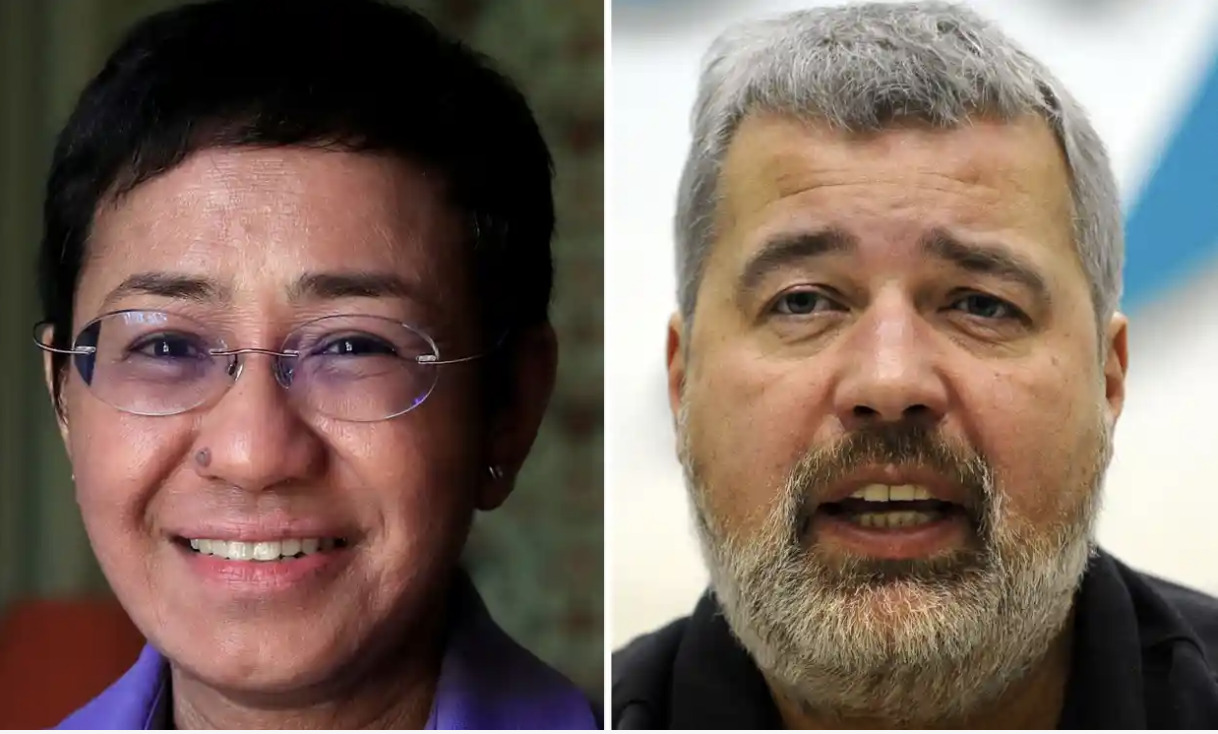 Following the announcement yesterday of the winners of this Year’s Nobel Peace Prize, His Holiness the Dalai Lama issued a statement congratulating Maria Ressa and Dmitry Muratov. He wrote that he was happy to learn that this year’s Nobel Peace Prize had been awarded to the two journalists for their efforts to defend freedom of expression and freedom of the press in the Philippines and Russia.

“In making their award,” he continued, “the Nobel Committee has honoured these two as representatives of journalists everywhere, who put themselves at risk in standing up for this ideal under challenging conditions.

“Journalists have a key role to play in promoting human values and a sense of social and religious harmony. They can contribute to educating people to acknowledge the oneness of humanity and the responsibility we all have to work for the common good. Freedom of expression and freedom of the press are crucial to our being able to promote harmony and friendship between nations, disarmament and a more peaceful world order.

“I greatly admire the courage journalists such as Ressa and Muratov have shown in their work,” he concluded. “May this award serve to encourage everyone working in the media in particular to defend the truth and freedom on which democracy and lasting peace in the world depend.”