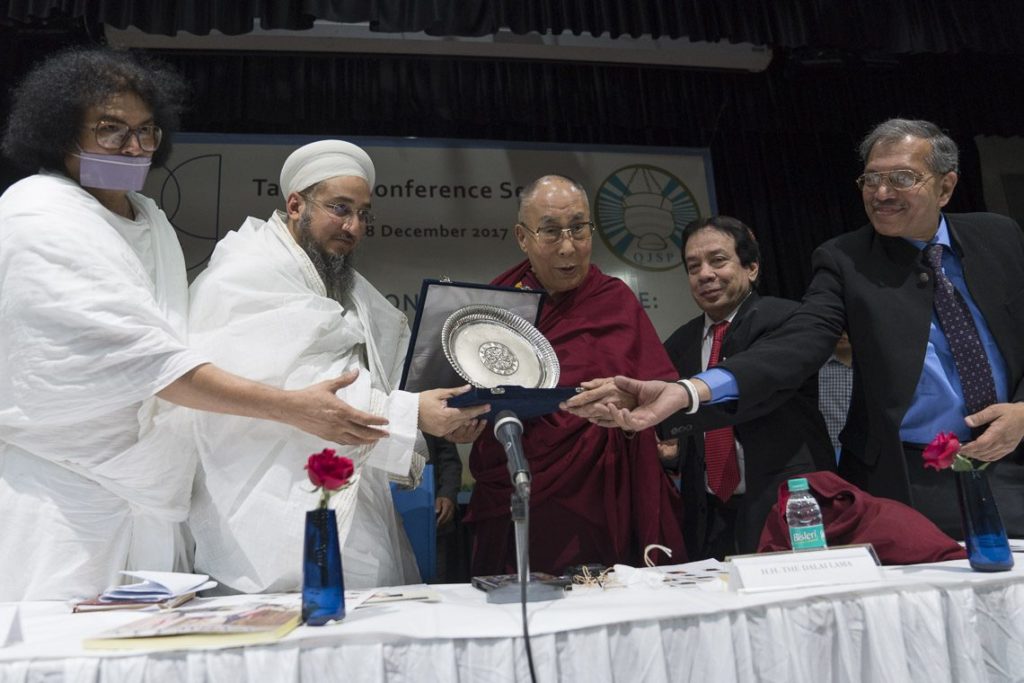 The Syedna Qutbuddin Harmony Prize, in memory of the 53rd Da’i al-Mutlaq, Leader of the Dawoodi Bohra people, is awarded annually to honour an individual or organisation whose work has had an exceptional impact in promoting harmony and peace in India as well as globally.

In his address at the conference, His Holiness spoke about the power of spirituality in tackling destructive emotions such as anger and transforming negativity into positive emotions like love, contentment, tolerance and forgiveness.

“We human beings are wonderful in some ways, but act as trouble makers in others. Our various religious traditions provide us with ways to tackle the destructive emotion that underpin our misuse of our intelligence. One way to reduce destructive emotions is to actively develop positive emotions like love, contentment, tolerance and forgiveness,” his Holiness said.

His Holiness also spoke about the oneness of humanity and the essence of all religious traditions as being the same. His Holiness explained that it is the practice of these traditions that can bring about peace and harmony.

“All religious traditions speak about love and compassion. The question is whether we take our faith seriously or not. If I dress as a Buddhist monk, but there is no change in my mind, I have not much to show for my practice.”

“All religious traditions have the potential to produce warm-hearted people, but unless we are sincere, it’s all too easy for religion to be further grounds for thinking in terms of ‘us’ and ‘them’,” His Holiness noted.

Speaking about inner peace, His Holiness said that inner peace could only be brought about with emotional hygiene. “The cultivation of inner beauty—of being able to smile and show trust and concern for others is crucial. As social animals we need friends, but we don’t make friends through fear and anger. It’s by showing genuine concern for others’ well-being that we earn their trust and trust is the basis for friendship.

His Holiness further lauded India’s rich ancient knowledge based on the study of mind and emotions, and how it have contributed to the peaceful coexistence of diverse religious traditions in the country.

“This profound emphasis on the study of mind and its functions is extremely relevant in today’s world. Learning to achieve peace of mind is the basis for establishing peace in the world. And India is the one country that has the potential to combine its ancient knowledge with modern education for the wider benefit of the world at large,” His Holiness remarked. 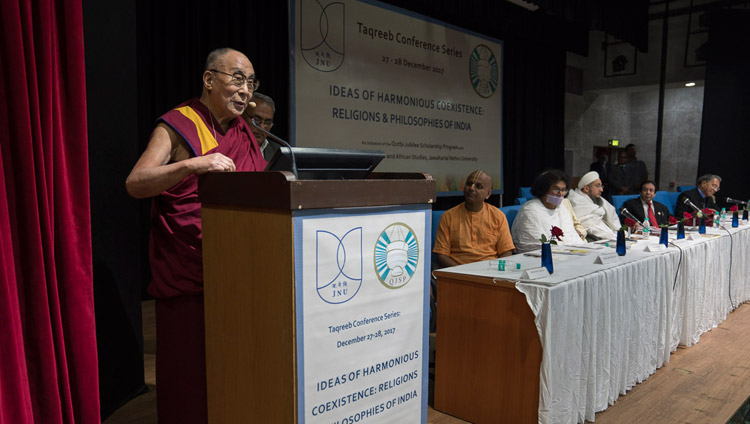 His Holiness the Dalai Lama speaking at the inter-religious conference at Jawaharlal Nehru University in New Delhi, India on December 28, 2017. Photo by Tenzin Choejor 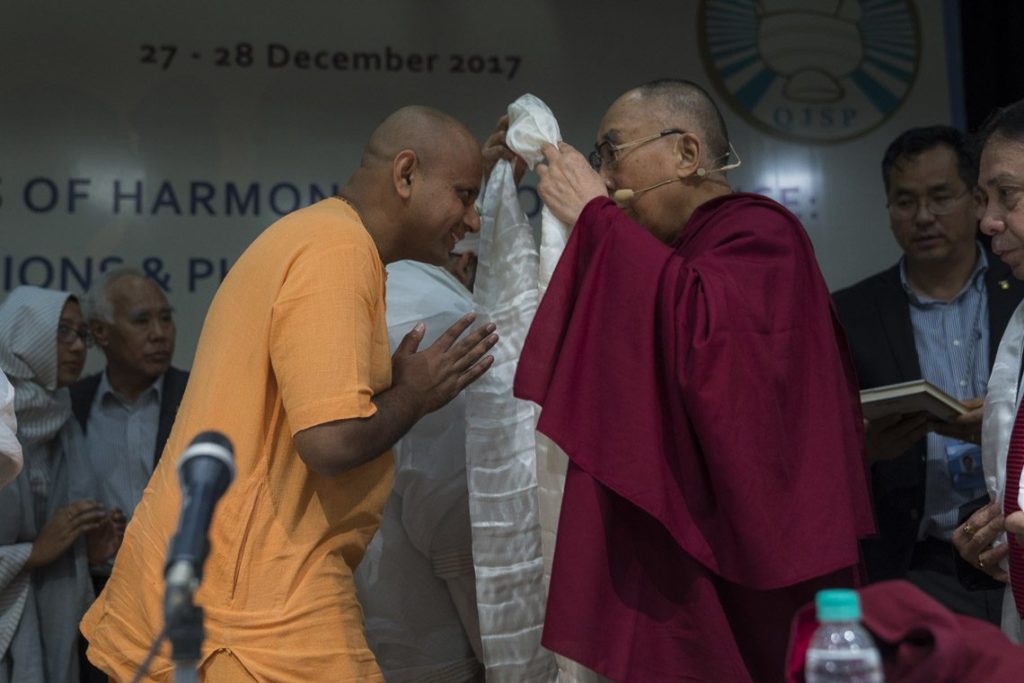 His Holiness the Dalai Lama presenting Shri Gaur Gopal Das with a traditional Tibetan scarf as a token of appreciation at the conclusion of the inter religious conference. Photo by Tenzin Choejor 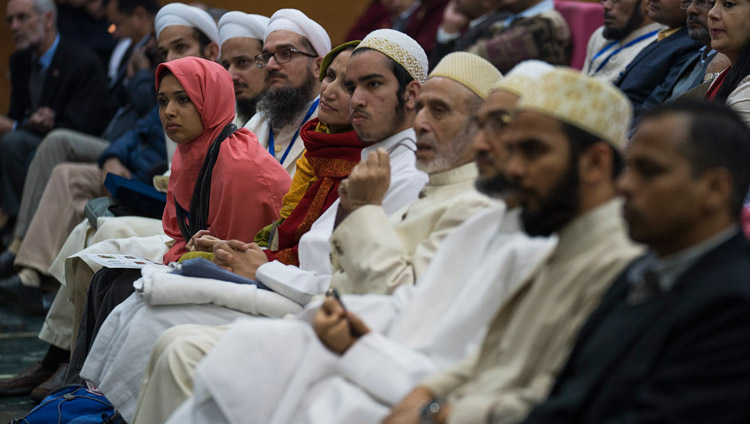 Members of the audience listening to His Holiness the Dalai Lama’s address at the inter-religious conference at Jawaharlal Nehru University in New Delhi, India on December 28, 2017. Photo by Tenzin Choejor