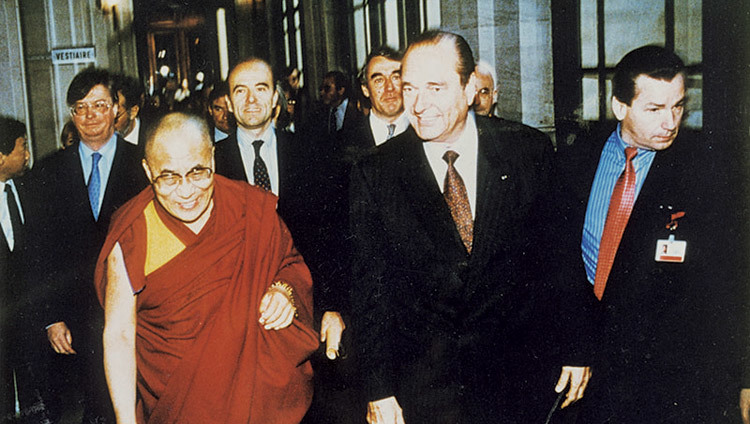 Dharamshala: In a letter to Madame Bernadette Chirac offering his condolences on the death of her husband former French President Jacques Chirac, His Holiness the Dalai Lama wrote: “I had the privilege of knowing Monsieur Chirac ever since he was elected Mayor of Paris. I counted him among the friends of the Tibetan people. When he was President of France, I admired the way he cultivated close cooperation with Germany, which served to strengthen the European Union. I have a dream that similar visionary political projects will spread to Africa, Latin America and Asia.”

“His dedication in championing the integration of the European Union will be remembered with respect,” said His Holiness.

Jacques Chirac served as president of France from 1995 to 2007. He died on Thursday morning at the age of 86.