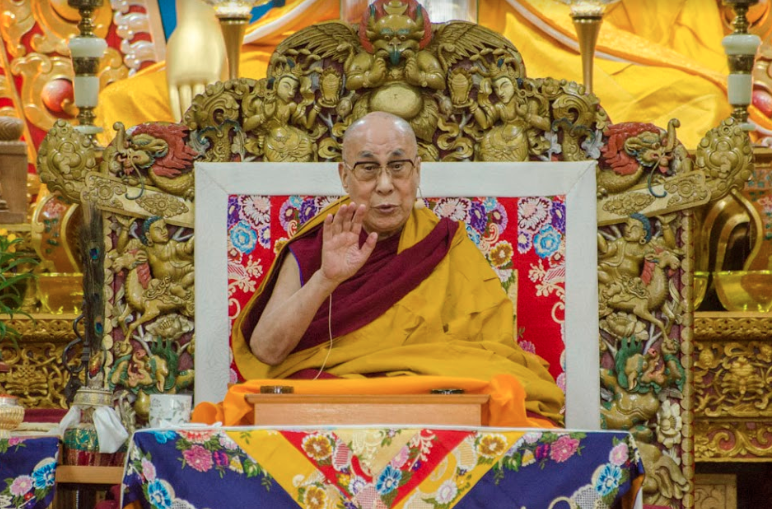 His Holiness the Dalai Lama explaining the Manjushri Permission on the final day of the four-day teaching on Uma Nyingpo, February 23, 2019. Photo/Tenzin Jigme/CTA

Dharamshala: Tibetan spiritual leader, His Holiness the Dalai Lama today concluded the four-day discourse on Bhavaviveka’s ‘Essence of the Middle Way’ and bestowed the Manjushri permission to thousands of devotees at Tsuglagkhang.

Having bestowed a series of teachings for his devotees for the past week, His Holiness remarked: “We’ve completed the teaching of Bhavaviveka’s ‘Essence of the Middle Way’ based on Khenpo Kunga Wangchuk’s annotations.”

“These texts by Indian masters are really helpful for dispelling doubts about the misconception of intrinsic existence,” he said as he enjoined the devotees to continue the study of the Buddhist teachings and translate them into action.

With regard to the permission of Manjushri, His Holiness said he received it from Tagdrag Rinpoche as a child.

He observed that the particular practice was effective for enabling vast, profound and swift gain of wisdom. “The practice facilitates the sharpening of intelligence and the ability to engage in critical analysis. It also enhances the wisdom on the basis of which to develop Bodhichitta that leads to the state of omniscience.”

His Holiness remarked that for a teaching or practice to belong to the great vehicle or Mahayana, it needs to be based on Bodhichitta, the compassionate wish to attain enlightenment for the benefit of all beings.

As he concluded the teachings, His Holiness offered prayers to dedicate (Tib: བསྔོ་བ་) the collective merits towards the flourishing of the Buddha Dharma and the tradition of Je Tsongkhapa in particular. Many forms of Buddhist practice conclude with dedicating the benefit of one’s practice to relieving the suffering of sentient beings and helping them awaken. It is the third of the three noble principles (Tib: དམ་པ་གསུམ་).

“It’s a good, clear day today. We’ve finished the teaching and I look forward to seeing you all again. I’ve received an invitation from the Abbots of Drepung and Ganden Monasteries to come to South India and if I’m feeling fit, I’d like to come.” 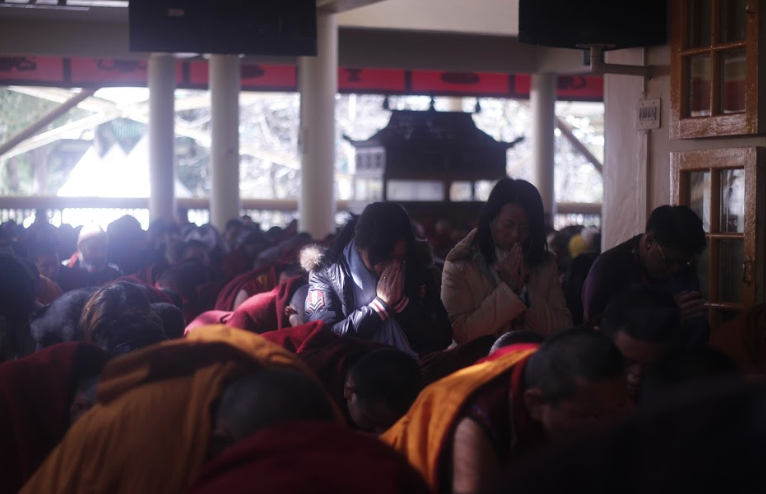 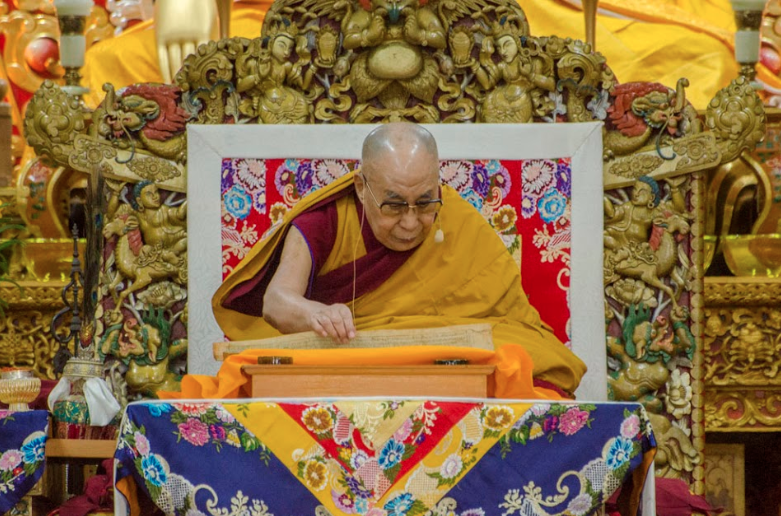 His Holiness the Dalai Lama on the final day of the four-day teaching on Uma Nyingpo, February 23, 2019. Photo/Tenzin Jigme/CTA