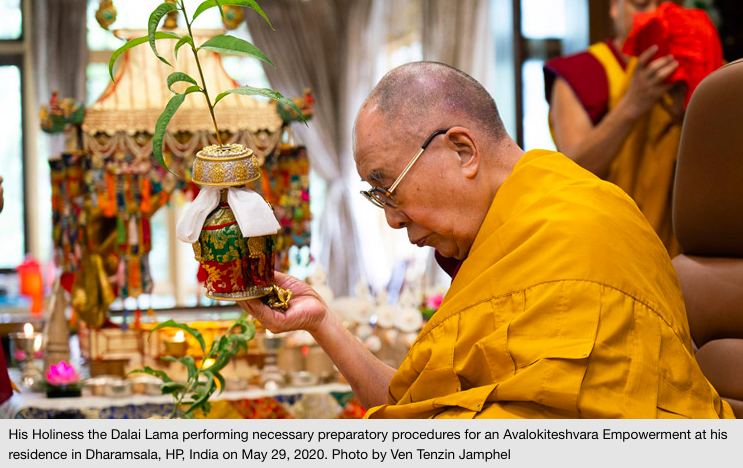 Dharamshala: After a brief break from the last teaching on tackling negative emotions, the Tibetan spiritual leader His Holiness the Dalai Lama began two-day live conferment on the Avalokiteshvara Empowerment, a practice focused on compassion. It is the beginning of the sacred month of Sagadawa, a month of honouring the life of Buddha, and this year His Holiness bestowed the Tibetans and devotees across the world with the initiation of Avalokiteshvara through the live webcast given the present situation.

His Holiness began by explaining that Avalokiteshvara is a deity of compassion and compassion, he said, is something we need to cultivate through meditation and familiarisation. If one follows the practice of Avalokiteshvara, visualise, and similarly makes prayers to Avalokiteshvara then it will have a certain benefit to increase one’s compassion.

“For the Boddisatvas, as it is said that wisdom focus on enlightenment coupled with compassion on sentient beings. Wisdom in reference is not drifted wisdom but a correct wisdom” stated His Holiness.

As always, His Holiness emphasised the oneness of humanity and explained that all human beings irrespective of race, caste, creed, or religious belief has the equal potential to bring peace. He urged the public to utilise that potential, innate in all of us, to foster love and kindness and promote unity and happiness in the world. “All sentient beings want happiness, and no one wishes to suffer,” he said.

“These days, he said, when we watch the news, we see reportings on racial discrimination not to mention killings as the consequences of racist incidents. Then there are some who take it further and express pride in killing somebody”. His Holiness was referring to the case of George Floyd whose unfortunate death reminds of the many victims of racism in the U.S. 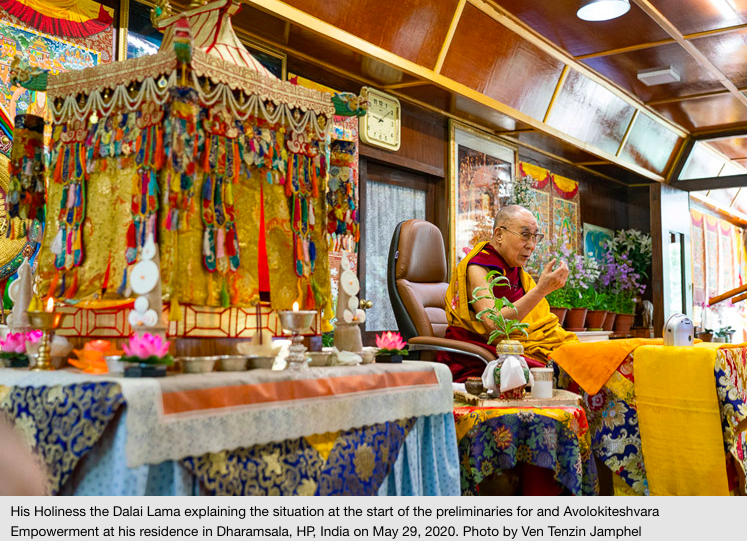 Condemning the concept of sectarianism that has caused violence and conflict, His Holiness pointed out that at the core, humans are compassionate beings.

“All living beings survive through compassion and love. If we as human beings do not harm one another but help one another and serve one another with compassion then we can attain peaceful world free from fear and anxiety” said His Holiness and added that without compassion, one’s life gets carried away by jealousy, pride, arrogance, and hatred which will eventually deprive oneself of happiness.

His Holiness admitted that one of his major commitments in life is to promote basic human values such as love and compassion as he denotes that it is crucial for the survival of humanity. He asserted that the main objective in conferring the initiation today is to promote compassion.

He asserted that had he not escaped to India, he never would’ve carried out his principal commitments. He stated that coming into exile was like a ‘blessing in disguise’ and added that freedom in India helps him to benefit not only the Tibetans but people around the world.

As His Holiness began the preliminary process of the Avalokiteshvara initiation, he asked the devotees to have pure motivation and asserted that without good intention, practicing dharma is futile.

Meanwhile. Gaden Tri Rinpoche was on the screen before His Holiness offering a mandala and the three representations of the body, speech, and mind of enlightenment.

His Holiness gave the vows of a lay practitioner, followed by the bodhisattva vows, and led his audience through the various visualizations of the empowerment. His Holiness mentioned towards the end that he would give the proper empowerment tomorrow. He also mentioned that Prof Robert Thurman has asked him to grant the permission of Simhanada (Lion’s Roar) Avalokiteshvara and that he has agreed to do so. 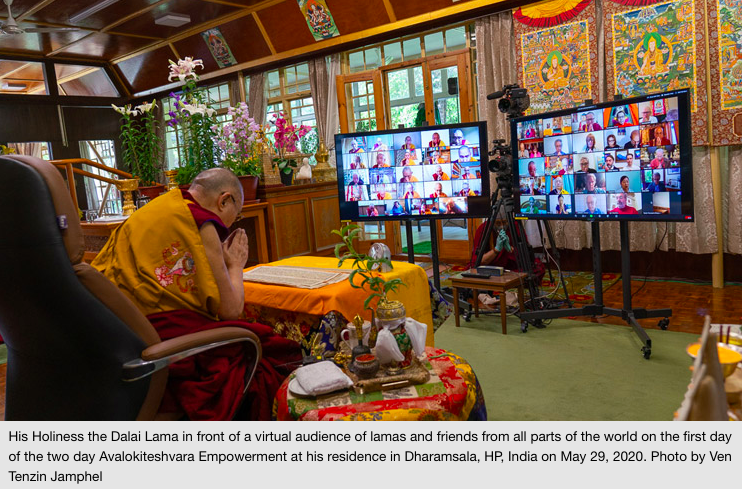 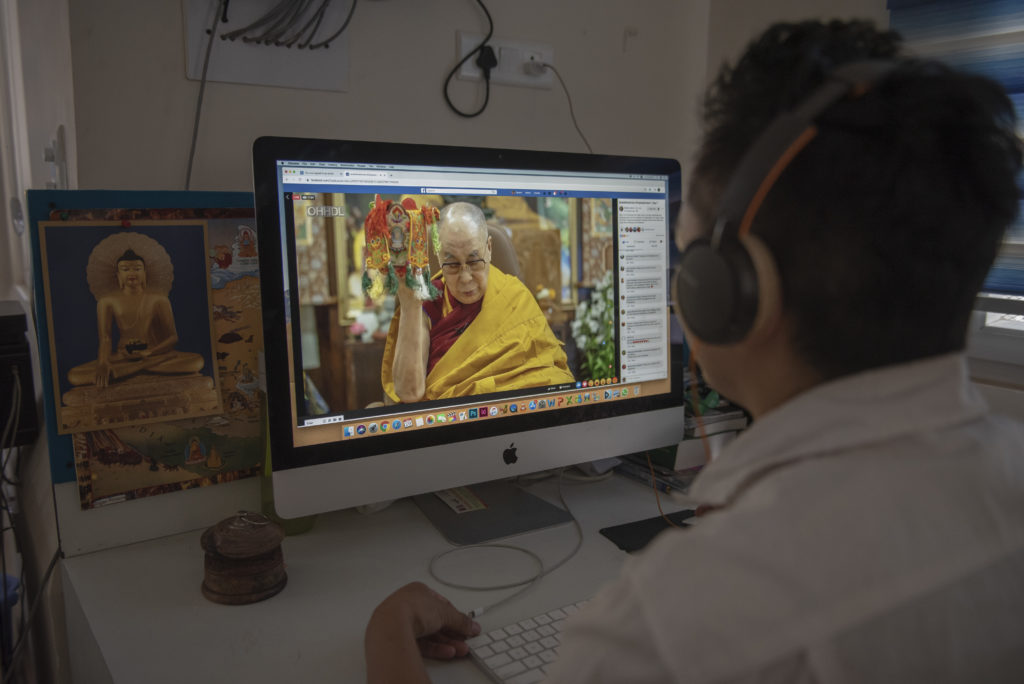 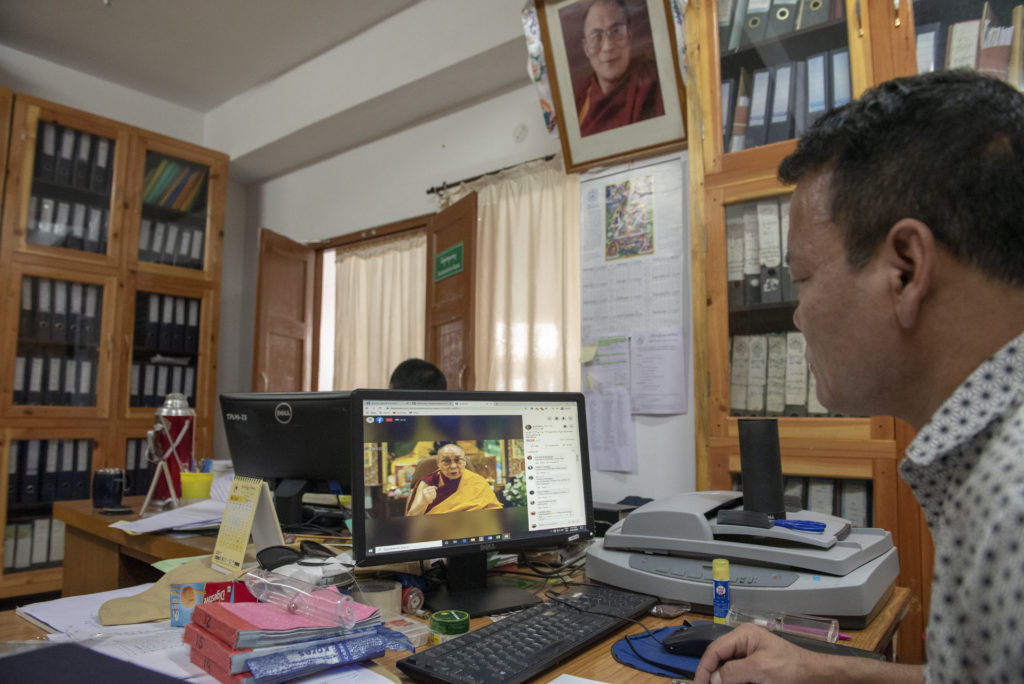 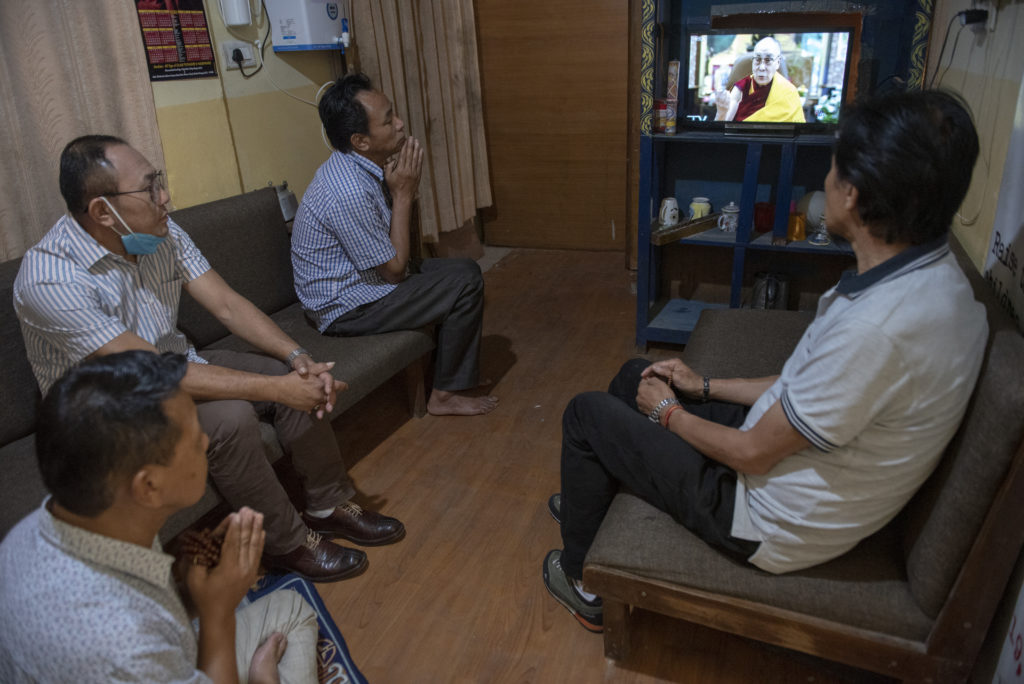