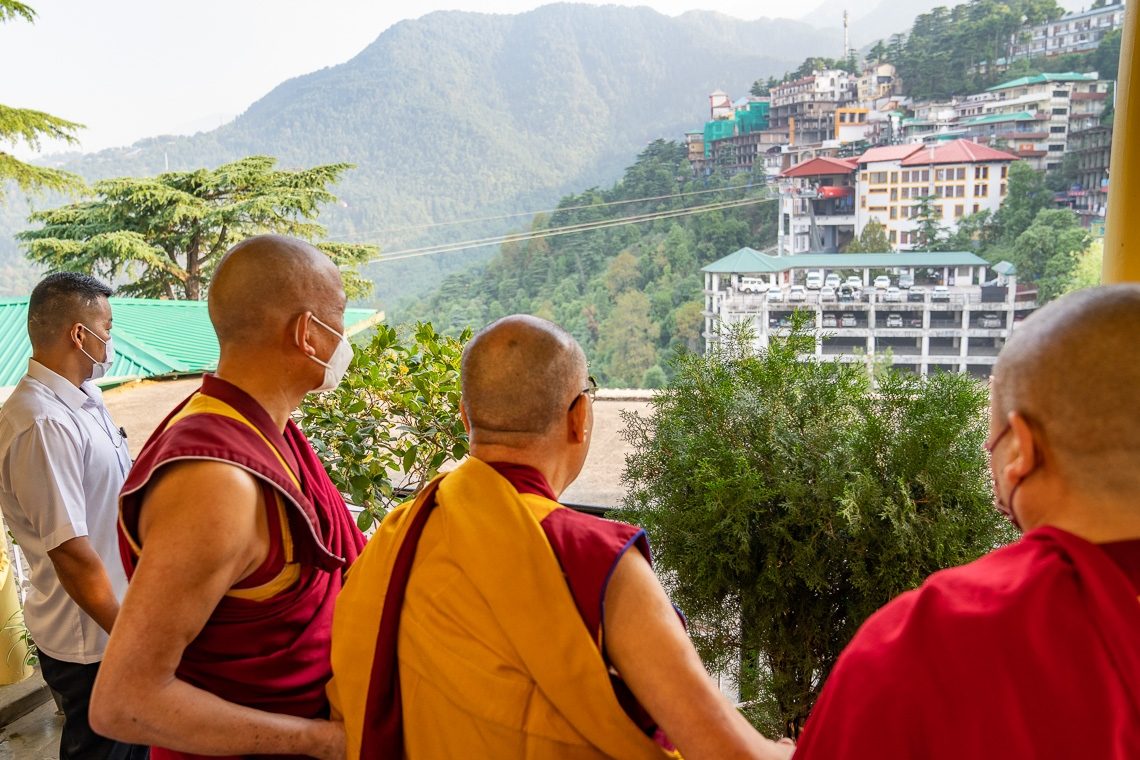 His Holiness the Dalai Lama looking out at Mcleod Ganj as he arrives at the main temple for Mahakala Puja. Photo: Tenzin Choejor/OHHDL.

Dharamshala: His Holiness the Dalai Lama has earlier this morning attended Mahakala Puja and Gelong Ordination (fully ordained monk vows) held at the main temple and his residence respectively.

The Gelong ordination in the context of Tibetan Buddhism is essentially taking vows not yet taken and the practice of supplementing the regeneration of vows to avoid them from degeneration. The monks who are ordained undergo rigorous study and practice Vinaya. They also participate in the bi-monthly confession and restoration ceremony, etc.

Addressing the gathering of ordained monks, His Holiness remarked, “You must feel fortunate for this momentous opportunity to render your service to the Dharma by becoming an ordained Gelong. Before his great renunciation, Buddha being a renowned prince was living a luxurious life but he renounced the world of luxury to live an ascetic life in the service of all sentient beings.”

Around 630 Tibetan and non-Tibetan monks from Drepung, Gaden, Sera and other monasteries across India and some from USA, Belgium Spain, Germany, Ireland, France, Australia, Vietnam, Nepal, Russia, and Mongolia will receive ordination from His Holiness this week and the next.

Before bestowing the ordination, His Holiness visited the main temple to attend the Mahakala puja, a ritual which involves eliminating the obstacles through recitations and the creation of a sand mandala etc. 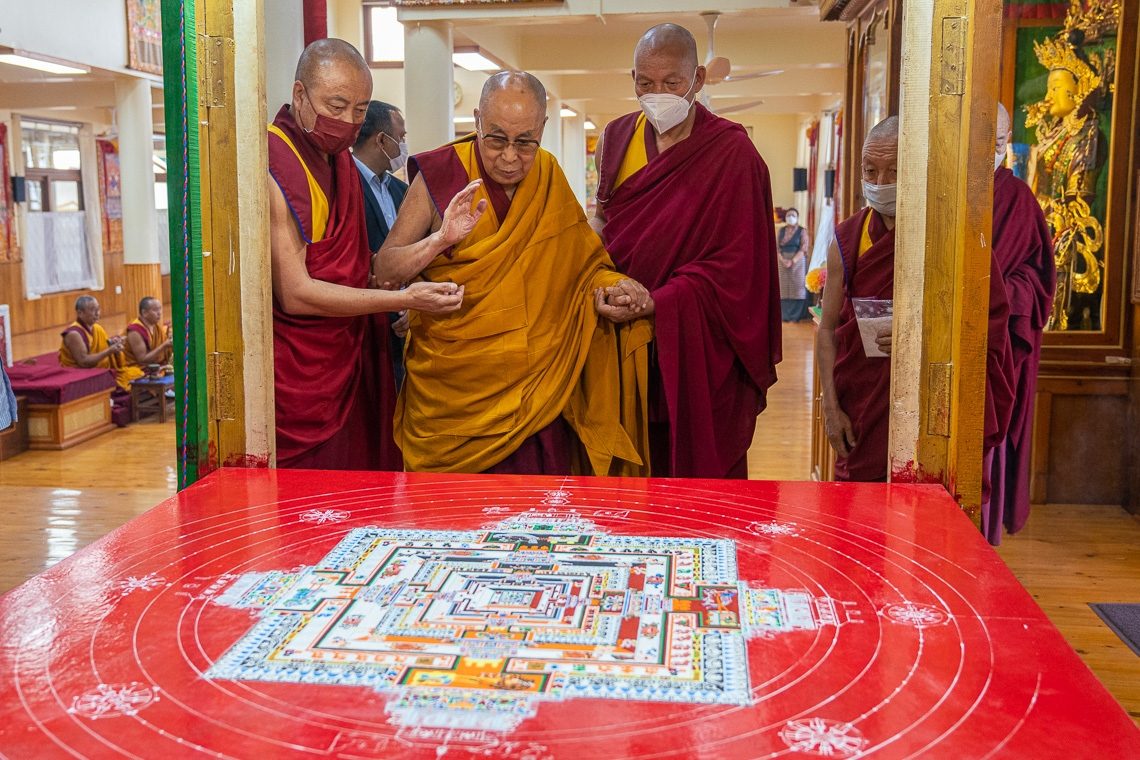 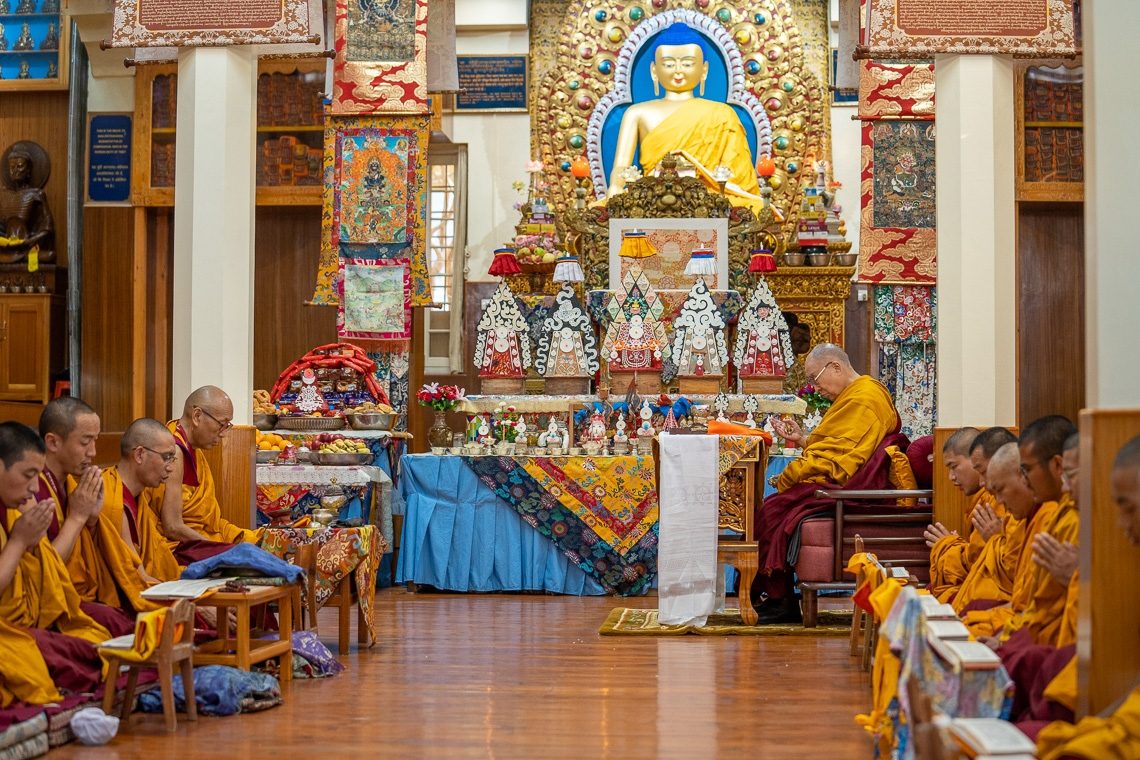 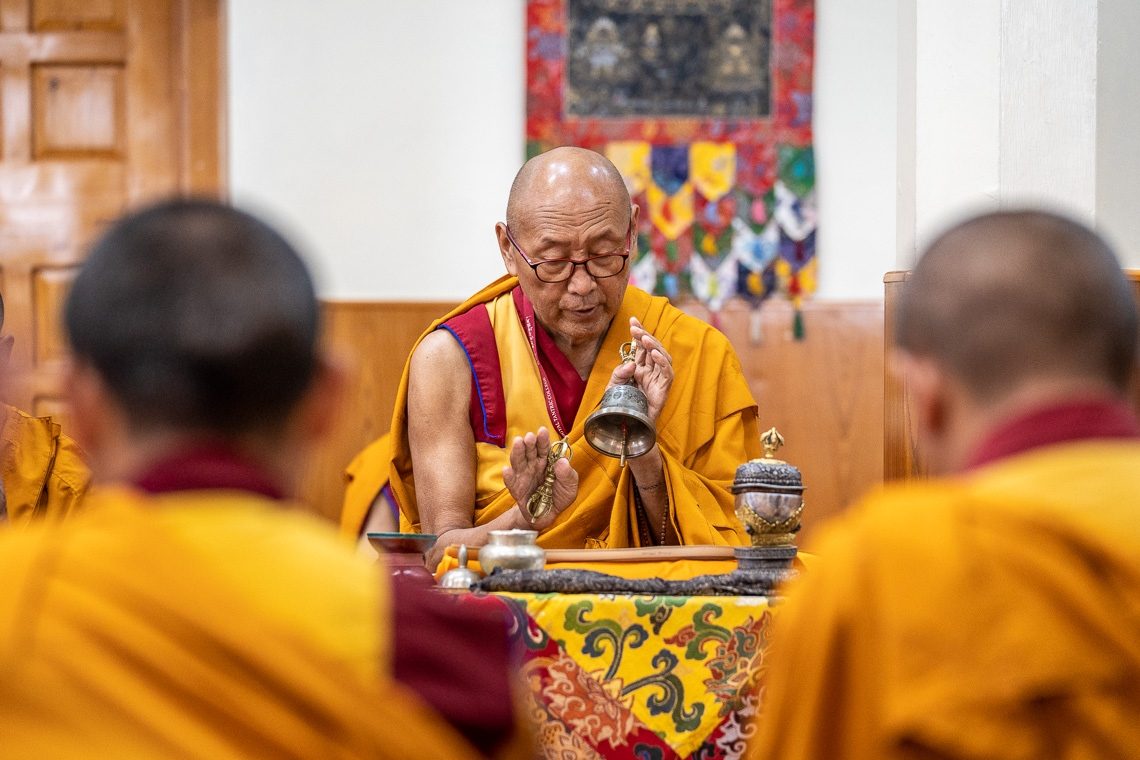 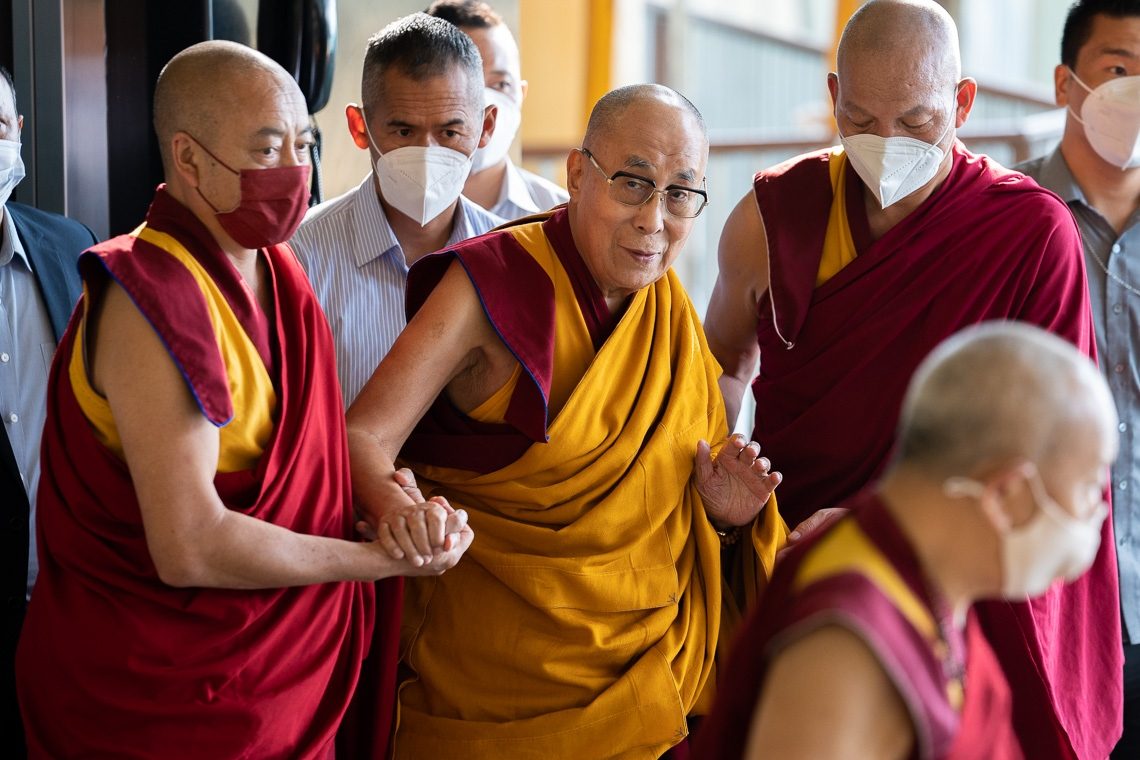 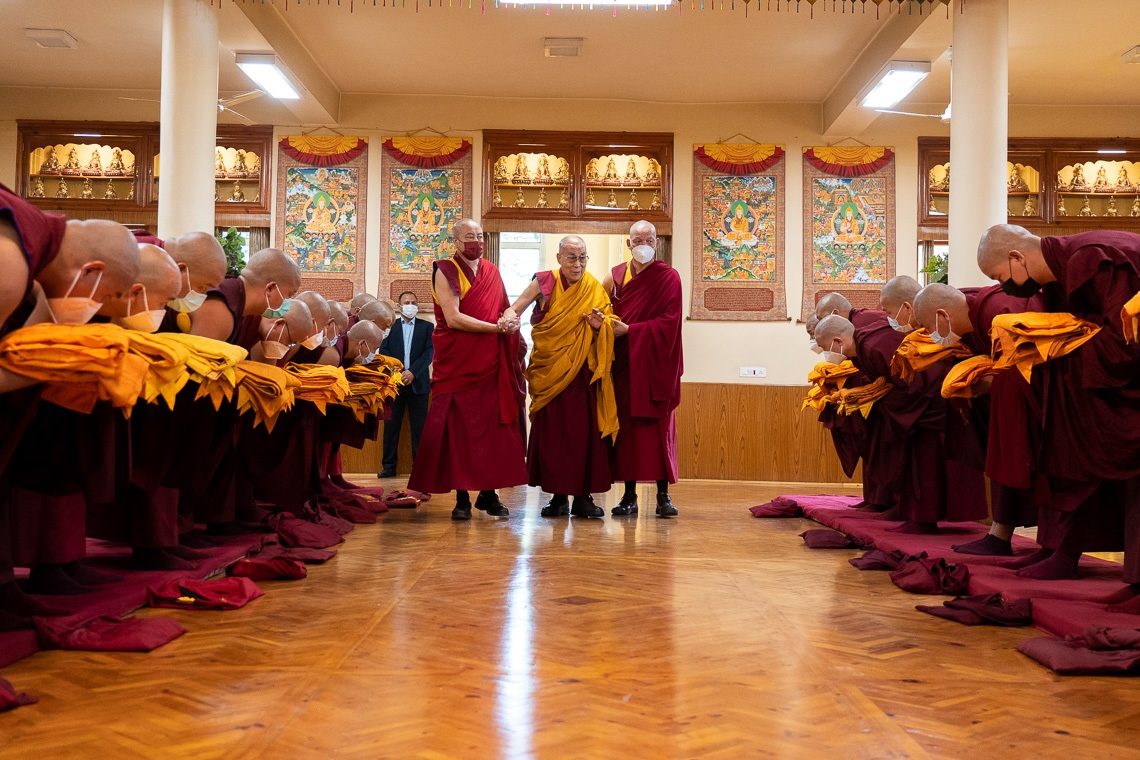 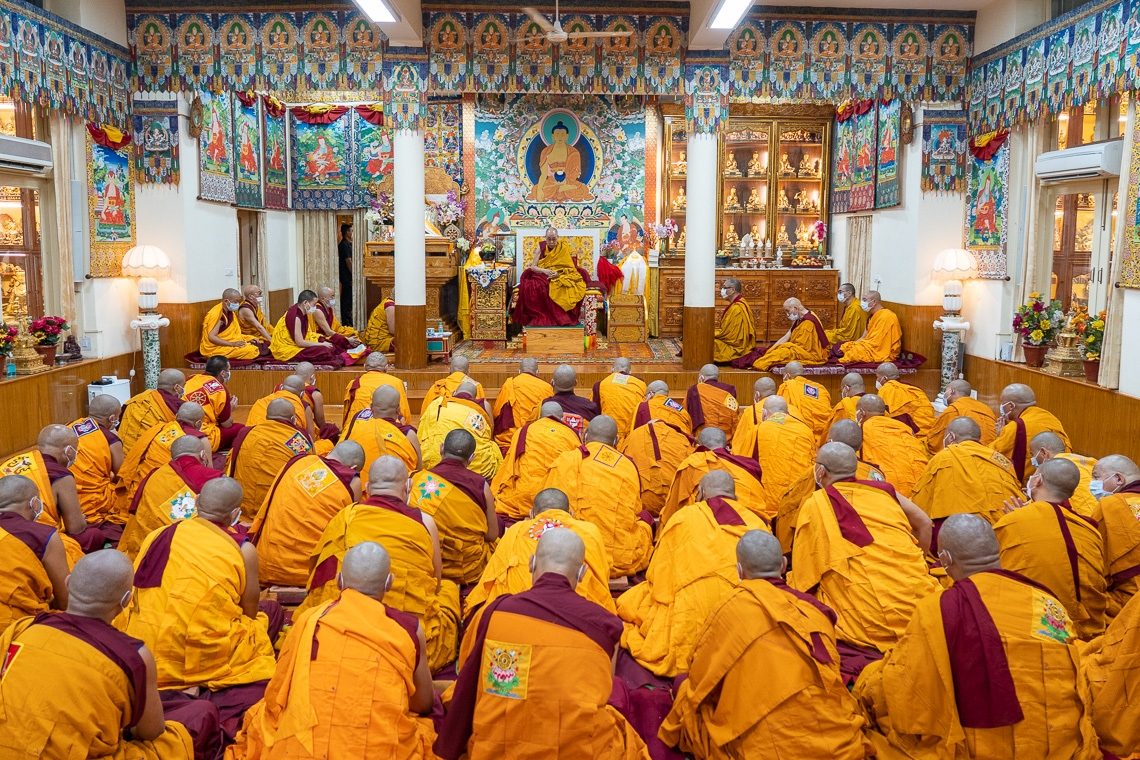 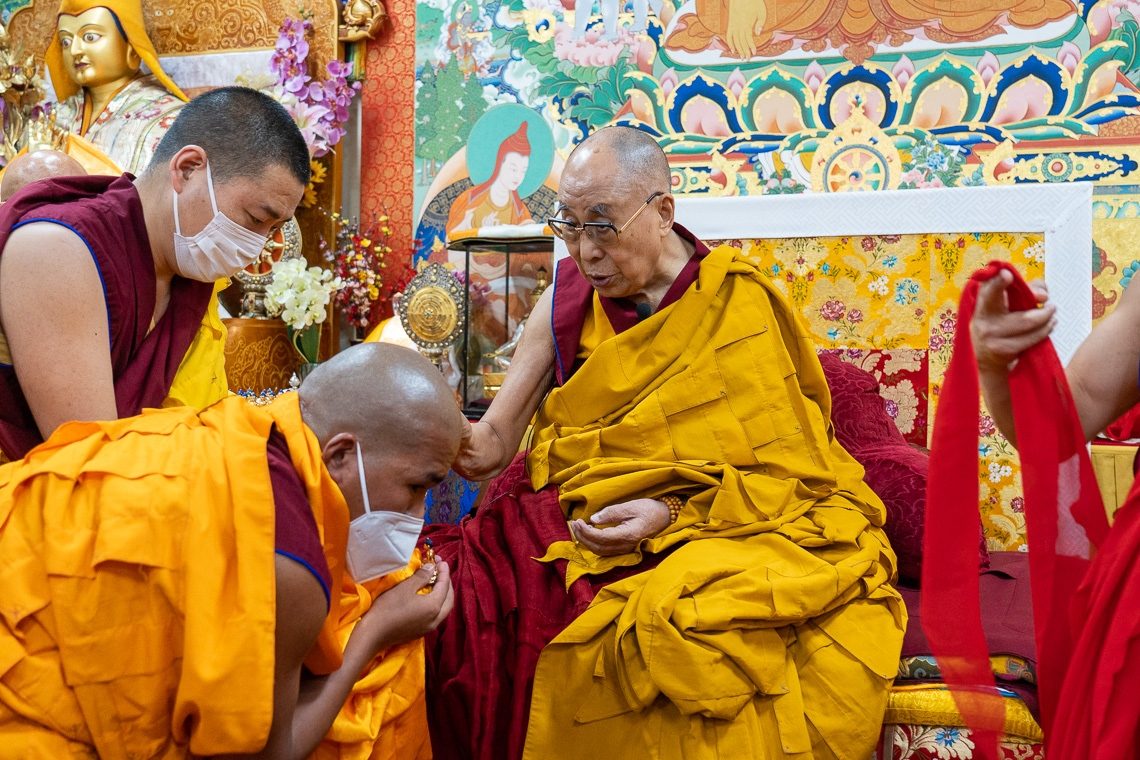 His Holiness offering a Buddha statue to the ordained monks. Photo: Ven.Tenzin Jamphel/OHHDL. 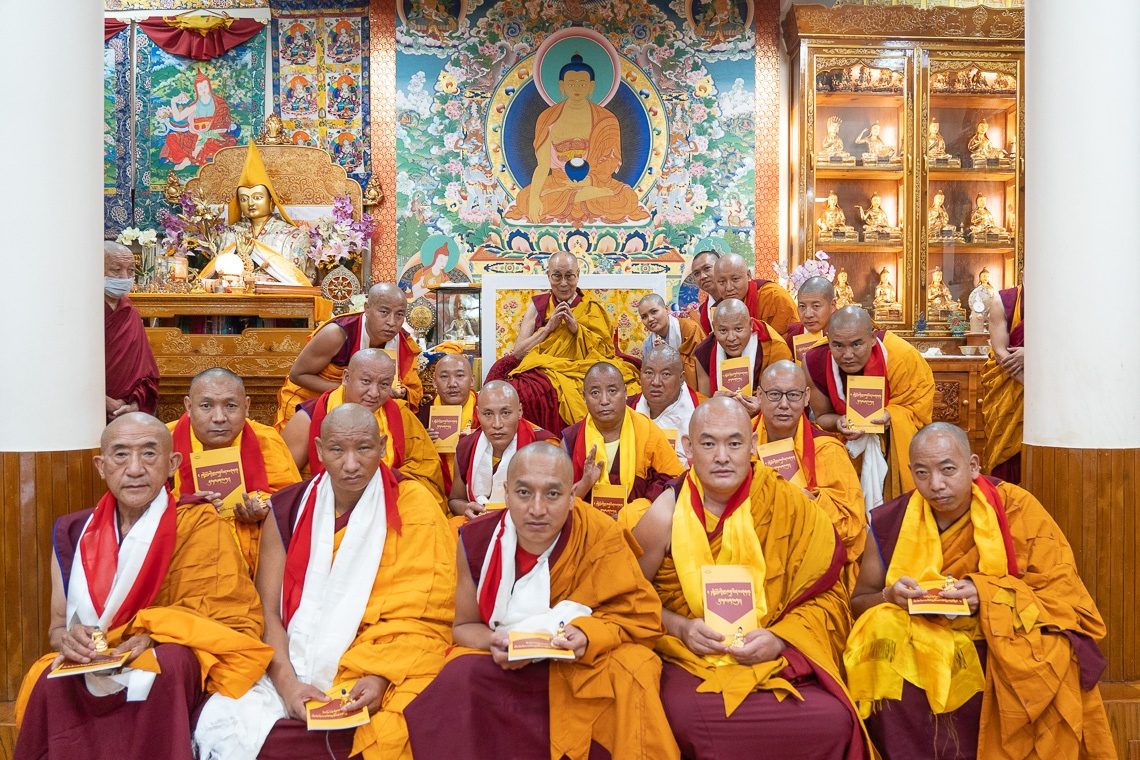