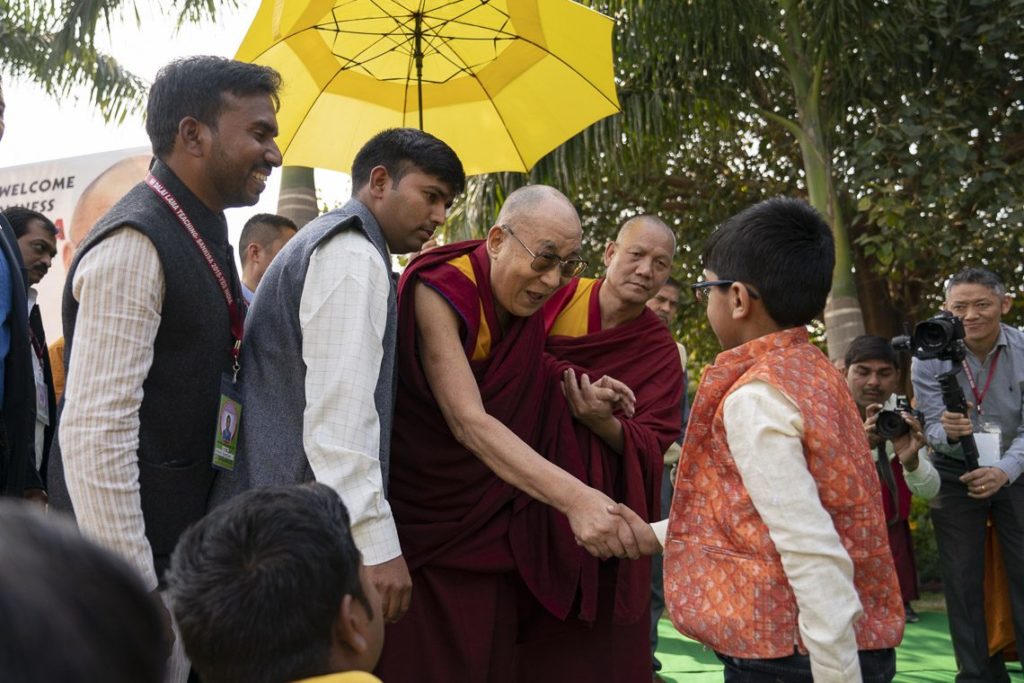 His Holiness the Dalai Lama greeting a young boy as he arrives at his hotel in Sankisa, Uttar Pradesh, 2 December 2018. Photo/Tenzin Choejor/OHHDL

Sankisa, UP: His Holiness the Dalai Lama arrived safely in Sankisa this morning to give three-day teachings to a group of Indian devotees. Sankisa is considered a prominent Buddhist pilgrimage site in India. His Holiness last visited the town in 2015.

As reported by Dalailama.com, His Holiness was received at the Farrukhabad airport by the local MP, the District Magistrate, the Superintendent of Police, the Additional District Magistrate and members of the Youth Buddhist Society of India (YBSI). From Farrukhabad he drove to Sankisa, which is counted among the eight major Buddhist pilgrimage places in India.

At the hotel, His Holiness was greeted by about 120 volunteers from the Youth Buddhist Society India, the organiser of the three-day teaching.

“Here I am in this sacred place once again at your invitation, for which I thank you. We’ll be meeting again over the coming days, so I don’t have much to say now. However, it is important to try to make our lives meaningful. At a time when people in the world at large are still fighting and killing each other it is crucial that we in this land of ahimsa make an effort to promote ahimsa, non-violence. Ahimsa is the conduct we should adopt and it arises out of a sense of karuna or compassion which should be out motivation,” His Holiness said, in his brief interaction with the group.

Sankisa, historically known as Sankasya, is one of the eight principal places of Buddhist pilgrimage. However, it is one of the four unchanging sacred sites which include Bodhgaya, Sarnath, Shravasti and Sankisa. It is believed that the Buddha reappeared in Sankisa, after spending a rainy season teaching in the Heaven of Thirty-three, where his mother had been reborn. The site was identified and marked by the Emperor Ashoka who had a pillar erected here topped by an elephant capital. Some of that pillar and the elephant capital remain to this day. Sankasya was visited by the Chinese monks Faxian and Xuanzang in the 5th and 7th centuries CE. It was rediscovered in 1842 by General Sir Alexander Cunningham.

Tomorrow, His Holiness will begin teaching on Shantideva’s ‘Guide to the Bodhisattva’s Way of Life’. 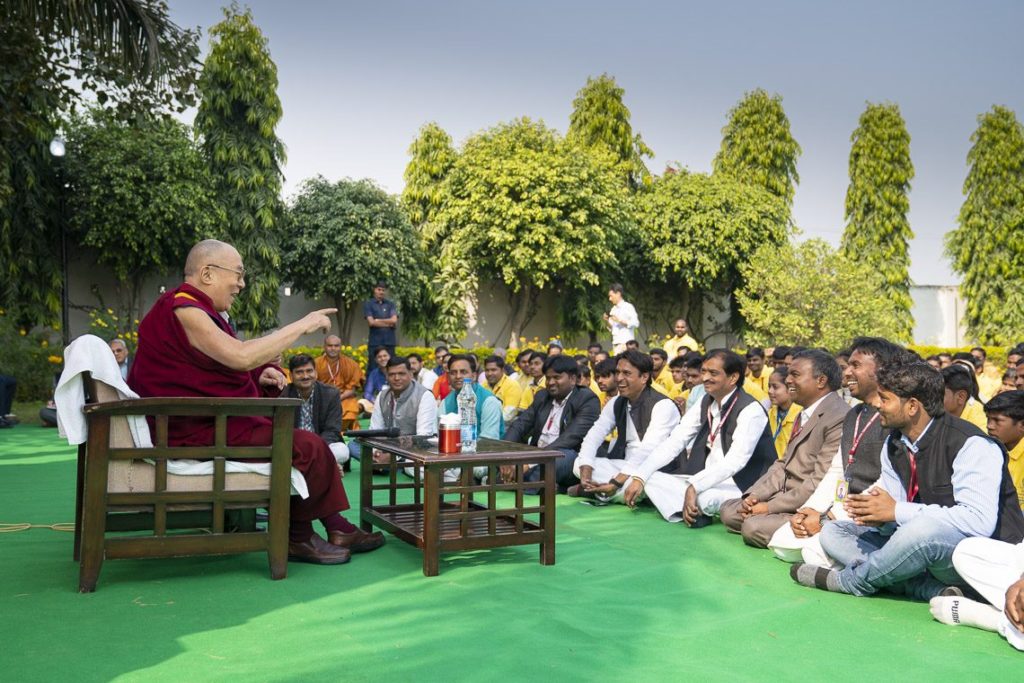 His Holiness the Dalai Lama interacting with volunteers of the Youth Buddhist Society on the lawn of his hotel in Sankisa, UP, India on December 2, 2018. Photo/Tenzin Choejor/OHHDL 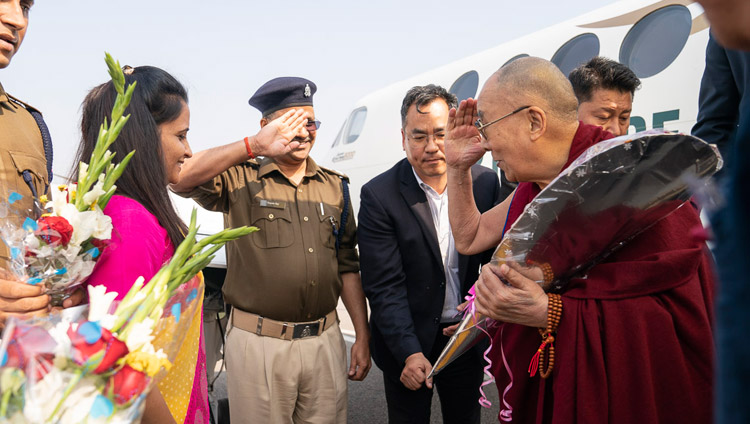