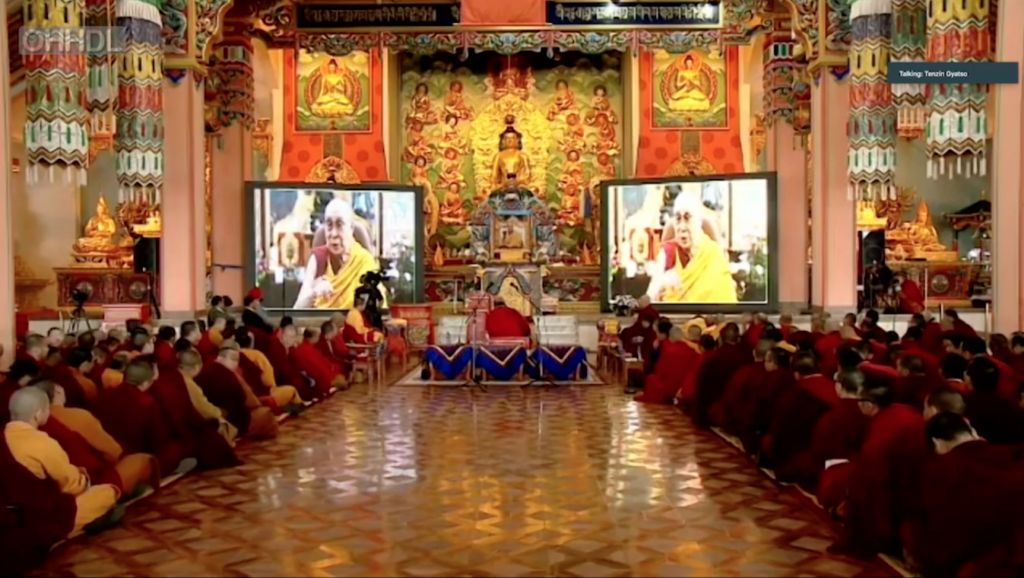 His Holiness the Dalai Lama addressing the gathering of Mongolian sangha at the annual debate ceremony organised by Gaden Tegcheling monastery. Photo/Screengrab

Dharamshala: His Holiness the Dalai Lama today addressed an assembly of Buddhist monks at Gaden Tegcheling monastery in Ulaanbaatar, Mongolia.

His Holiness said that Buddhism was not the primary bridge of Tibet and Mongolia’s relations as both their relations is said to have begun even before the spread of Buddhism to Tibet from India. Both being neighbours, they developed a longstanding historical and civilizational affinity.

“Buddhism gradually spread in Tibet and as an old saying goes, Buddhism is said to have travelled from north to north. From northern India, Buddhism originated and it spread northward to Tibet, Mongolia, and China, etc” said His Holiness the Dalai Lama.

His Holiness accounted that while he was in Tibet, he has met with many influential Mongolian Buddhist scholars and teachers. Among them, His Holiness mentioned that the best and most influential was a teacher named Ngodup Tsognyi from Sera Je.

Despite going through a difficult course of history, His Holiness commended the Mongolian for effectively preserving the faith and Buddhist heritage of Mongolia and advised them to benefit others through the Buddhist teachings.

Recounting one of his Mongolia visits in 1979, His Holiness explained that it was a difficult period for religious freedom, yet the Buddhist tradition had survived. “Despite everything, the Mongolian followers showed such zeal and dedication in preserving their faith that it brought me in tears”.

His Holiness asked the devotees especially the religious figures to pay more attention to studying Buddhist texts in the light of reason and logic and not studying it simply out of faith. He clarified that even the great scholars of Nalanda tradition analyzed and examined Buddhist teachings and a few times they refuted some of the teachings because it contradicted their logical analysis.

“Do not take the teachings of Buddha on faith alone but examine and confirm them using logical analysis” said His Holiness. He added that Buddhist teachings have a wider scope for benefitting others if it is evolved from a study of religion and faith.

His Holiness was invited by the Gaden Tegcheling monastery in Mongolia to address the assembled Mongolian monks at the Battsagaan Grand Assembly Hall.

Monks from both Sera Je and Deprung monasteries led by Mongolian Geshe Lharampas participated in the annual debate. The purpose of the debate is to maintain the studies of those Mongolian monks who had temporarily returned to Mongolia from their respective monasteries in South India due to the COVID-19 pandemic. 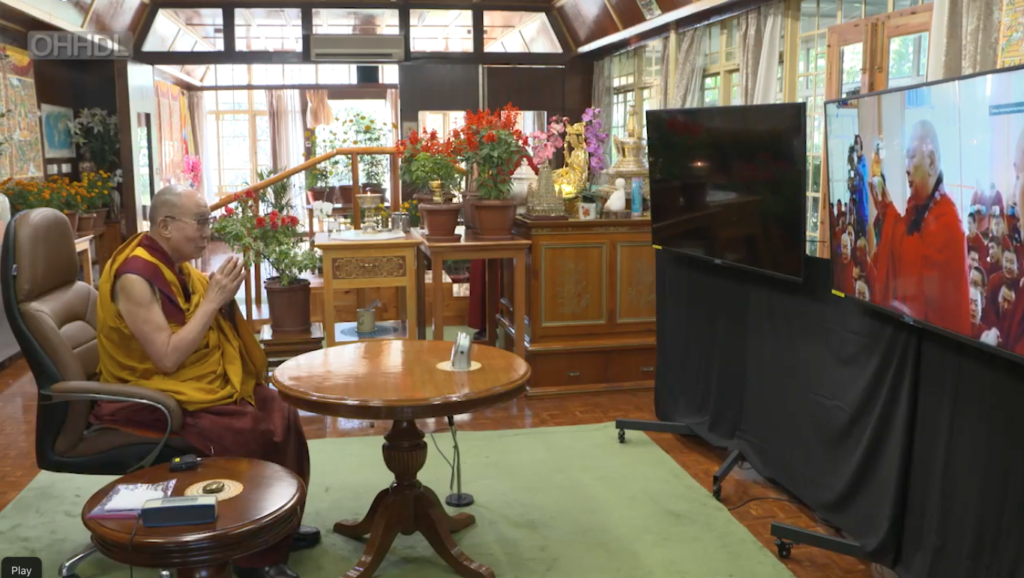 Khen Rinpoche making a mandala offering to His Holiness the Dalai Lama at beginning of the ceremony via the teleconference. 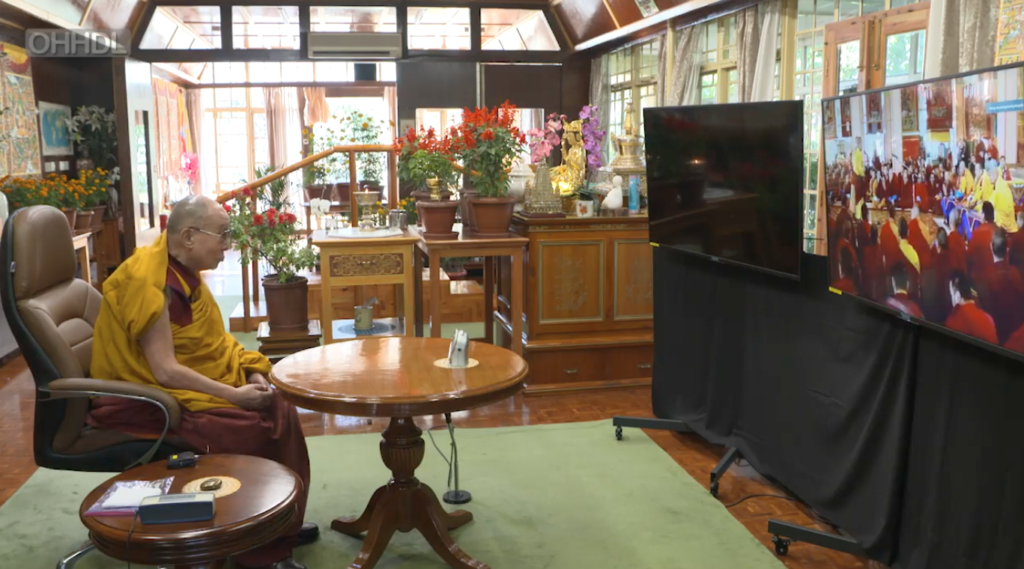 Mongolian monks present a Buddhist dialectic debate in front of His Holiness the Dalai Lama via the teleconference.