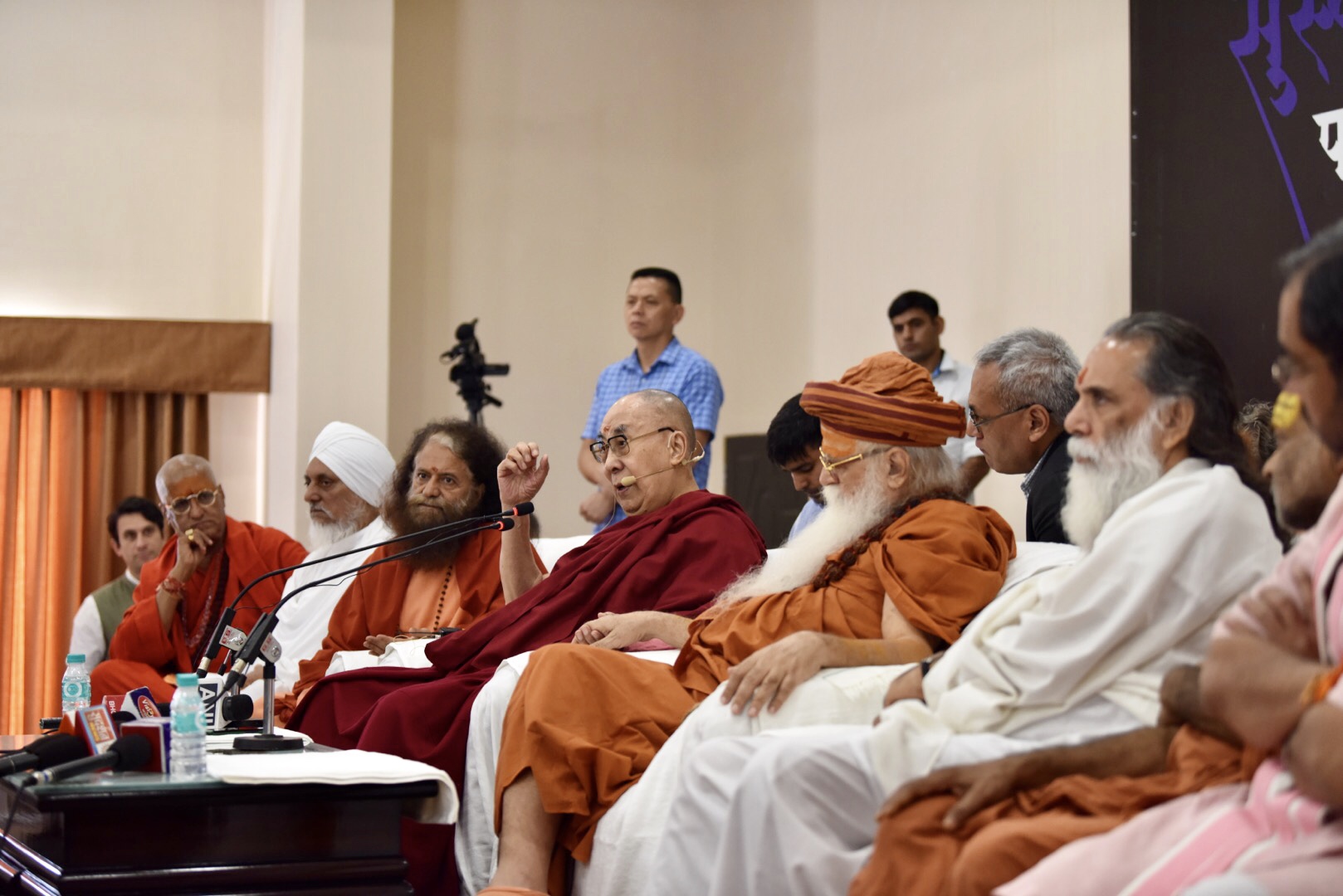 Mathura, U.P: As part of his week-long schedule in Delhi, His Holiness the Dalai Lama visited Karshni Ashram in Mathura for a two-day stay at the facility from 22-23 September.

This is His Holiness second visit to the Ashram, the first being in 2017.

During his stay at the ashram, His Holiness participated in the Guru Puja, an offering of gratitude to the lineage of enlightened masters, accorded by the temple priests under the spiritual head of Swami Karshni Gurusharanandaji Maharaja.

Following the elaborate ritual, His Holiness the Dalai Lama addressed the gathering and expressed his sincere respect and admiration for the Sanskrit language as he noted the vast and rich ancient Indian philosophy particularly Samkhya philosophy embedded in the language. He asserted that many sacred ancient thoughts and literature are extensively expressed in the Sanskrit language.

“Even the study of five major subjects pursued in Tibet is done in Sanskrit”, noted His Holiness the Dalai Lama while thanking the scholars for the elaborate recitations in Sanskrit.

Speaking on the ancient Indian tradition particularly Nalanda tradition, His Holiness specified that concept of Ahimsa and Karuna constitutes the fundamental message delivered by the ancient knowledge that has its relevance in the contemporary world.

He further attributed India for imbibing the age-old concept and setting an example of religious tolerance and harmony to the rest of the world. Meanwhile, he urged young Indians to preserve its ancient knowledge vis a vis the study of modern education.

“Preservation of Indian tradition is not just for the benefit of India, but also for the entire world,” said His Holiness.

He commended Swamiji and the members of the ashram for their effort in preserving such tradition.

On the second day, His Holiness interacted with local media personnel where he answered and clarified a few questions.

The hour-long event was presided by 7 spiritual saints including the spiritual head of Guru Karshni ashram, Swami Karshni Gurusharanandaji Maharajaji.

His Holiness spoke on Ahimsa, Karuna, religious tolerance and communal harmony. Expressing his earnest contentment over the visit, His Holiness said, “I applaud this ashram and Swamiji for the humanitarian work being done by them”.

The event concluded with an address by Swami Karshni Gurusharanandaji Maharajaji who, in his acknowledgement, hailed His Holiness as a strong advocate of religious harmony and tolerance. He marvelled the optimism of His Holiness for his ability to stand positively in the face of adversity and remarked that the world has not seen a person more compassionate and peace-loving than His Holiness the Dalai Lama. He further admitted that the guru-puja of His Holiness was one way of expressing honour and gratitude by the ashram to His Holiness for his profound and insightful wisdom.

His Holiness left for Delhi after the event. He is scheduled to attend the inter-religious harmony event to be held at Gandhi Ashram, New Delhi on 25 September. 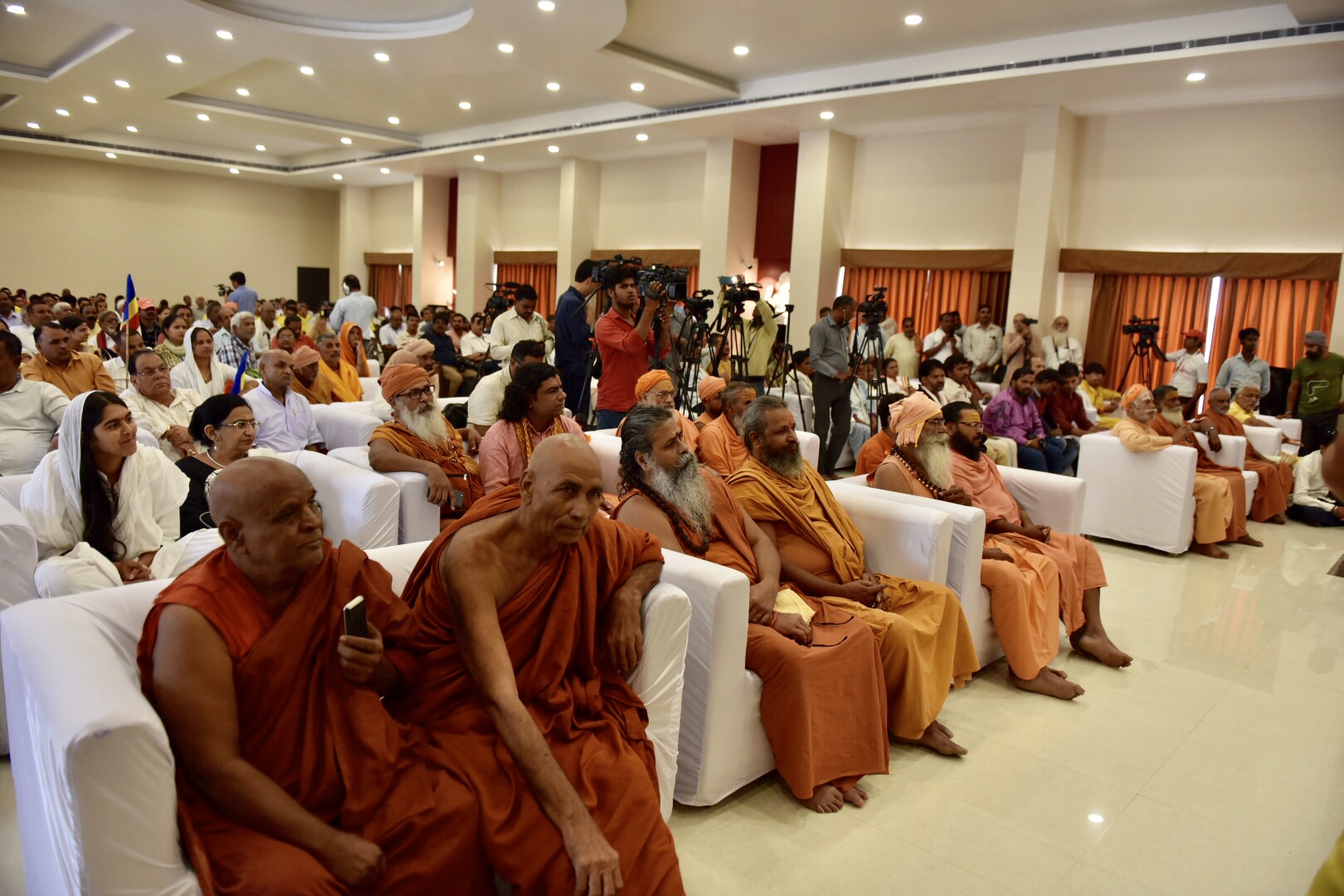 Members of various religious groups and media listening to the His Holiness the Dalai Lama. Photo/Tenzin Phende/CTA 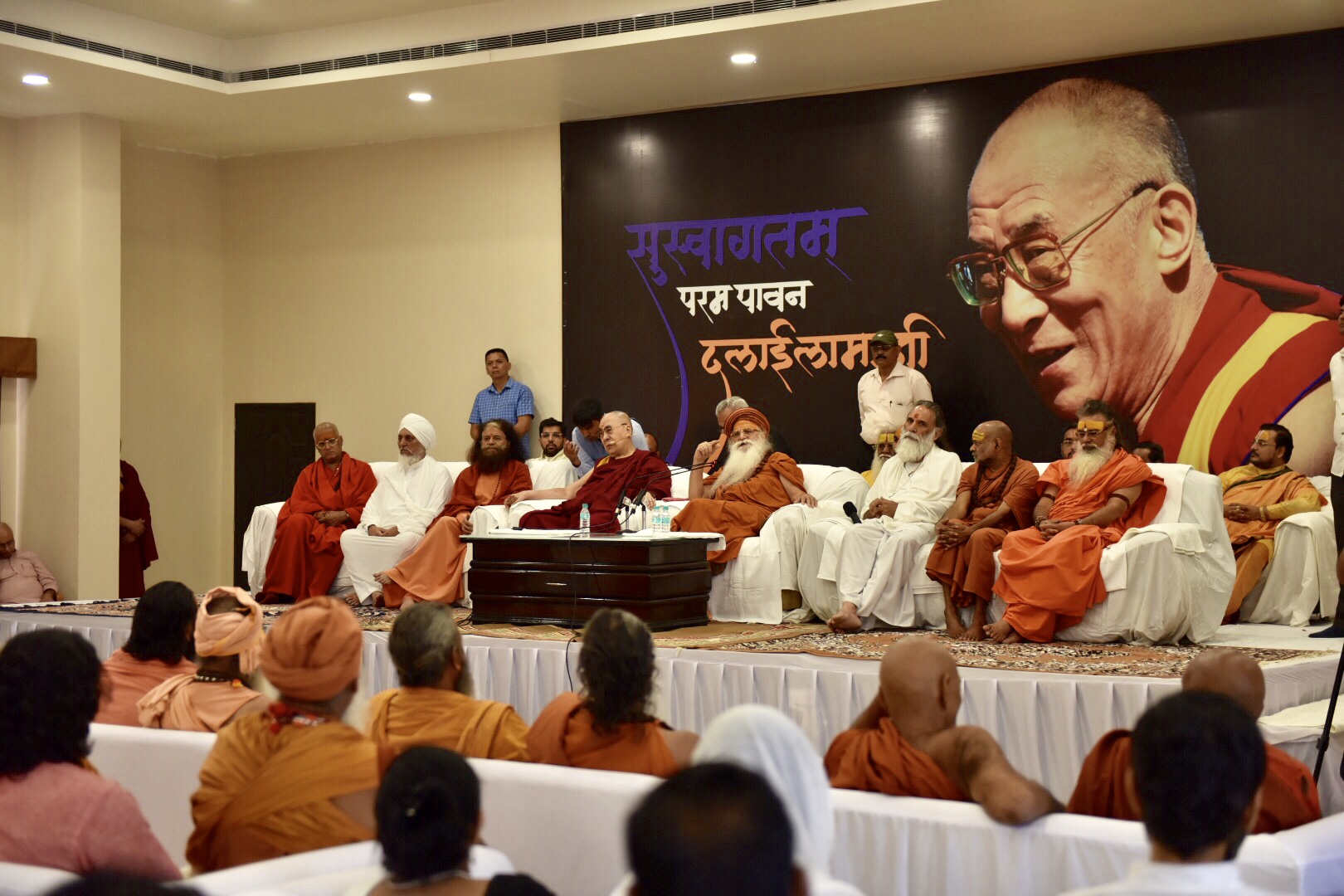 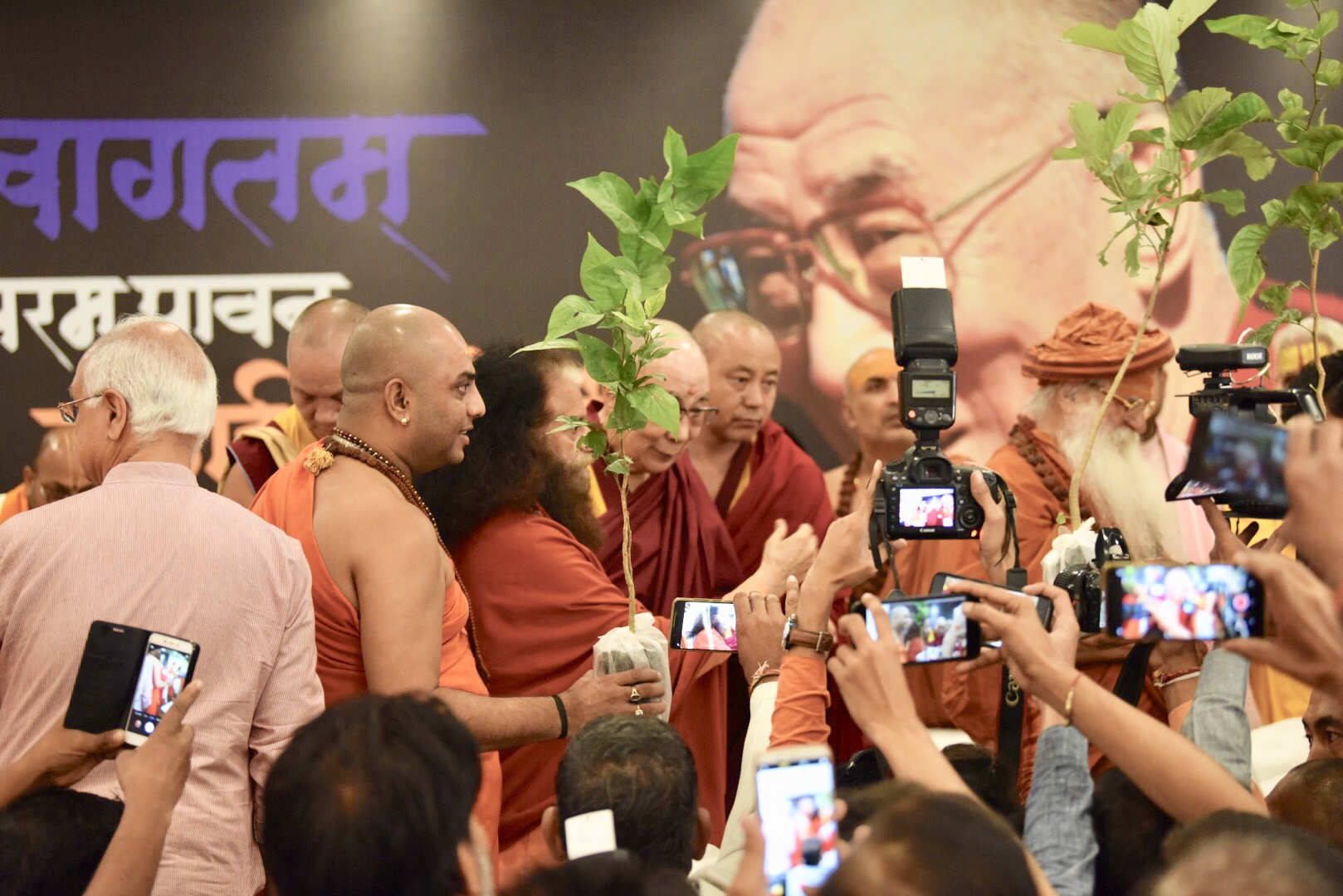 His Holiness the Dalai Lama blesses a sapling alongside 7 spiritual saints at the ceremonial proceedings, 23 September 2019. Photo/Tenzin Phende/CTA