His Holiness Stresses on Moral Ethics, Science and Time at the Frankfurt Conference 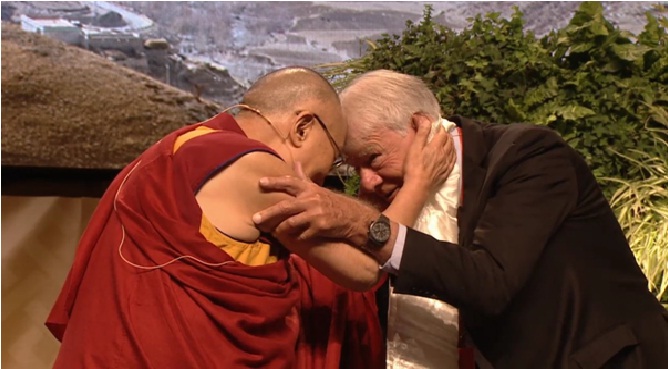 His Holiness the 14th Dalai Lama and Neuroscientist Prof Dr. Wolf Singer during the concluding minutes of the morning panel of the conference held at Jahrhunderthalle convention center, Frankfurt, Germany on 14 September, 2017

His Holiness the 14th Dalai Lama participated in the morning panel of the conference on “Western Science and Buddhist Perspectives” at the Jahrhunderthalle convention center in Frankfurt, Germany on 14 September.

The Jahrhunderthalle convention center was filled with a crowd that eagerly waited to listen to His Holiness, and some to seek blessings.  A handful of researchers and intellects were also invited to present their theories and thesis on the topic mentioned. Ernst Ulrich von Weizsäcker, German scientist and politician, son to Dr. Prof Carl Friedrich von Weizsäcker who was His Holiness’ first quantum physics teacher, was invited along with neuroscientist Dr. Prof. Wolf singer, Editor Gert Scobel, neuroscientist Dr. Britta Hölzel and Prof. Lobsang Negi who explained the foundations and models of a secular concept and global ethic through presentations. They also discussed similarities and differences between the Buddhist and western scientific perspective.

His Holiness in his address said, “Today’s world has seen a lot of progress in the materialistic, economic and other fields, but I think today’s world there is some kind of mental crisis. Too much fear, too much anger because of the contrast in mental level thus leading to use of physical action like bullying and neglecting thousands of people particularly children, women who are dying. Then there is the big question, whether we can do something or not. “

“Mental consciousness is important in order to keep peace of mind and through that better health.” 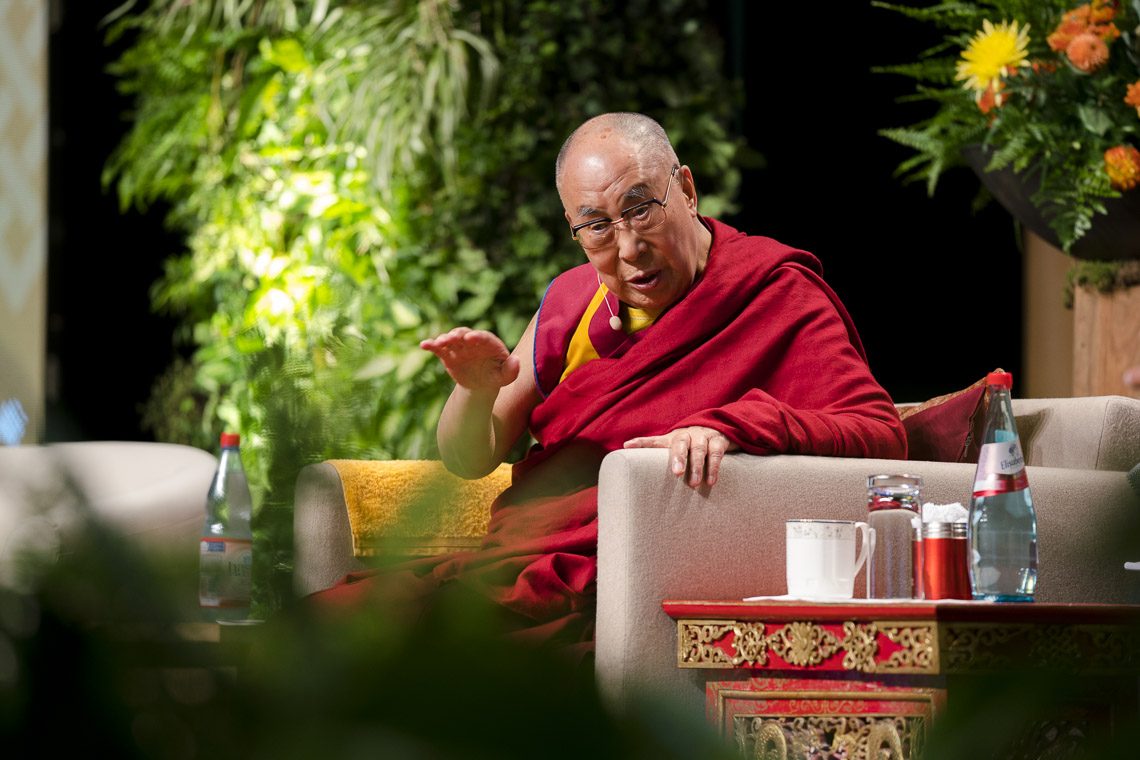 His Holiness commenting on the presentations brought forward by the participants at the Frankfurt conference. Photo by Tenzin Choejor

His Holiness mentioned the importance of time and said that there would be no development if time remained stagnant. “If time does not move then there is no further progress. Movement of time brings about change. So according to that reality, we have the opportunity to explore our intelligence in a maximum way, with a more far-sighted and holistic vision. This is why I feel this kind of meeting is important.”

In His Holiness’ comment to the presentations brought forward by the researchers and intellects present at the conference he said, “At a mental level, modern education is not adequate. We should add something into education but that should be through research and analysis. Common people find it more acceptable if it is a scientific finding. “

“I had serious discussions with scientists over the last thirty years which led me to believe that ethics must be based on common experience, common sense and scientific findings.”

Nearing the concluding minutes of the morning panel of the conference, His Holiness expressed his appreciation and gratefulness to everyone who put so much effort and care in doing their research work and making clear presentations about its values.

After His Holiness’ address, he engaged in a question and answer session. The questions were brought forward by the participants of the conference and a handful of people from the crowd. 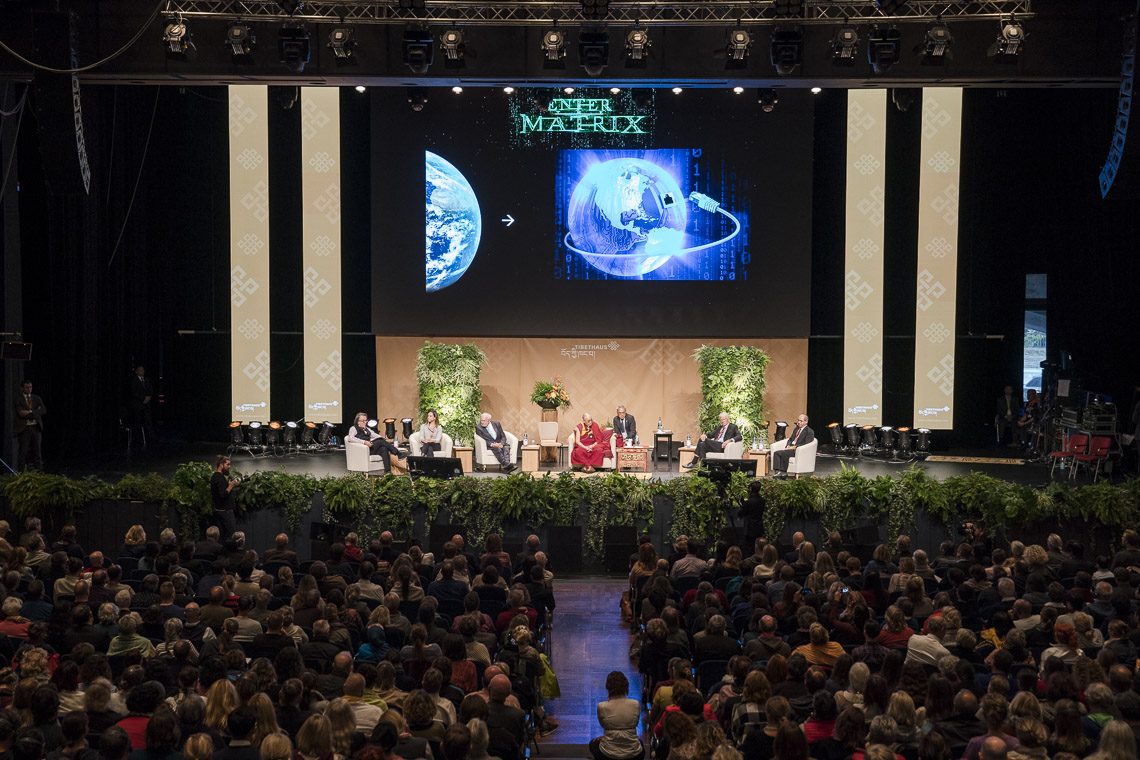 View of the stage at Jahrhunderthalle Convention centre, where the conference was held. Photo by Tenzin Choejor